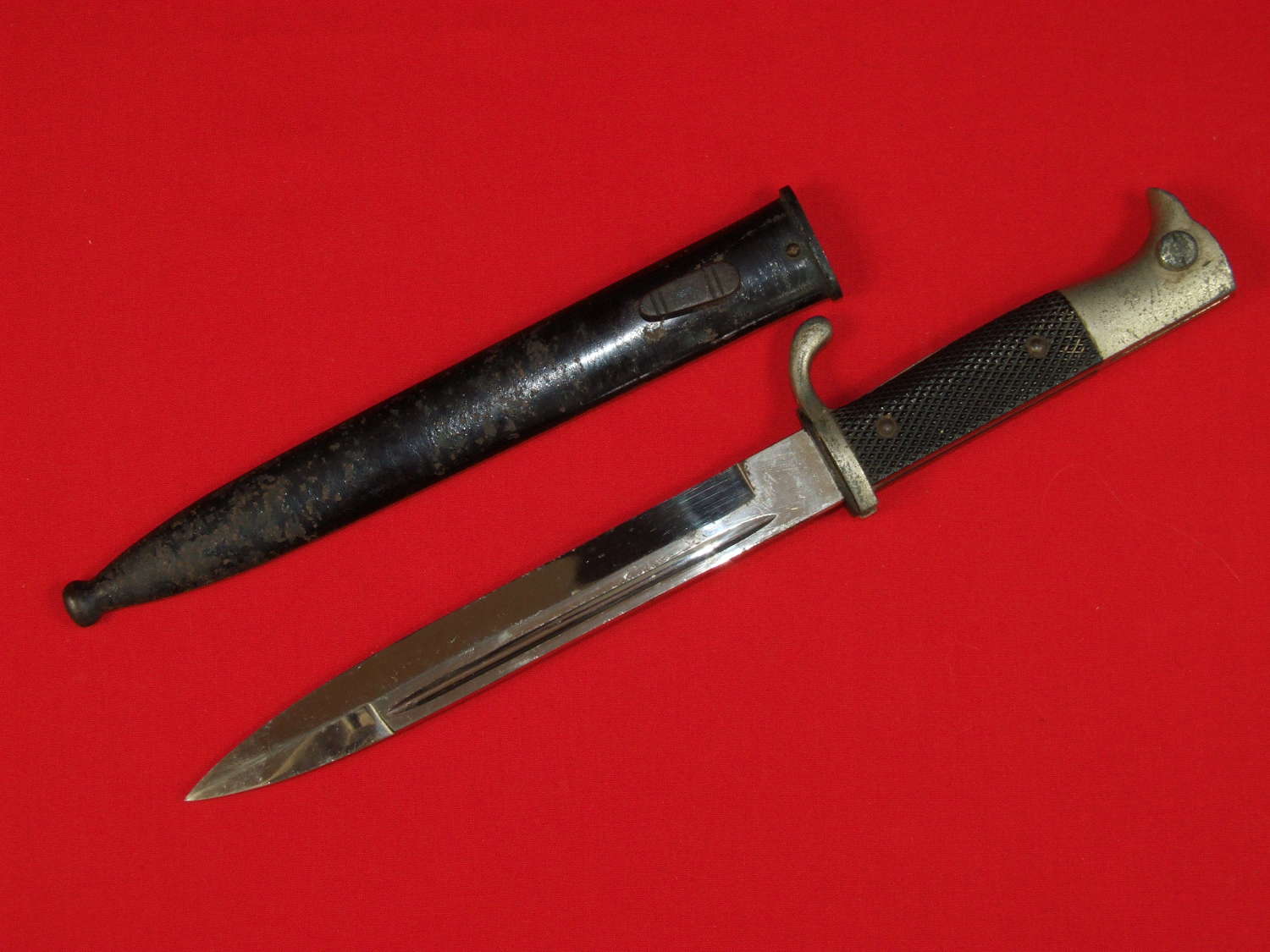 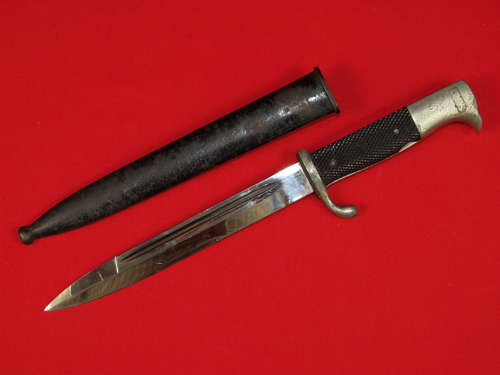 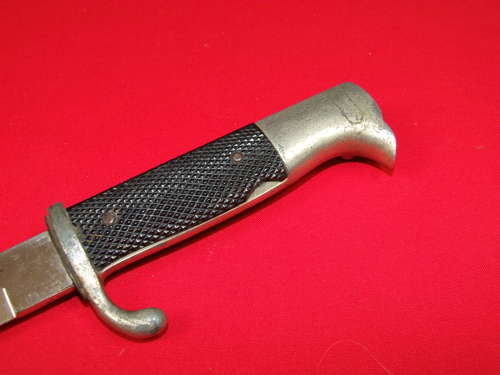 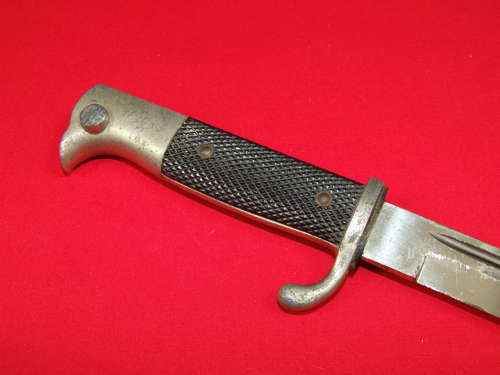 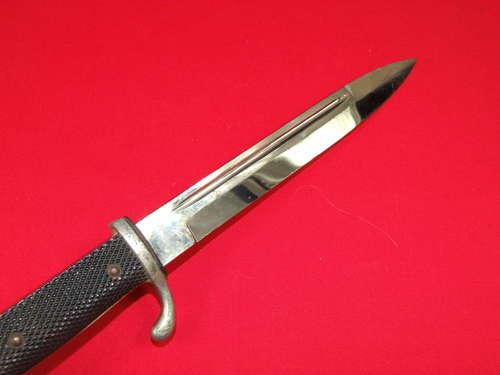 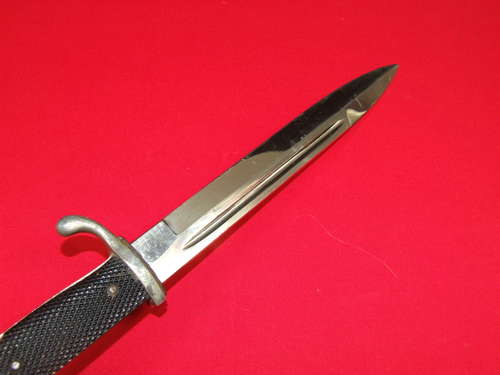 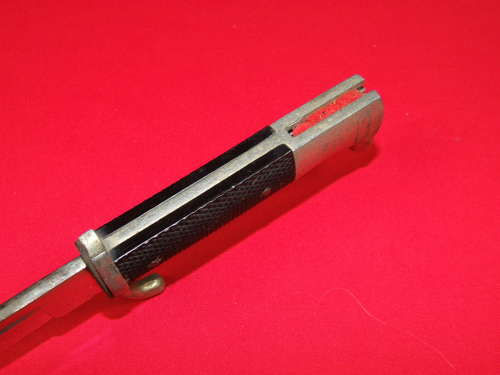 German Ceremonial or Walking Out Bayonet

A nice example of WW11 period German Heer of Luftwaffe dress or walking our Bayonet.

Perhaps best described as an entry level example the blade retains most of the bright nickel finish any marks perhaps polishing out. The crossguard and pommel have dulled somewhat but the release catch works well and the and the felt pad remains in the fitting groove. There is a chip to one grip.

The scabbard is without damage but has lost a considerable amount of its black paint.

The German Military had a long history of using special bayonets when they were off duty but in uniform and it became even more popular during the Weimar Republic.

These privately purchased bayonets were never intended for combat use but became a natural ceremonial contribution to their uniforms.

These bayonets came in two lengths, a shorter length blade for NCO and a longer length as we have here, for enlisted men.