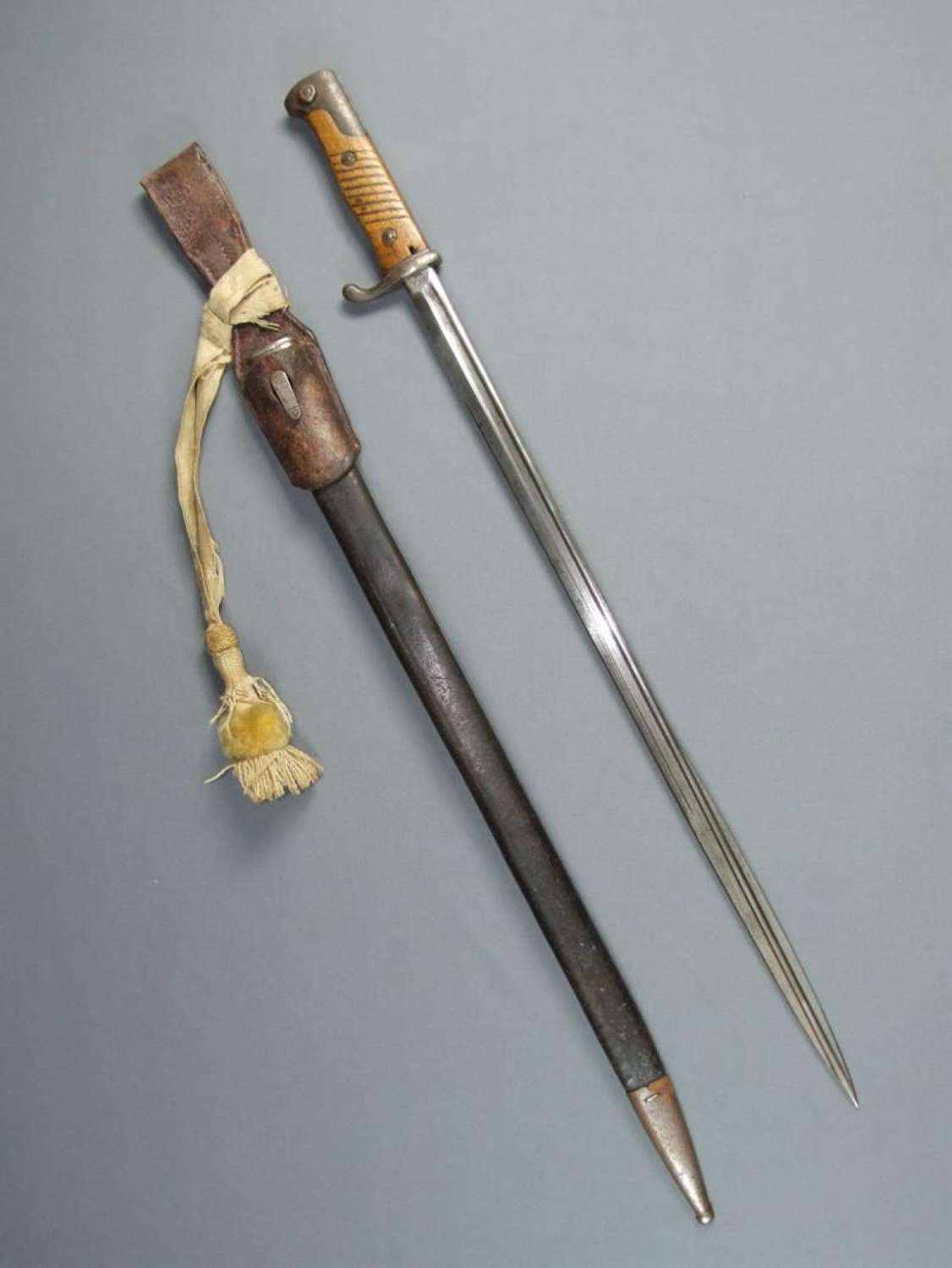 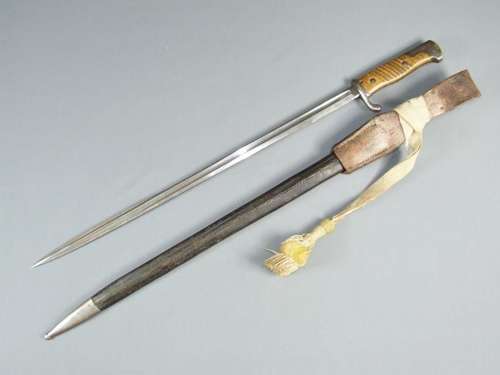 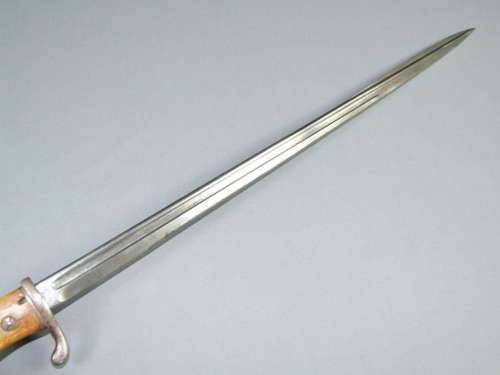 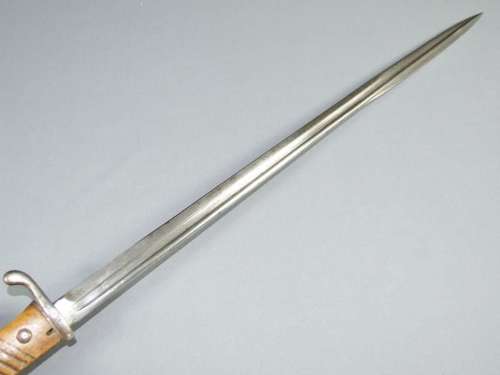 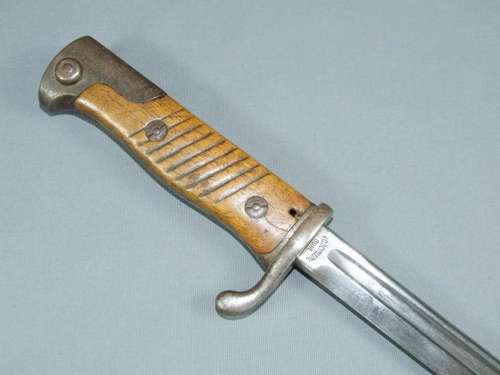 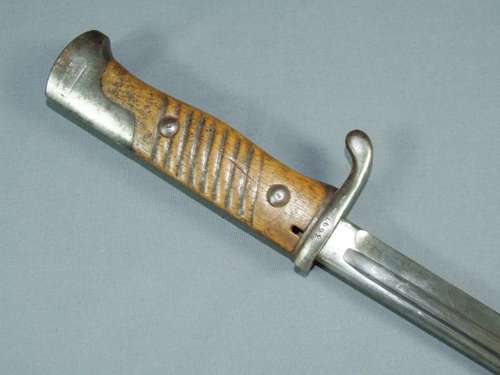 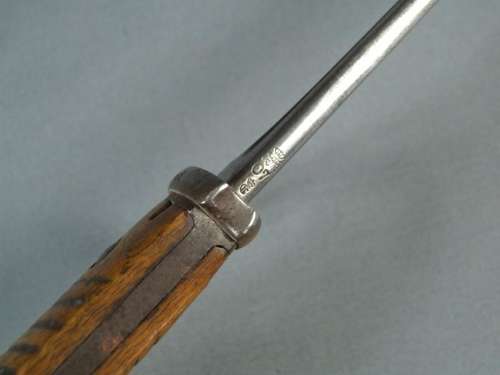 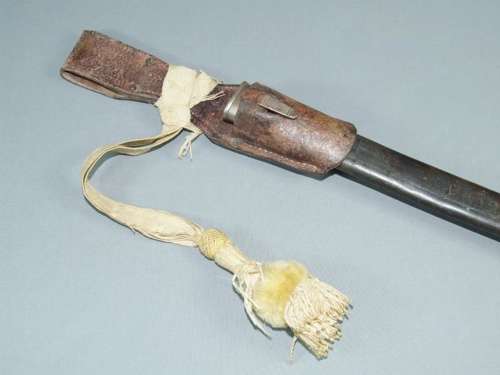 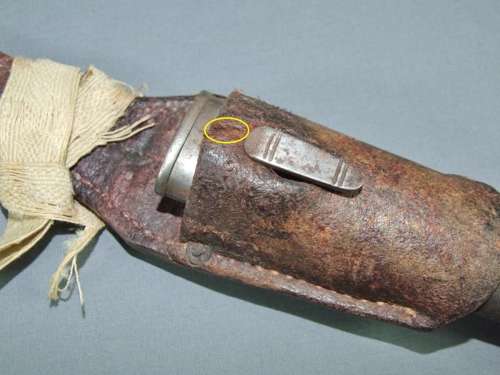 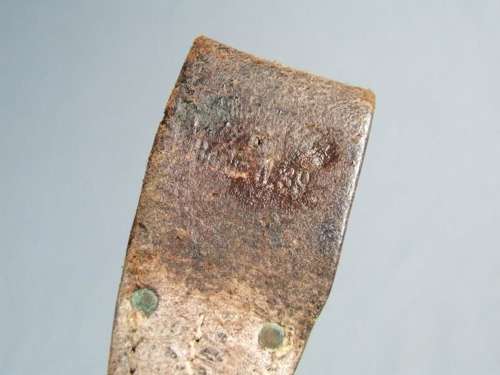 A very good example of a German S98 nA (neu Art) Bayonet, complete with scabbard, frog and tassel.
The Bayonet itself is in very good condition, pommel and spine with three inspection stamps, the wood grip in two halves and free from damage, their design distinguishing them from the earlier pattern with a single wrap around grip.
The cross guard is again free from damage and carries one inspection stamp and the serial number 3690. There are no regimental markings.
The blade measures a little over 520mm, is free from damage with some darkening, the ricasso marked to V.C. Schilling, Suhl. The upper edge carries the Cypher of King Frederick August 111 of Saxony, the date 07 and yet another inspection stamp, the lower edge at the ricasso with the number 1.
The leather scabbard is again very good with just light bruising, the chape and throat fittings with some light surface rust. There is some reluctance to withdraw and replace the Bayonet in to the scabbard due I image to the runners within the scabbard.
The frog remains sound, the stitching and copper rivets in place but there is a split just above the scabbard hook which I have shown in the pictures.
Finally the often missing yellow knot to the 3rd company, 1st battalion, 39th Regiment is in place which corresponds to the partly discernible stamping on the belt loop of the frog.
A fine example of an uncommon Bayonet.
UK Shipping only