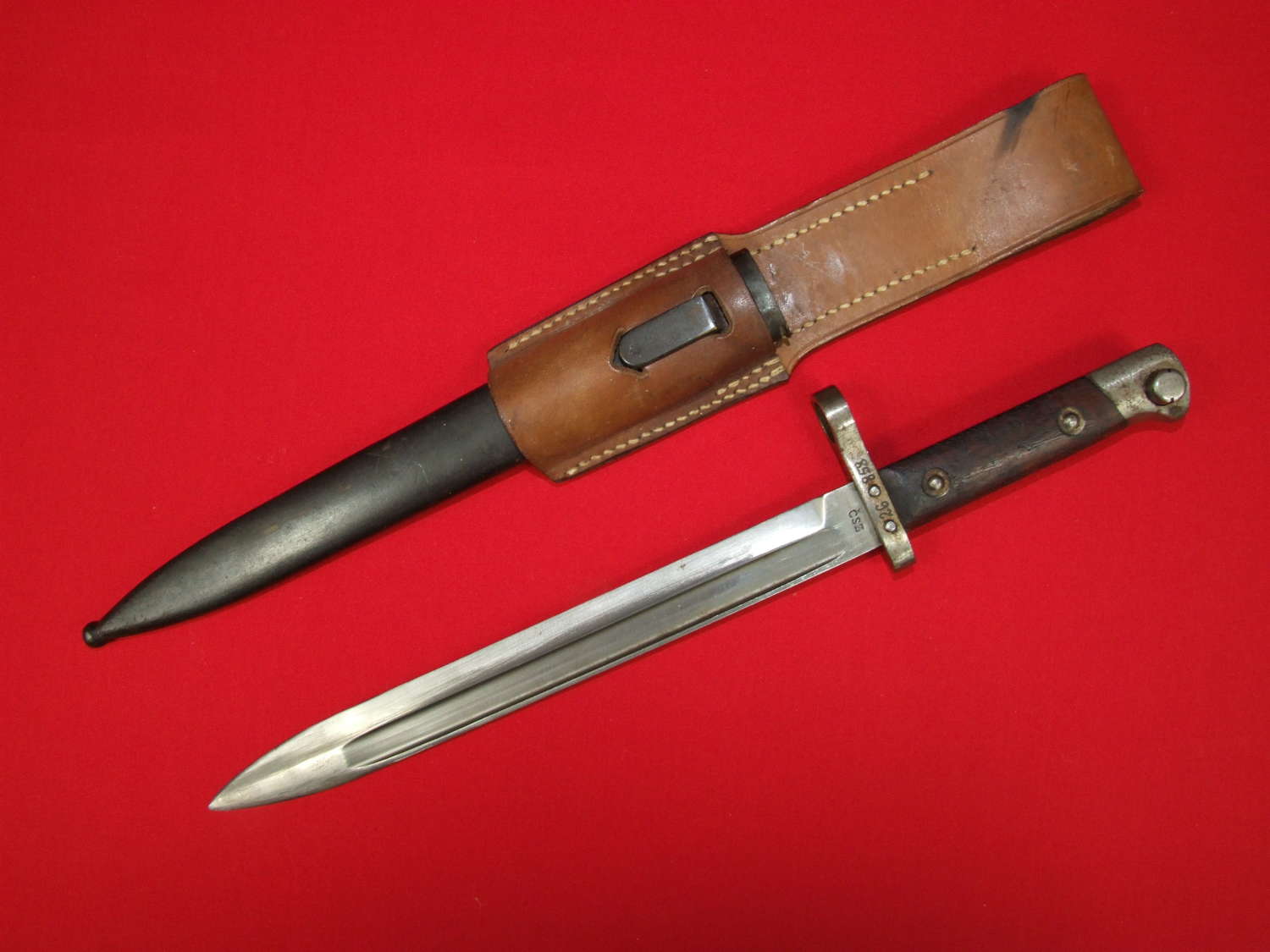 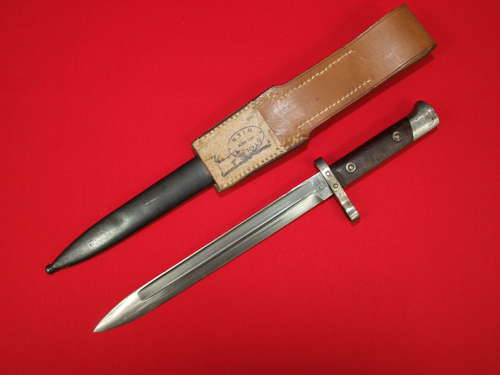 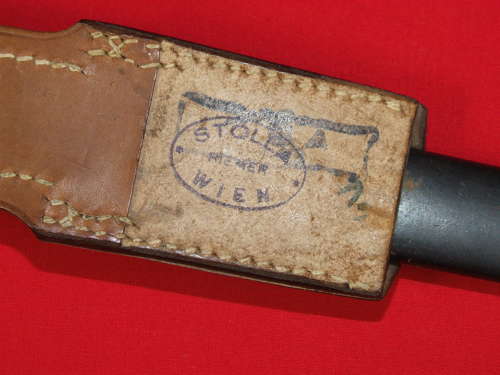 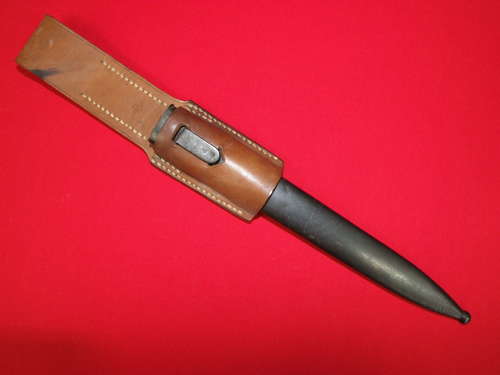 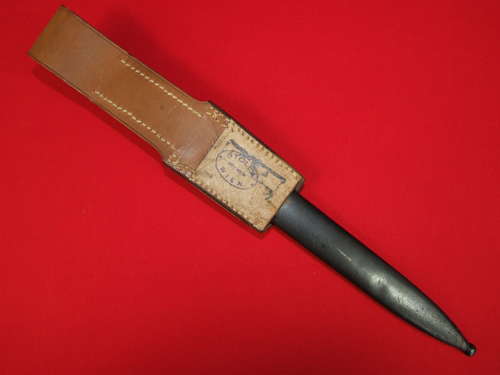 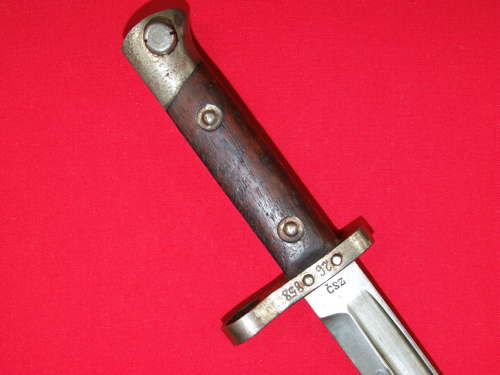 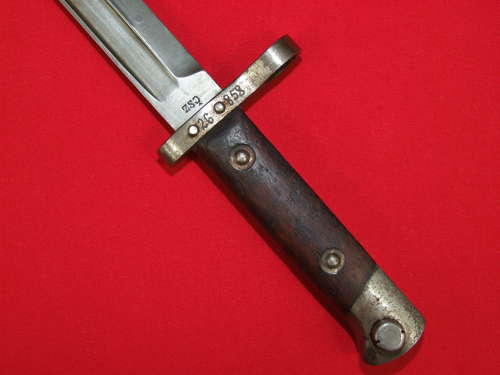 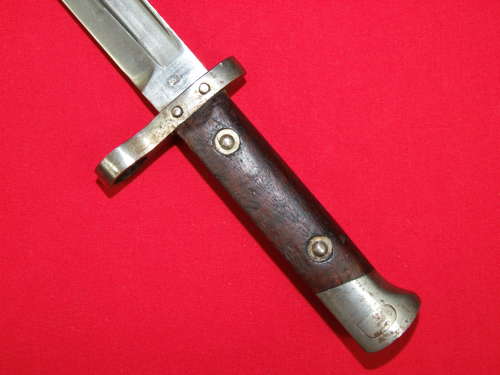 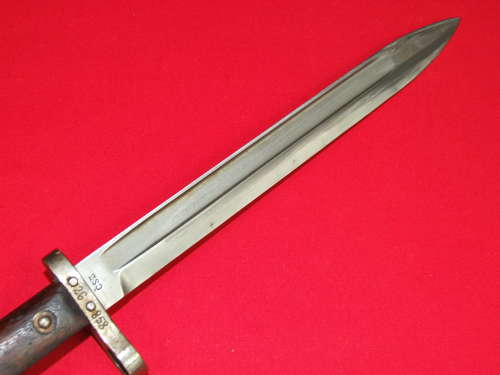 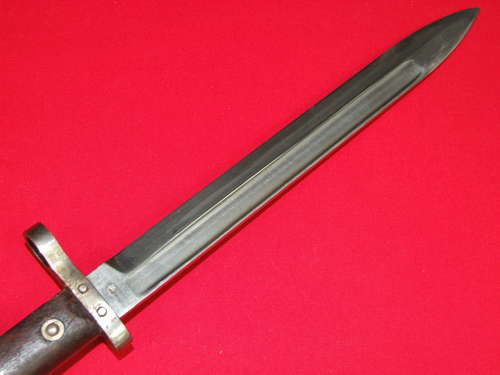 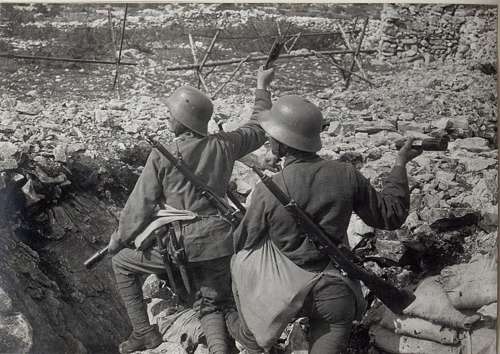 A very good example of a M1895 Knife bayonet for use on the 8 mm. M1895 Mannlicher rifle, which was produced in great quantities prior to and during the First World War.

The M1895 bayonet was the first knife bayonet to feature an inverted blade profile, where cutting edge faces upward when fixed.

This particular piece bears the marking of CSZ on the Ricasso showing it was produced by  CzechoSlovenska Zbrojovka, Brno in Czechoslovakia

The Bayonet itself is in very good condition, free from damage and with a bright straight blade. The scabbard is no less pleasing with virtually all of the factory blueing intact.

The is frog is exceptional but I believe made post war for the Austrian Gendarmerie by Stolla in Vienna.