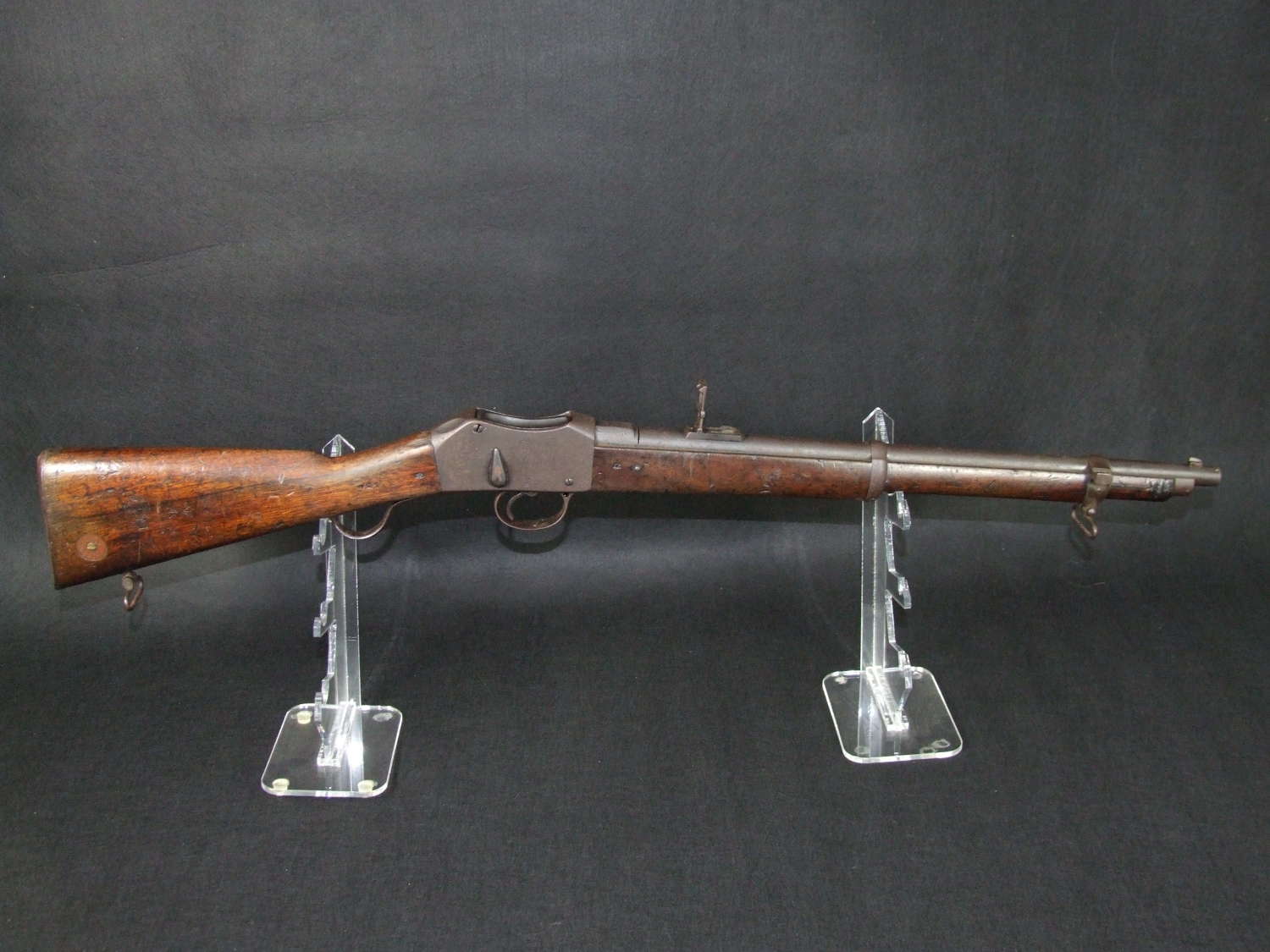 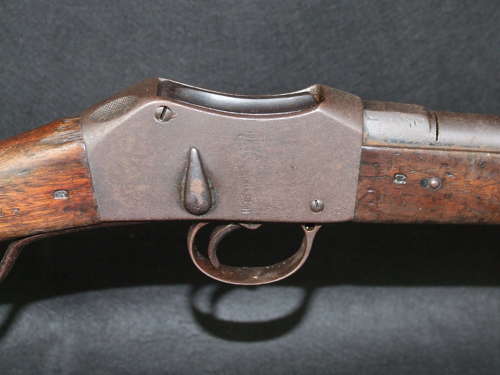 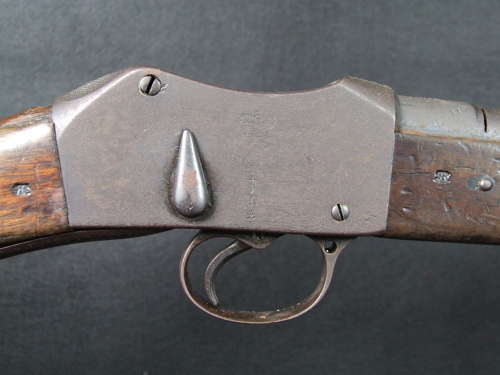 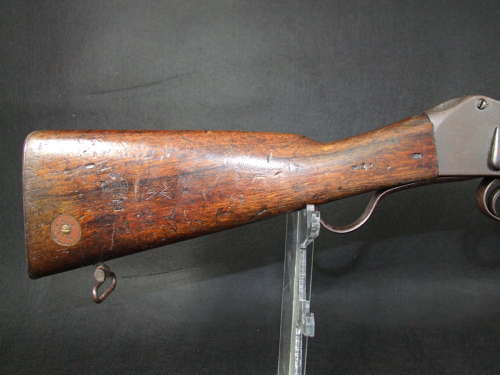 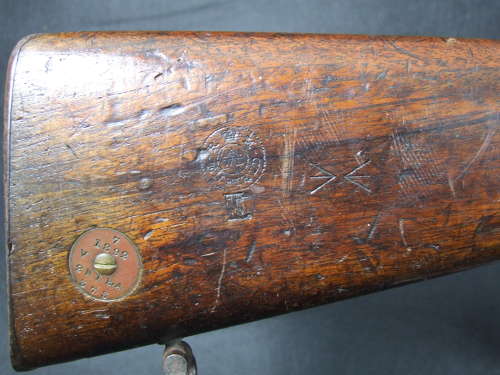 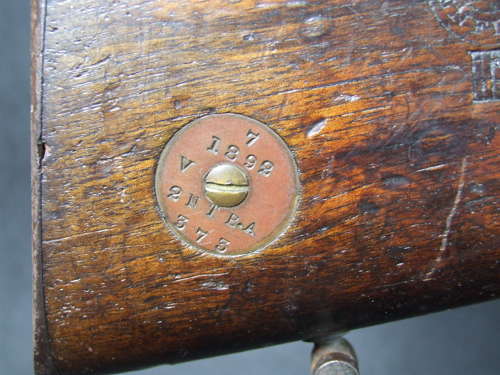 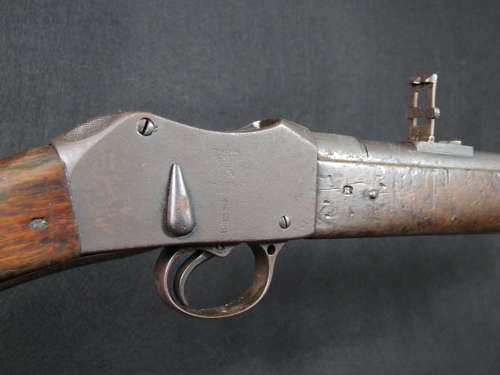 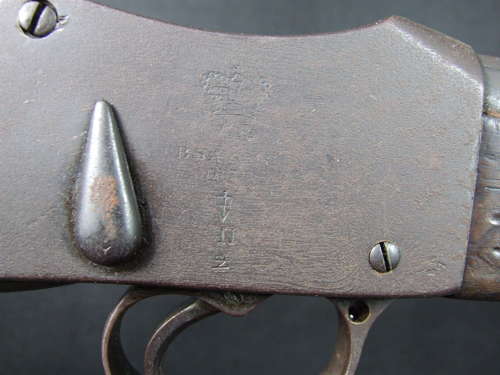 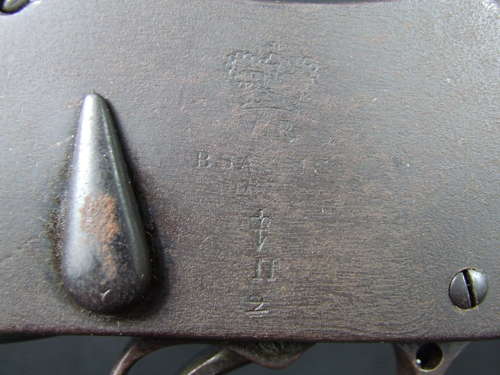 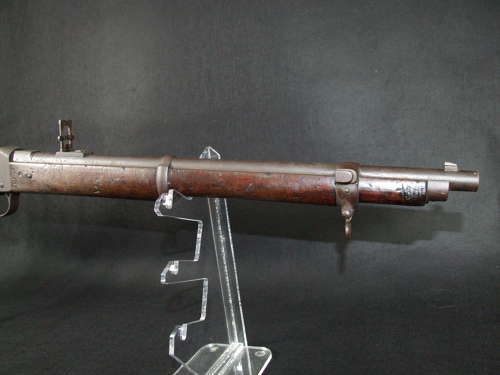 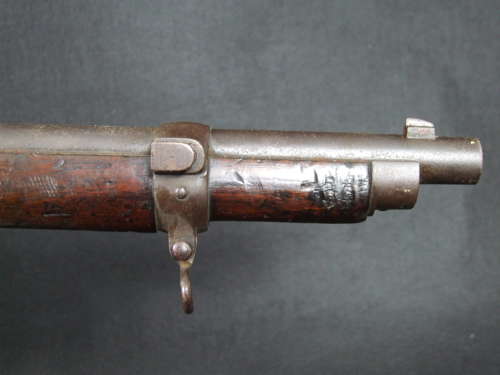 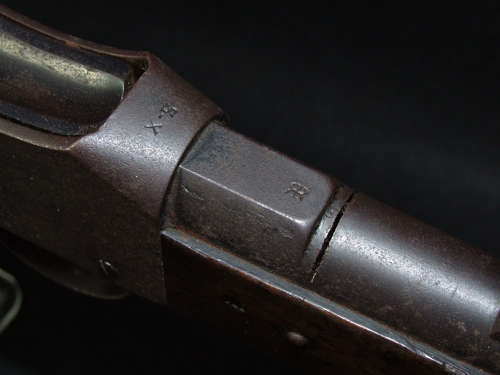 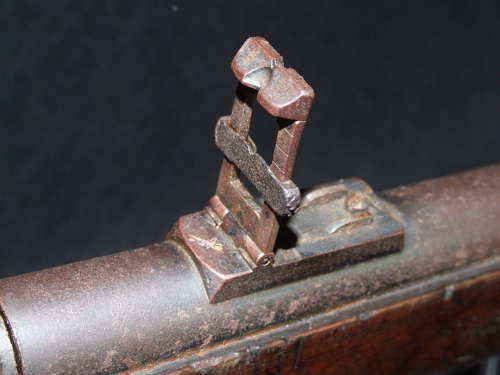 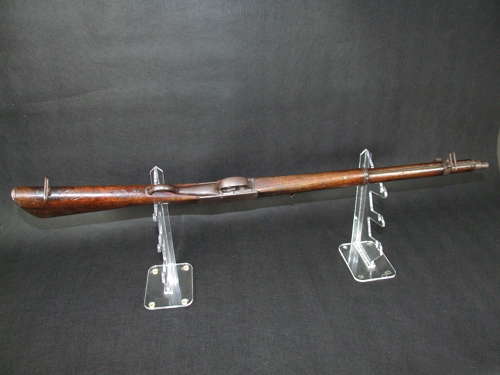 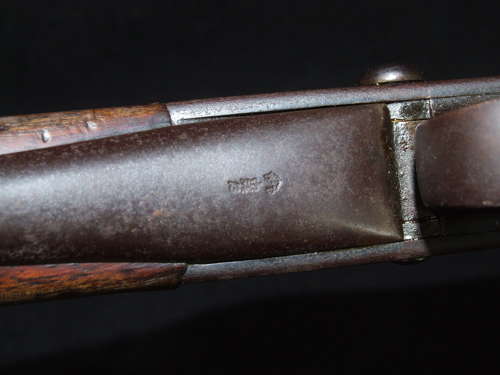 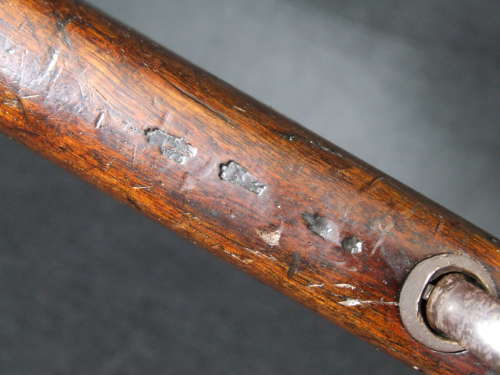 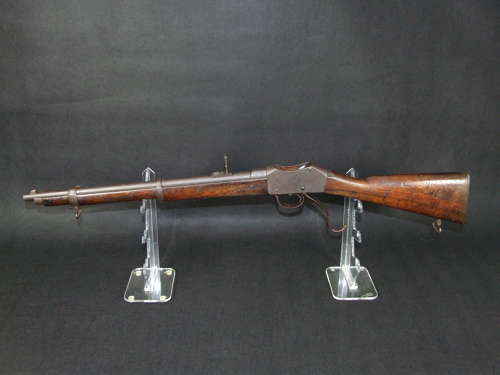 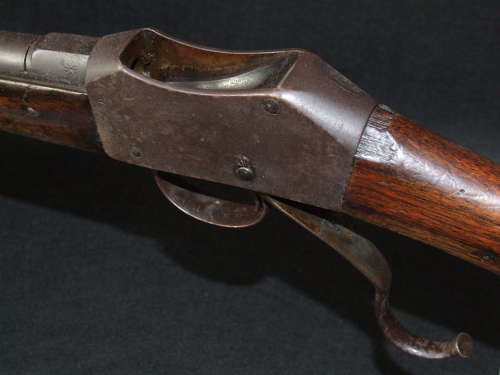 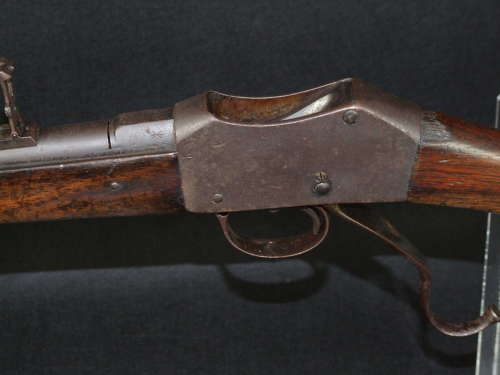 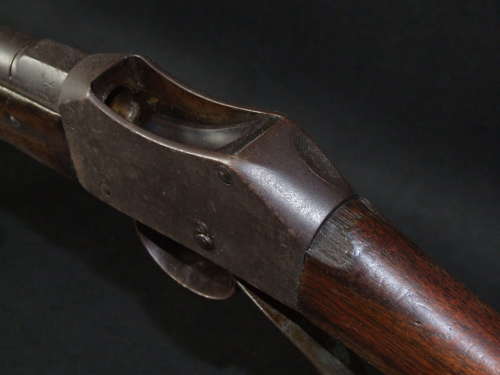 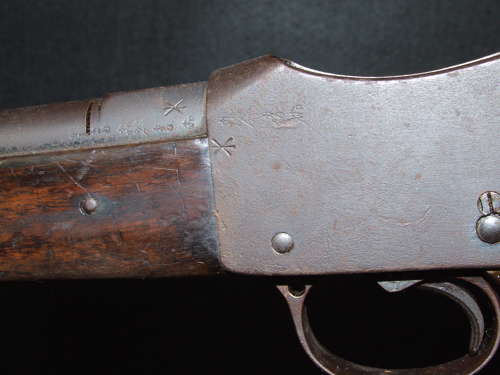 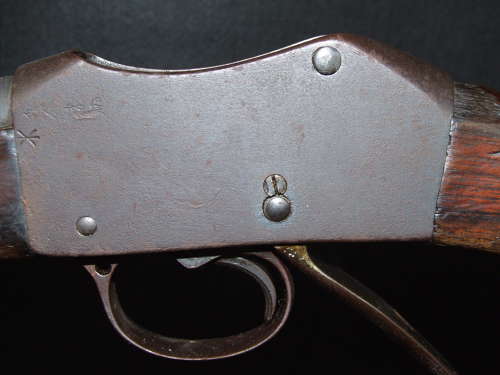 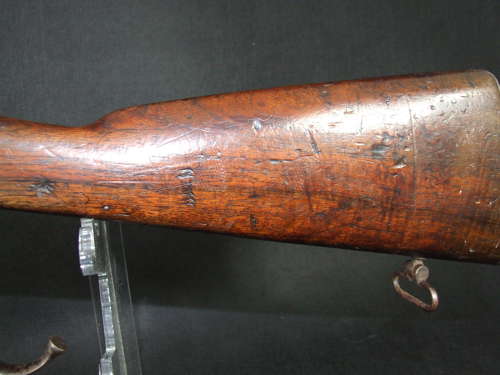 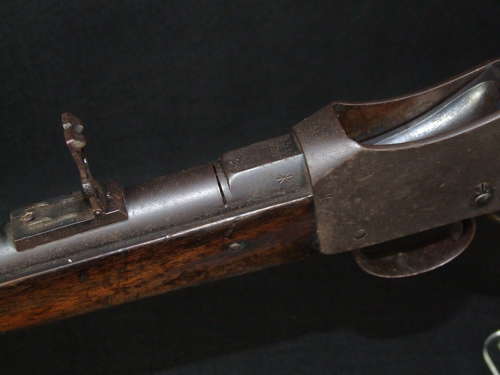 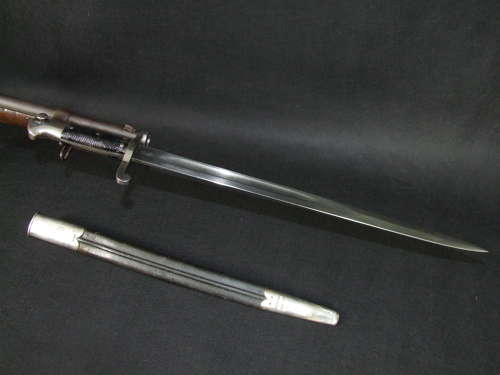 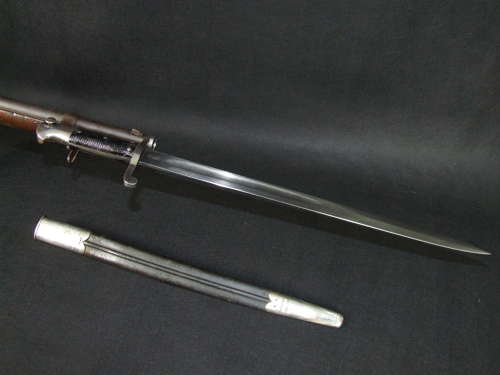 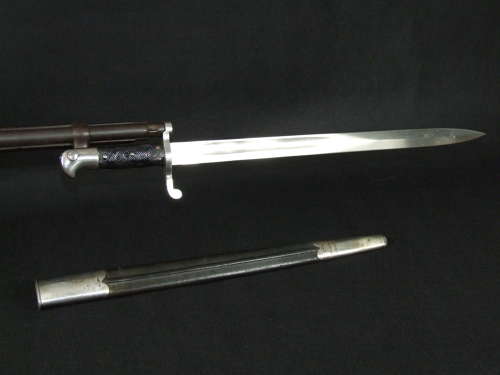 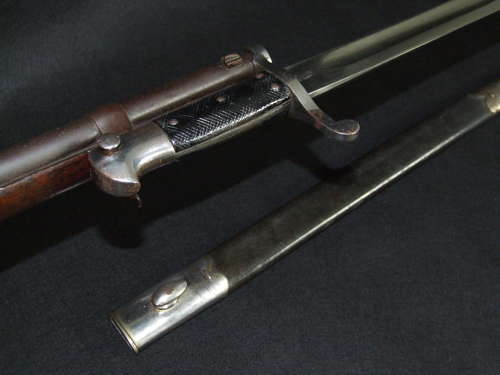 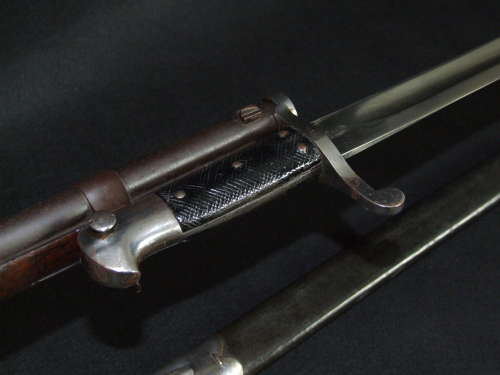 A good example of an 1892 dated British Martini Henry Mk11 Carbine. An obsolete calibre, this Carbine requires no deactivation certificate.

With the large scale introduction of the Martini Henry rifle in 1886 to the Militia and Volunteers, the next problem was the replacement of the Garrison and Volunteer Artillery small arms around the country. In 1891 a simple solution was found, it involved the conversion of many of the existing MkII and MkIII rifles that had been placed into the second class in the stores at Weedon into a serviceable carbine.

New component parts were installed including the pattern 1885 Strengthened extractor, with “S.X” being stamped on the receiver bridge as we have here and to correspond with the new style of unit markings, a 1” diameter brass stock disc was sunk into the stock. In this case the disc is marked, 7 1892, 2NT BA, 373.

Overall condition of this example is very good. There are numerous markings all of which I have attempted to show in the images. The metalwork has developed an overall patina but there is no pitting. It cocks and dry fires and to render the arm safe for training purposes and use by cadets, a period saw cut was made halfway across the barrel, just in front of the receiver block. There is no cleaning rod

I have included images of an attached bayonet for interest. The BAYONET IS NOT INCLUDED but is available as item 55297

UK Shipping only to those of 18 years or over.