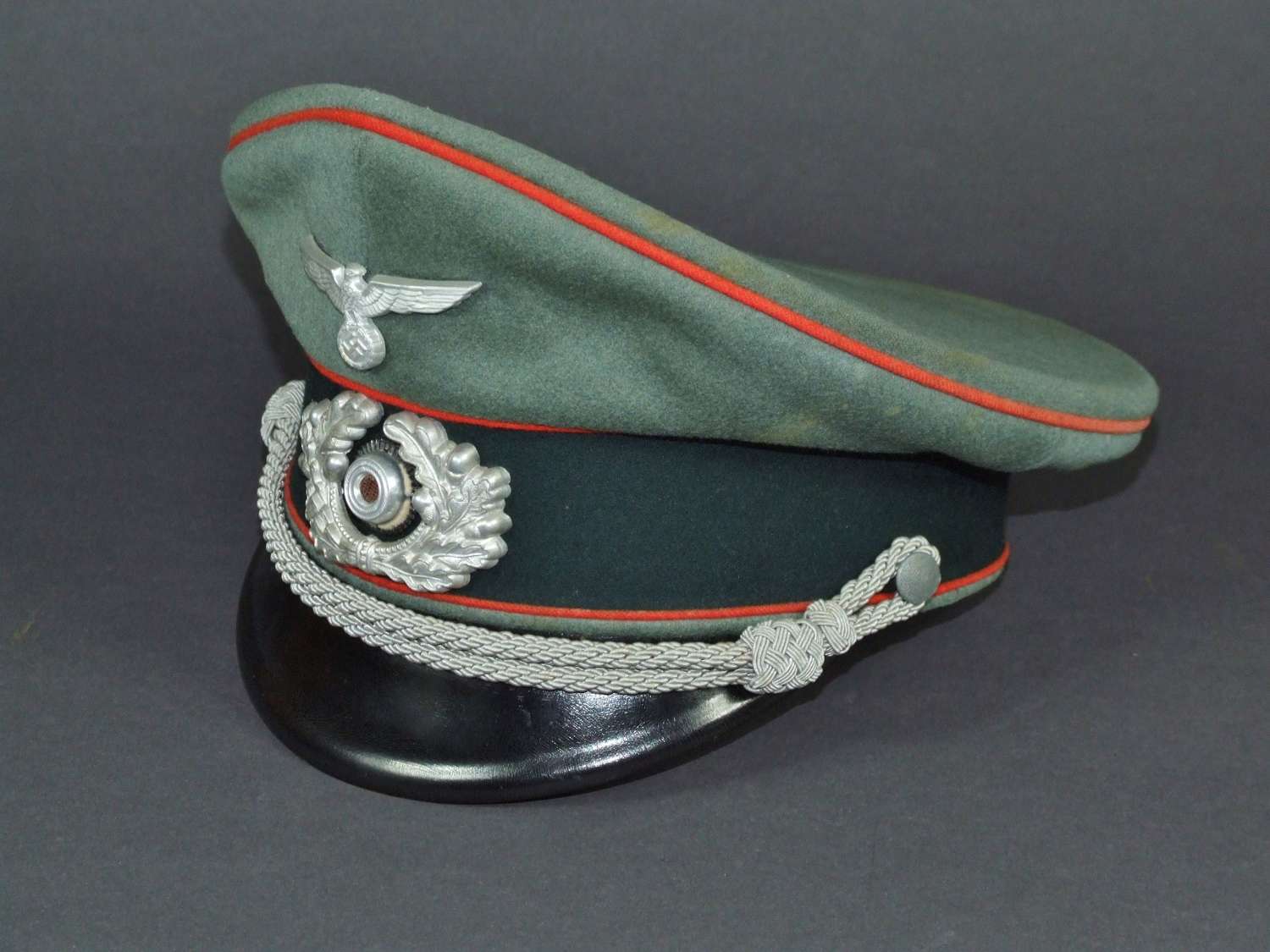 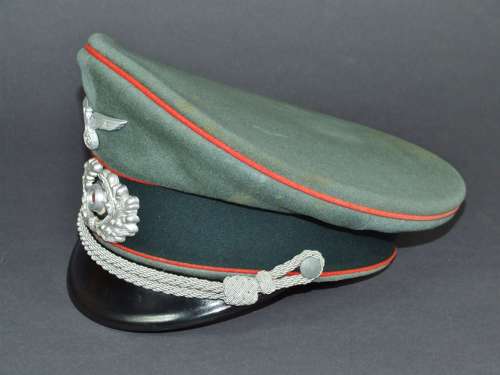 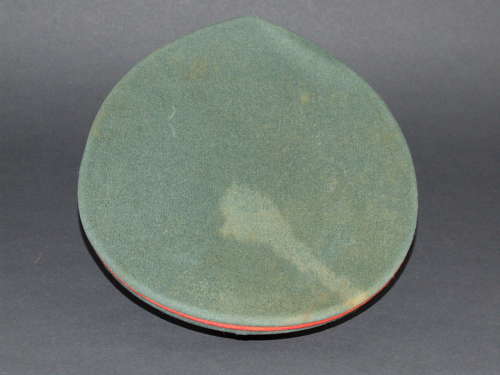 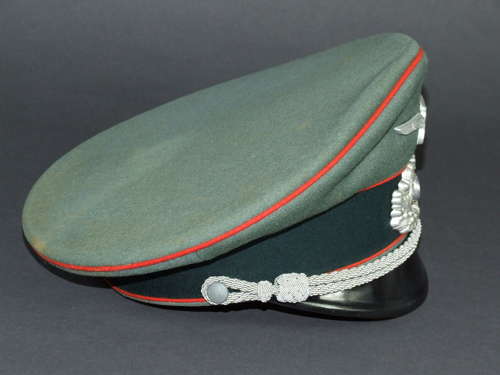 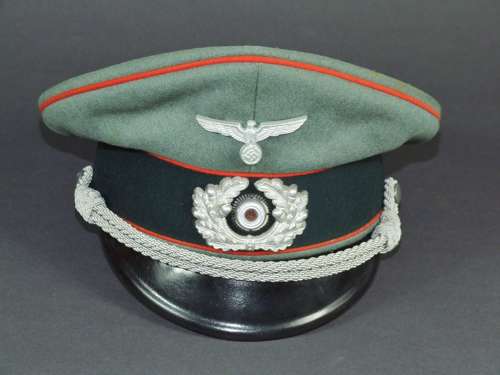 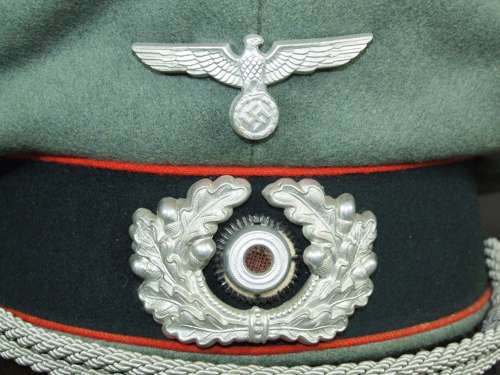 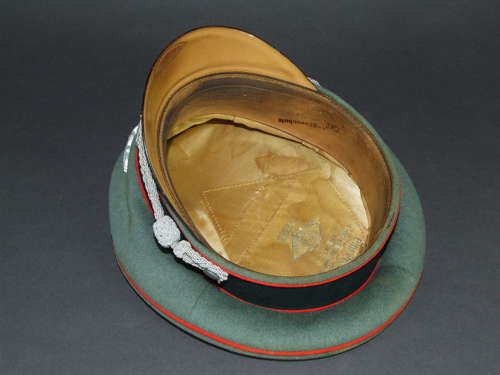 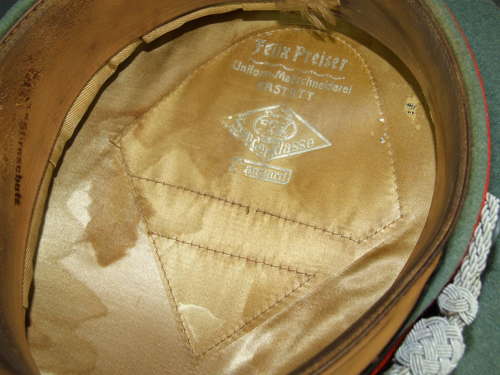 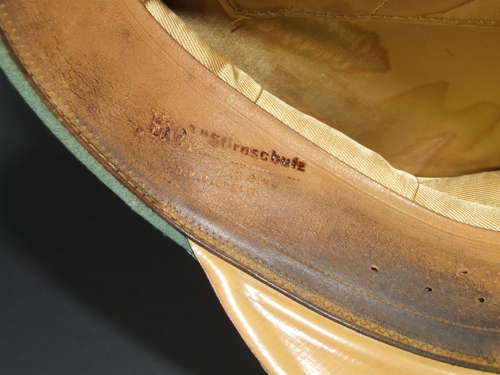 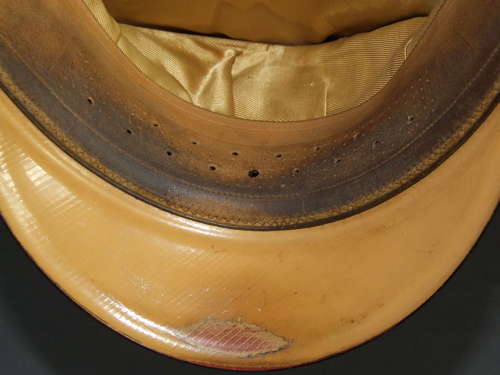 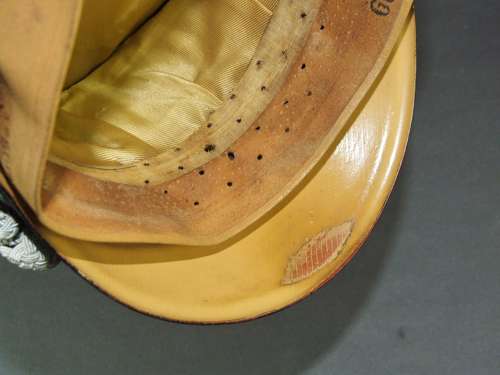 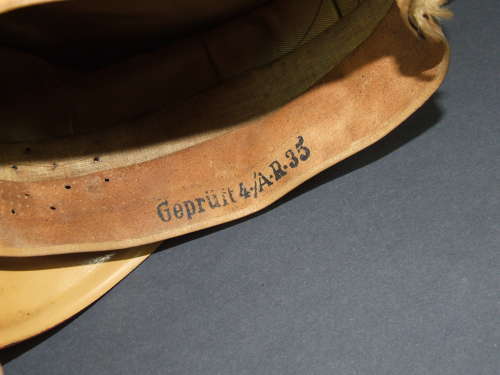 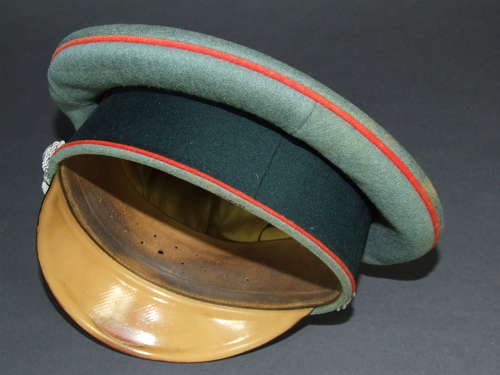 Considered to be the leading maker at the time, Robert Lubenstein (Erel) had introduced and patented the air cushioned sweatband for greater comfort which also allowed heat to vent through the mesh centre of the cockade.

The Cap is constructed in the classic doeskin material, the piping in the red artillery waffenfarbe and with a hat band in dark green felt. There is a light liquid mark to the doeskin cloth and two small area of moth tracks but no holes.

The insignia is aluminium alloy with a chin cord in twisted aluminium wire sitting below the wreath and resting on a black vukanfibre peak or visor, all of which are in very good condition.

Inside, the leather sweatband is in very good condition with Erel’s trade mark impressed into the leather. Lifting the sweatband reveals the army approval for wear of the 4th Kompanie Artillery Regiment 35, an element of the 35th Infantry division which saw service during the invasion of the Low Countries before moving to Russia where it became implicated numerous war crimes.

The lining is a golden coloured silk with some sweat staining, the diamond shaped sweatband without loss and showing clearly the Erel details.

A lovely example of the type.