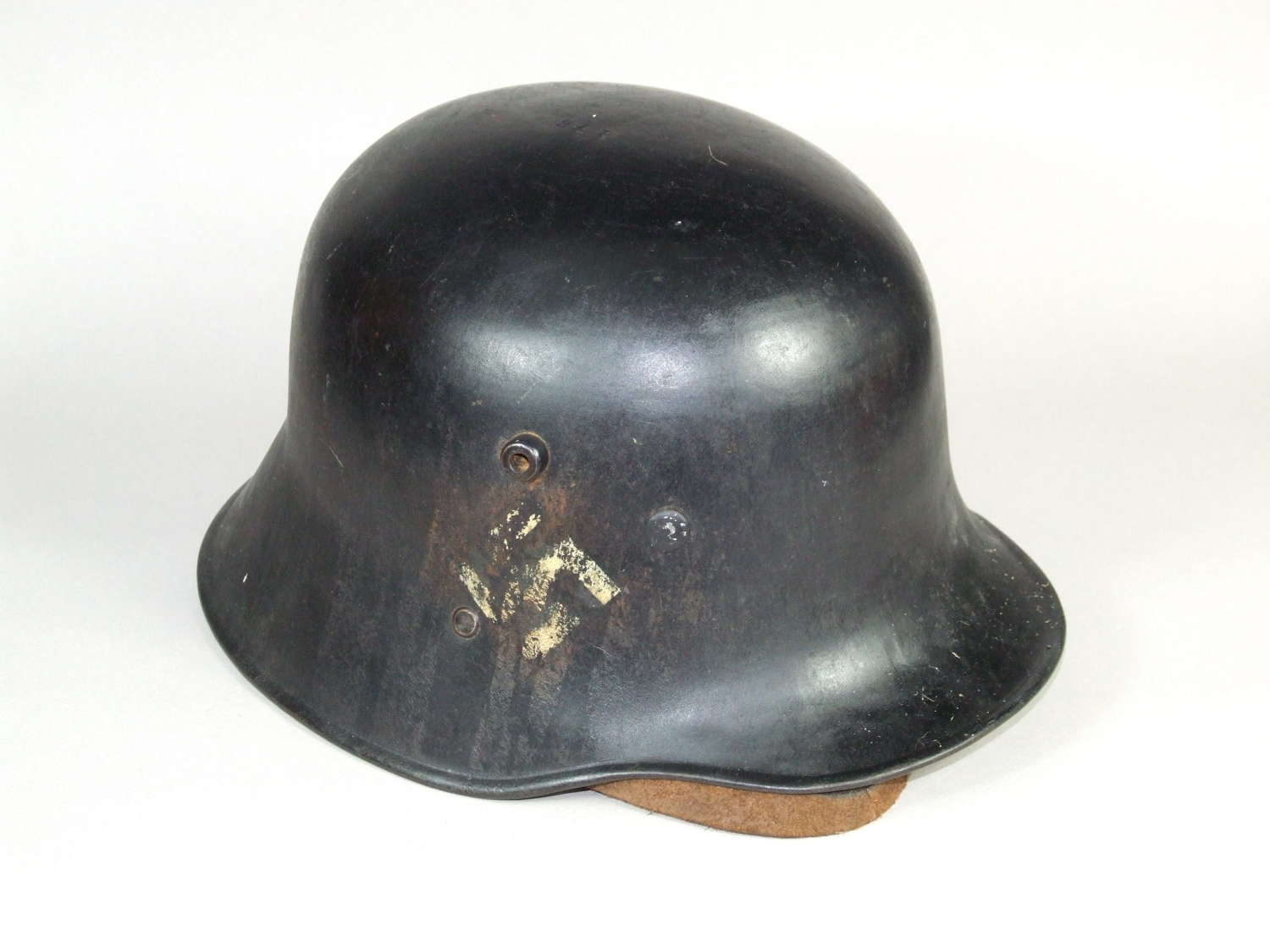 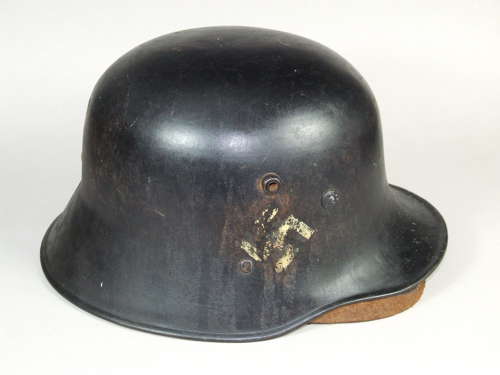 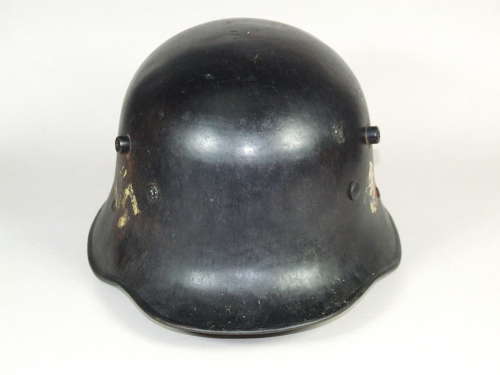 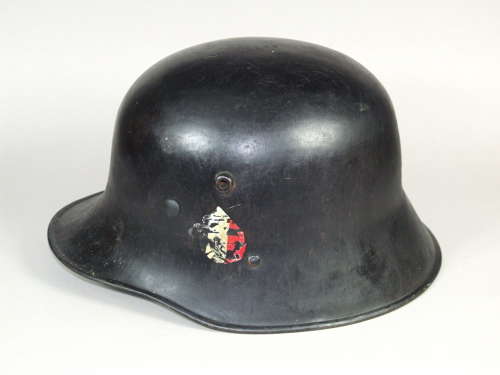 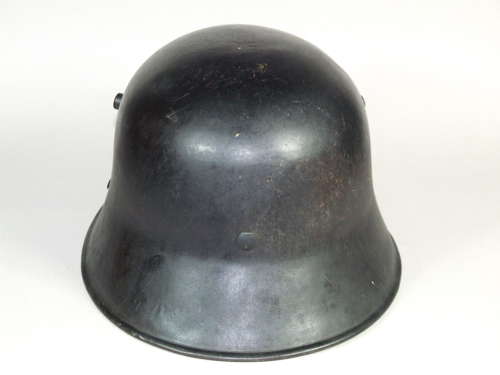 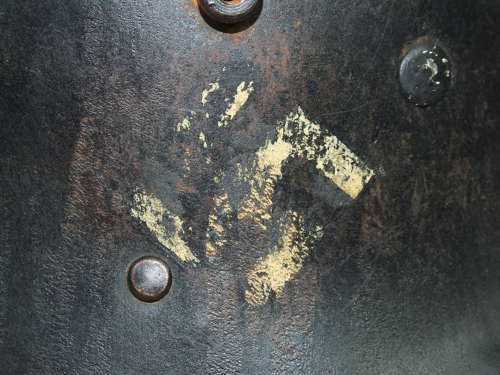 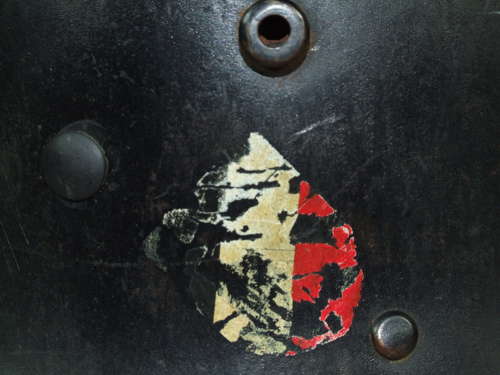 Although perhaps not having the appeal the German combat helmets, this Feuerschutzpolizei, (Fire Protection Police) Helmet is a rare example of a period refurbished Austrian helmet impressed into service in the early Third Reich Period.
With its authenticity confirmed by discussion on the German Helmets Forum, GHW 2, the helmet is painted in a satin black utilised by the Feuerschutzpolizei and carries the seldom seen third pattern insignia, (Circa July 11th 1934-July 28th 1936), consisting of a large canted black bordered white Swastika positioned on the right side and a diagonally angled, German national tri-colour shield in black, white and red positioned on the left side.
This third pattern was only utilized for a short time, roughly two years, until a fourth and final pattern was introduced on July 28th 1936.
The shell is without significant damage, however both decals have suffered some loss.
Inside, both liner and chinstrap are very good, the leather tongues constructed in a thick leather without ventilation holes, free from damage and very supple. The chinstrap is complete and supple
A rare Helmet.