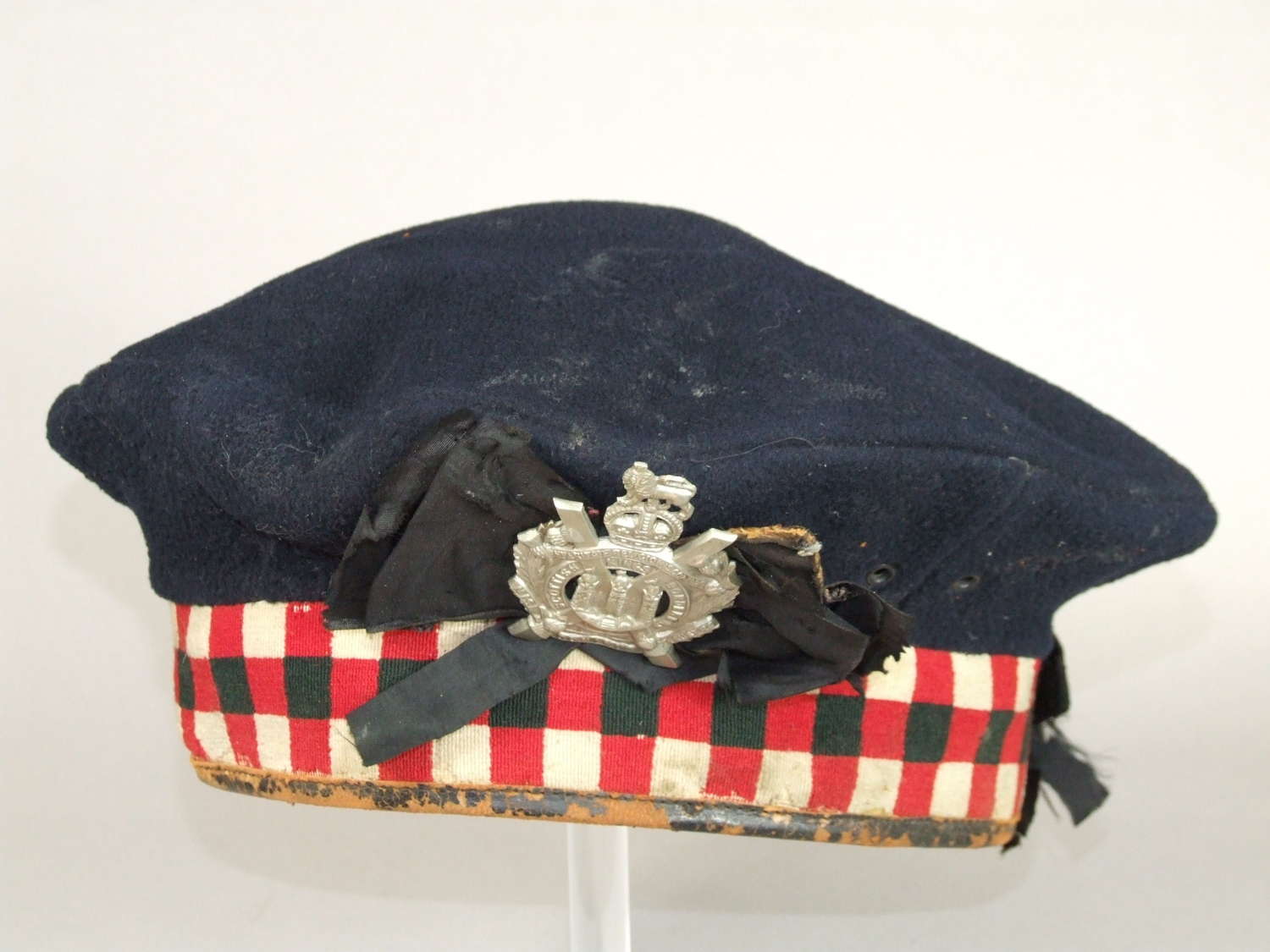 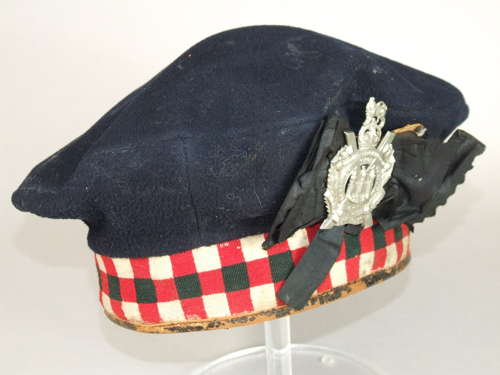 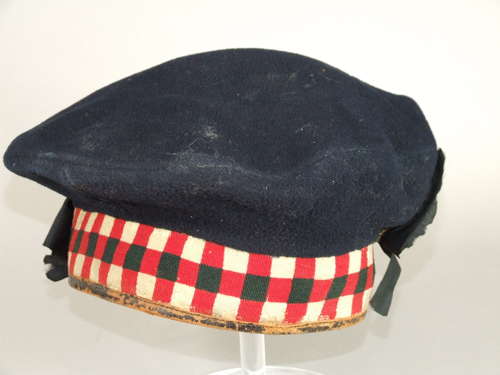 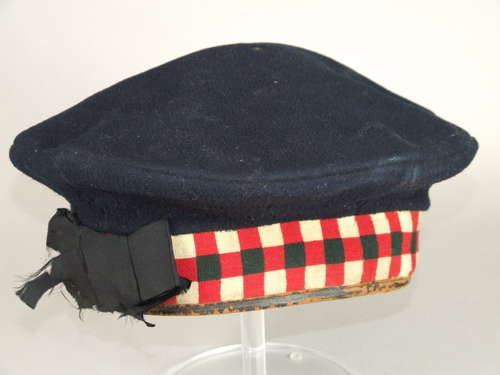 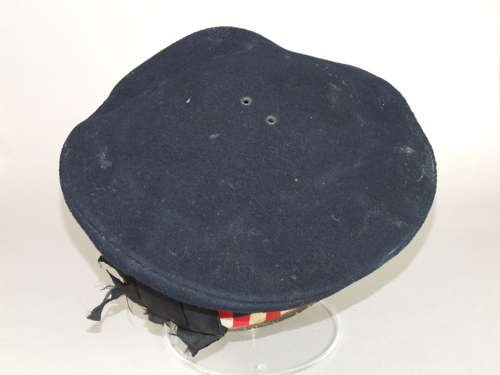 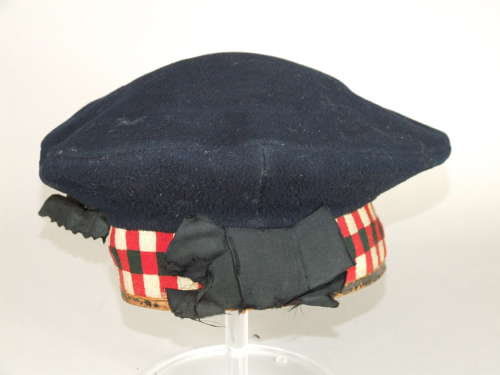 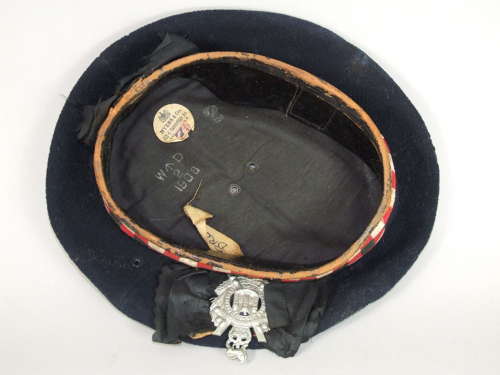 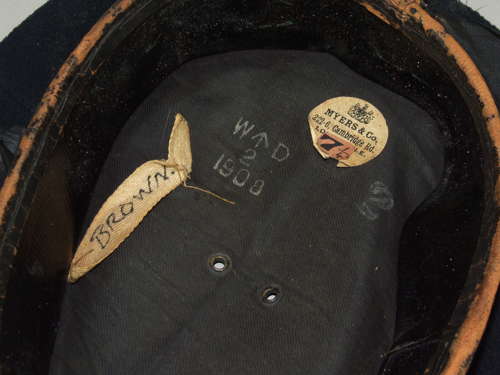 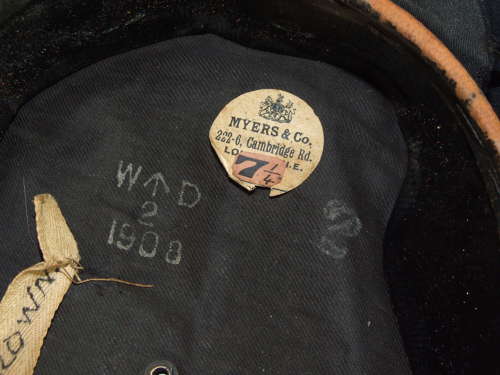 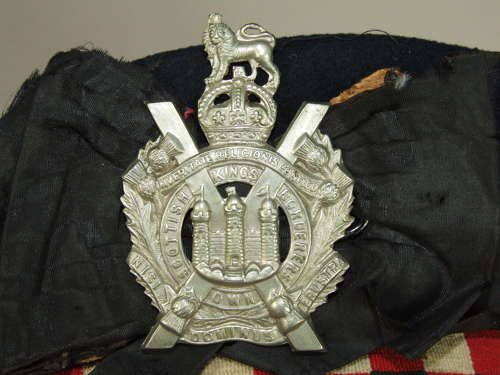 A very scarce 1908 dated other ranks Kilmarnock Bonnet to the Kings Own Scottish Borderers which was an infantry regiment of the British Army, part of the Scottish Division.

The Bonnet is in generally good condition with some moth tracks to the woollen cloth but no holes whilst the diced band does have some nibbles. Ribbon tails are missing as are the Blackcock feather Hackles and the Toorie.

Inside, the oil cloth sweatband is intact but a little greasy to touch. Incredibly the original outfitters label remains as does the name tag to Brown, the lining with a WD 2 stamp and 1908.

The regimental badge is in place and in good condition. The badge was first introduced in 1805 when the regiment was given its royal status with the title King’s Own Borderers at the command of King George III. It carries a scroll  inscribed “Inveritate Religious Confido” - In True Religion Is My Trust and below “Nisi Dominus Frustra” - Unless The Lord Is With Me All Is In Vain. Depiction of Edinburgh castle at its centre superimposed on a St. Andrew’s Cross, surrounded by a circle bearing the title “King’s Own Scottish Borderers”. All surrounded by a thistle wreath surmounted by the Royal Crest with King’s Crown.

Use of these Bonnets was discontinued near the outbreak of WW1