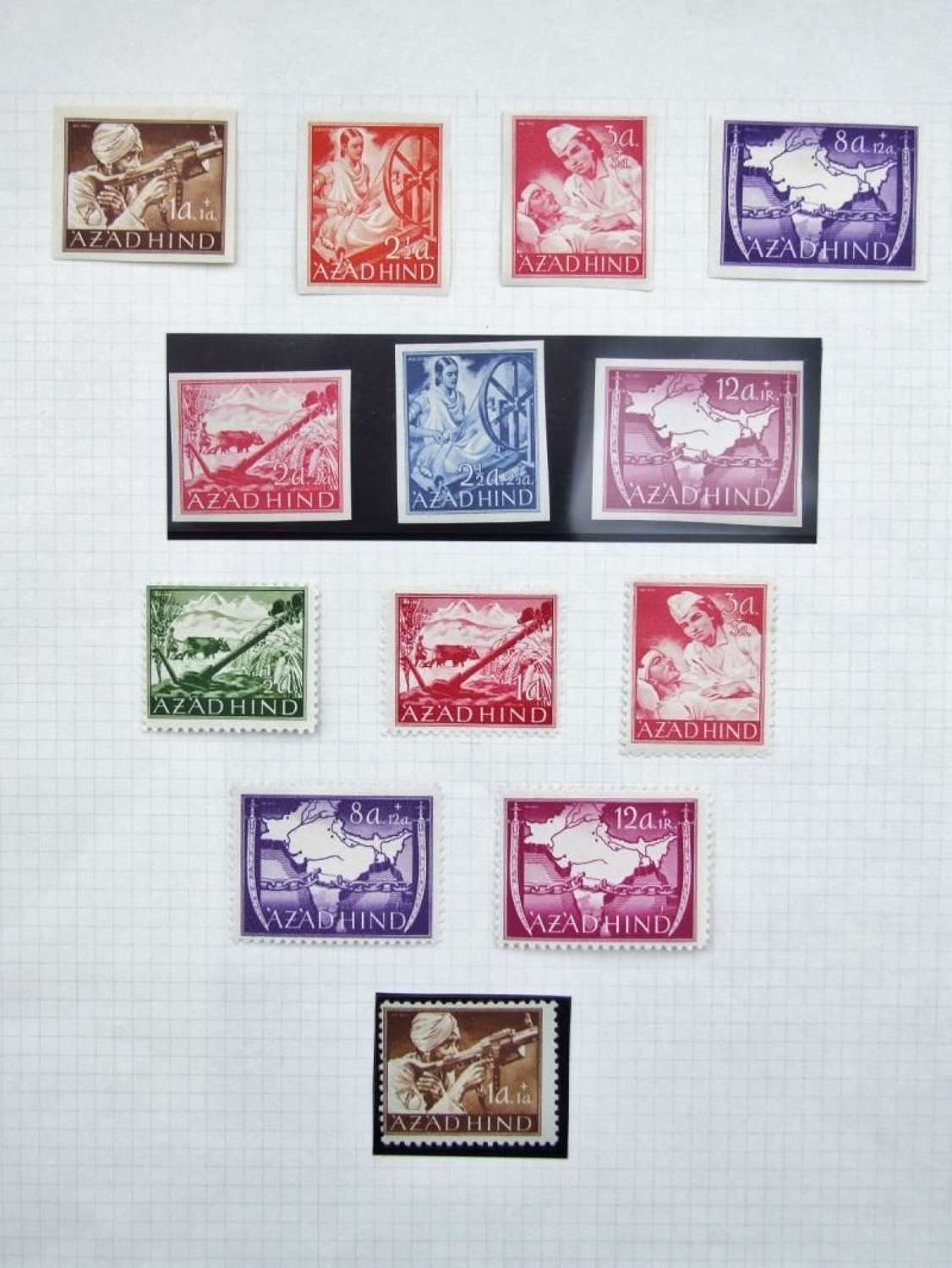 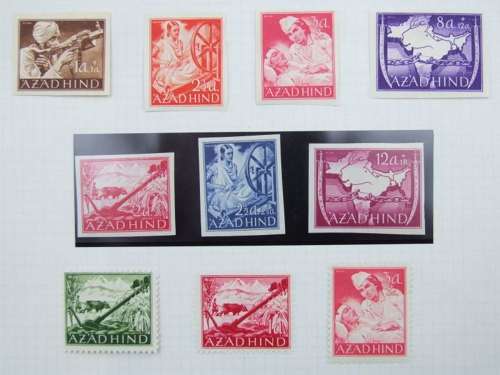 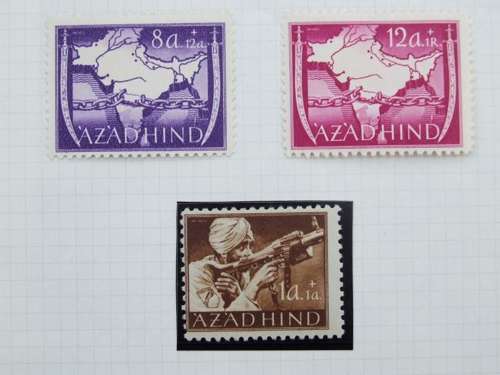 A collection of 13 Azad Hind stamps

A collection of 13 Azad Hind stamps in various denominations all in mint unissued condition and mounted with small hinged gummed mounts. India Mi 03 Block 1943
The Azad Hind Stamps are a set of German propaganda stamps produced in 1943 in Socialist Party Germany Berlin for Subhas Chandra Bose's Azad Hind Indian National Army in hopes of over throwing the British rule. All stamps were printed by photogravure in sheets of 100 at the "Reichsdruckerei", the Government Printing Bureau in Berlin.
A million copies of the lower denominations were produced, with half million of the higher values, except for the 1 + 2 Rupee stamp, of which only 13,500 were printed in three colour varieties.