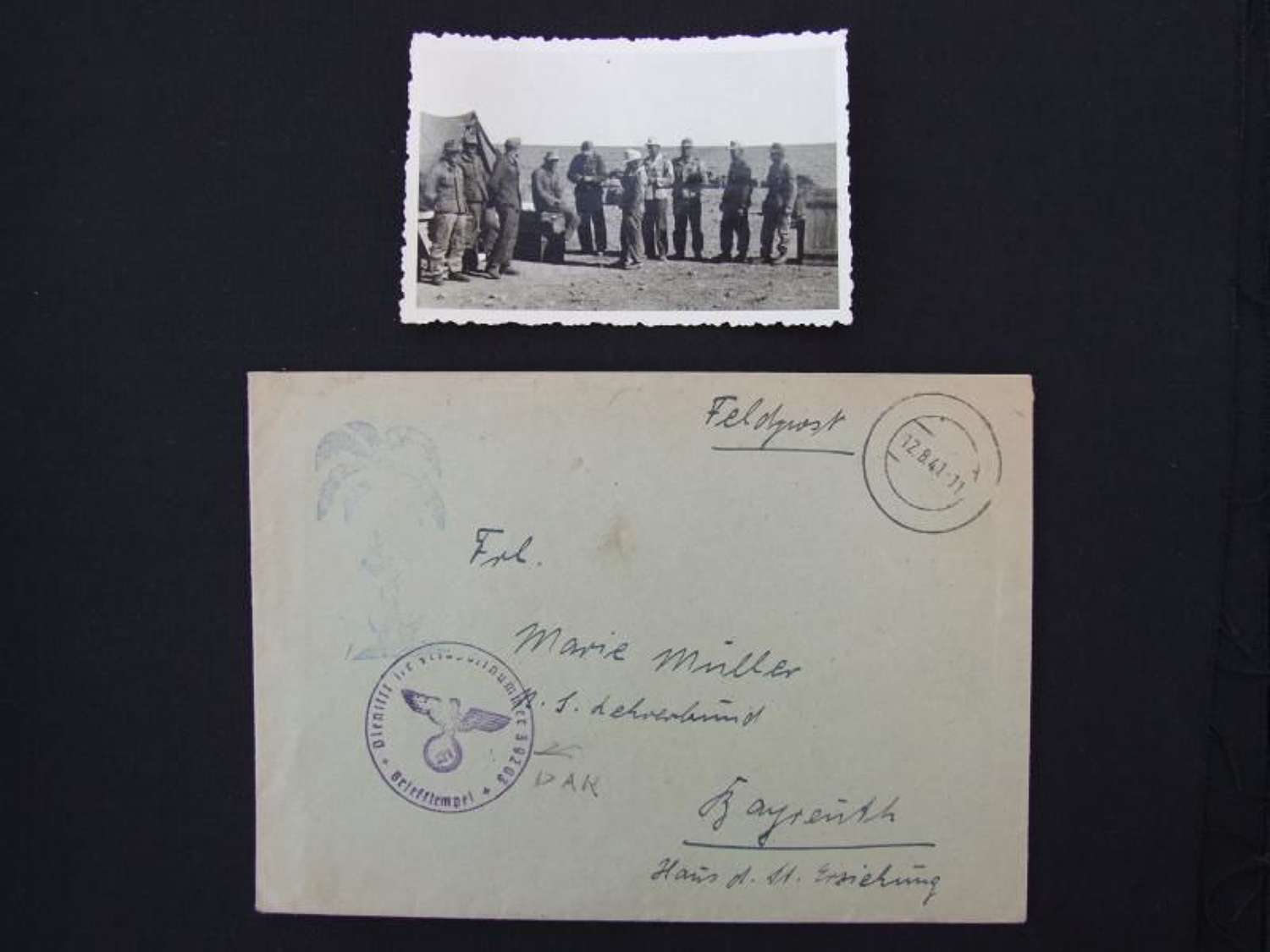 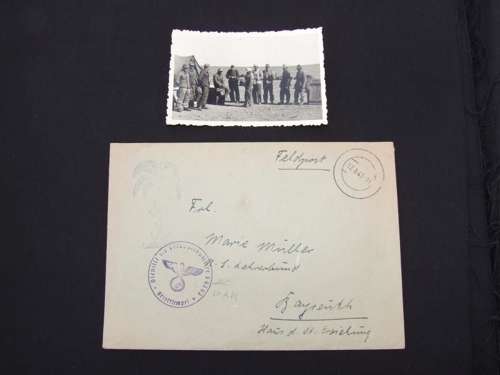 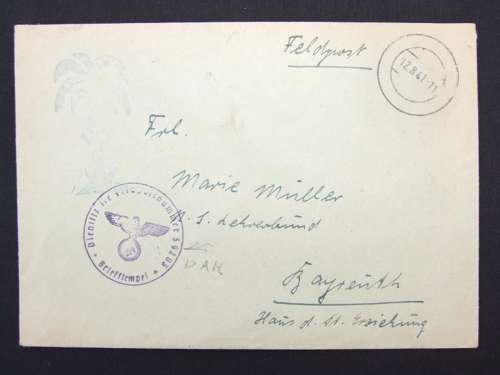 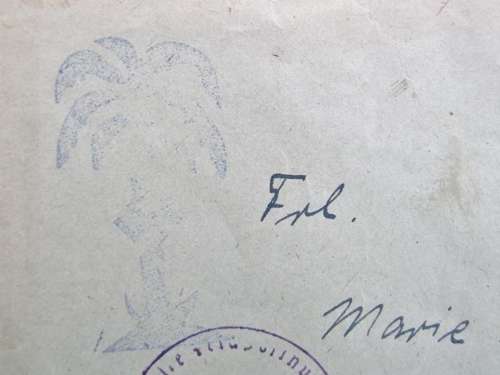 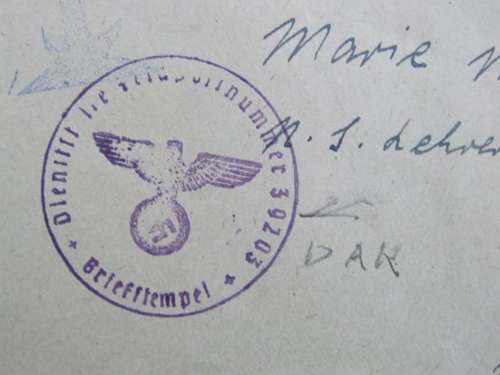 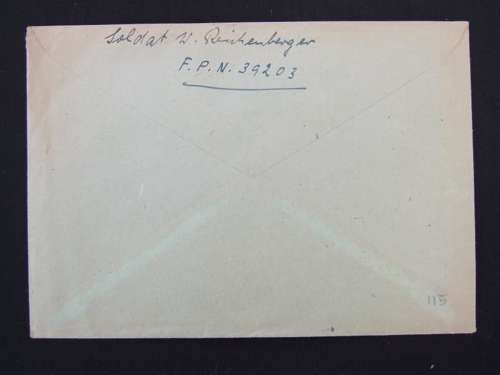 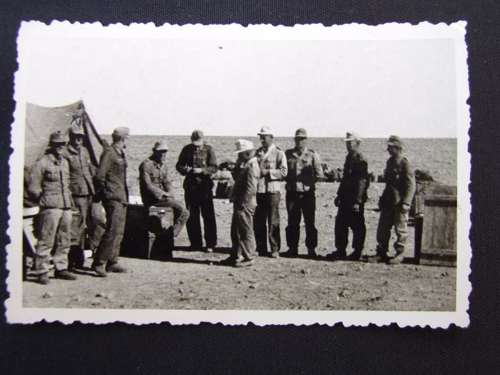 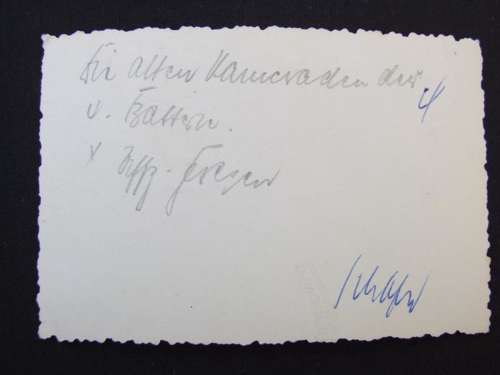 A Feldpost Envelope once containing a letter sent by Afrika Korps Soldier W Reichenberger to a Marie Muller and stamped with the very rare â€œPalmstempelâ€ (Palm Tree Stampâ€) to the upper left corner. Also included is a nice original group photograph of German soldiers in the desert which I take to either include or been taken by Reichenberger.
On occasions during the period in which the Afrika Korps was in North Africa, letters outbound to Germany were stamped with privately produced decorative designed commemorating the Afrika Korps. These commonly featured a palm tree design, and are therefore known as â€œPalmstempelâ€ (singular) or â€œPalmenstempelâ€ (plural).
At least 75 different designs are known, though a handful are much more common than others. Among the more common is Palmstempel 13 which I believe is what we have here. All are rare.
The envelope further carries the rubber stamp of Feldpost 39203, a signals company in Tunis, later at Festung Brest.
Both envelope and photograph are in very good condition.