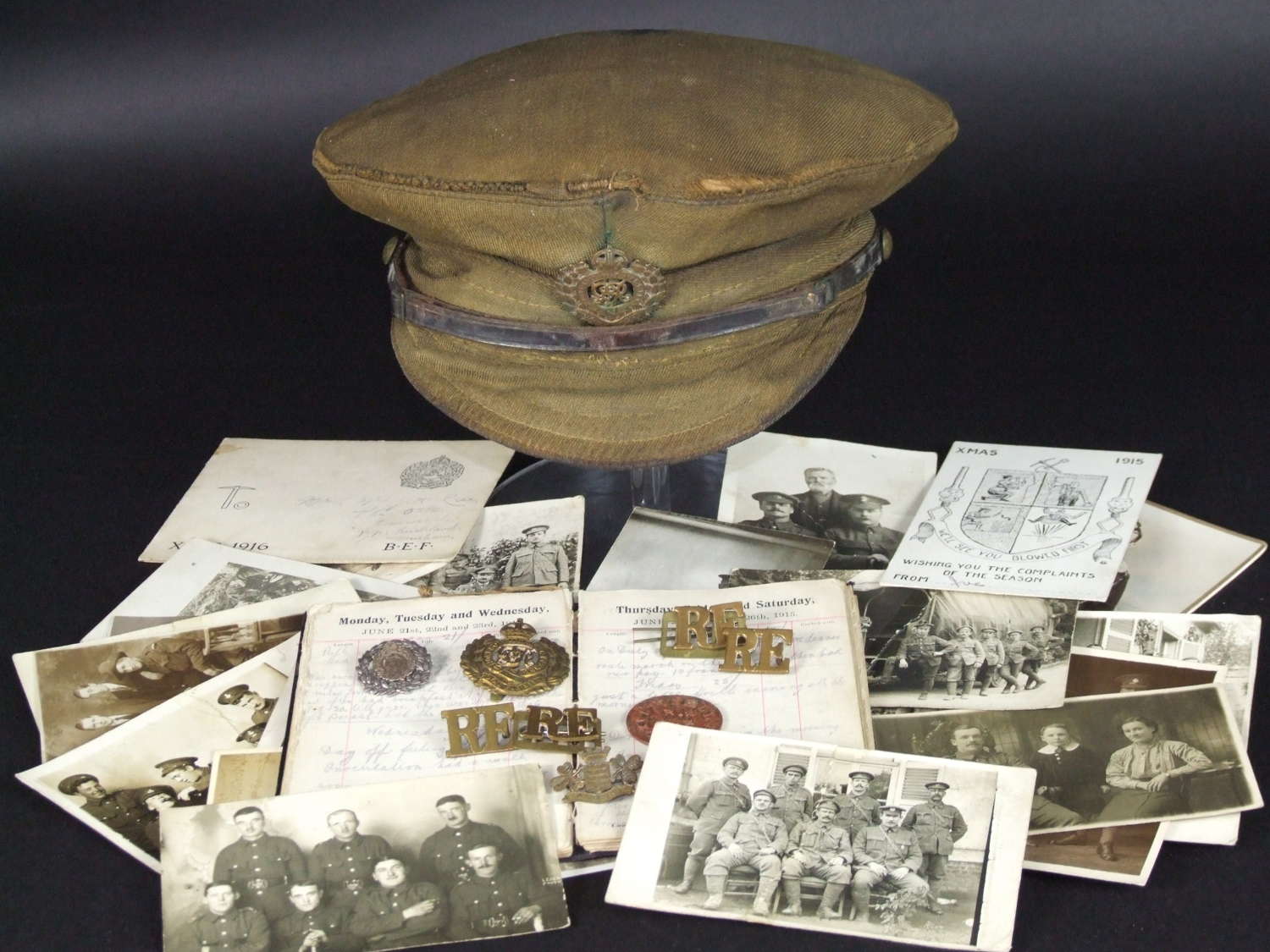 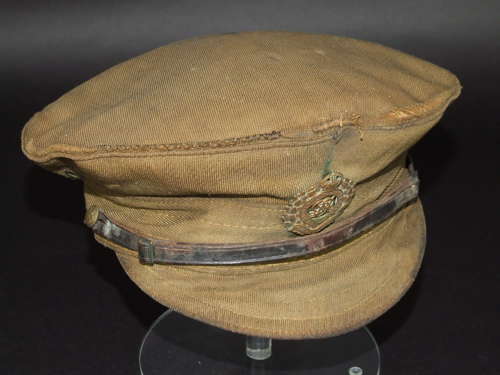 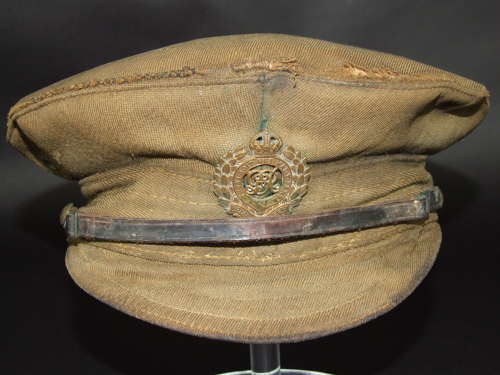 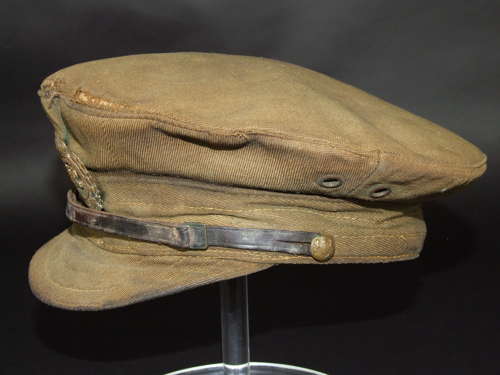 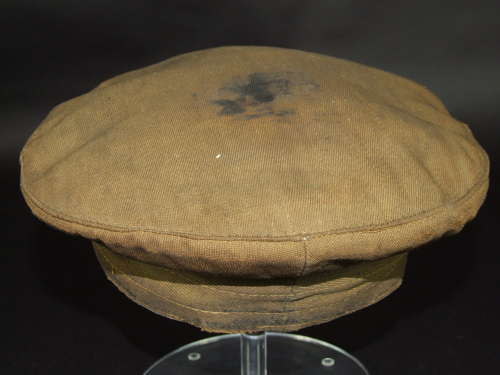 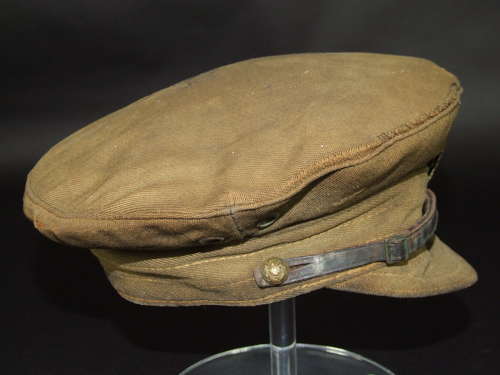 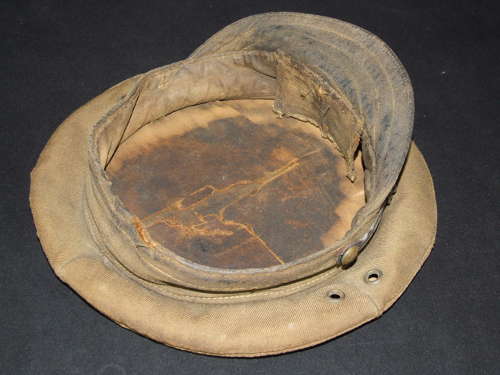 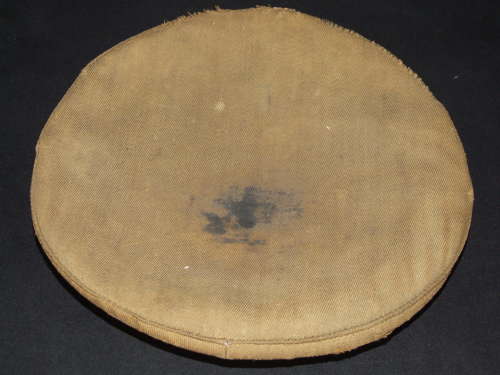 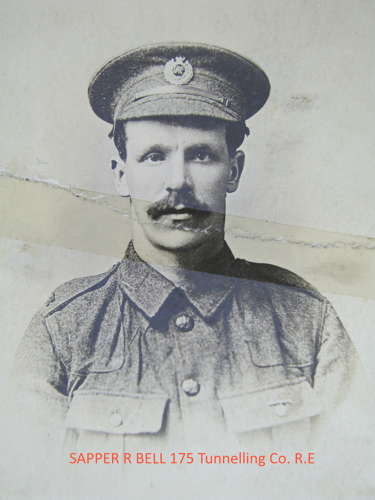 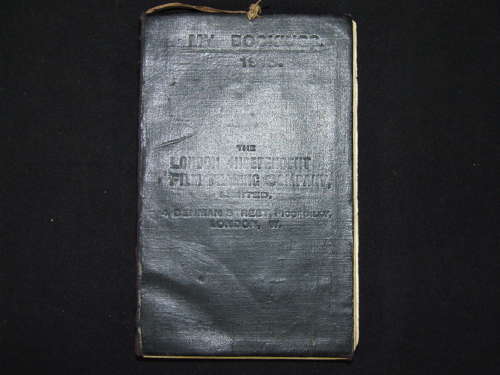 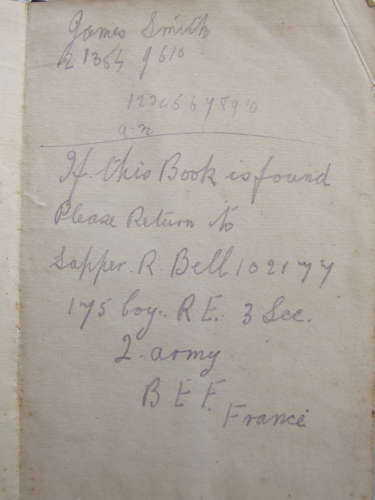 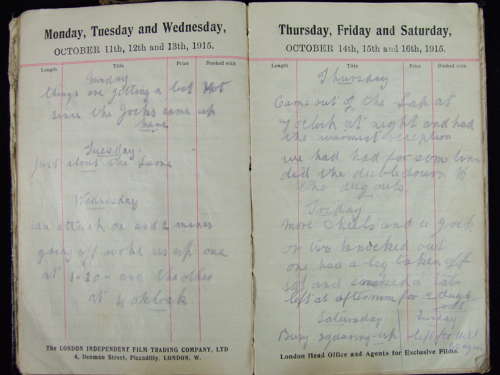 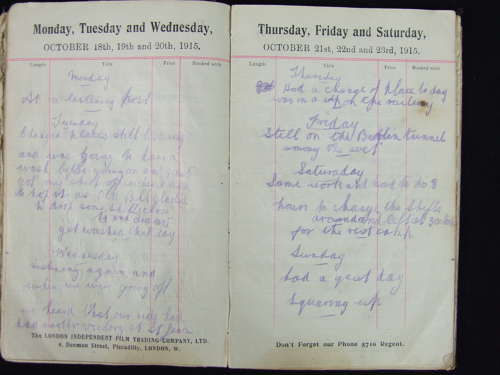 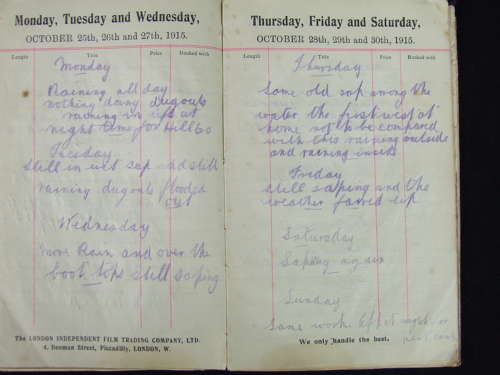 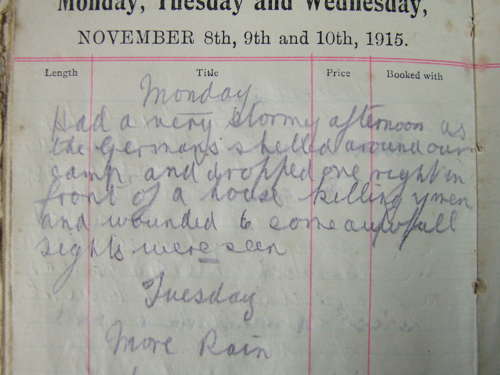 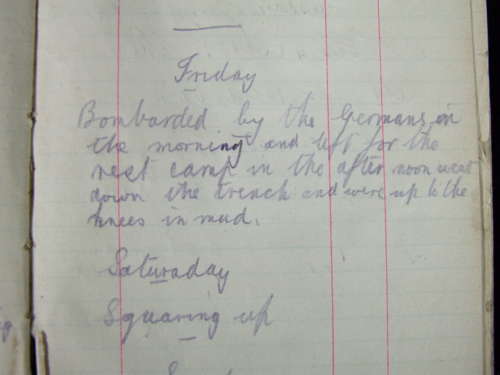 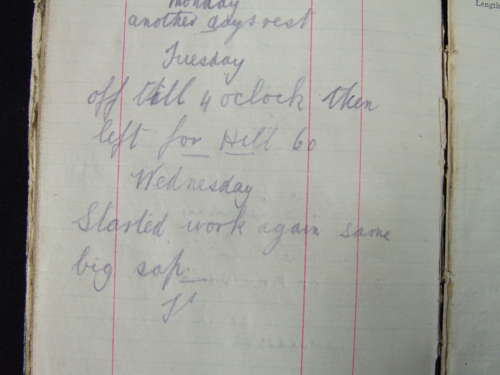 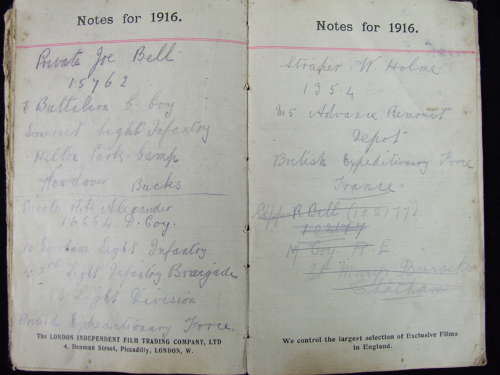 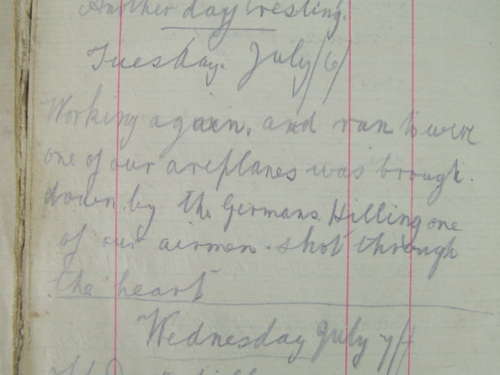 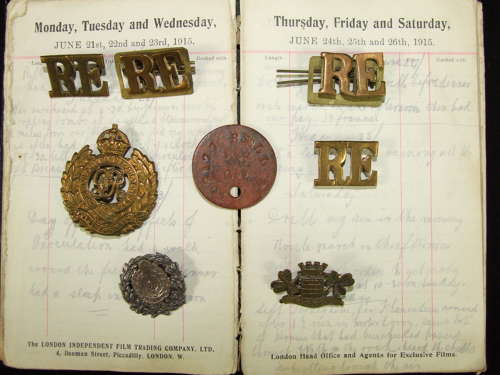 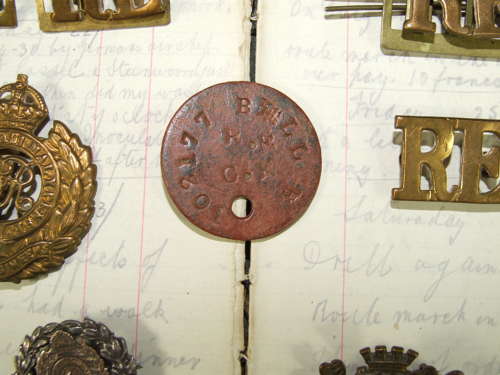 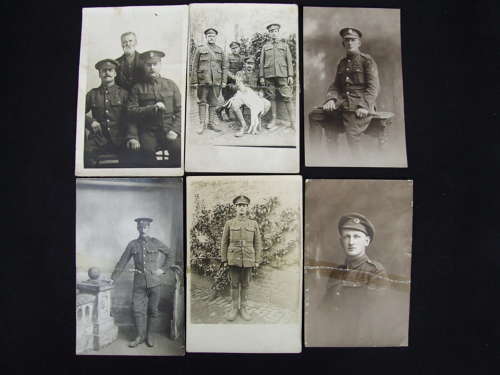 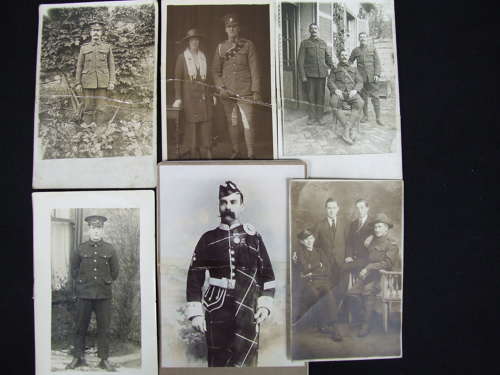 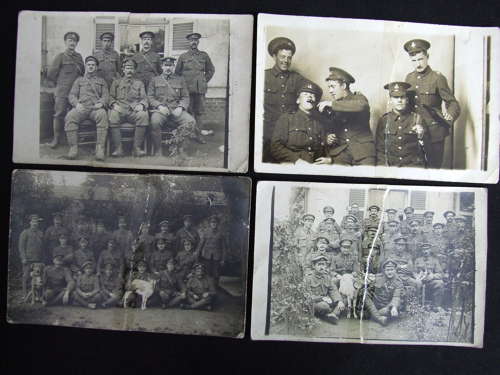 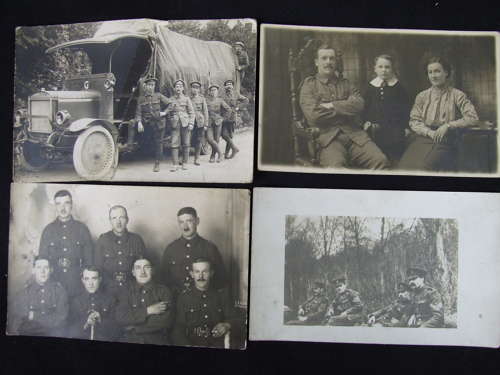 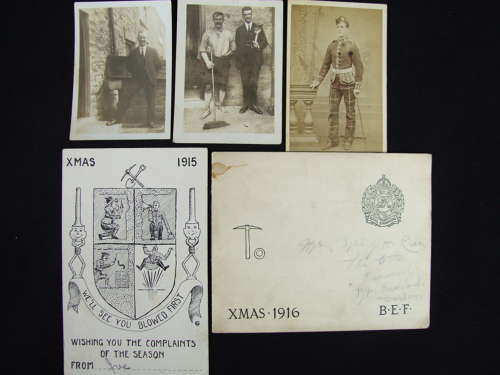 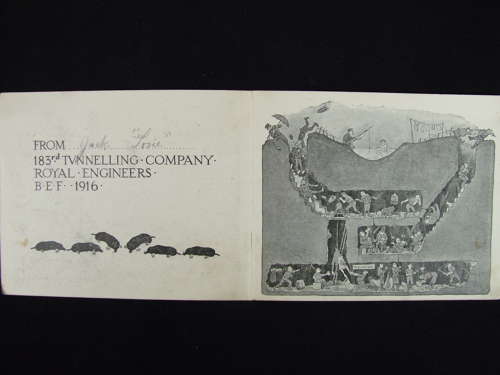 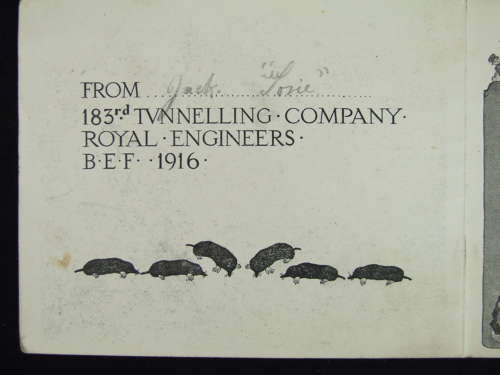 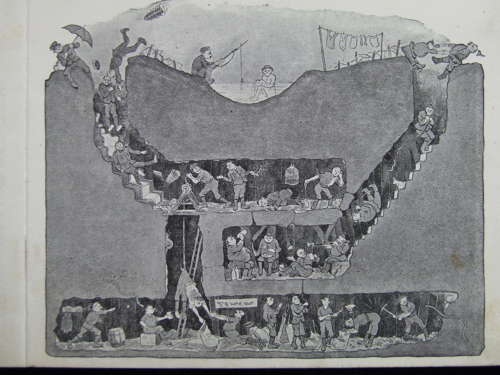 Although the Cap is not named to Sapper Bell the entire collection was purchased together in the 1980’s from one owner and has remained together ever since.

The Cap is very worn and greasy but absolutely complete with no moth. The front edge of the Cap and headband are worn through in places and the lining and inner peak are dark with sweat. The lining to the crown has split with wear but remains present.

The chin strap is undamaged as is the Royal Engineers badge affixed in its original position to the front. The badge has plainly been in situ for a very long time and left verdigris marks to the cloth.

WW1 tunnelling is well known to have been unbelievably hard physical work and insufferably hot, just the type of conditions that would produce wear of the unparalleled magnitude shown on this Cap. I have never seen another WW1 Trench Cap with anything like the wear this Cap possesses. It is in fact inconceivable that a WW1 British soldier would get away with wearing a Trench Cap in such a dilapidated state in any other unit aside from the Tunnelling Companies who, because of the nature of their work were allowed significant latitude as to their attire.

The pinnacle of the collection is without doubt Sapper Bell’s Diary. Completed on a daily basis it covers the period from May 31st 1915 and December 31st December 1915, this period spanning the important first experiences of the newly formed Royal Engineers Tunnelling Companies.

Far too extensive to include here I have completed a transcript of the entire Diary which will accompany the sale. The entries paint a detailed picture of the life of the Tunnellers, under fire, constantly wet and working in dreadful and dangerous condition where both sides tried to blow each other up underground, entombed forever. Here are just a few entries:

Tuesday 15/1915. Battle’s still going on. We are all sleeping at a big farm place on straw beds, doing a little bit of training. Good meat here.

Wednesday 16/1995. Still doing a little bit of training, the guns have ceased now. Had a walk on Wednesday night and 24 lorries full of wounded men returning from the Front, we are just 15 miles from the Front. The food here is the best we have had since we left home.

Tuesday 22nd. Was awakened at 4.30 by German airship dropping bombs at Cassel and Steenvorld just 2 miles from our billet did my washing and after had breakfast at 7 o’clock parade 7 to 8.30 drill 9.30,then was inoculated on left breast. Had the day off after that.

Monday 28th. Had a few shells for breakfast, was digging my drains all day.

Wednesday 30th. Was just sitting waiting for our dinners when the Jack Johnsons (Slang for artillery shells) started to come over our heads without doing us any damage.

Thursday 1st  July 1915. Was asleep at 1 o’clock Kaiser Bill was on again with his shells, had a quiet day after that.

Saturday 3rd. On cleaning up and making our camp like a home away from home. R Dixon, J Hewiton and E Reay had a pass out to see R Alexander. They heard about R Baker been killed.

Tuesday 6th. Working again when one of our airplanes was brought down by the Germans, killing one of our airmen, shot through the heart.

Tuesday 13th. Another quiet nothing doing. Going on guard tonight. And p terrible night it was, a serious battle was in progress and was kept up all night. Had some gas over at night time.

Thursday 15th. Had a pass out in the afternoon and walked to Kemmel where W Kemp is buried, walked about 15 miles there and back, drew our pay before we went away.

Monday July 19th. Quiet day and at night the 175 Co blew a mine up at Hooge and have been highly complemented by the General as the greatest feat of the campaign.

Tuesday July 20th.  Had a few shells from Old Kaiser Bill. 21 in number and one dropped about 50 yards from where I was working.

Wednesday July 21st. Another quiet day and were inspected by the Major General and after teatime got sharp orders to get ready for the trenches.

Thursday July 22nd. Had our first day away at the mining.

Friday July 23rd. Mining again and at 6 o’clock went with J Middlemass with a message and halfway there when our side blew up a mine at Mappleeop (sic) and then the Germans started to shell the wood we were in we had to shelter for twenty minutes till they quietened down a bit.

Saturday July 24th. Had a heavy day at the mine from 9 a.m  till 1pm then carrying all day.

Sunday 25th.   Was a lighter day and at night saw a German Airship brought down ablaze.

Another quiet day just a few Jack Johnsons over and left at night time for Hill 60 again.

Sunday(15th). Went on at 1o’clock in the morning, things are still very quiet.

Wednesday (1st September 1915). Heavy bombardment and at night time 7 Germans left their trench to come to over to ours when our chaps caught them. They never got to their journey’s end.

Thursday (9th) Listening for the Germans who are very close at hand.

Saturday (11th) Blew them up with a vengeance.

Finally there are a number of photographs, a number of them torn and repaired, his metal insignia, two Tunneller’s Christmas Cards and his identity disc.