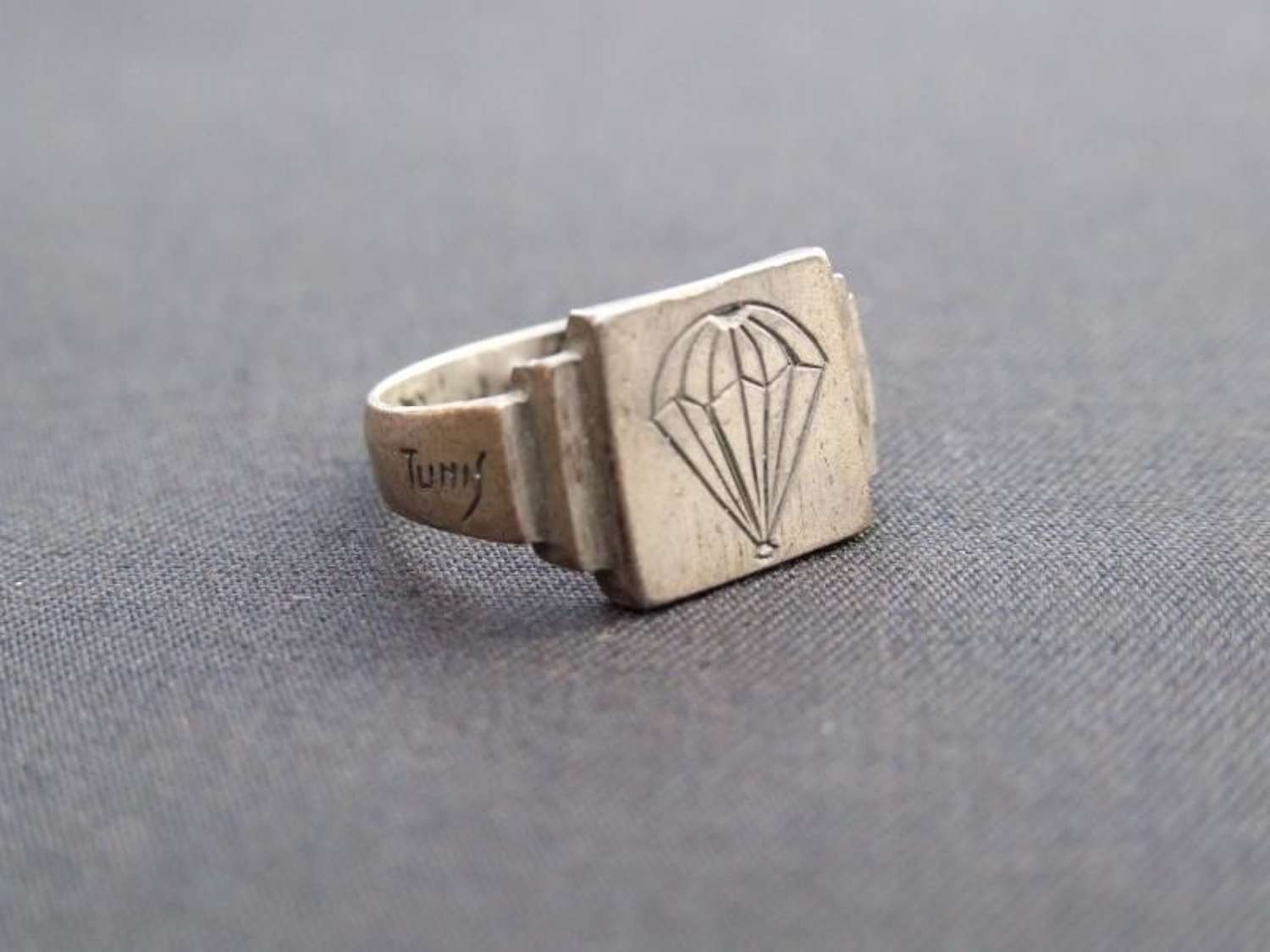 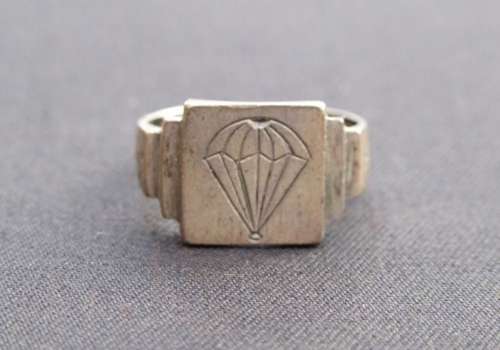 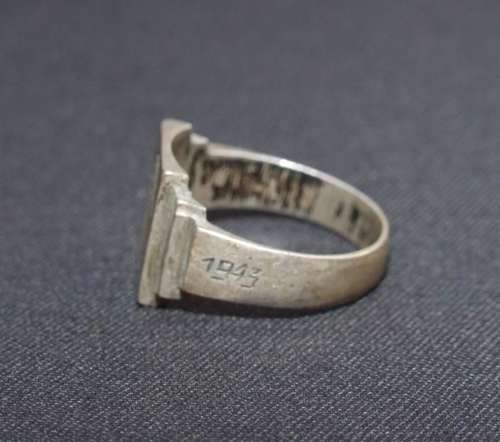 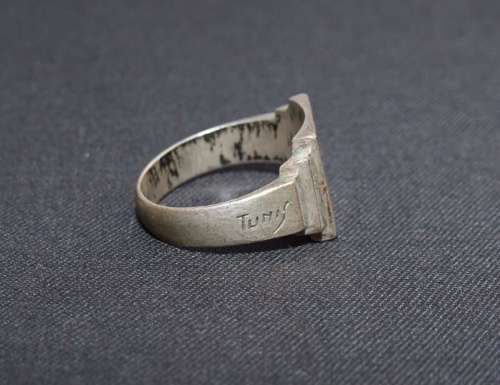 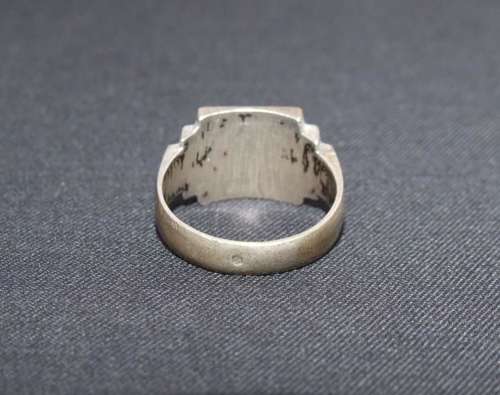 Rather simple in design compared with others I have seen made locally for the Afrika Korps, this Finger Ringer Ring is made presumably from smelted silver.The design is a well-executed parachute canopy with rigging lines but the shank shows simply Tunis 1943.
During the winter of 1943 the Germans flew more troops into Tunis, among them were units of the Hermann Goring Division. To bring the Hermann Goring Division up to strength the 5. Fallschirmjager Regiment was added to the division, and in March became 5. Jager Regiment Hermann Goring.
Although the British 1st Parachute Brigade were also in Tunisia (rather than Tunis) during 1942 -43 I am confident this ring was made for and worn by a member of 5. Fallschirmjager Regiment.
Condition is very good with the engraving still clear and crisp