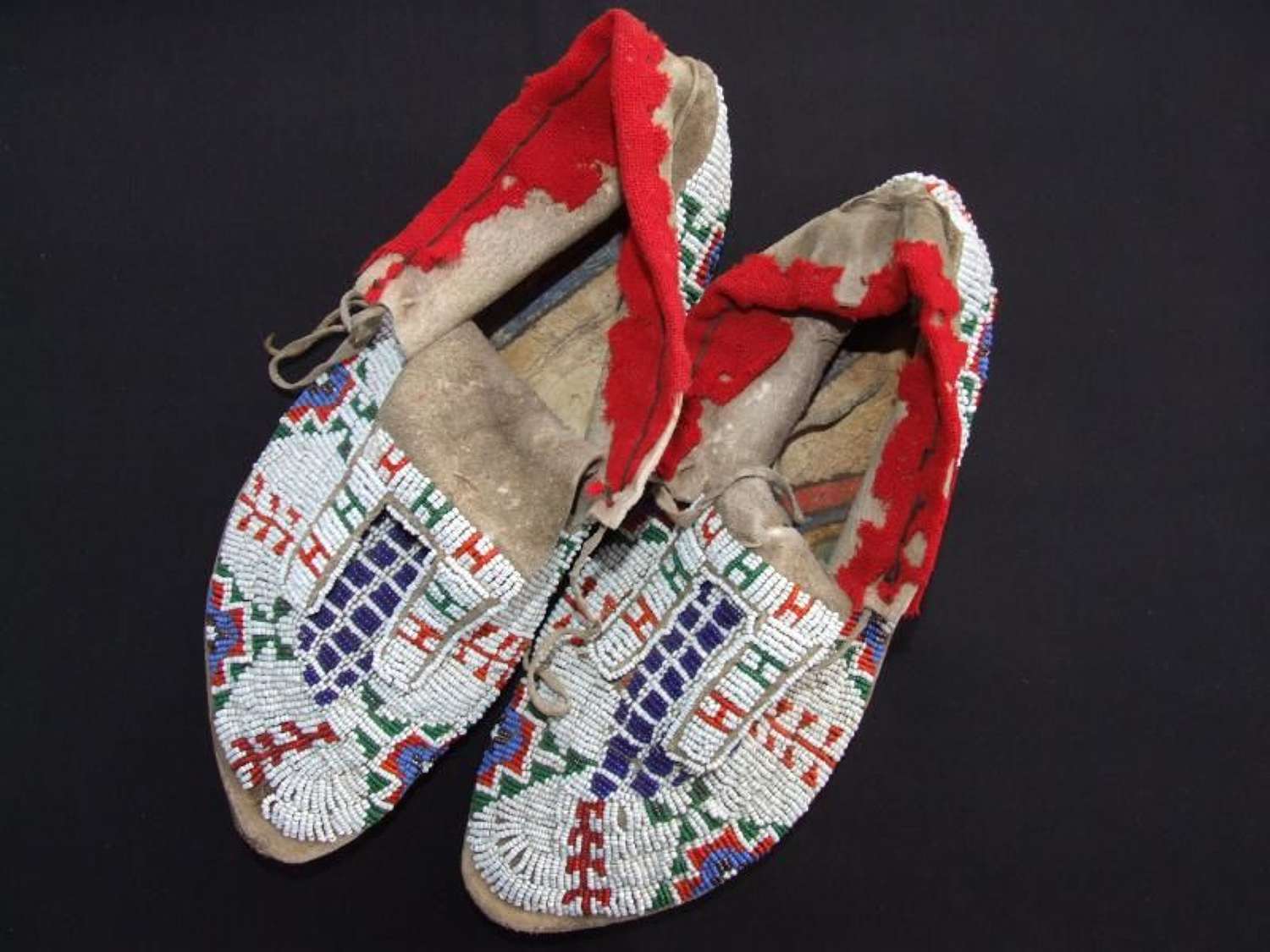 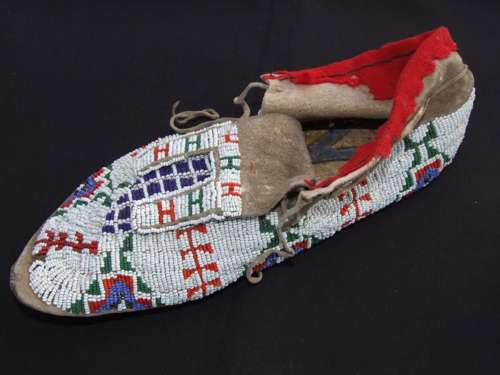 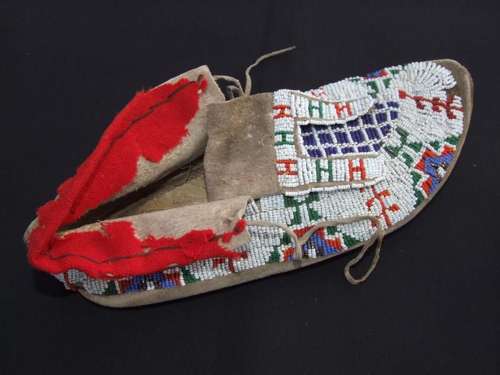 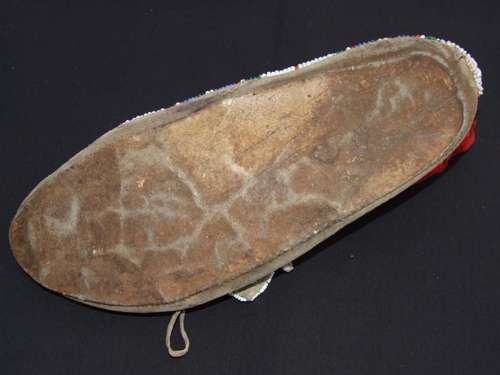 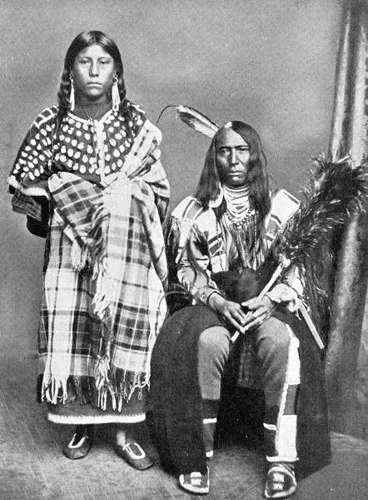 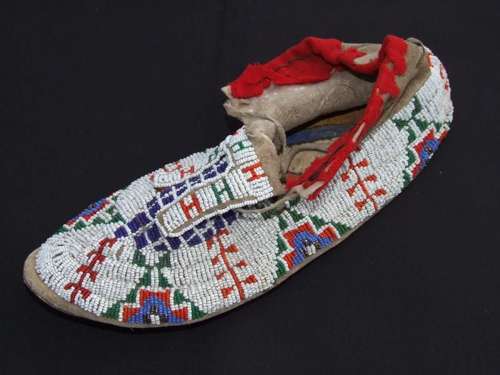 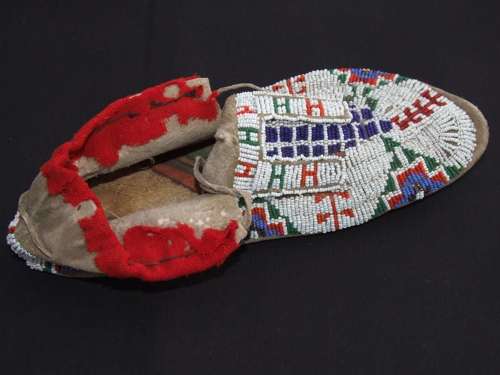 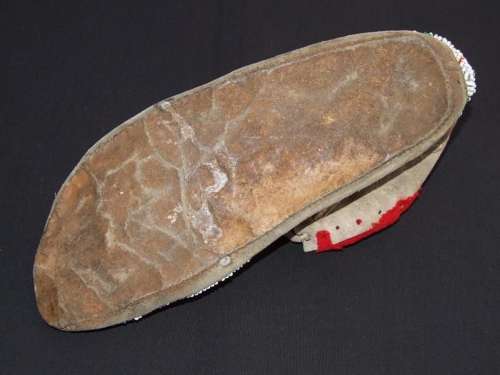 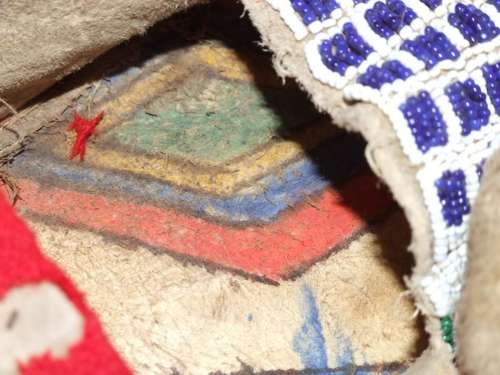 A very good pair of North American Sioux Indian Moccasins dating from the late 19th Century.
Constructed with a hide skin sole and upper, the uppers decorated with white, blue, green, red and orange trade beads these stitched in a â€˜lazyâ€™ style covering the whole of the uppers. "Lazy style" beads are two or more beads on a single stitch rather than each bead sewn individually, with trade beads gaining their name as they were often traded with the settlers.
The upper edge of each Moccasin is trimmed with a red cotton cloth, both having suffered from insect damage, the only damage evident.
Inside, the soles have patterns applied using coloured dyes.