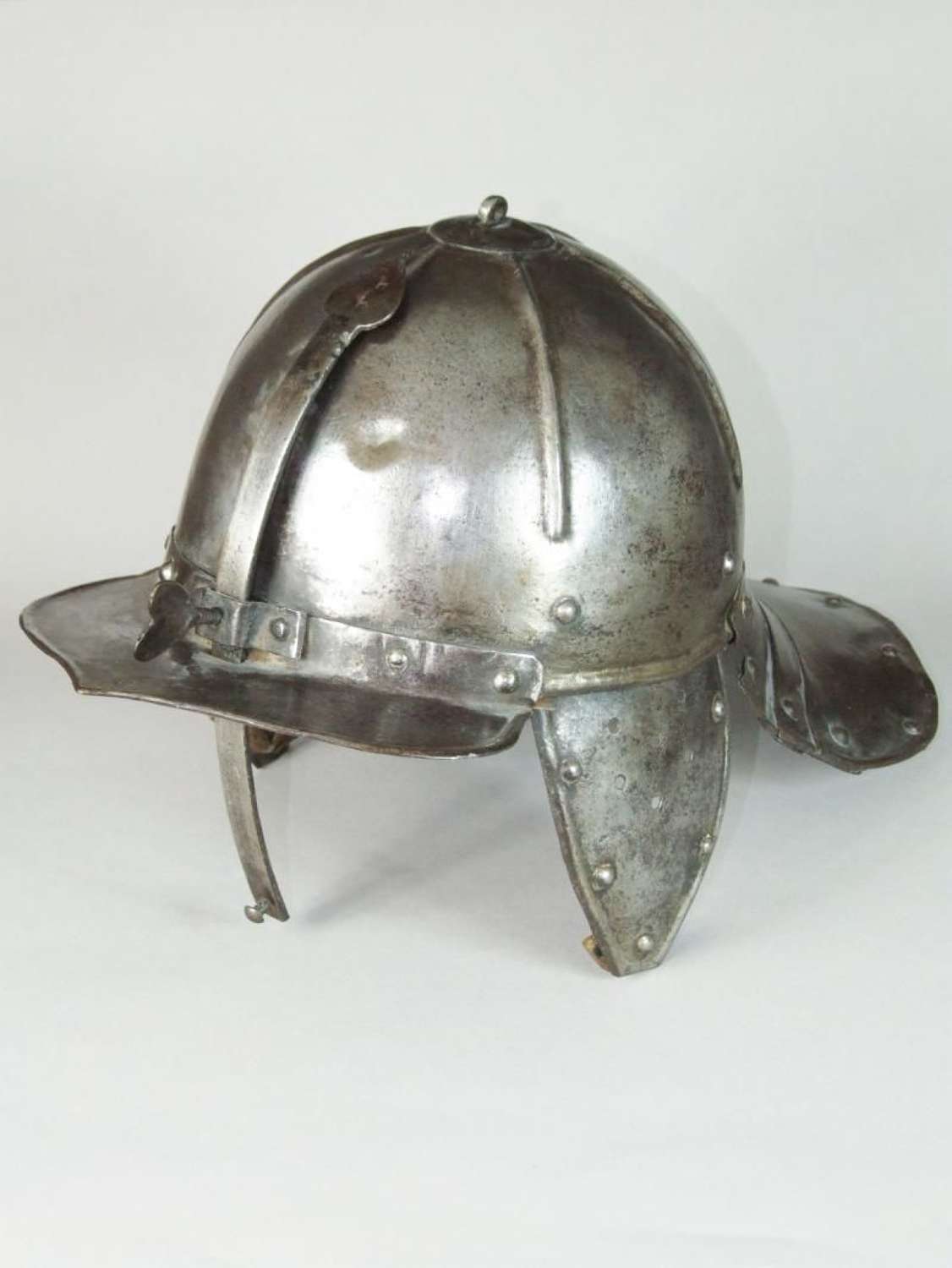 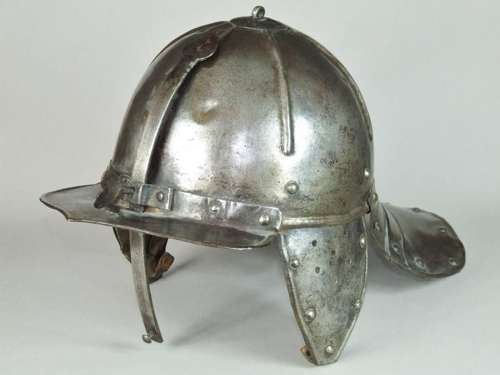 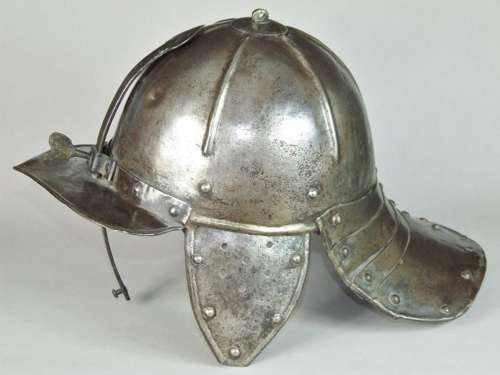 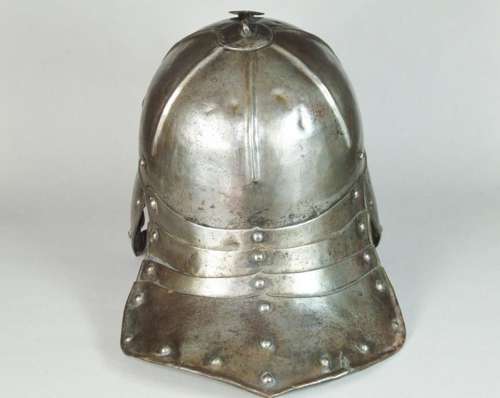 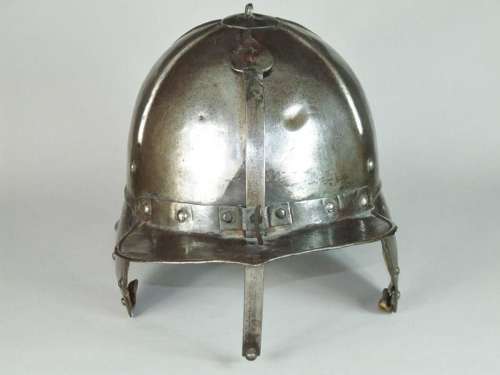 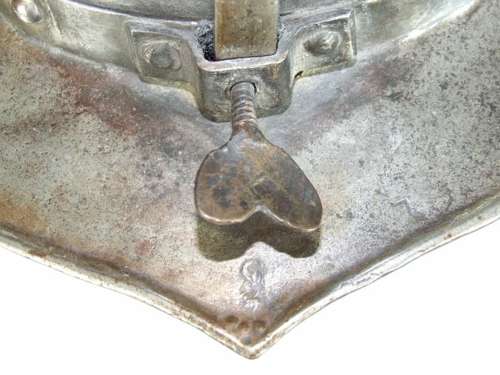 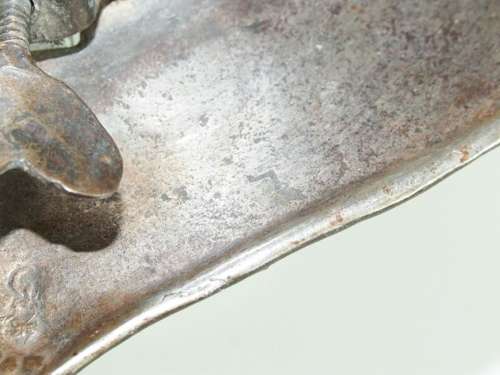 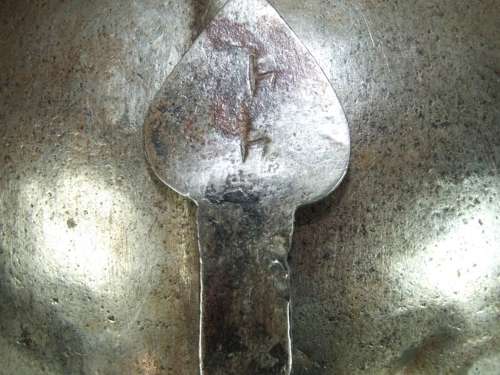 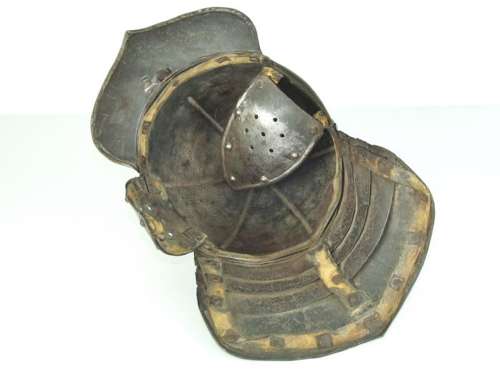 ZischÃ¤gge or Lobster Tail Helmet Dating from about 1650.

A quite exceptional example of an English / German ZischÃ¤gge or Lobster Tail English Civil War Helmet dating from about 1650.
The Helmet has a single piece skull with six fluted ribs, four lame articulated tail with turned edge and domed rivets.
Each cheek piece has a leather hinge and seven holes. The fixed peak has a turned edge and is shaped to a point, the upper surface with the armourerâ€™s stamp and 7. There is an opening in the centre where the peak joins the helmet to allow the protective nasal bar to be moved up and down, its position in travel fixed by a screw with a heart shaped terminal. Turning the screw no longer locks the bar but it remains in the chosen position without it. The nasal bar terminates with an ace shaped feature stamped 4 and 4.
The articulated tail, or Lobster tail, is formed of four â€œlamesâ€ and secured by domed rivets.
Inside, the leather strips to the lames, cheek pieces and headband appear to be those originally fitted to the helmet.
The Helmet has been polished over the centuries but must be regarded as being in very good condition.
Known as a ZischÃ¤gge in Germany or lobster-tailed pot in England, was the principle headpiece for light cavalry. With its sliding nasal bar, brim, earflaps, and neck guard, the design offered protection from sword cuts with optimal peripheral vision.