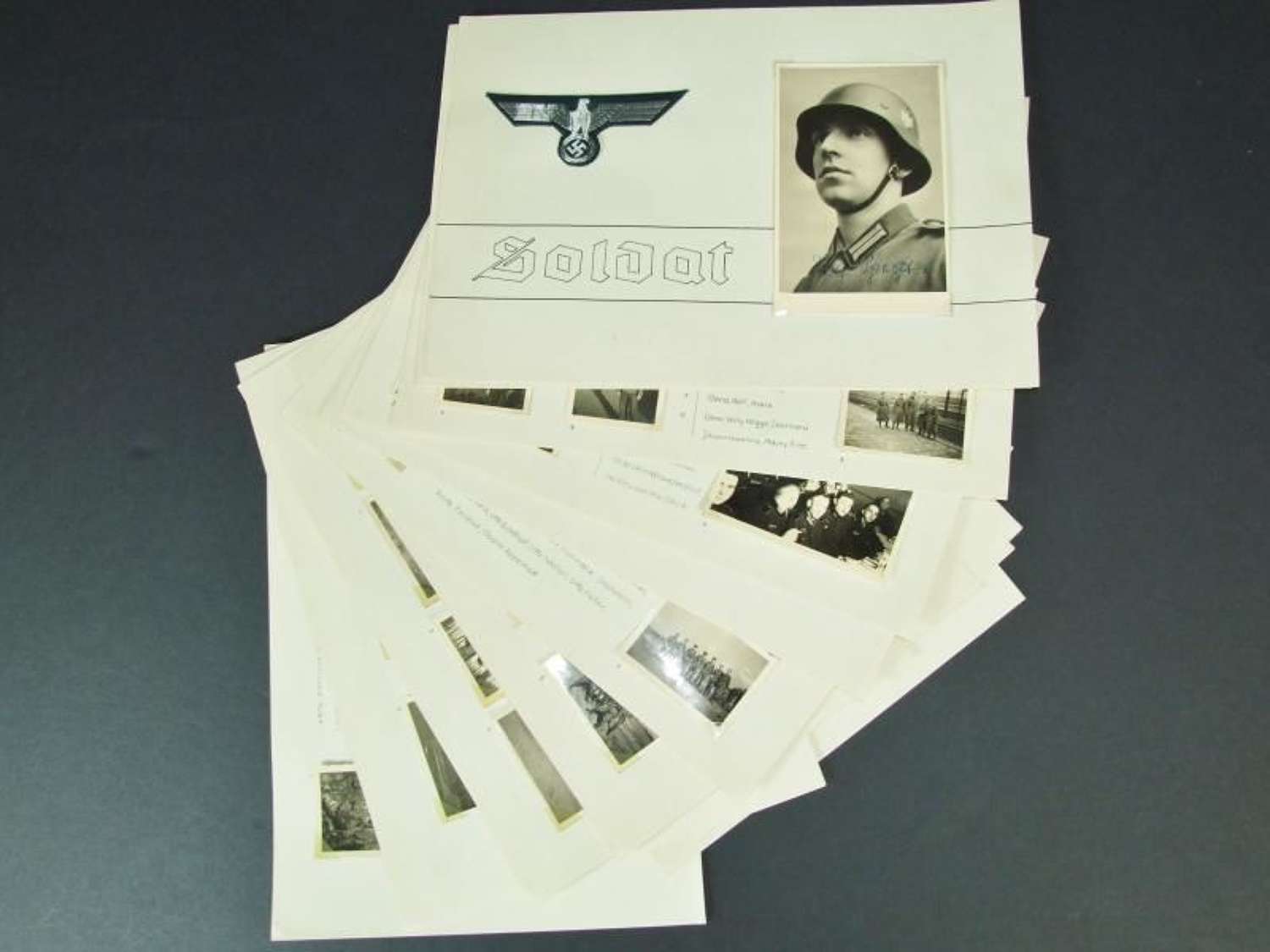 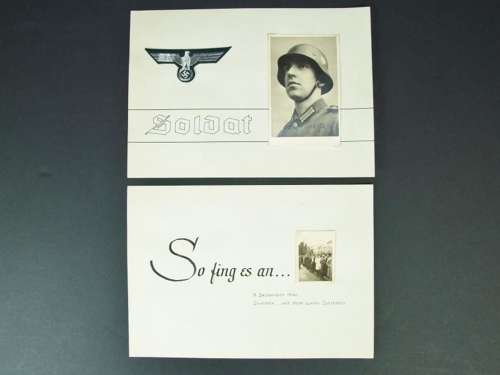 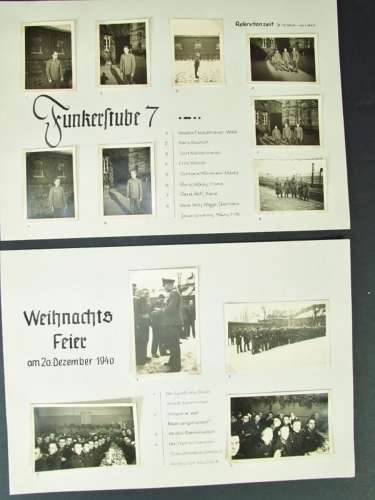 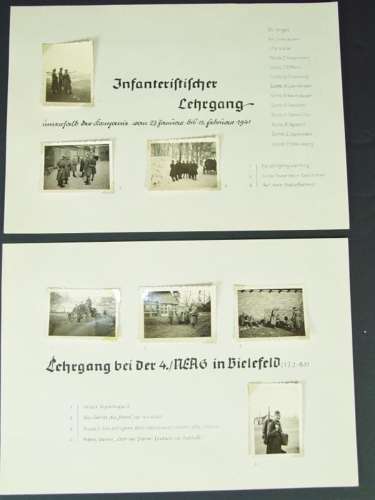 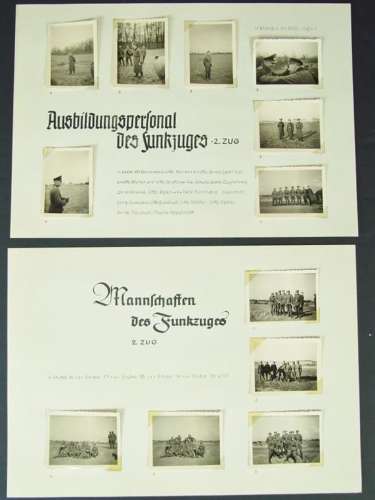 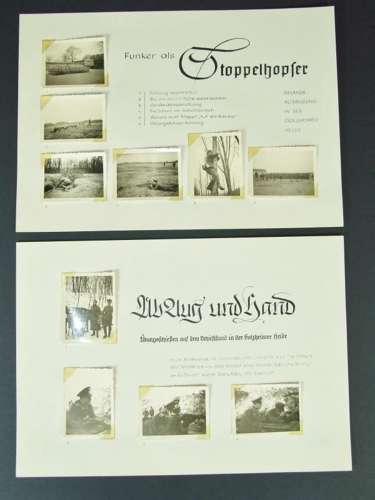 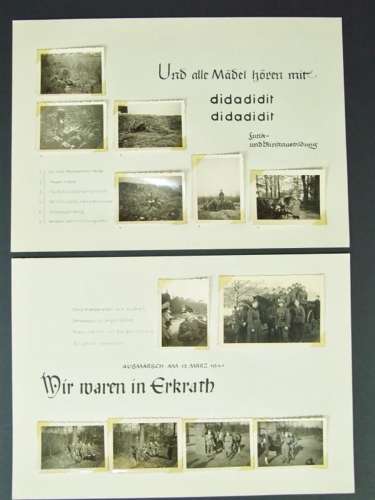 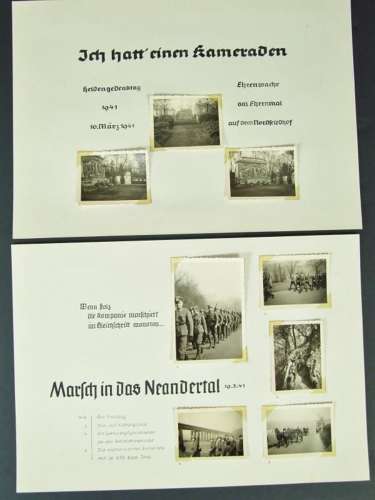 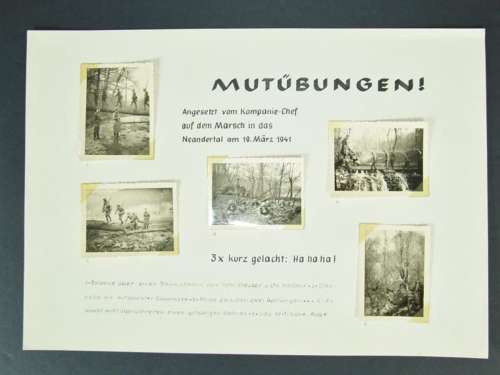 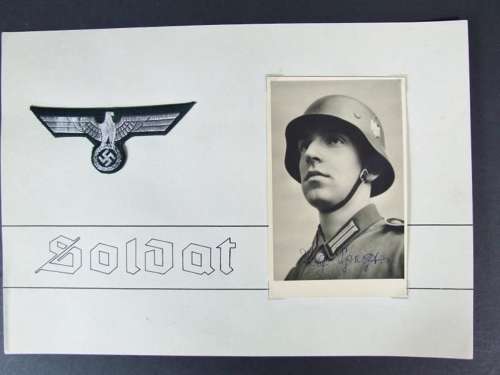 A Beautifully Penned Collection of 68 Orginal Photographs to one Germa

A quite exceptional collection of 68 original photographs all mounted with corners on card and charting the service history of one Rolf Specht from his enlistment in December 1940 through to March 1941 while undergoing training with a signals regiment.
Possibly intended to be added to an album what makes the pages outstanding is the beautifully penned details added by Specht, clearly an accomplished Calligrapher, who has meticulously added the names of his colleagues along with locations and dates.
Most photographs measure 63mm x 50mm, the first page with a signed photo card of Specht alongside a machine embroidered breast eagle in silver wire of the type worn on the waffenrock.
Initial research shows that Specht was born in Bielefeld on 19/7/20 and killed in Clervaux Luxembourg on 15/1/45.He is buried at the Recogne German war cemetery a few miles north of Bastogne which contains the graves of 6,807 German soldiers who died during the Second World War.
An interesting and truly beautiful collection.