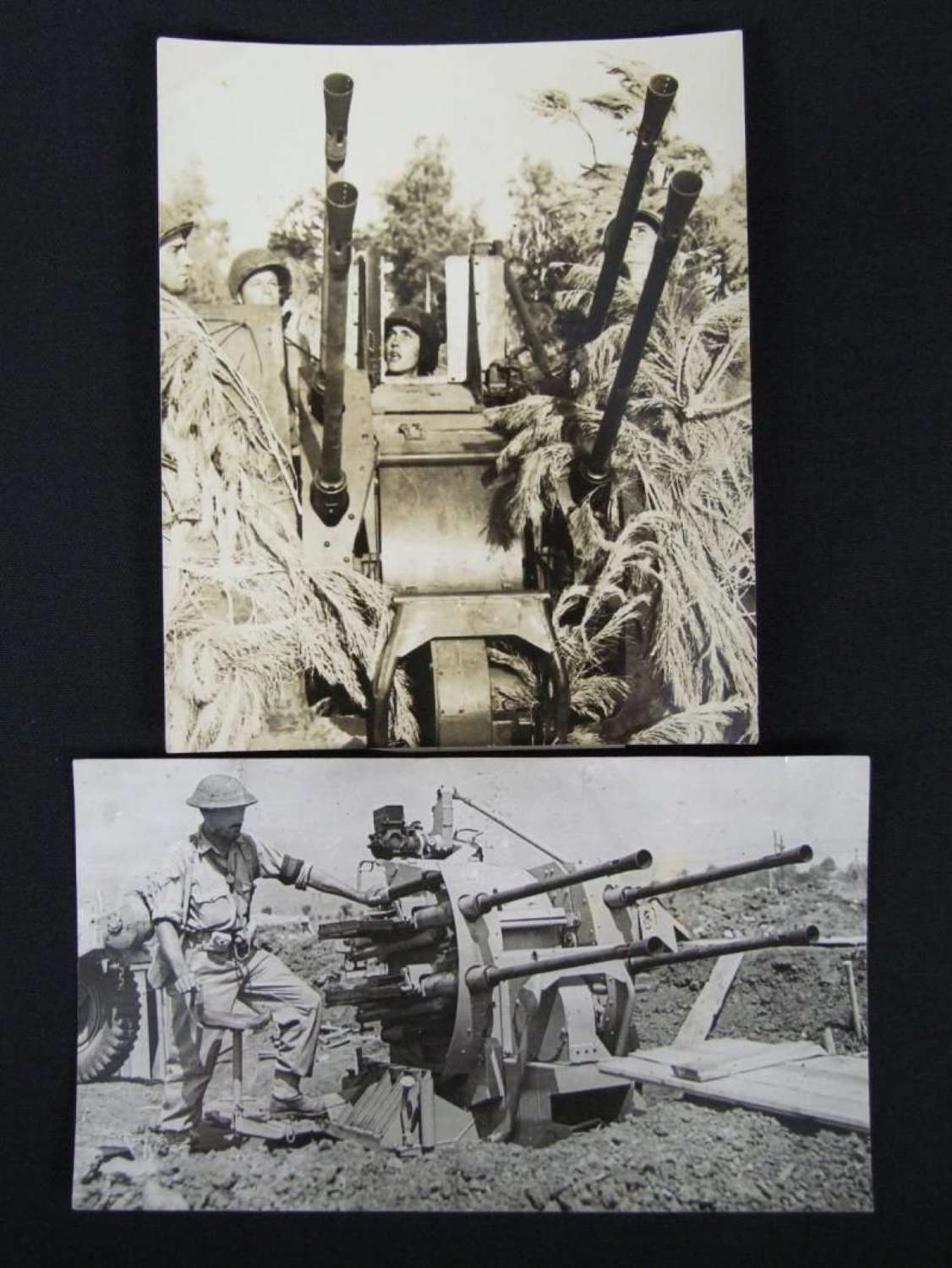 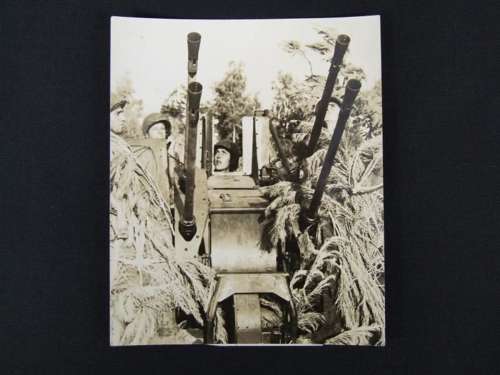 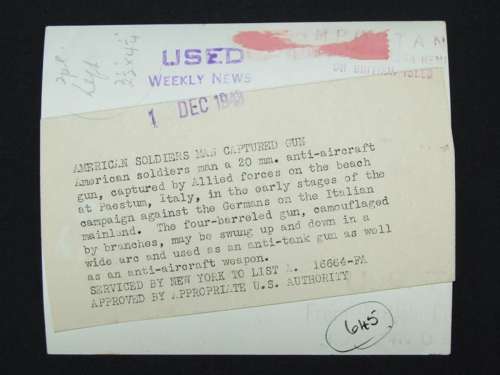 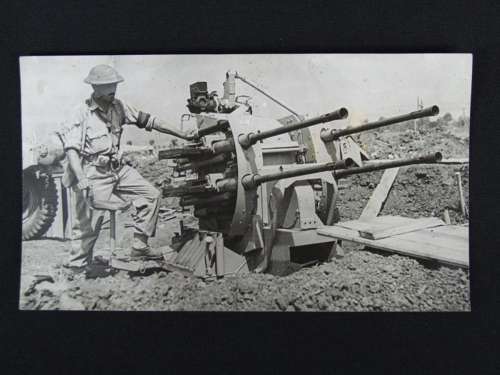 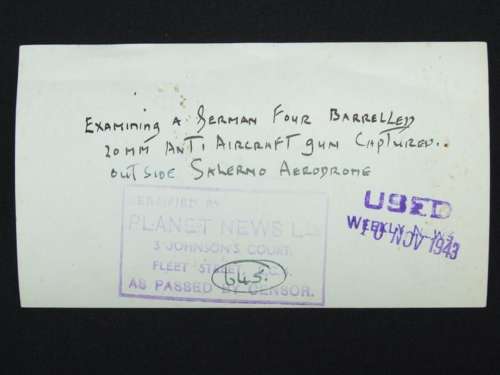 Two very clear press release photographs of the four barrelled 2 cm Flak Vierling 38, one American and one British.
The British photograph measures 142 x 80mm and shows a gun being examined near Salerno Aerodrome. Certified as passed the censor by Planet news London. The American photograph was taken near Paestum, Italy and measures 128 x 105mm with details attached