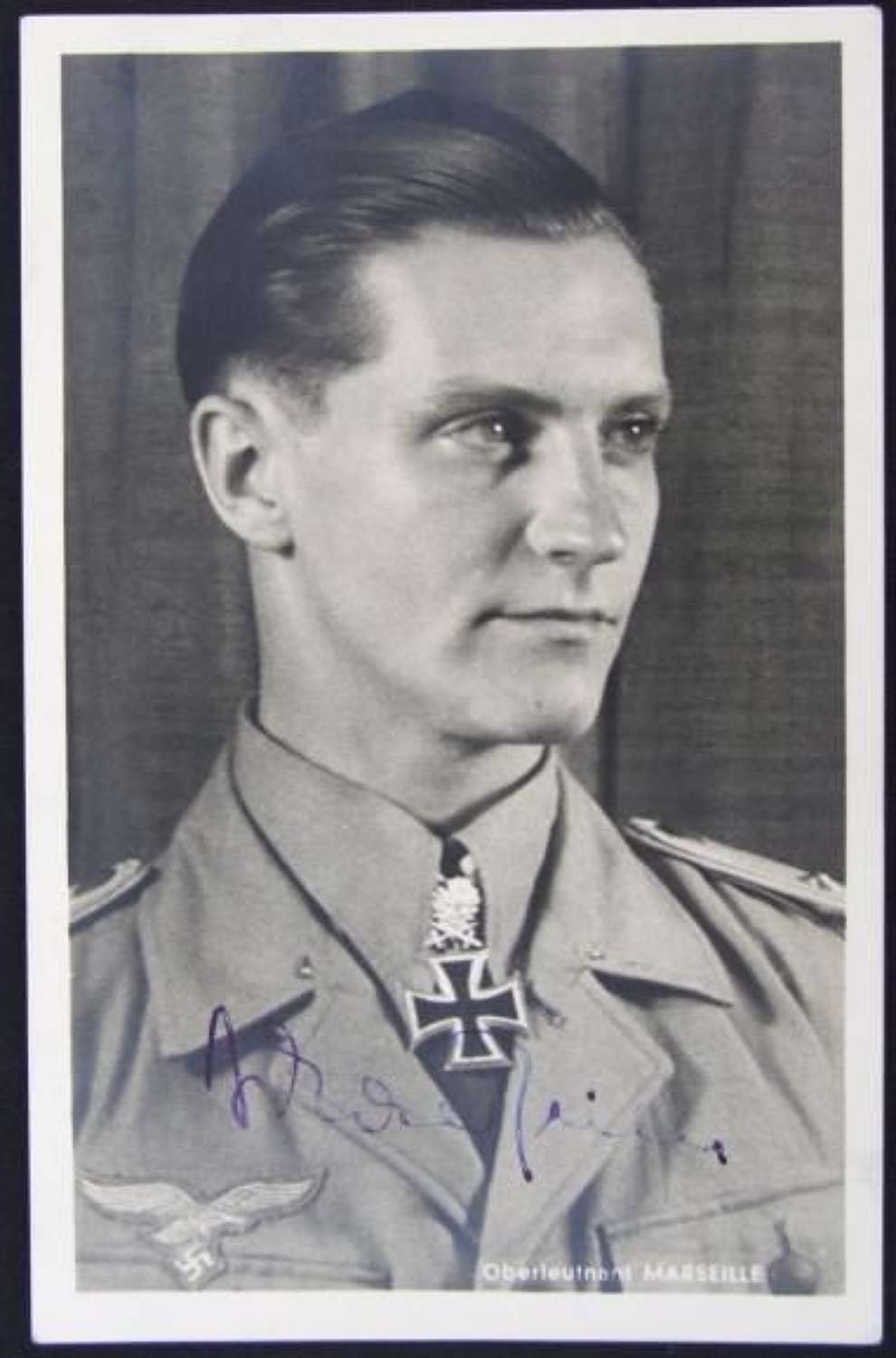 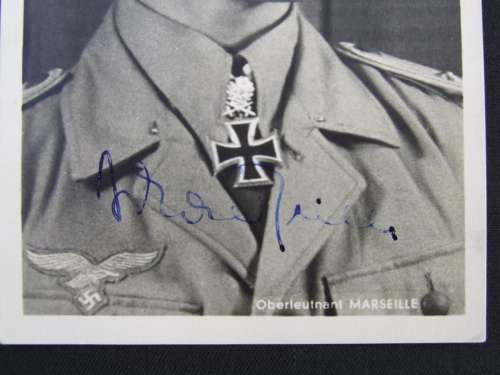 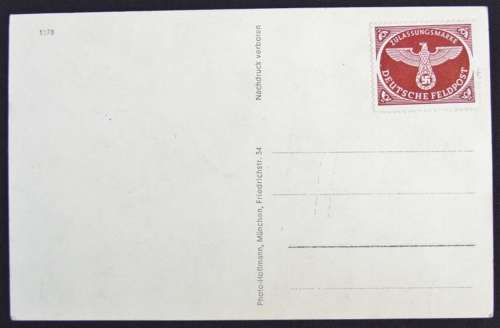 A good original Hoffman Postcard of Oberleutenant Hans- Joachim Marseille, â€œThe Star of Afrikaâ€, with his original signature in blue ink.
The Postcard is in very good condition with an original Feldpost stamp attached, the signature still clear. Of the Hoffmann Postcards of Luftwaffe Knights Cross Holders, those of Marseille with a signature are the most sought after.
Born on 13.12.1919 in Berlin-Charlottenburg, Marseille received the Knights Cross on 22.02.1942, the Oakleaves on 06.06.1942, the Swords on 18.06.1942 and the Diamonds on 03.09.1942 after the shooting down of his 125th British airplane.
Marseille was killed in action on 30.09.1942 in North Africa whilst holding the rank of Hauptmann and StaffelkapitÃ¤n after abandoning his Bf109 following an engine failure. It is though he struck the horizontal stabilizer and was either killed by the impact or unable to open his parachute.