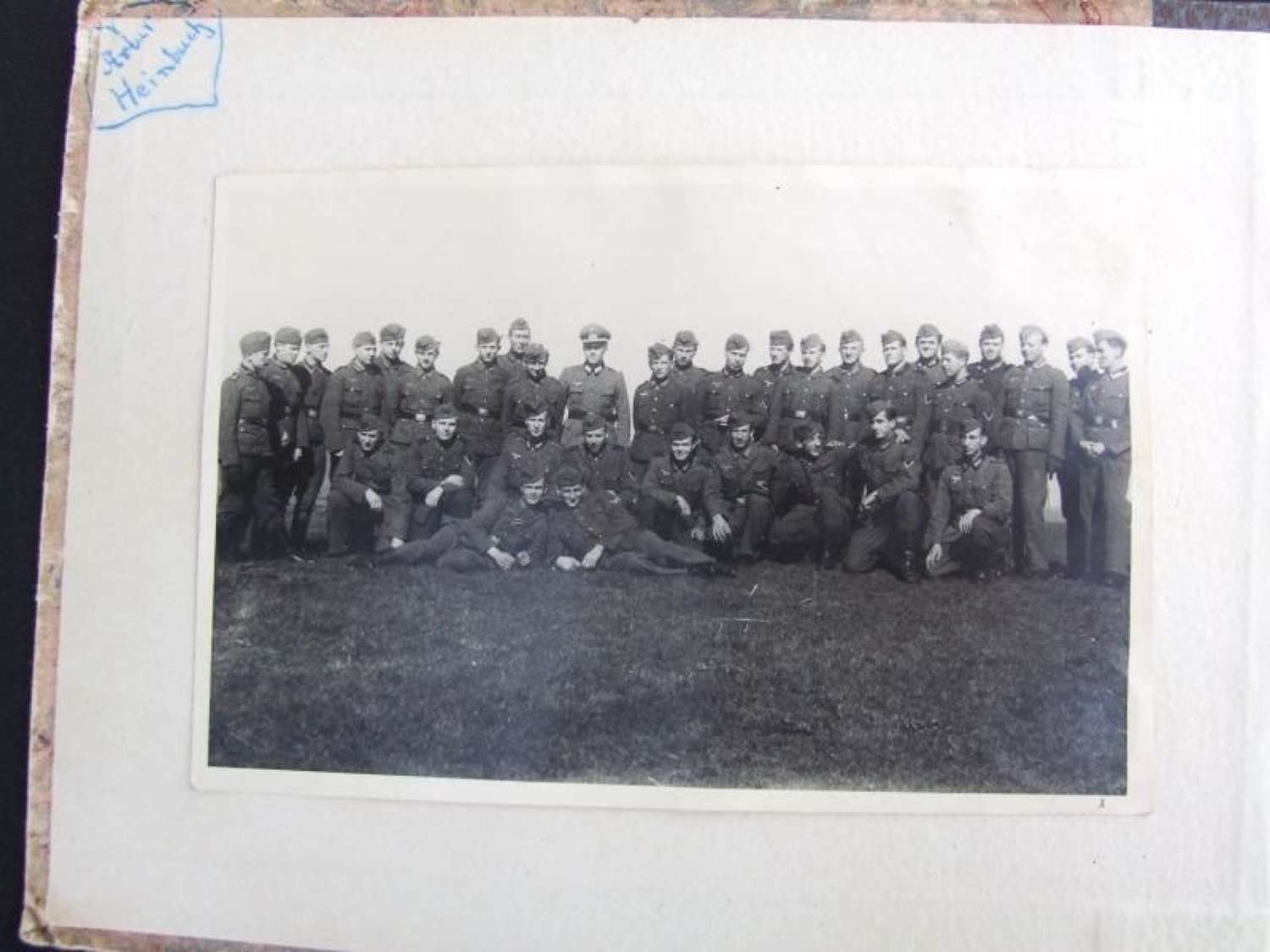 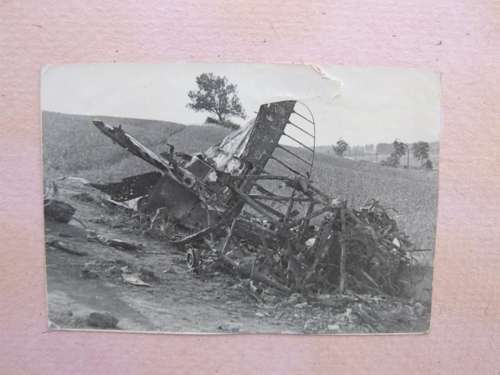 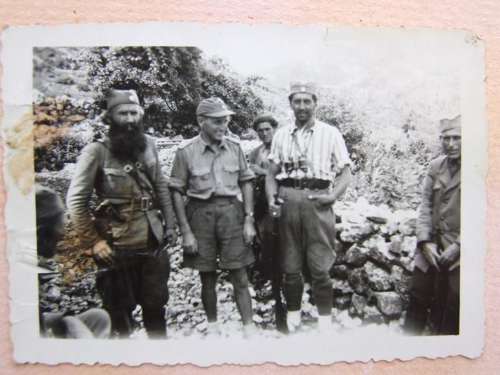 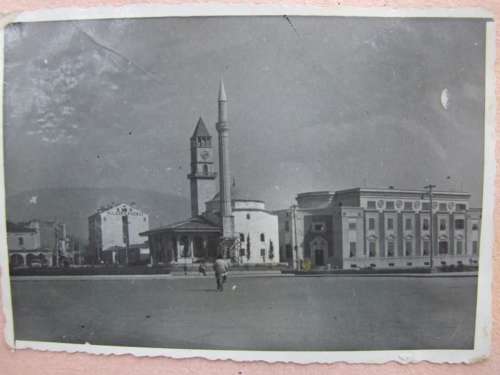 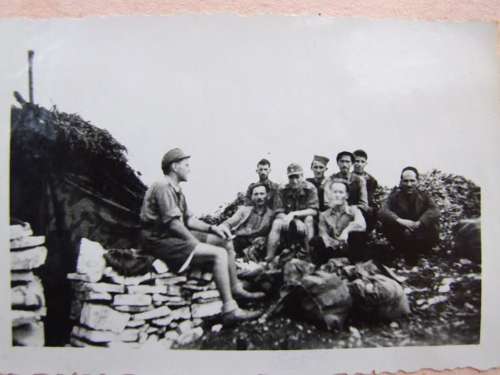 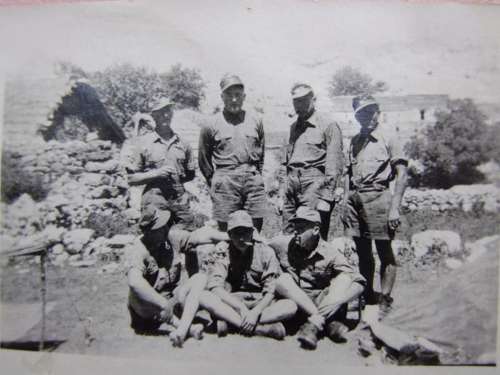 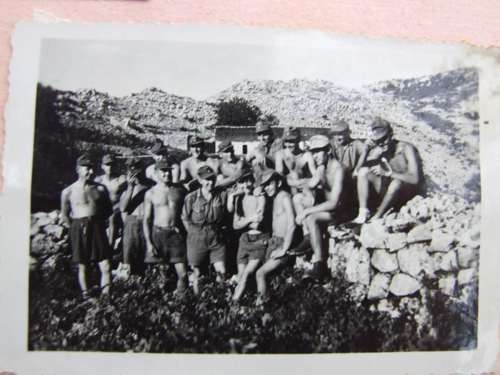 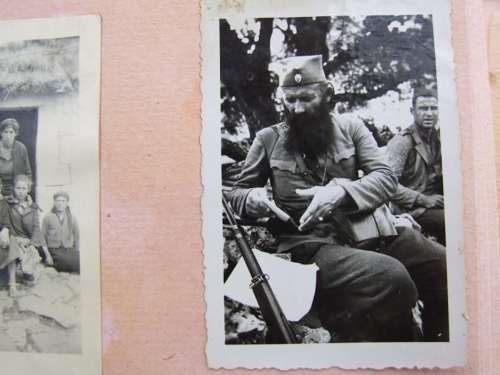 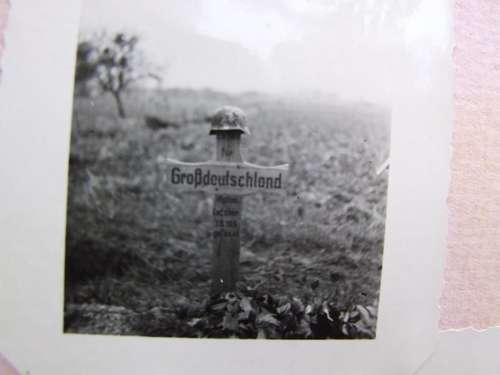 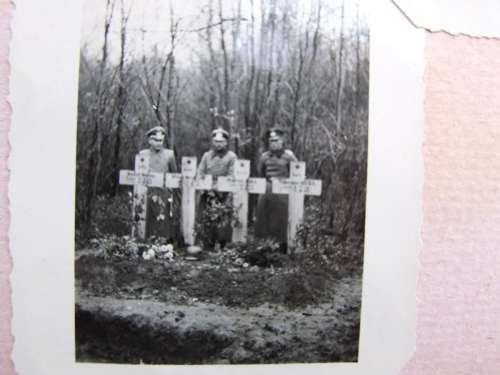 An interesting personal Photograph Album once belonging to Arthur Heinbuch, part of the German forces that entered Albania in the summer of 1943 shortly before the Italian forces capitulated in September.
The album measures 220mm x 155mm and contains about 47 original photographs of which 23 are of his wartime service including one of the Etâ€™Hem Mosque in central Tirana and some which clearly show nationalist partisans with German troops in tropical uniform. There are a further 13 pre war personal photographs and 3 post war.
The Album itself is in good condition, the photographs very good and I believe perhaps un published
In July and August 1943, the German army occupied Albanian airports and ports, ostensibly to protect Italian Albania from the possibility of an Allied invasion. By mid-August there were some six thousand German troops in Albania .After the capitulation of Italian forces on 8 September 1943, German troops swiftly occupied Albania with two divisions.
Researching the album proved fascinating, not only because my own father in law was with No. 2 Commando fighting with the Yugoslav partisans in Albania but also trying to understand the complicated political situation from 1939 with the Italian invasion to itâ€™s eventual emergence as a communist country.
A small but most interesting Photograph Album