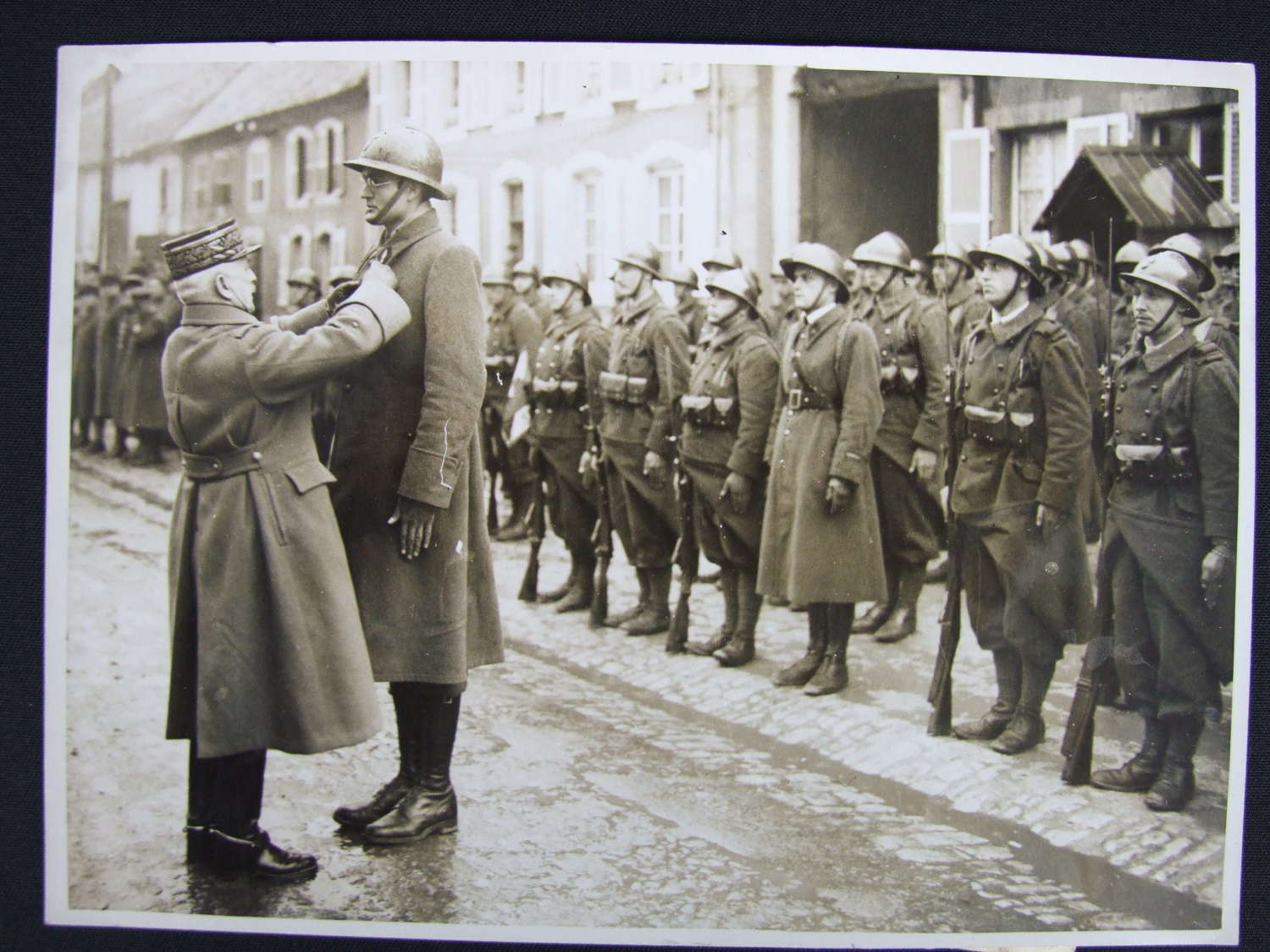 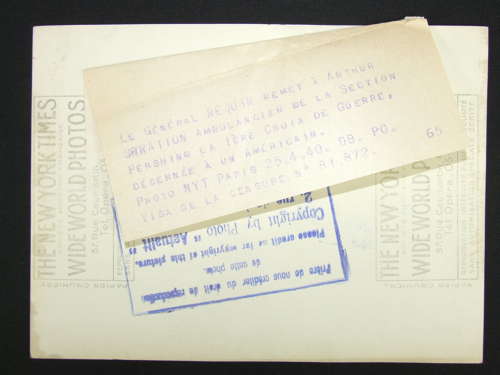 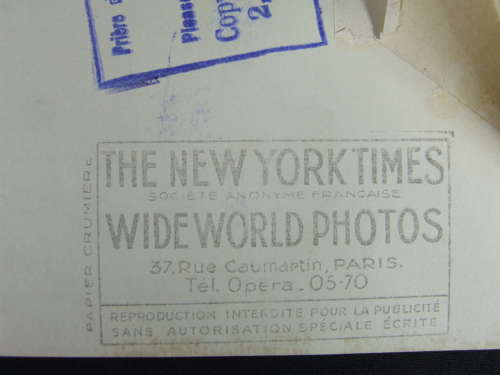 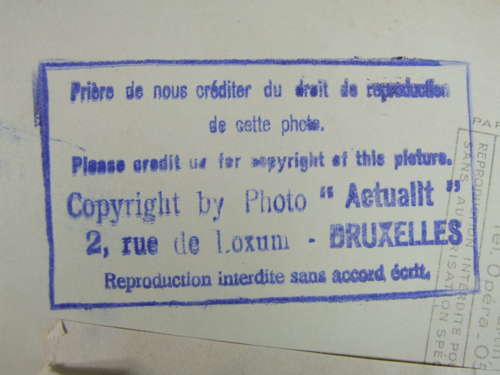 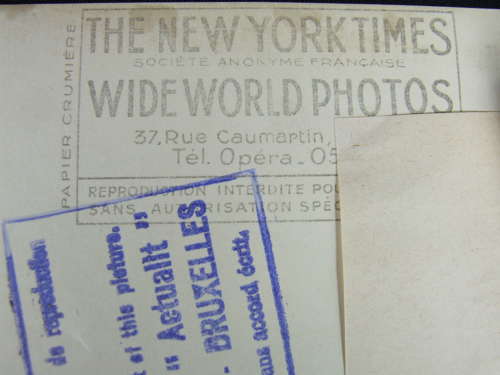 A 180mm x 132mm Official Press Photograph of Arthur Stratton being awarded the Croix de Guerre by French General Requin. Dated 25.4. 1940 he was the first American to receive the award in WW11. While serving with the American Field Service as a World War II ambulance driver, he was twice awarded the Croix de guerre for bravery under fire, the first time on the Western Front, the second in North Africa.

Arthur Mills Perce Stratton (1911 – 3 September 1975) was an American author and traveller. He was a playwright, a novelist, an OSS agent, a teacher in Turkey, and an assistant college professor in the US, before working for the CIA for about ten years and becoming a travel writer and biographer.

He was in France on the outbreak of the Second World War and joined the American Field Service as a volunteer in 1940 as an ambulance driver in France, he was the first foreign volunteer to be decorated by the French Army during the war. The annual Report of the President of Bowdoin referred to the incident:

A Bowdoin graduate in the class of 1935, Mr. Arthur M. Stratton, was the first American to be decorated by the French government with the Croix de Guerre with Palms for bravery under fire... while serving with the American ambulance units on the Western Front.

He was to receive the Croix de guerre twice. In late April 1942, while serving with the Free French Forces in the Eighth Army commanded by Montgomery, he was very severely wounded, more than ten times, while trying to evacuate wounded soldiers from the trap laid by the German Army at Bir Hakeim in the Libyan Desert and was incapacitated from further duty. His act was seen as a feat of exceptional courage and he received his second medal. Free France magazine reported that "A. M. P. Stratton of Brunswick, Maine was wounded in the right leg and left arm while attempting to salvage a partially demolished ambulance.The Columbia alumni news noted that "ARTHUR M. STRATTON, '42AM (Bowdoin)... was wounded at Bir Hacheim and was awarded the Croix de Guerre with Palms by the Free French.

At that time, Stratton was a close friend of the publisher Arnold Gingrich, whose magazine Coronet reported

The first ambulance ran into a storm of lead. The driver, George Tichenor, was killed instantly by a machine gun burst. His best friend, Arthur Stratton, like him a hero of the AFS in France, was in the ambulance behind Tichenor. Stratton's car, too, was struck by a machine gun burst and the steering mechanism destroyed. He hailed a truck and continued the perilous journey under tow. But he had advanced only a few hundred feet when a shell struck the front of his ambulance. Stratton, wounded in 11 places by machine gun fragments, helplessly watched his loaded ambulance destroyed by flames... Nothing is "out of bounds" to a bold AFS man.

In November 1942, Stratton returned to Bowdoin College to recover from his wounds. After his recovery, he was recruited as an agent of the Office of Strategic Services and moved to Turkey, where he taught English at Robert College in İstanbul.

Post war Stratton then worked for the Central Intelligence Agency for some ten years. In the course of this work, he travelled widely, returning to Turkey often and also living in India, Indochina, and Madagascar.

A photograph, in very good condition, of an amazing man.