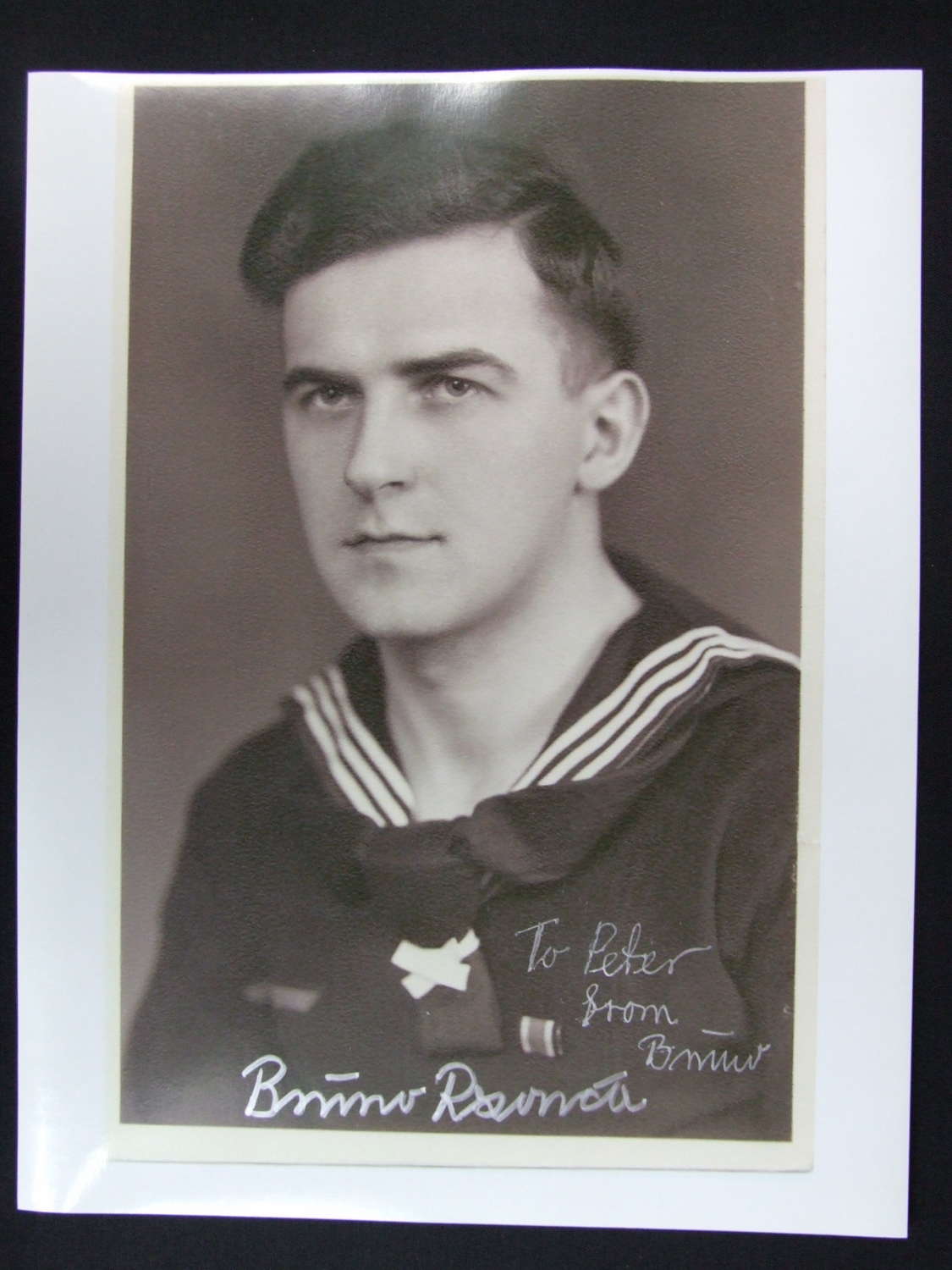 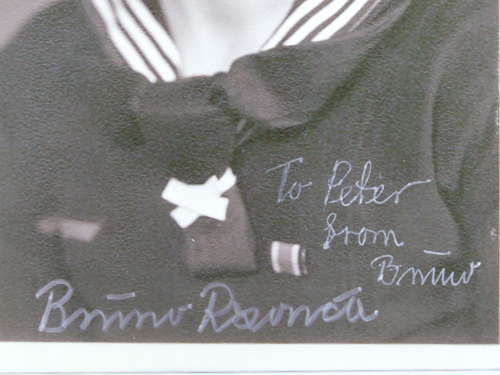 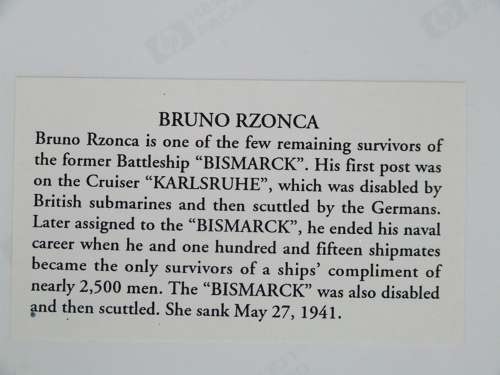 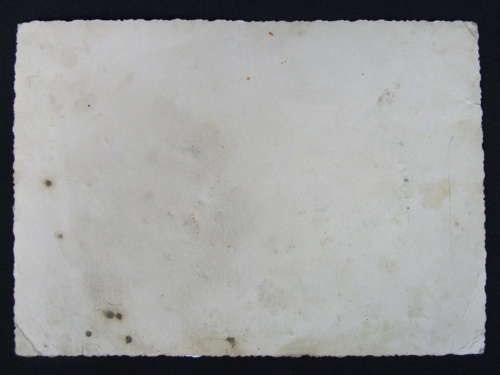 A 278 mm x 219 mm copy of a signed photograph of Bruno Rzonca one of the few survivors from the Battleship Bismarck, counter signed with his original signature.

These photographs were sold at various arms fairs in the US but this example has been countersigned by Rzonca himself with a dedication, from Bruno to Peter.

In very good condition the reverse has a label giving his history: “Bruno Rzonca is one of the few remaining survivors of the Battleship Bismarck. His first post was on the Cruiser Karlsruhe which was disabled by British submarines and then scuttled by the Germans. Later assigned to the Bismarck he ended his naval career when he and 115 shipmates became the only survivors of the ship’s compliment of nearly 2.500 men. The Bismarck was also disabled and scuttled. She sank May 27,1941”.