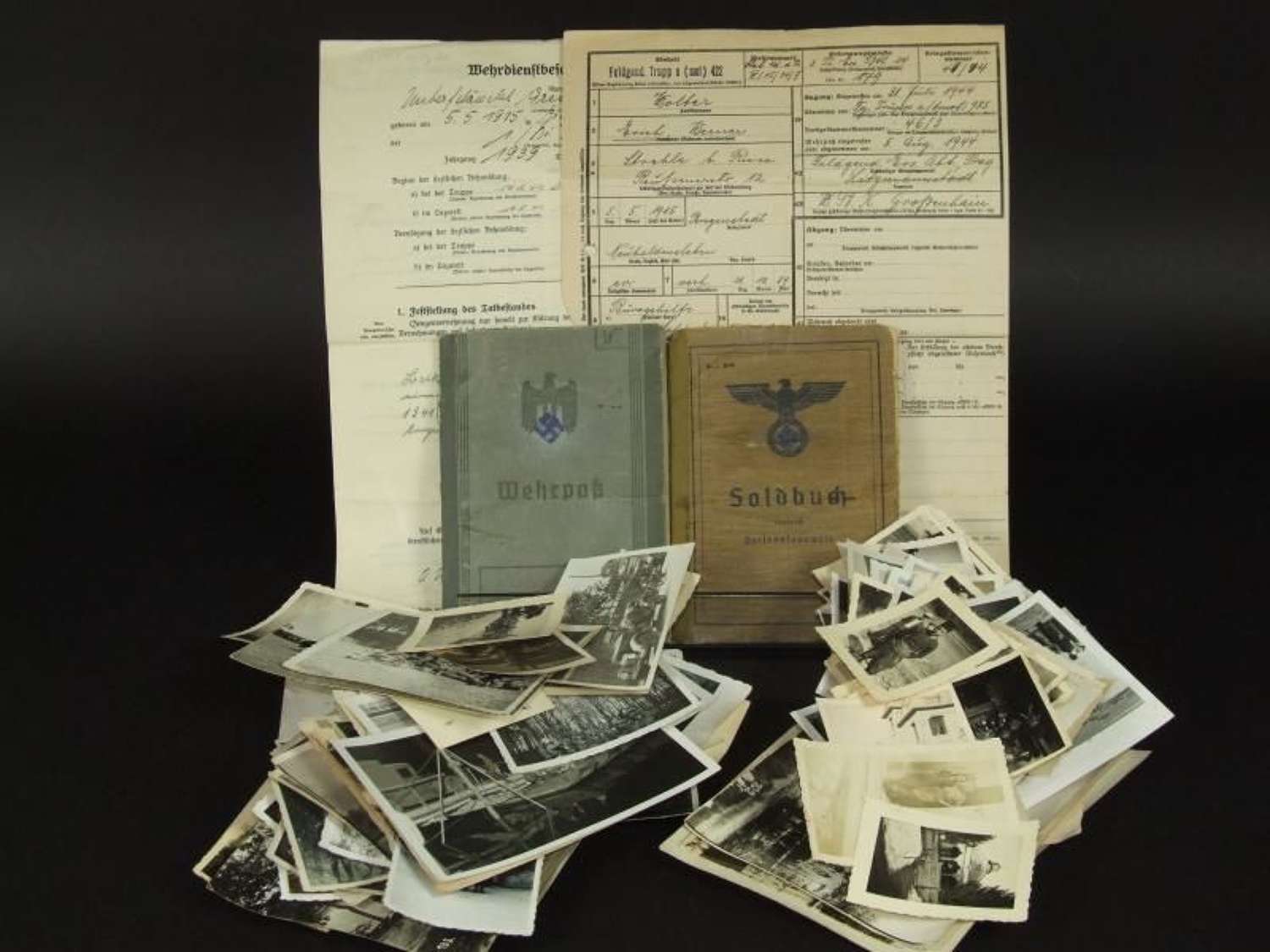 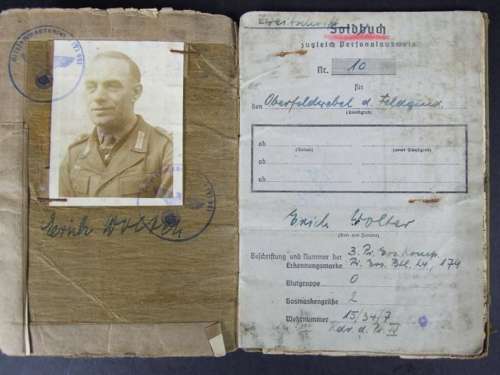 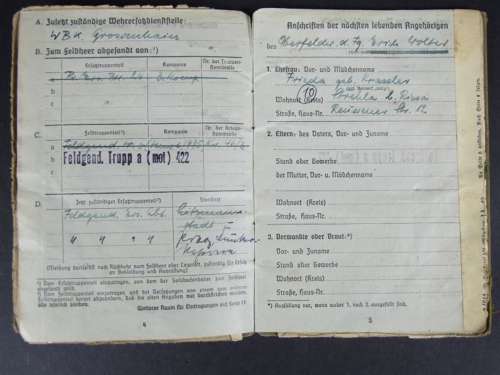 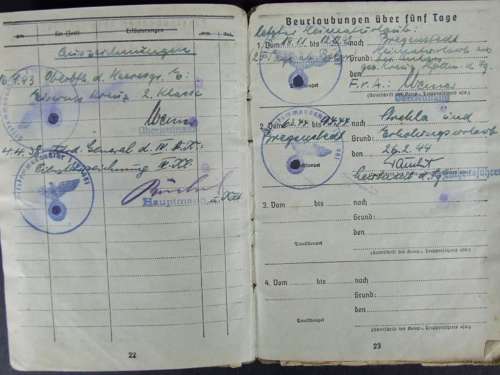 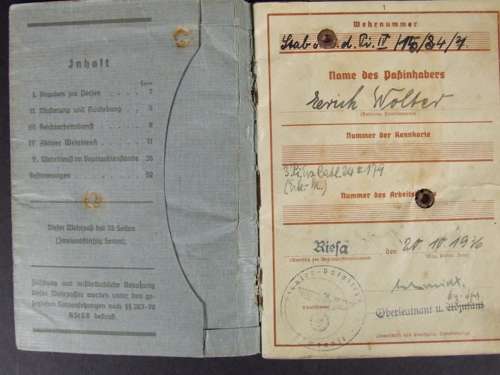 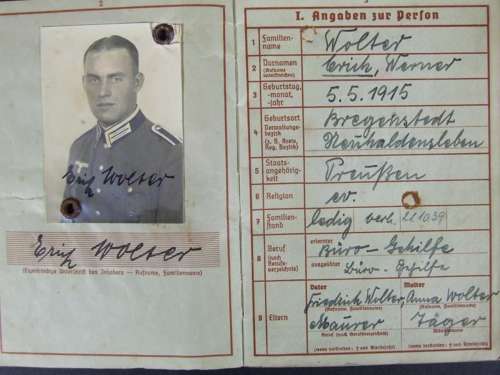 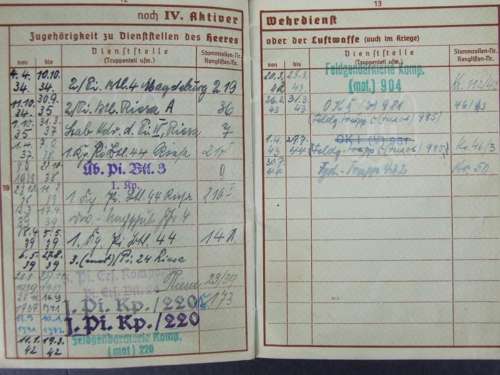 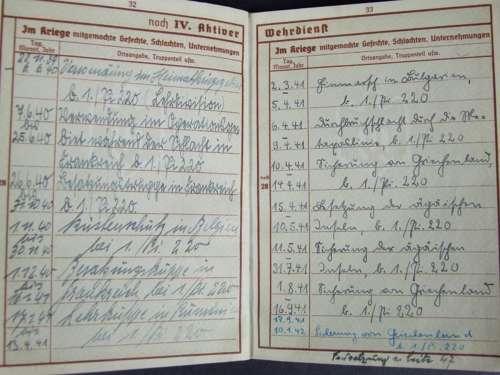 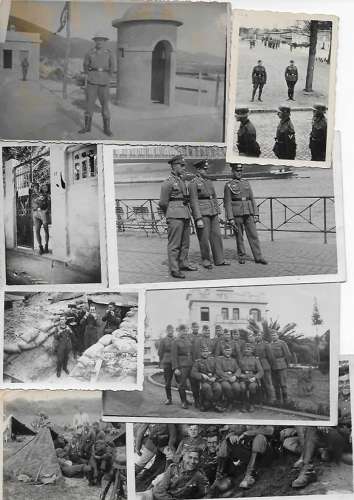 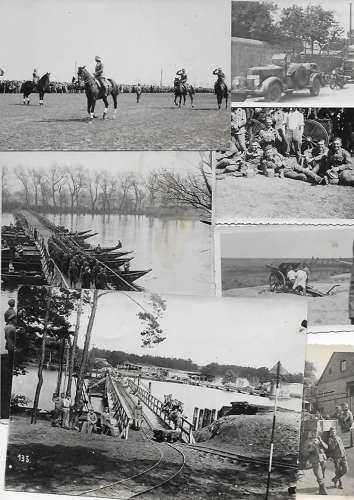 A fine and very rare Feldgendarmerie grouping to Oberfeldwebel Erich Wolter comprising Soldbuch, Wehrpass and a collection of over 100 photographs.
Wolter began his career as a Pionier and served with various Pionier units until 1942, reaching the rank of Unterfeldwebel. In January 1942 he transferred to the Feldgendarmerie and was promoted to Feldwebel in May 1942 and Oberfeldwebel in May 1943.
He served with Feldgendarmerie Komp 220, Feldgendarmerie Komp 904, Feldgendarmerie Trupp 985 and Feldgendarmerie Trupp 422.
Most of his Feldgendarmerie service was on Crete and in Greece, where his Wehrpass confirms that he was involved in anti-partisan operations.(BekÃ¤mpfung der Bandenbewegung in Griechenland)
He was awarded the Iron Cross 2nd Class with Feldgendarmerie Trupp 985 on Crete. Bravery awards, even the modest EK2, awarded to Feldgendarmerie personnel are rare.
The Soldbuch photo is an excellent example in tropical uniform whilst the photo in the Wehrpass, rather thÃ¡n showing the typical civilian dress, also has him in uniform, the Waffenrock of his Pionier unit.
The photographs range from him as a recruit in 1934 through to his service with the Feldgendarmerie on Crete. Most have period annotations on the reverse indicating dates where the pictures were taken. Also included is his original Wehrmacht personal data sheet.
Weapons he was issued at various points include the P08 Luger pistol and MP40 machine pistol.
Condition is very good with the Swastikas obscured in both the Soldbuch and Wehrpass, a common practice post war. Well over half of the photographs are service related.
Formerly part of the Gordon Williamson c ollection this Soldbuch is featured on page 98 of his book, Kettenhund