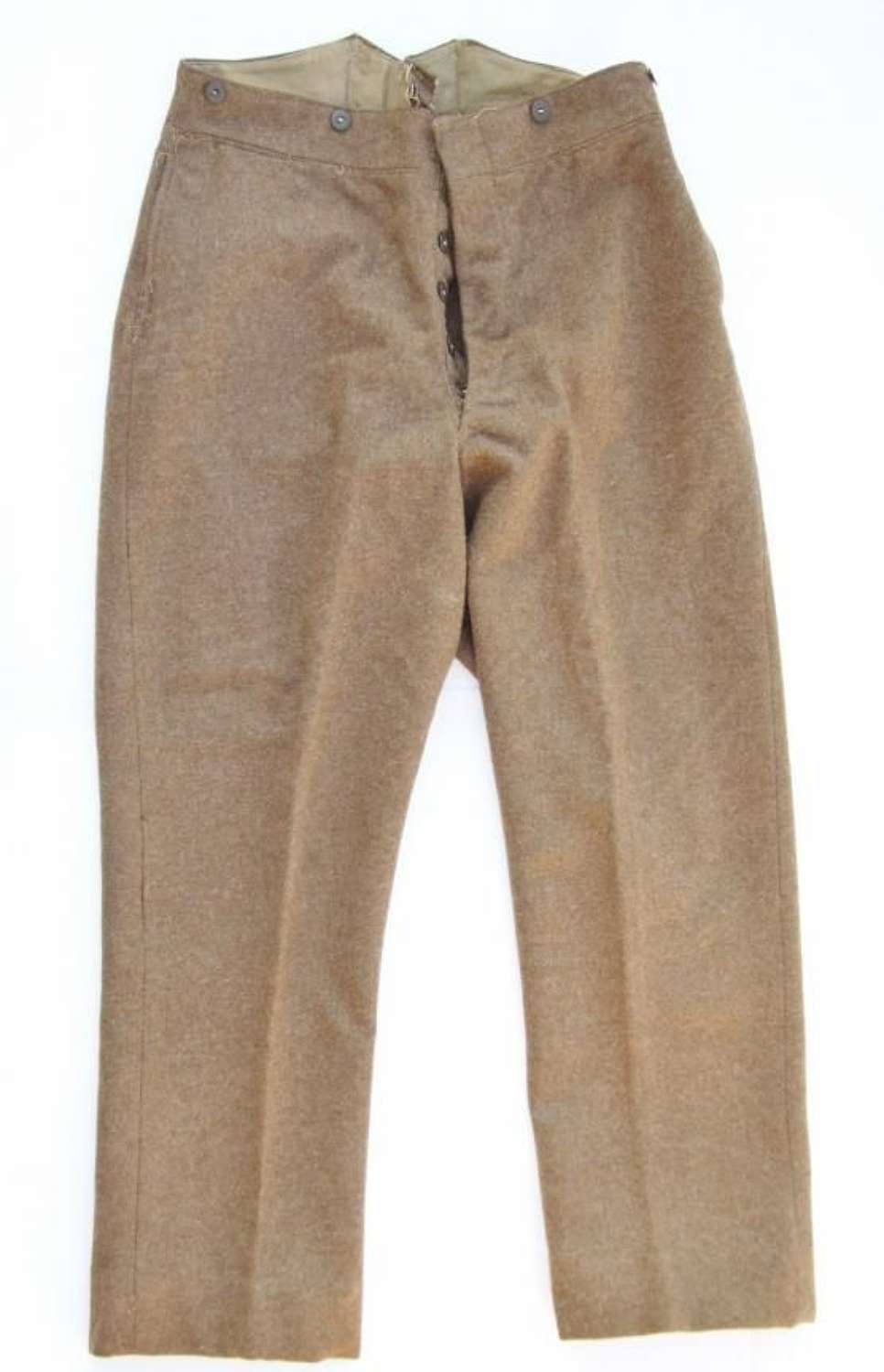 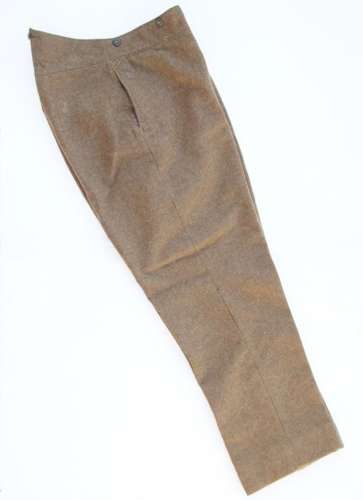 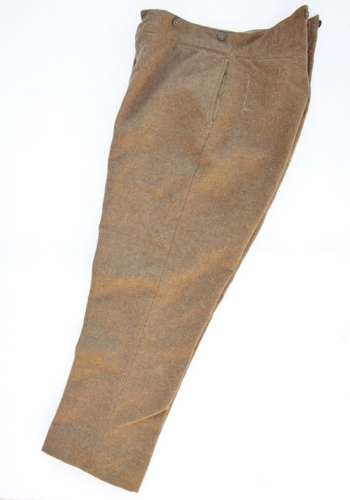 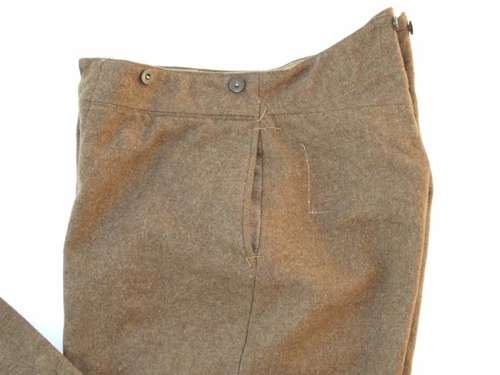 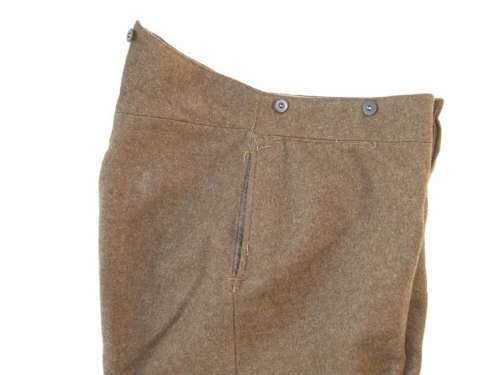 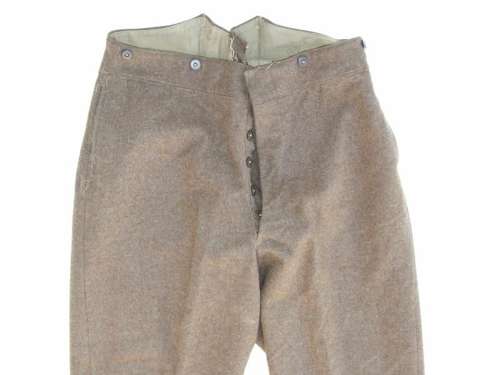 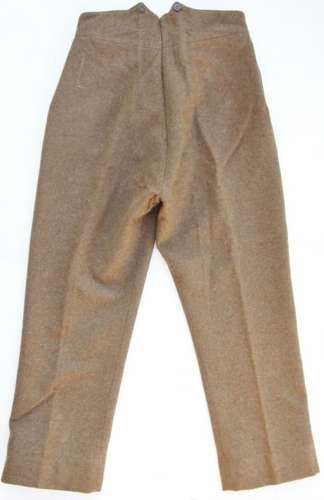 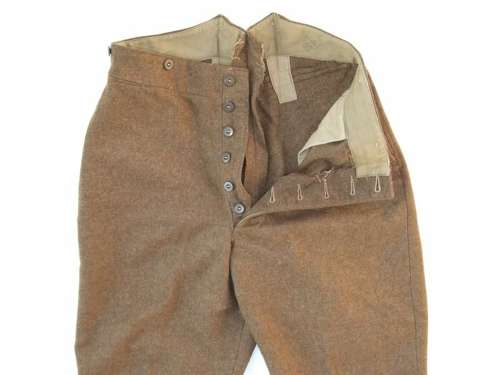 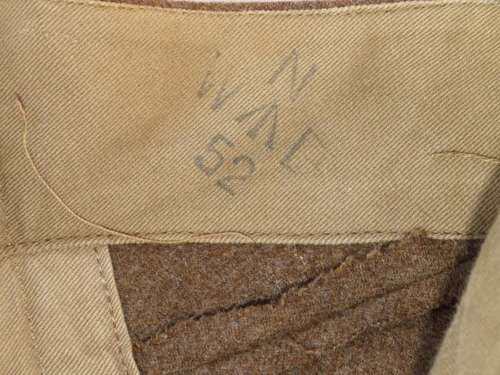 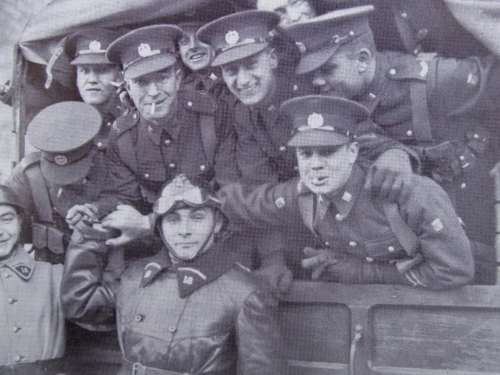 Although the intention was to reequip the entire British Army with the new 1937 pattern Battle Dress by 1939, manufacturing shortages and the outbreak of WW11 with the arrival of conscription made this impossible. As a result large elements of the British Expedition Force departed for France wearing Service Dress Jackets and trousers which, with modifications along the way, essentially dated back to the 1902 uniform.
These Trousers are just such an example and carry a WD inspectorâ€™s date for 1943. Following closely the original pre WW1 pattern they differ in quite minor respects such as the fishtail back to the waist and single row of reinforcing stitching top and bottom of the slash pockets. They are perhaps best thought of as the post 1921 Trousers or even pre 1939 pattern. There is no label.
Overall condition is very good with no real signs of having been worn. There is no moth damage, no wear to the heavy serge material and with all the enamel painted steel buttons in place.
Waist appears to have been taken in and now measures 34â€ with perhaps and other 2â€ available to let out. Inside leg is 29â€ with again up to 2â€ of cloth available to let down.
Ideal for an early war BEF display or a respectable compromise for a WW1 mannequin.