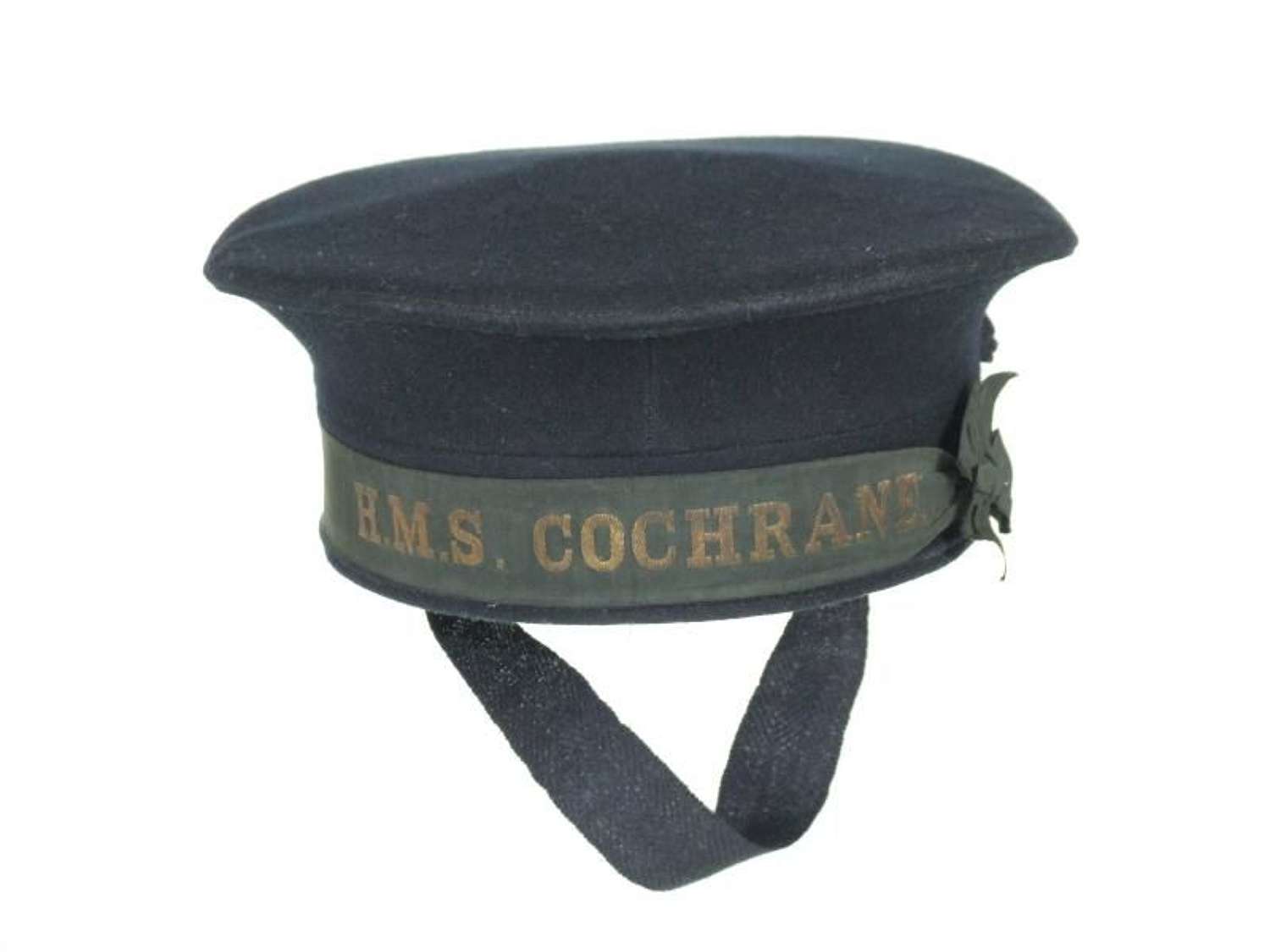 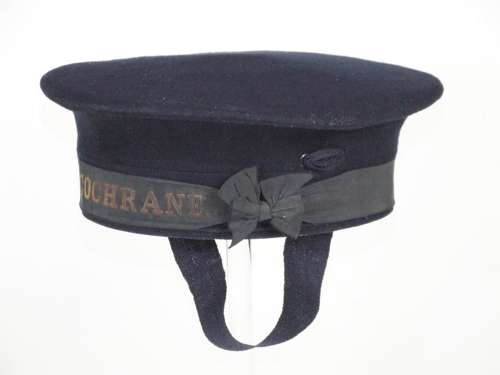 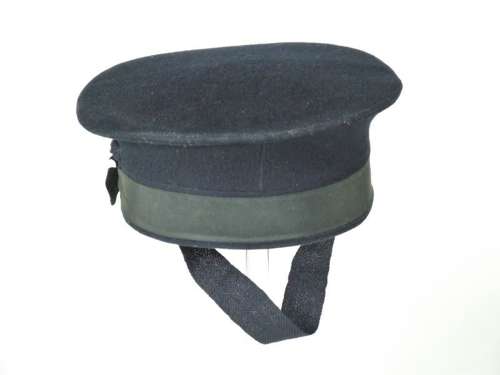 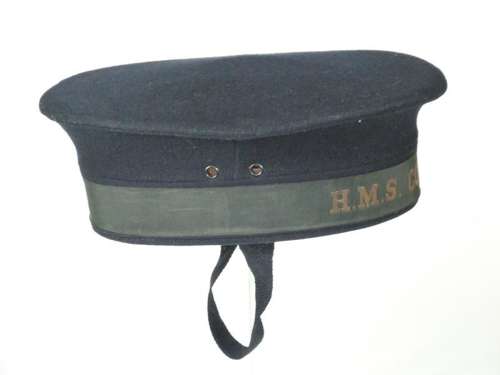 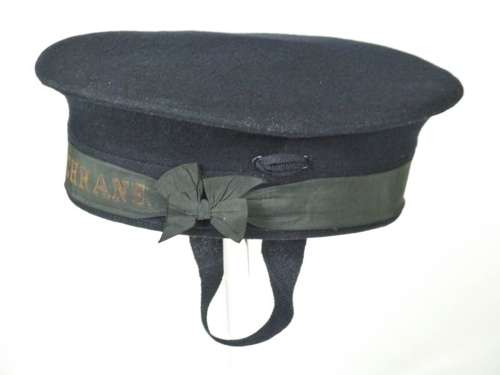 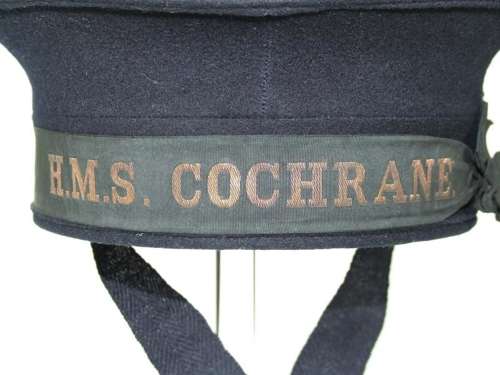 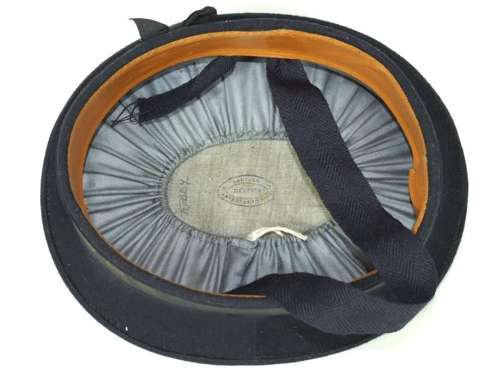 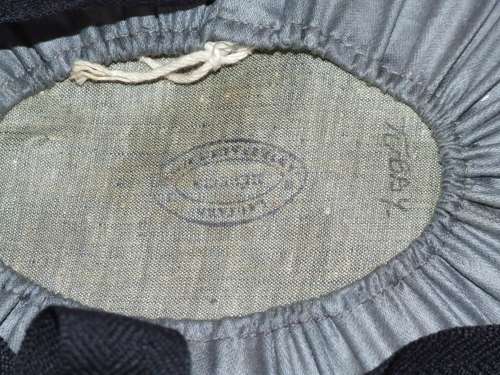 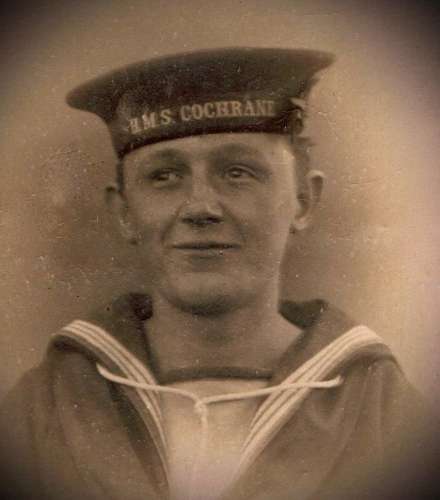 An excellent example of a Royal Navy Sailorâ€™s Hat with hat ribbon to HMS Cochrane (shore establishment) which was the Rosyth naval base commissioned in 1938, the name previously allocated to ships of the line.
The Hat is in excellent almost unused condition but named to â€œTubbyâ€ and with an indiscernible makerâ€™s stamp in the crown.
The ribbon or tally is of silk with toned gold wire lettering and tied in the regulation bow on the left side.
I have found this difficult to date. Certainly during both wars the ships name was removed as a security measure with sailor on leave wearing a ribbon to their depot. By the 1950s the blue topped hat was withdrawn so my best guess is the hat perhaps dates to the inter war years but may even be early 1950s.