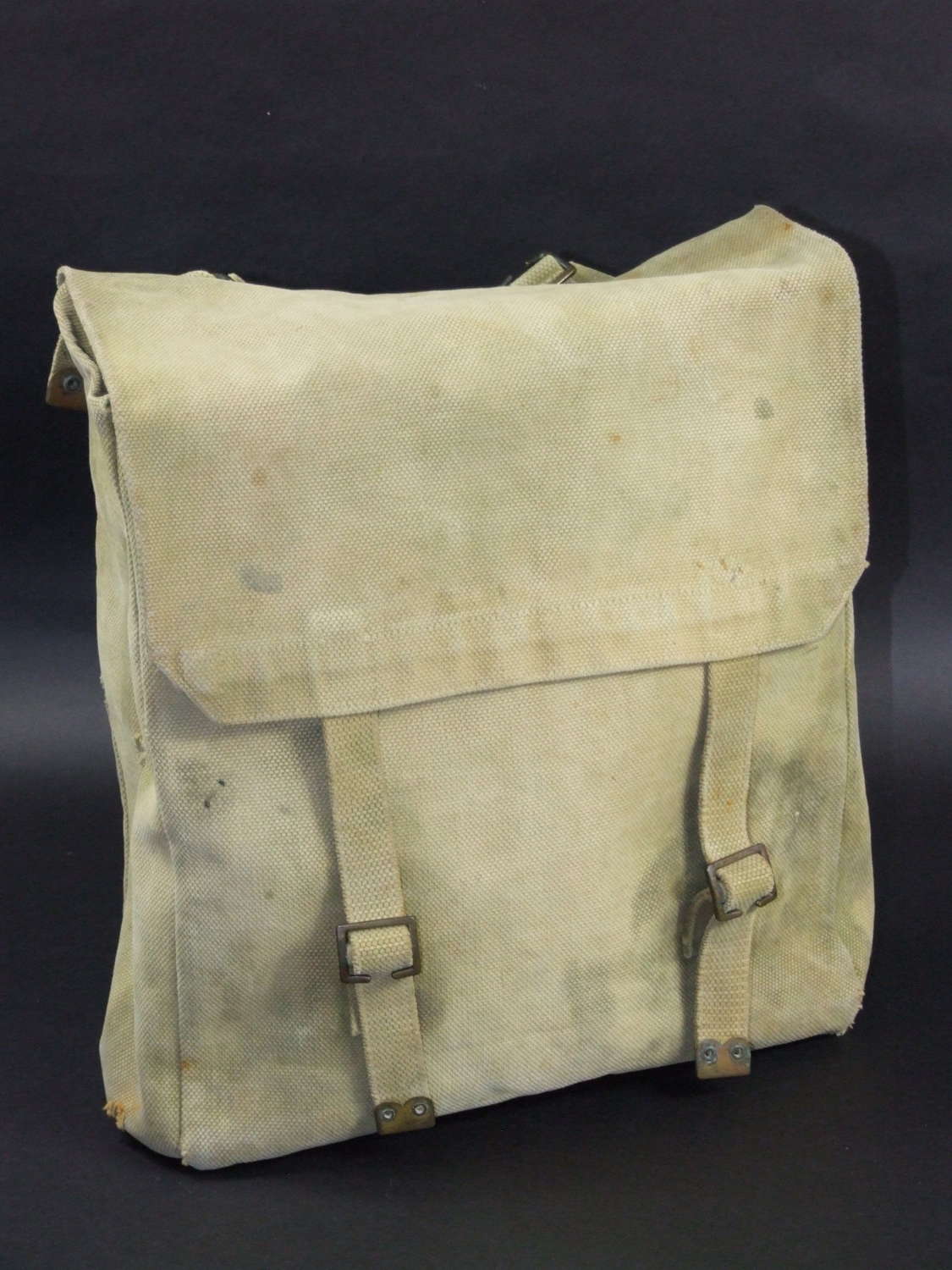 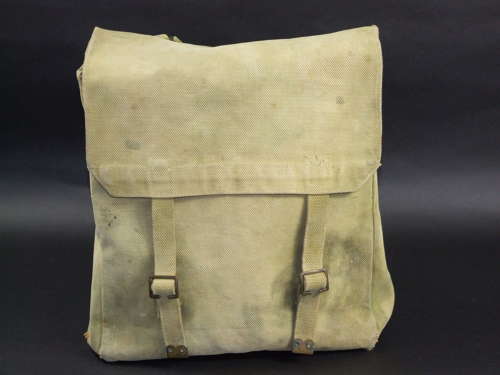 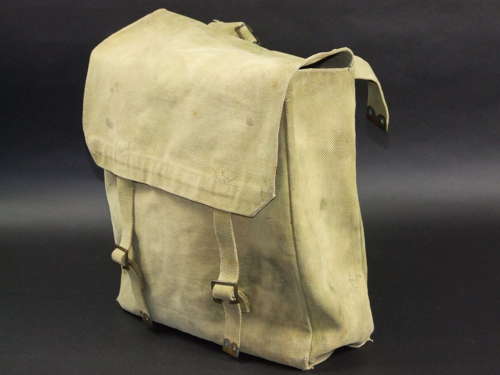 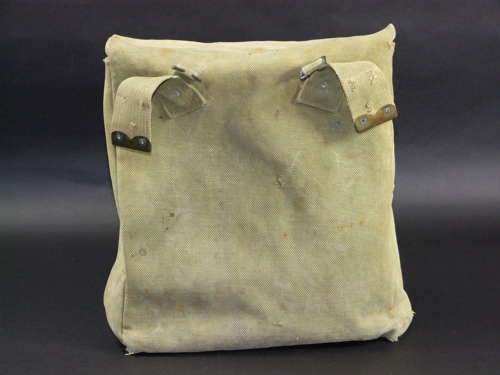 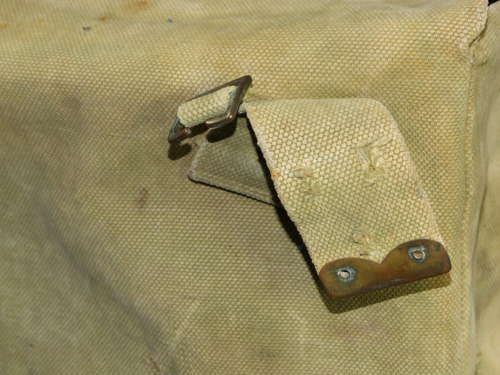 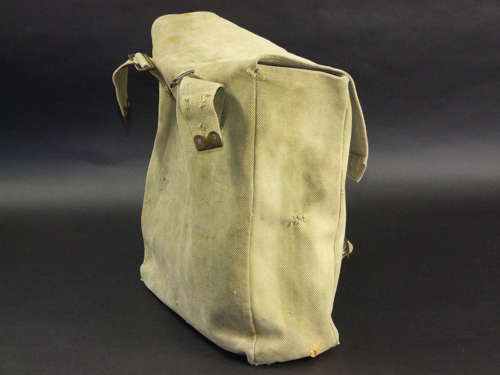 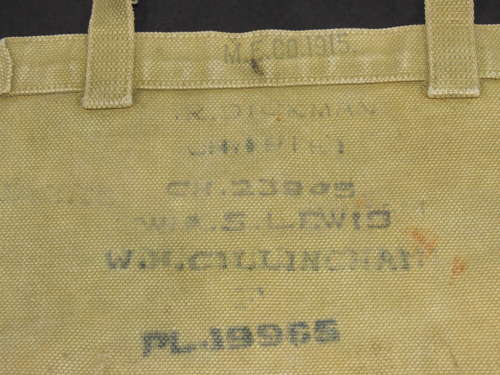 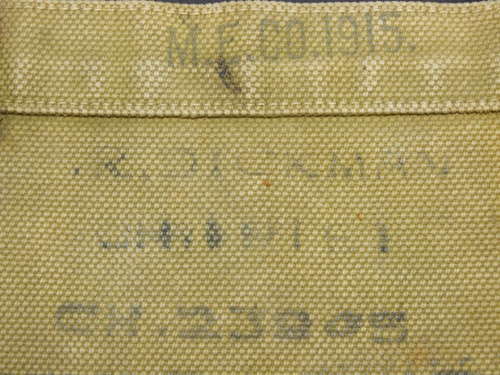 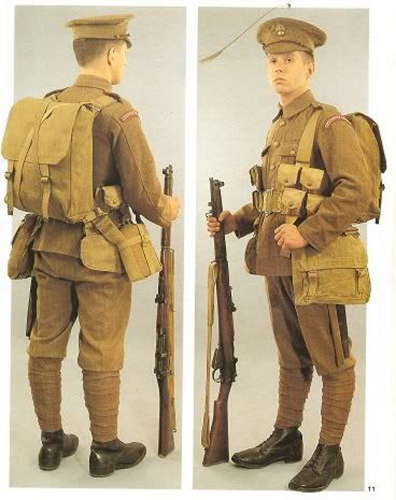 £70.00 Approx $84.85, €82.74, £70
Qty
A decent service used 1908 Pattern Webbing Large Pack with a nice early date of 1915
The Pack is complete and in good condition overall. During its service life it has been blancoed in classic “apple” green though this largely gone now with just traces remaining, this mainly to the inside flap and the rear shoulder brace securing tabs.
Both securing tabs have been pierced with three small holes which have left minor rust stains, I presume this indicating that at some time during its service life the pack had a shoulder strap riveted in position which has then been removed.
The inside flap is clearly dated 1915 and below this several different soldiers have left their names and service numbers.