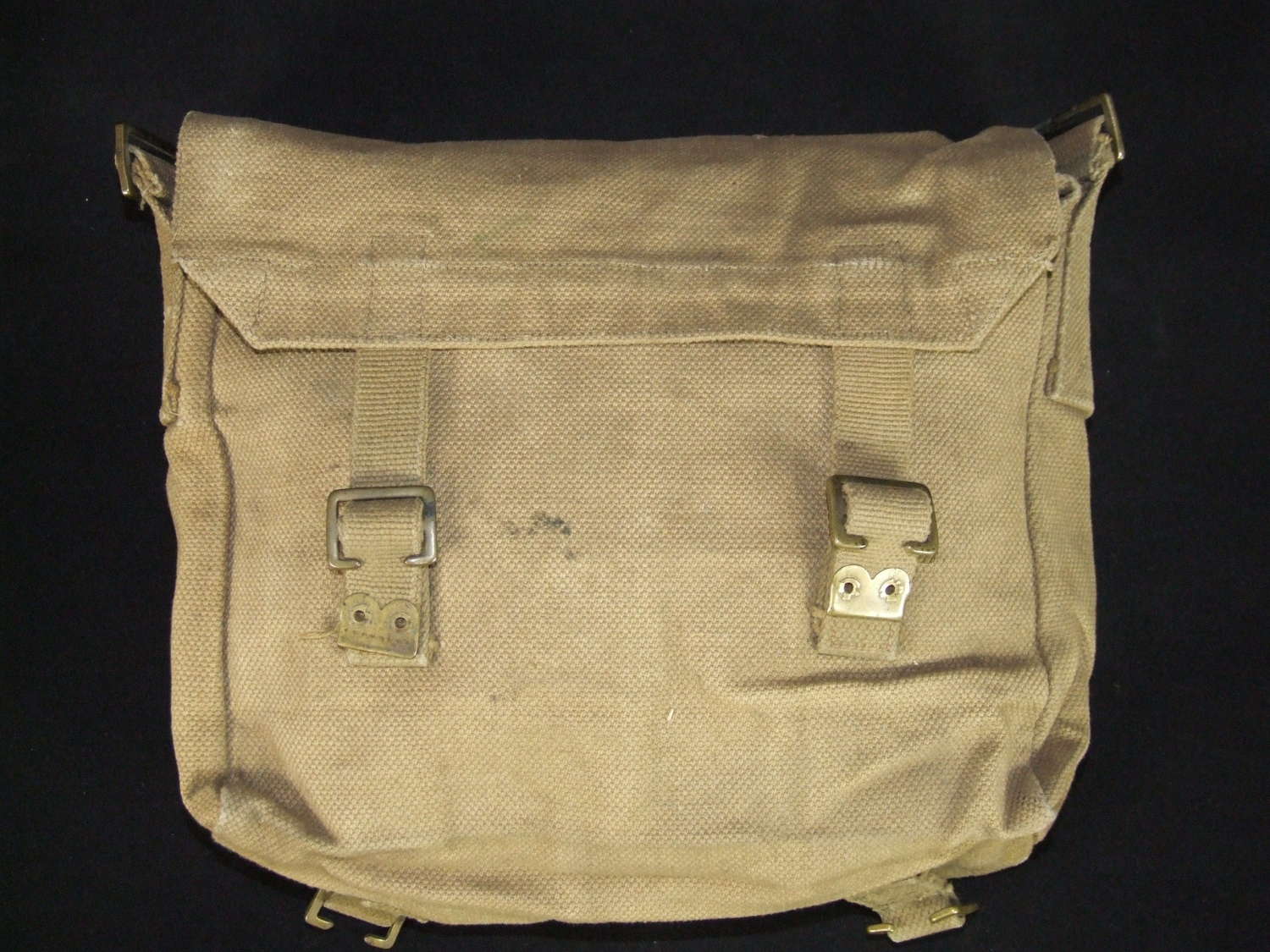 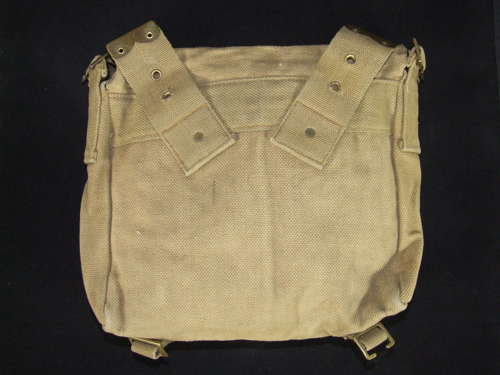 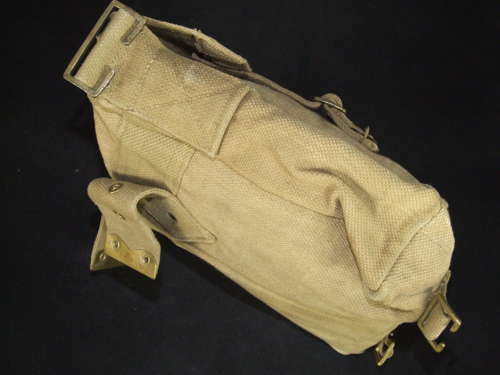 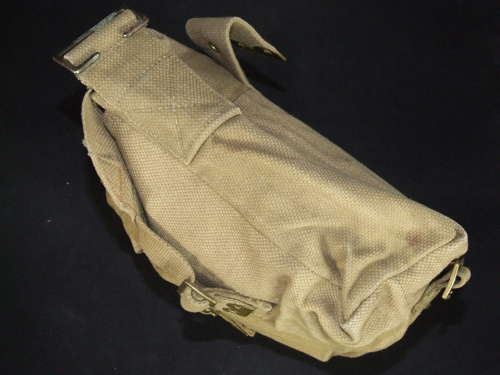 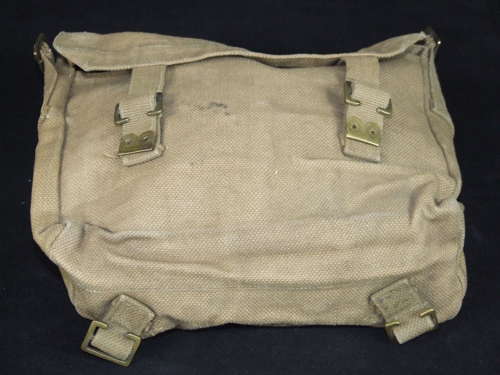 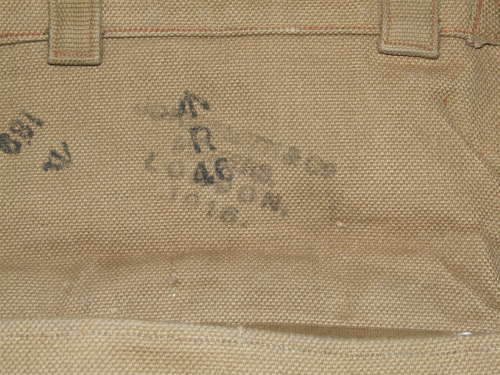 This third issue Pattern 1914 Pack was introduced by L. of C. entry 17599, 25 November 1915. In this final version, all of the chapes and tabs are web instead of leather. Also, notice that the buckles on the front flap straps are Patt. '08 style 1” tongueless Twigg buckles instead of the tongued type.

This conversion is known to have been prescribed in the later ww1 period when use of 14 Pattern equipment was more limited. The 08 equipment set forming part of the complete uniform famously obtained in the line from Private Giles 29th Bn AIF on the 29th of July 1918 has just such a converted 1914 webbing haversack attached to it. Private Giles’s 08 equipment with its haversack is now held by the Australian Memorial Collection, images of it are available online.