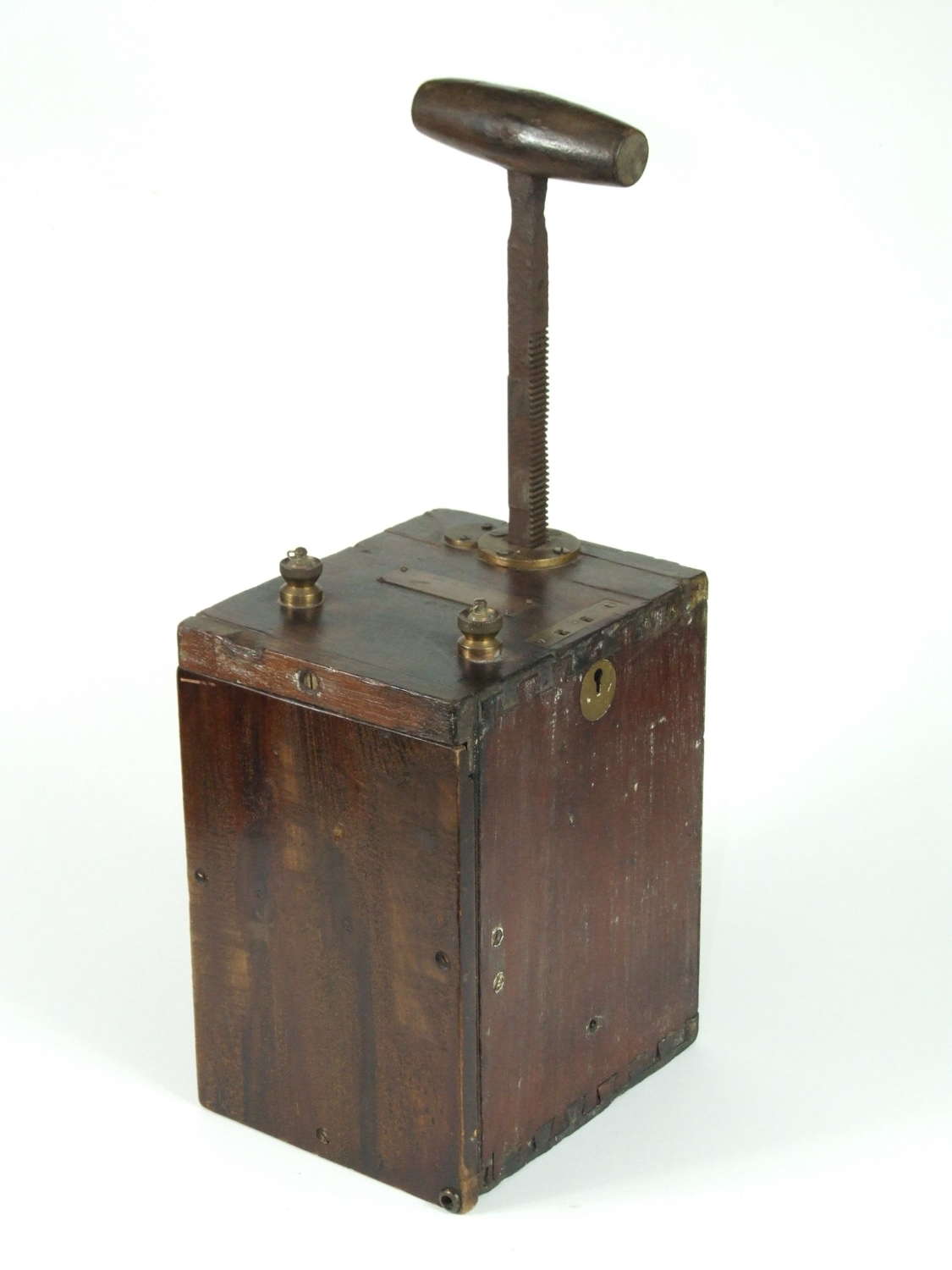 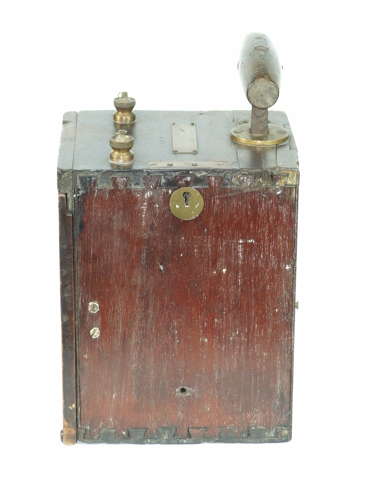 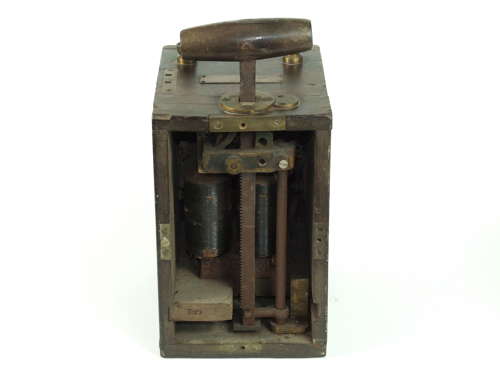 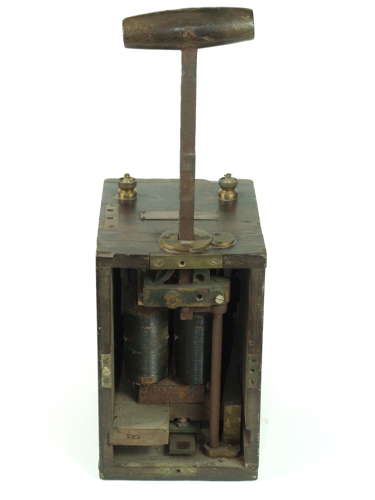 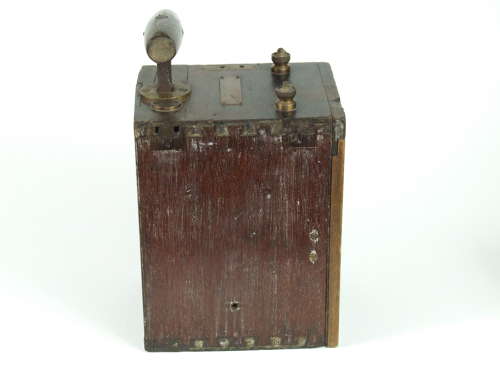 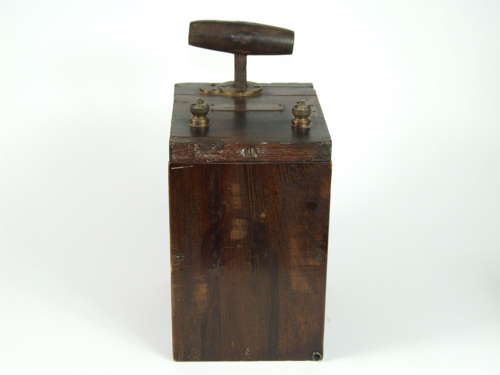 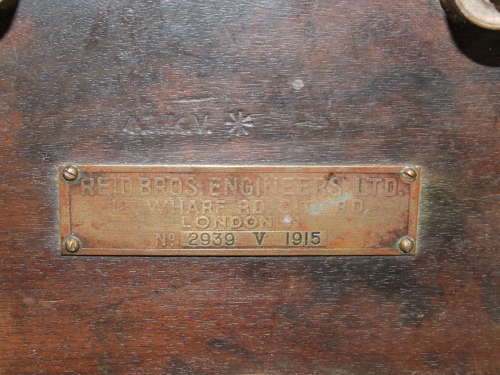 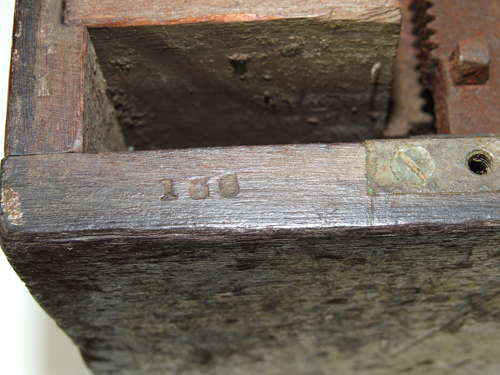 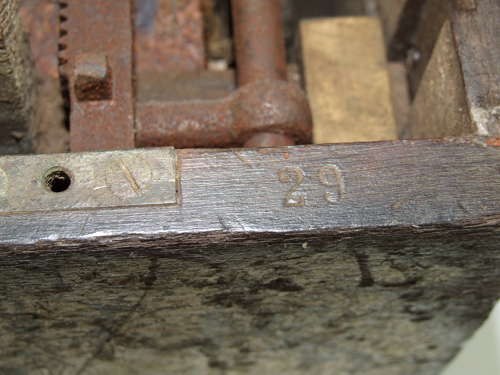 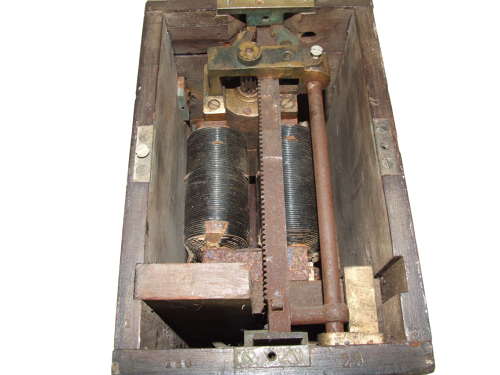 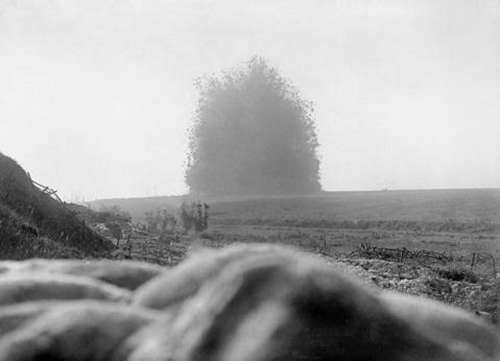 The third item from the Royal Engineers Tunnelling Companies collection is yet another classic, this being a 1915 Manual Explosives Detonator.

As one would expect for the period, this Explosives Detonator is a quality item made of dovetailed mahogany with brass fittings. Overall good condition is very good with no woodworm, in addition it bears a manufacturers brass plaque with a clear date of 1915. The back of the Detonator is absent, this revealing the inner electrical configuration. The plunger operates well with the classic sound or the charge being generated as it is pushed down.

The core function of RE Tunnelling Companies was the blowing up of mines under enemy positions. The first such mine to be detonated was by the 173rd Tunnelling Company at Hill 60 on the 10th of April 1915. Huge mines were then subsequently exploded at The Bluff, the Battle of Aubers Ridge (May 1915); Hooge, Cuinchy, the Battle of Loos (September 1915), St Eloi (six on 27 March 1916), the Battle of the Somme (July 1916), Messines (Battle of Passchendaele - June 1917) and Givenchy (August 1917) to name but a few.

Manual Detonators  sent a small electric charge to a primary explosive which in turn set off the high-explosive mine.

A rare an very heavy item