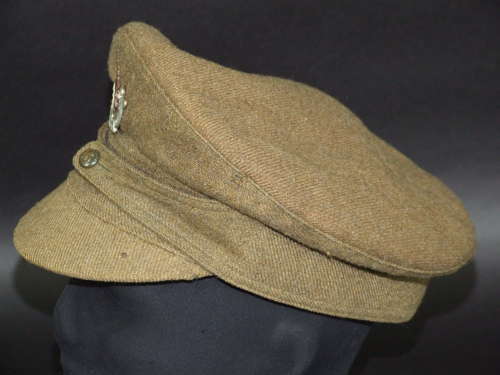 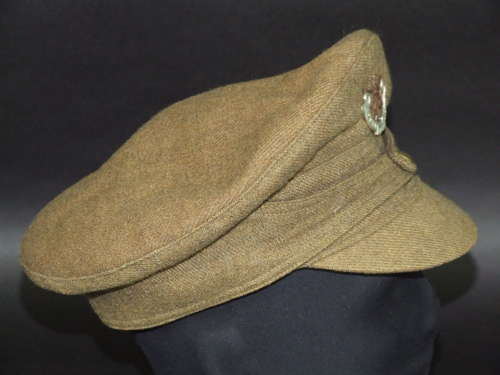 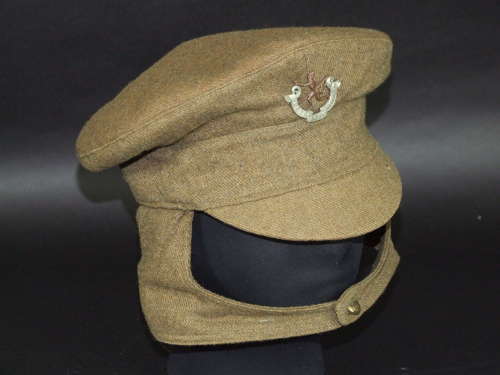 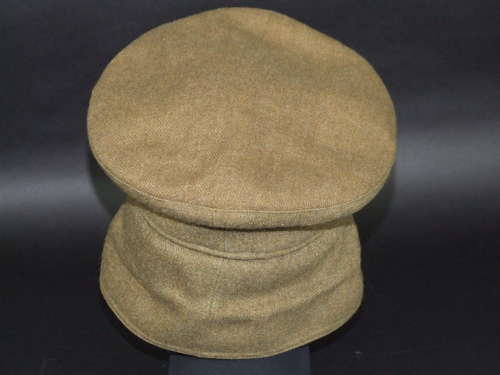 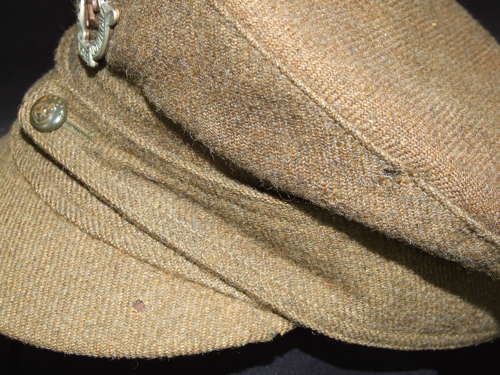 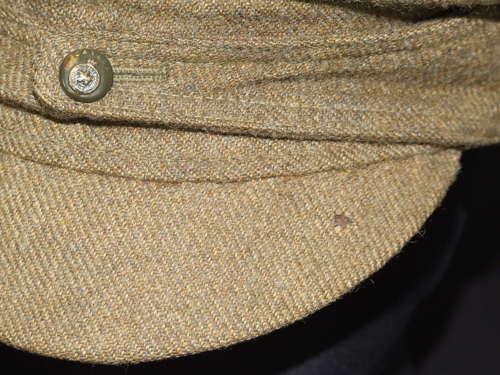 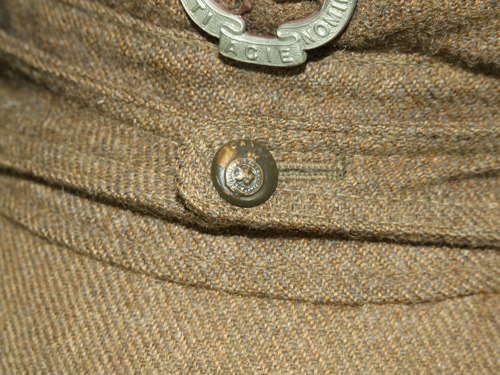 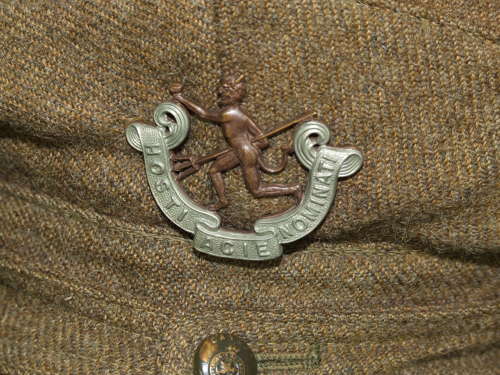 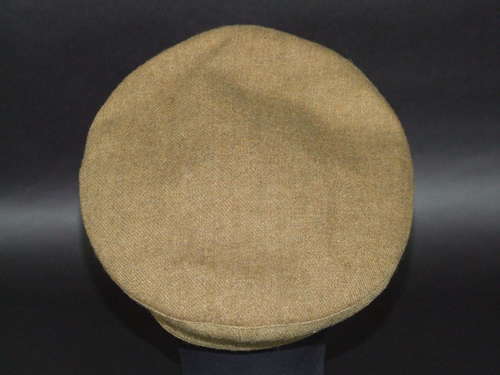 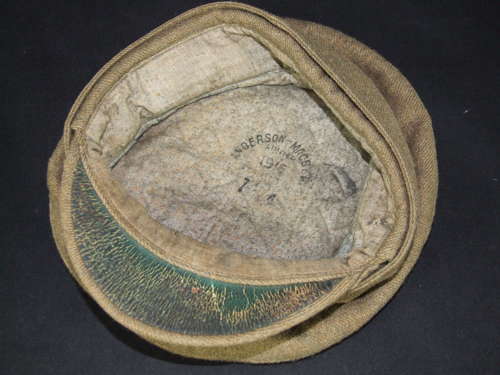 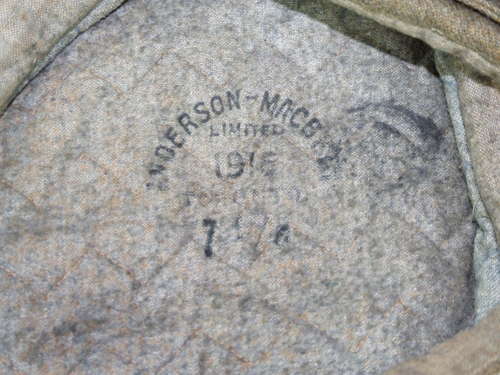 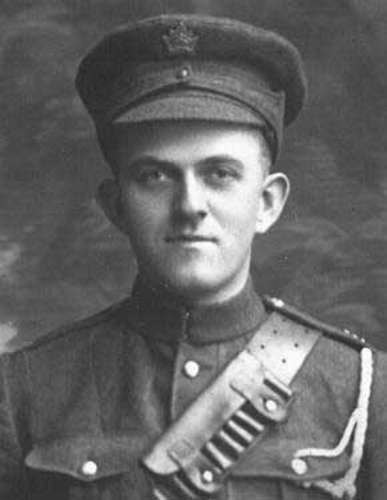 Although nearly always referred to a Gor Blimey Cap the correct name is Cap, Forage, Drab, Winter or Winter Forage Trench Wool Cap. It was actually a practical and warm cap for the trenches.

Dated 1916 and made by Anderson – Macbeth Ltd. of Toronto and is constructed in a coarse serge like ribbed wool with a heavily padded top and side flaps secured by a single brass Canada button.  In cold weather conditions the flaps could be lowered to give added protection to the ears and neck. The peak is stiffened and with a green underside.

Inside, the Cap is fully lined with a grey flannel, the top being quilted.

The Cap carries a two part bronze and white metal badge on posts to the (I believe) 8th Battalion (90th Winnipeg Rifles), CEF, which was an infantry battalion of the Canadian Expeditionary Force during the Great War. The battalion was authorized on 10 August 1914 and embarked for Great Britain on 1 October 1914. It disembarked in France on 13 February 1915, where it fought as part of the 2nd Infantry Brigade, 1st Canadian Division in France and Flanders until the end of the war. The battalion was disbanded on 15 September 1920. The badge is maker marked Hicks & Sons, London.

‘Gorblimey’ became the common colloquial term for this unwired, floppy, field-service cap and although there are several different views on how this came about, it seems like a song of C.1898 had something to do with it:

Me father was a fireman, now what do ye think of that?

He wears gorblimey trousers and a little gorblimey hat,

He wears gorblimey stockings and a little gorblimey coat,

Me father is a fireman on an Elder Dempster boat.'