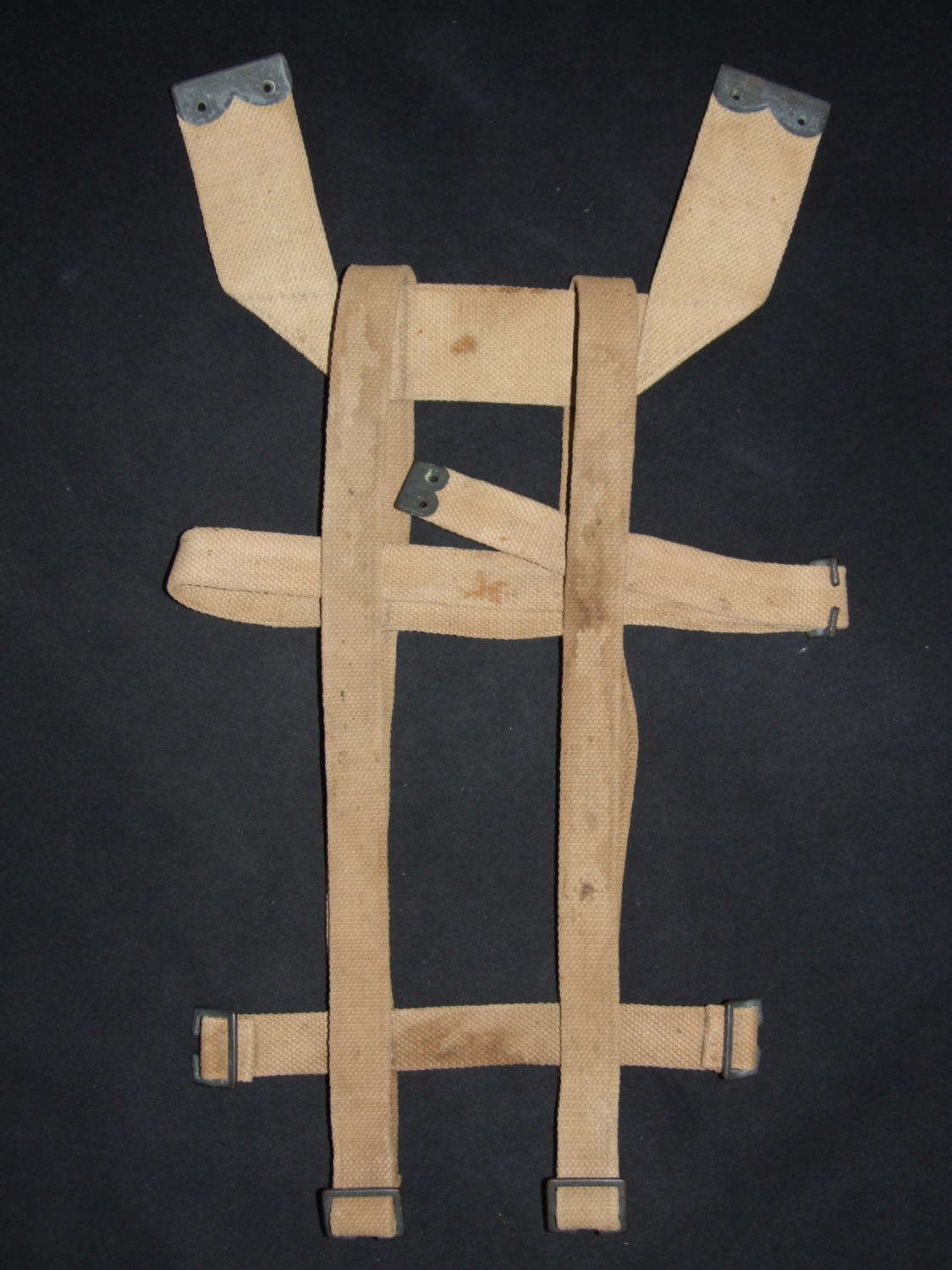 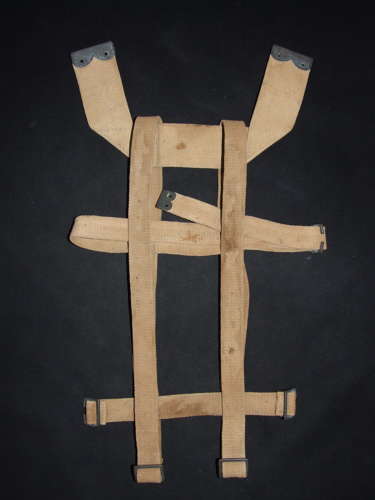 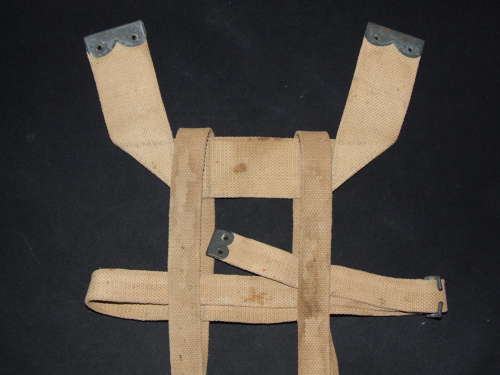 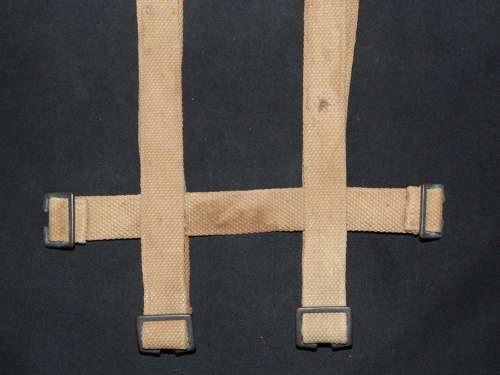 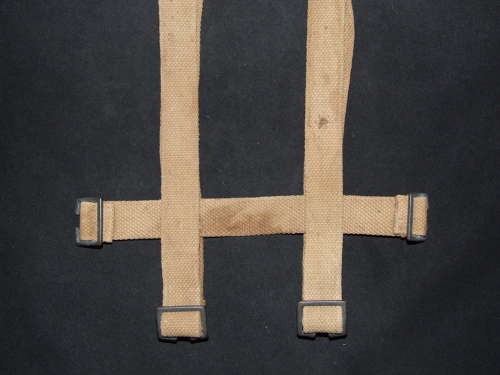 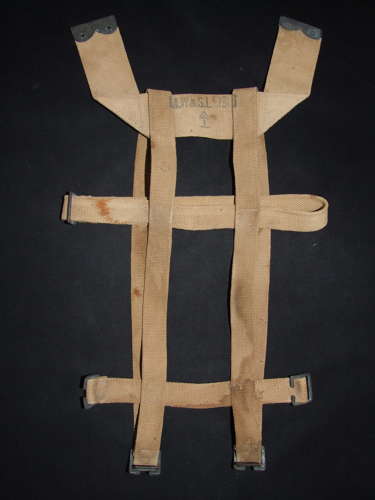 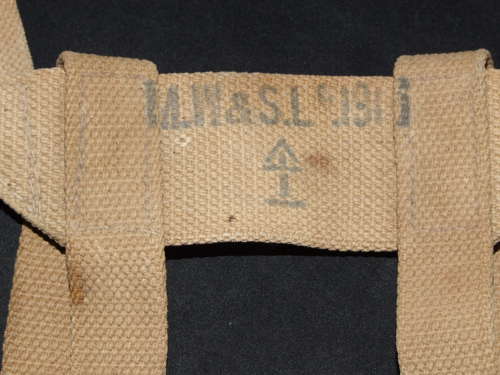 An extremely rare and thought by some to be the rarest piece of 08 Webbing is the Indian Pattern Great Coat Carrier.

These “Skeleton” Carriers were originally purchased for the pre war Territorials by their individual Associations and formed an acceptable and cost effective alternative. As far as I can establish government contracts were later issued during WW1 for their production by firms such as M.E. Co. and M.W. & S.L, as I have here. They were then sent overseas for issue to the Indian Army and were used in such places as Mesopotamia etc which was an operation under the Indian Govt

Karkee Web offers a good description of the carrier, extracts of which I have added with credit to them:

“For decades, the Army had carried its Great Coats rolled, or folded in various combinations of straps and exposed to the elements. Mills simply stripped the Pack down to the essential binding elements necessary to make a bundle.

It comprised two vertically aligned straps, with a third horizontal strap. A piece of 2 inch webbing, its ends folded at 90 degrees formed the skeleton equivalent of the 2 inch tabs on the Pack. A short 1 inch strap was stitched low-down and fitted with 1 inch buckles. These straps all acted as distance pieces, ensuring a secure and integral framework, in which the folded Great Coat could be carried. The Cover, mess tin, D.S., rotated 90 degrees, was threaded on the vertical straps.”

This is example is in very good condition, clearly stamped and dated 1916 with the Indian government arrow. There is some staining but no damage.