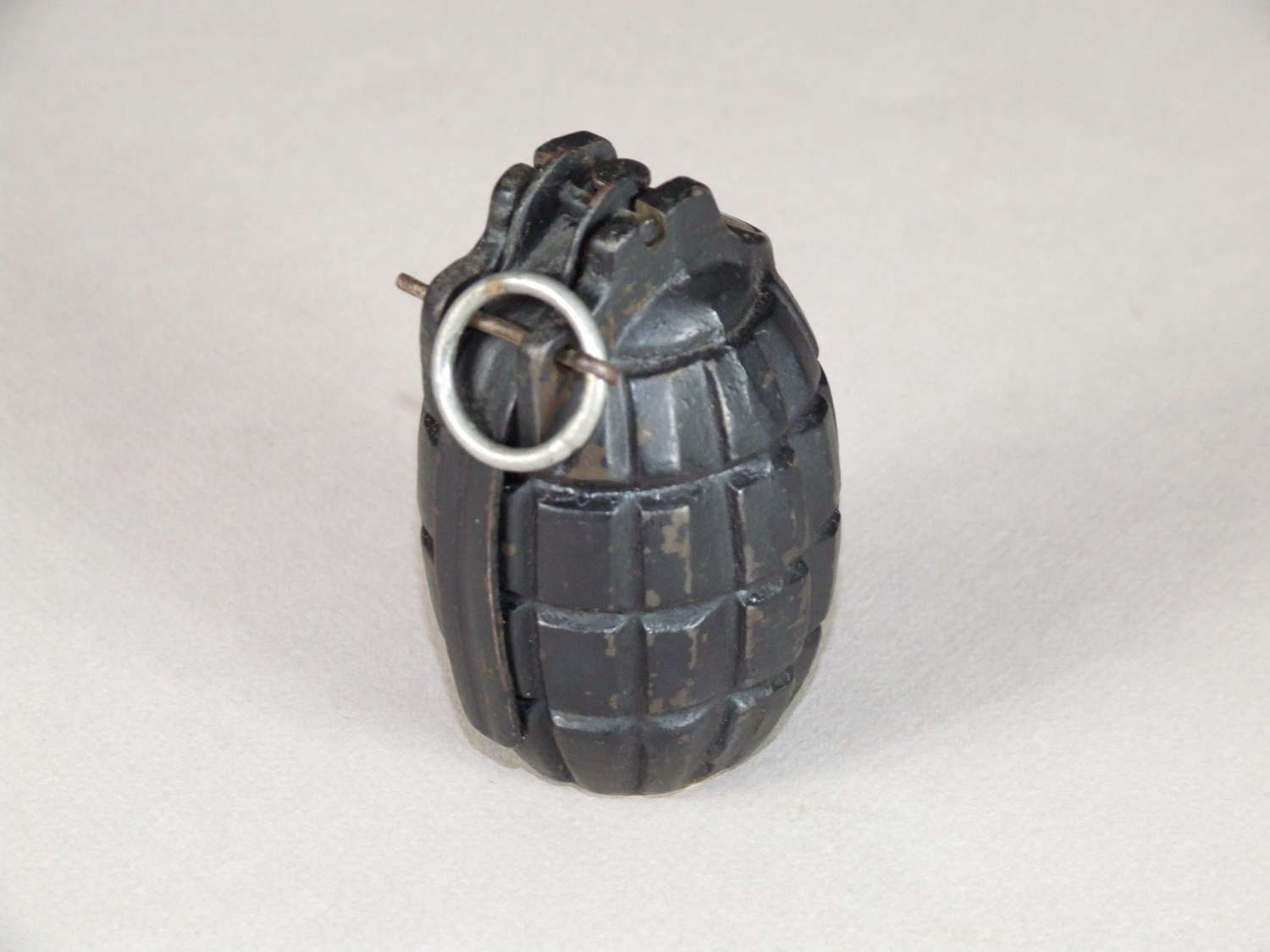 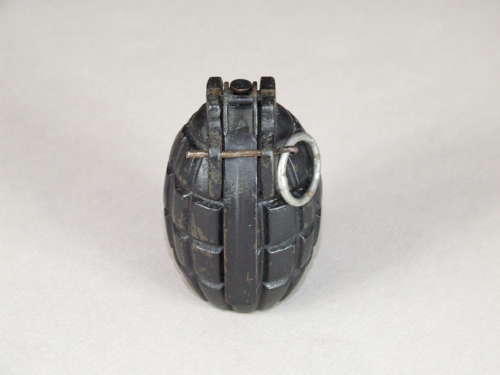 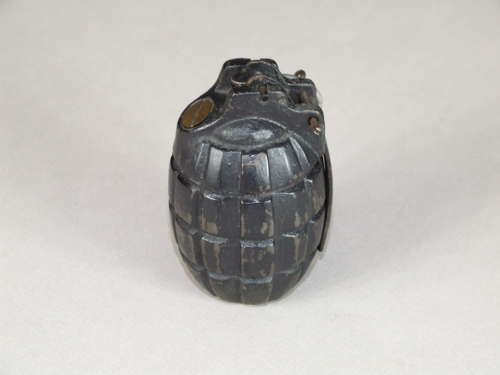 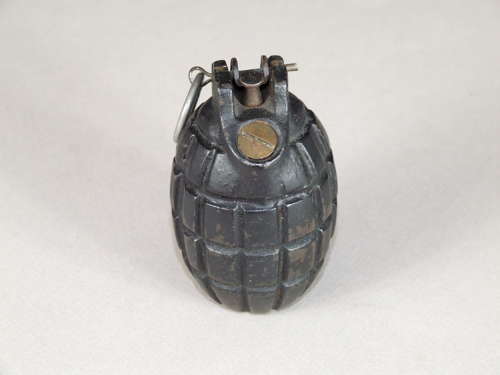 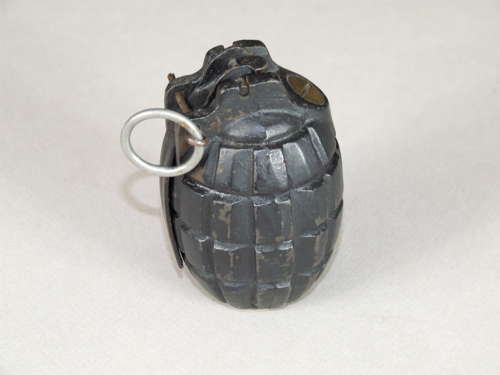 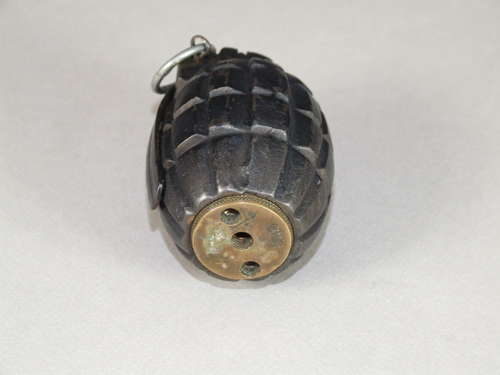 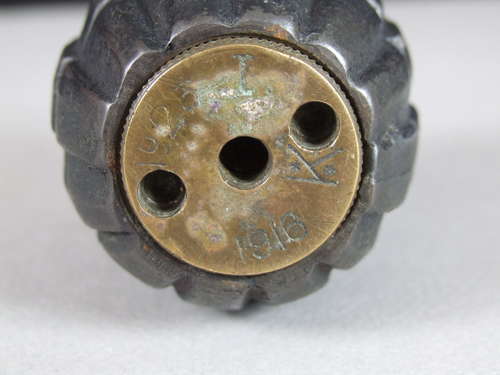 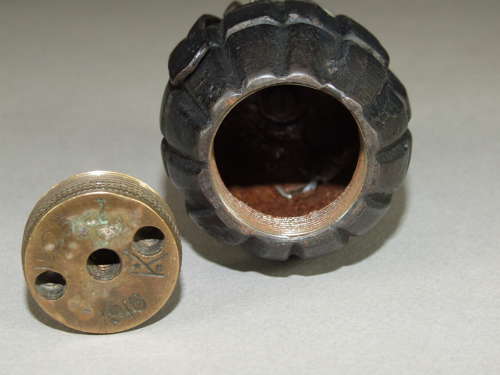 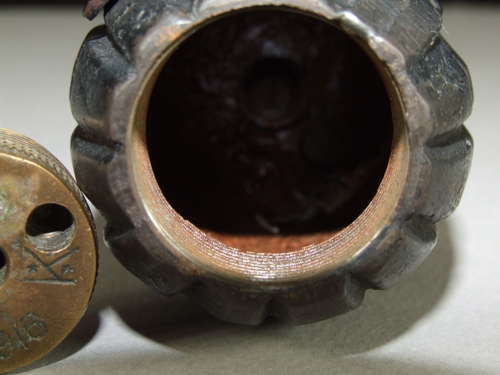 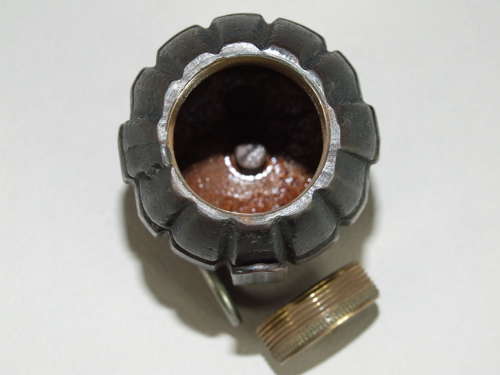 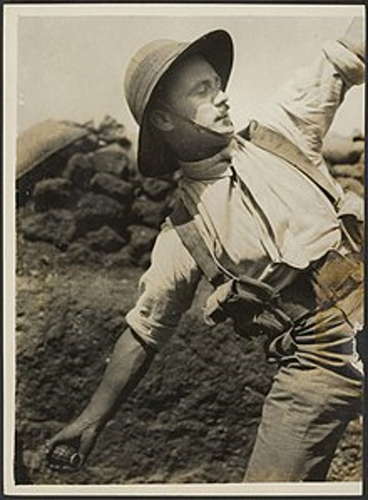 A nice display piece this 1916 dated No. 23 Mills has at some time been converted into a money box, a slit cut in the second from the top horizontal channel and the interior metalwork completely removed. The cut was later filled and is only noticeable when looking inside, it’s general appearance now being very good. The pull ring is I believe, not original to the Grenade.

The Mills bomb underwent numerous modifications. The No. 23 was a No. 5 with a rodded base plug which allowed it to be fired from a rifle.

A very early example of an iconic piece, 1916 being only it’s second year of production.

UK Shipping only to persons of 18 years and older