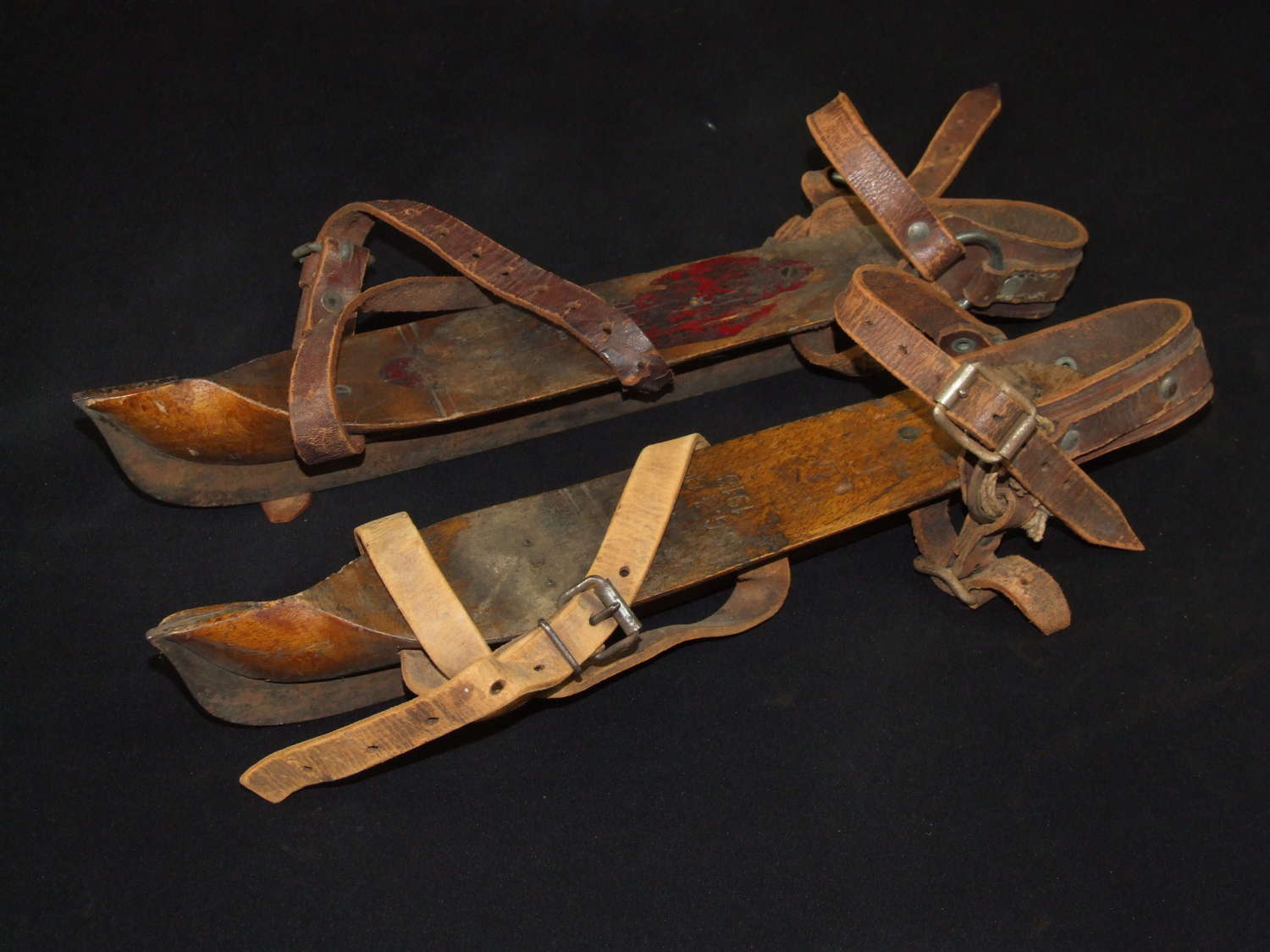 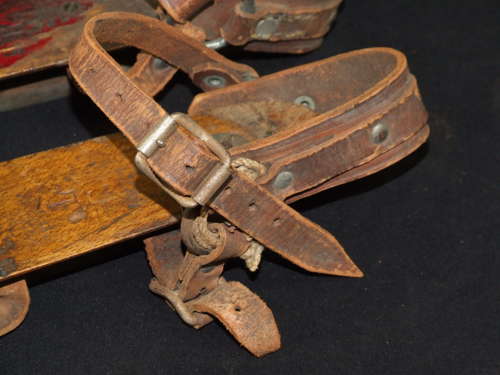 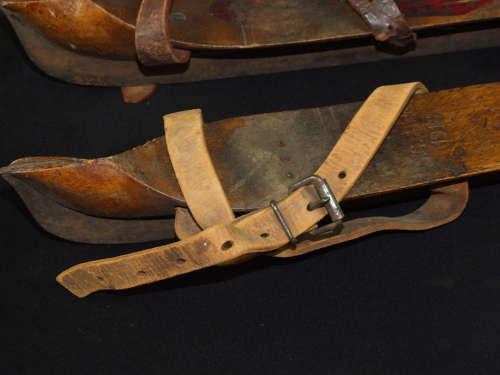 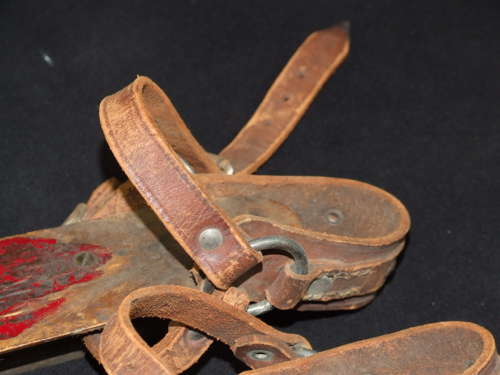 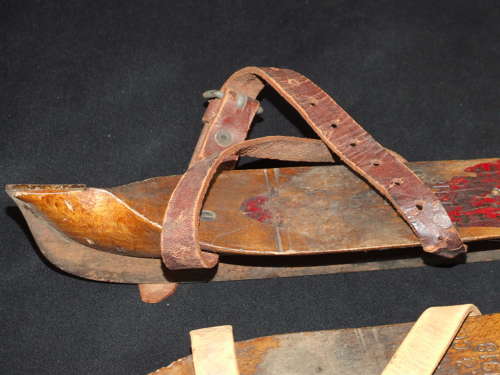 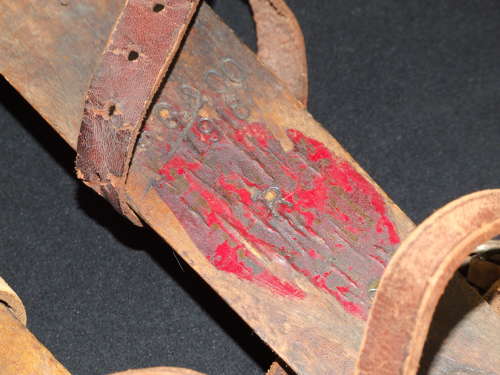 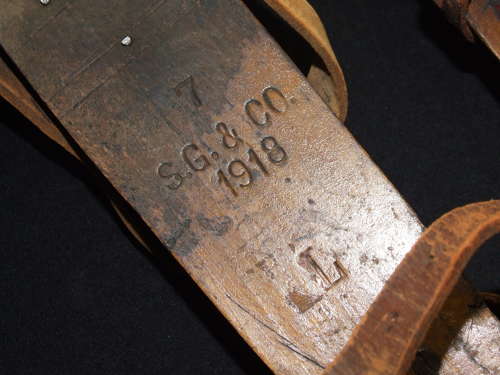 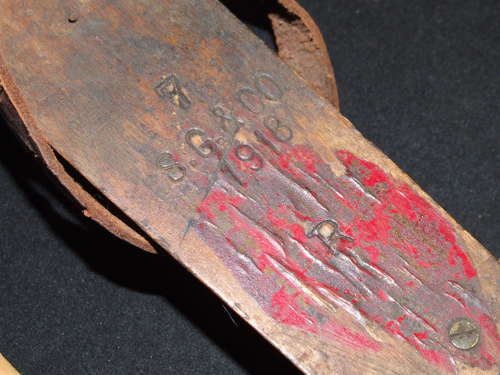 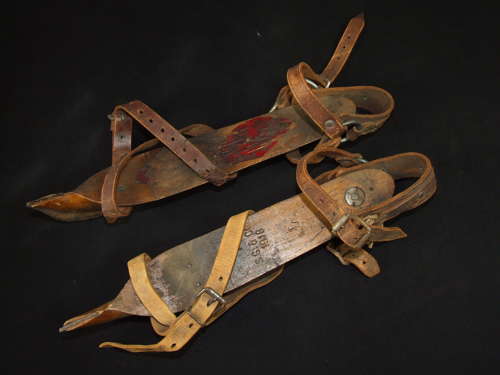 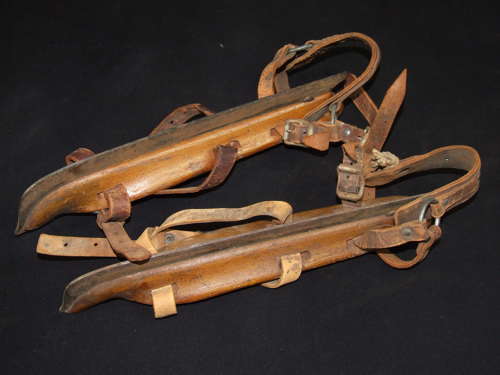 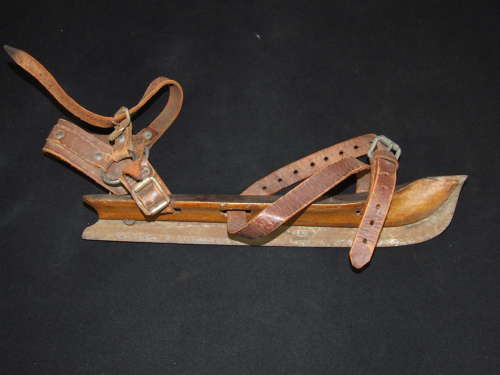 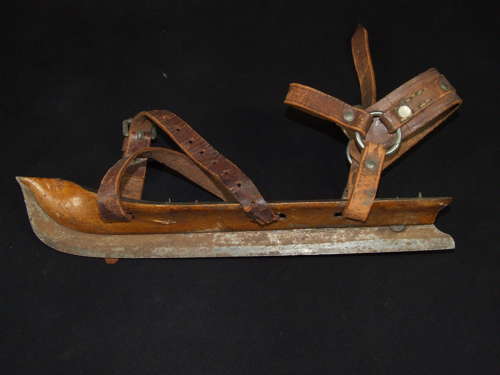 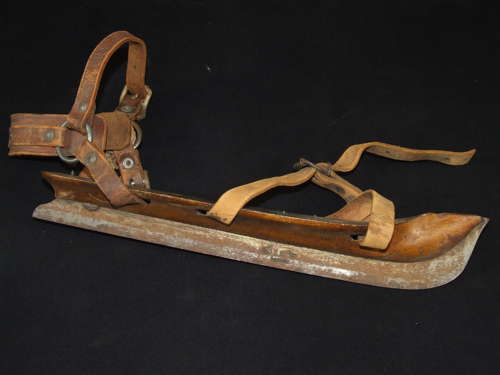 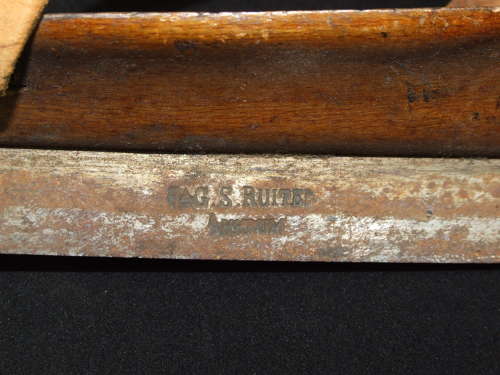 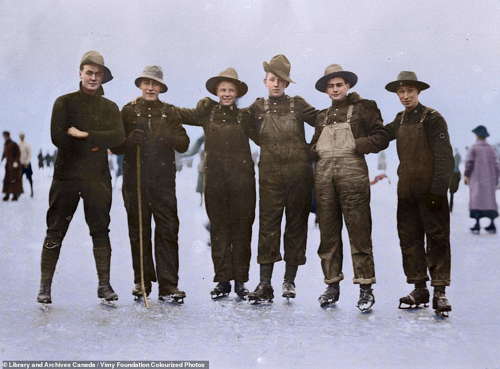 Although difficult to imagine what need the British Army would have had for Ice skates in WW1, they were certainly used by Canadian troops as the final image shows.

Made in Holland by G.S Ruiter of Akkrum the Skates have a nicely formed wooden boat like base each clearly impressed S.G. & Co 1918, whilst the blades are impressed with the Ruiter name. It is quite possible the Dutch company may have provided the blades whilst the shoes platform was made in the UK or indeed Canada but really, I have no idea.

Each platform has four vertical spikes to hold a boot steady which is then secured by leather straps with buckles.

Overall condition is very good with the leather straps remaining supple and without splits and with the platform and blades free from damage.

An amusing addition for the WW1 collector who has everything else!