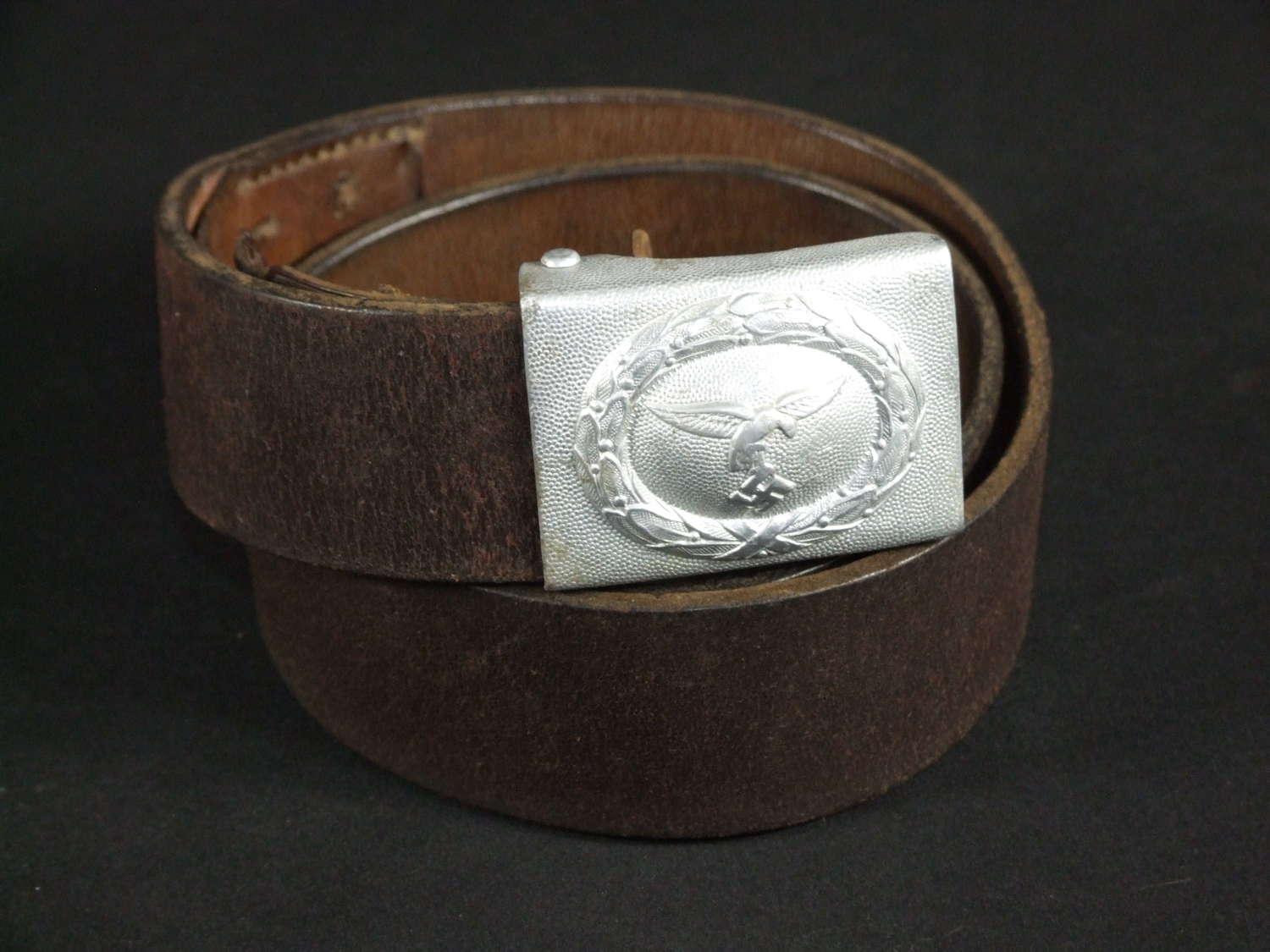 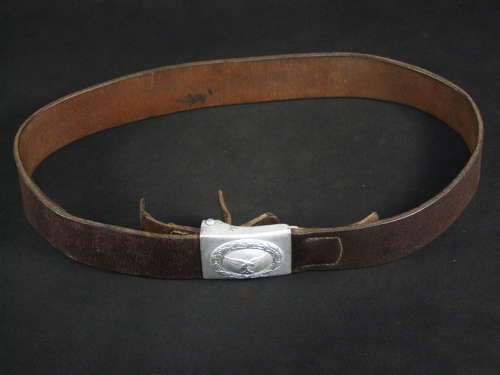 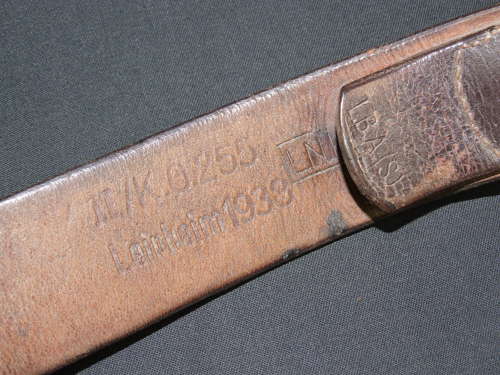 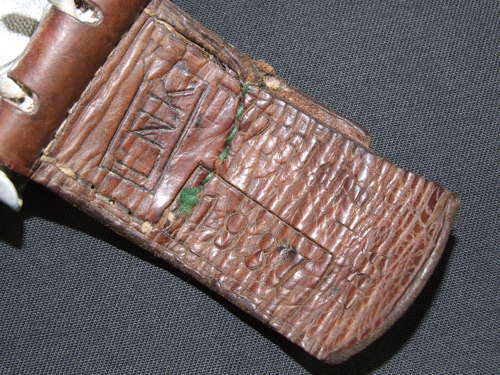 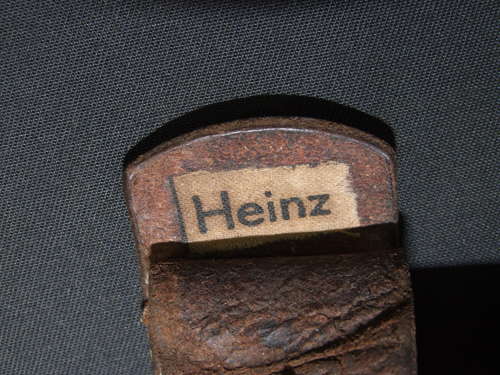 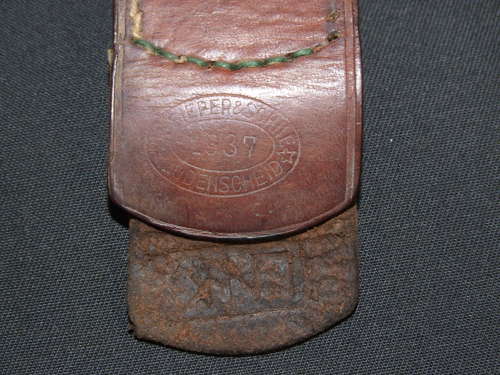 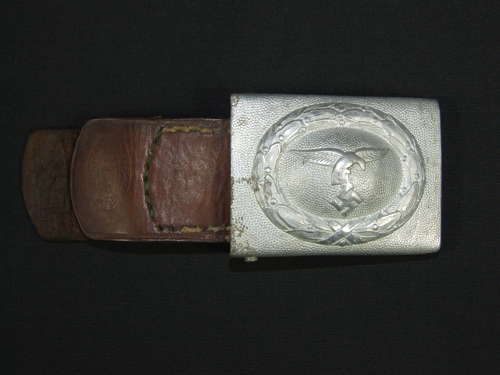 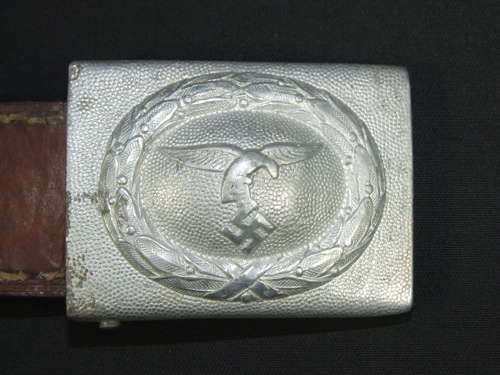 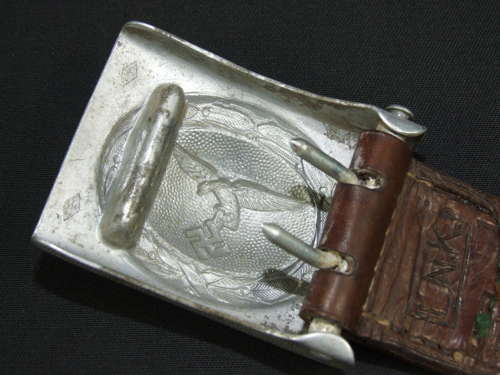 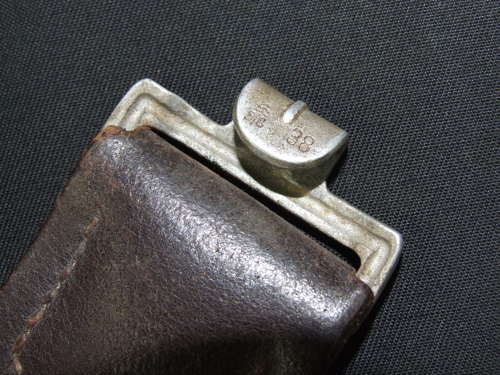 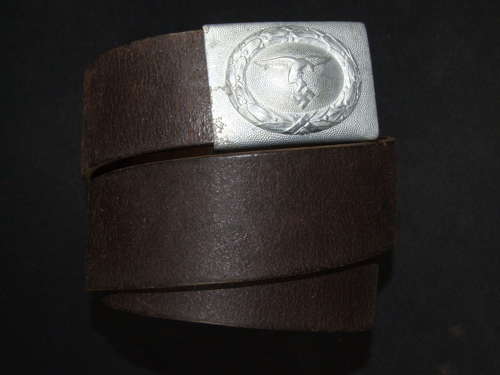 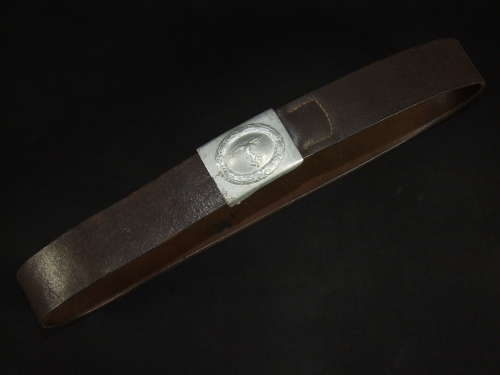 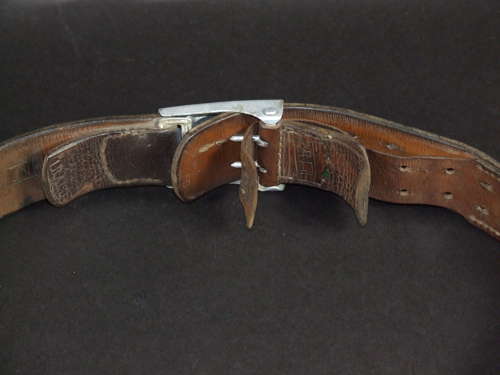 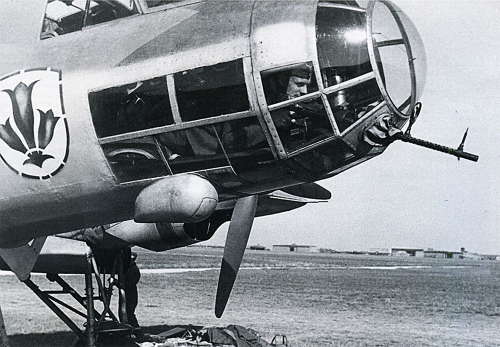 One of the most profusely marked Luftwaffe Man’s Belts I have ever seen is this early example clearly stamped to 11/KG 255.

The belt itself is in the early brown leather for a waist size 85 and carries the stampings 11/KG 225 Leipheim, LNK in a box, the turnback holding the combat grade hook stamped LBA (S) – (the Luftwaffe Clothing Depot), further indiscernible stamps and 1938. The hook is marked 1938 along with the manufacturer’s logo for Schmolle & Co. The leather is in very good condition remaining supple and strong.

The aluminium stamped buckle features the early droop tailed eagle of the 1935 pattern which was to change in 1938 and carries the diamond shaped logos of the maker, Richard Sieper. It’s original leather tab with the Sieper stamp, 1938 and again LNK, 1937, 11/KG 255, LBA and Leipheim. Lifting back the fold reveals the name tag, “Heinz”.