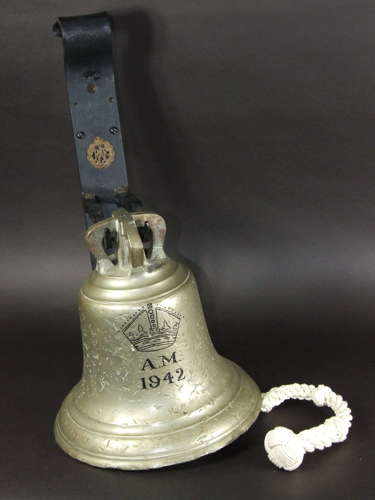 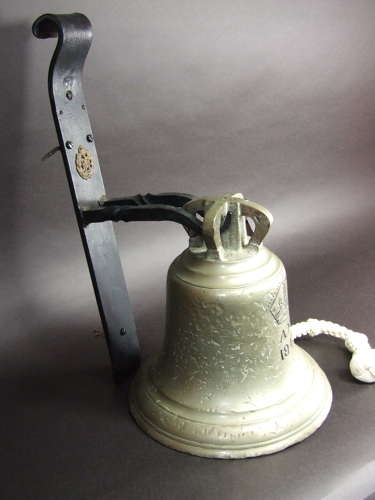 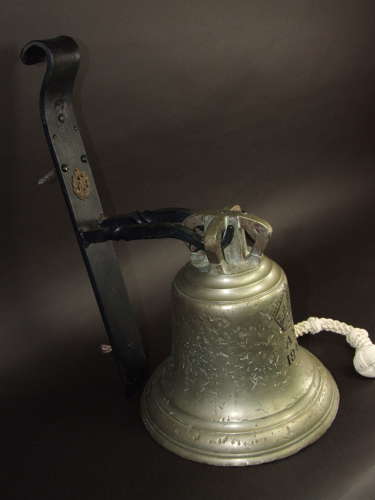 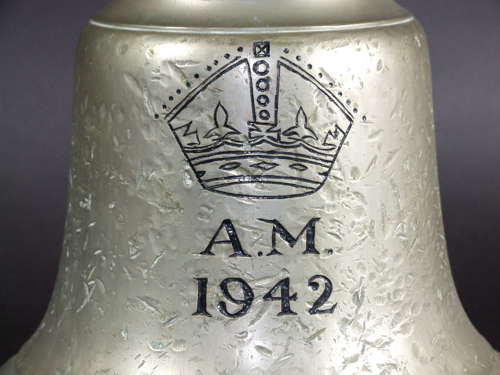 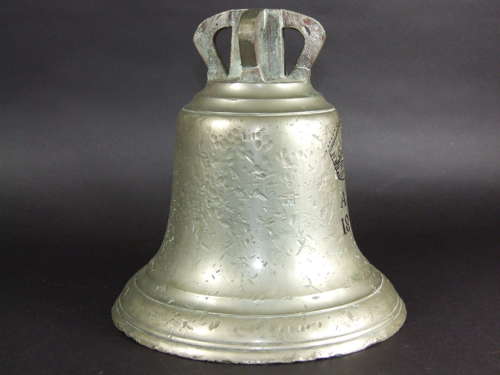 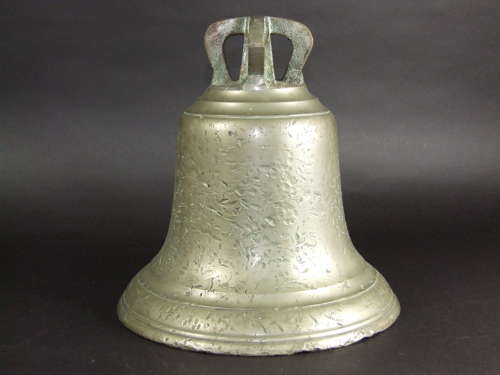 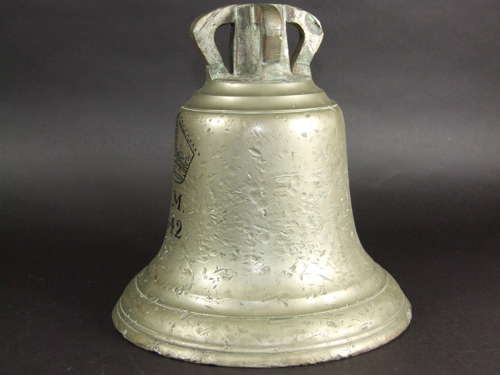 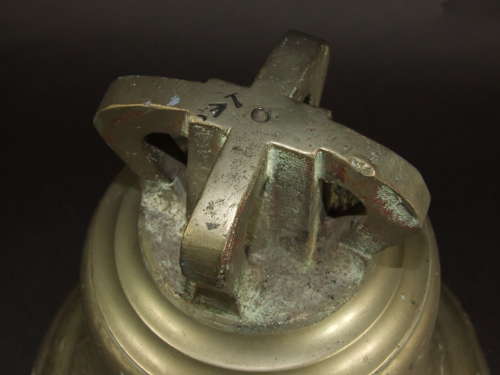 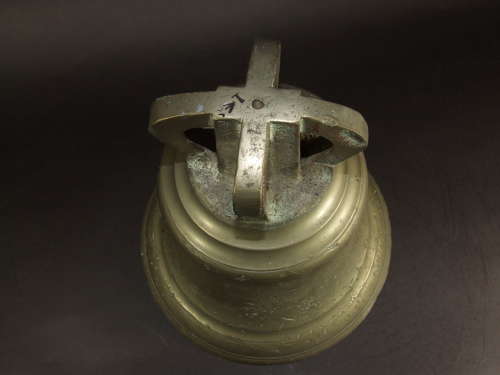 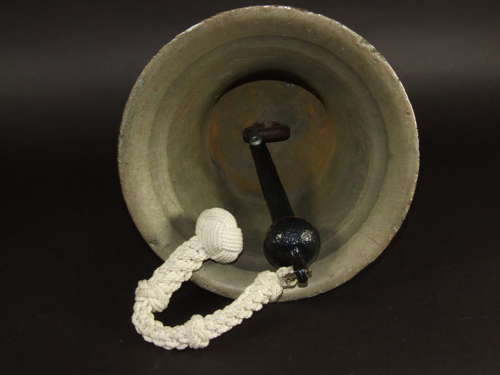 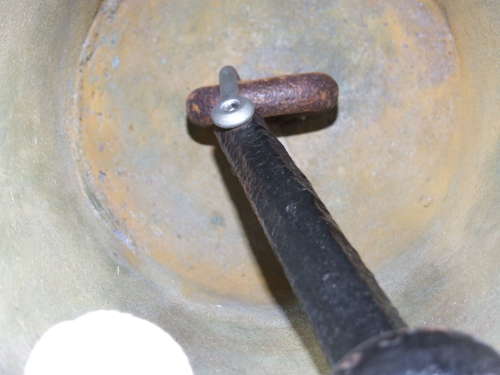 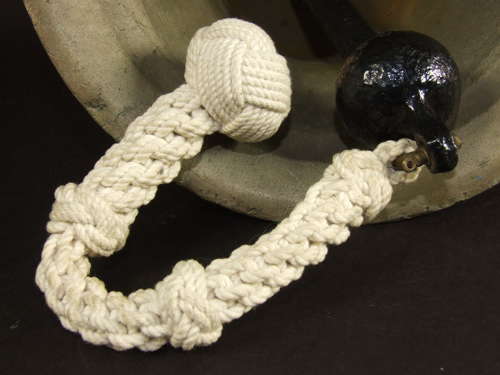 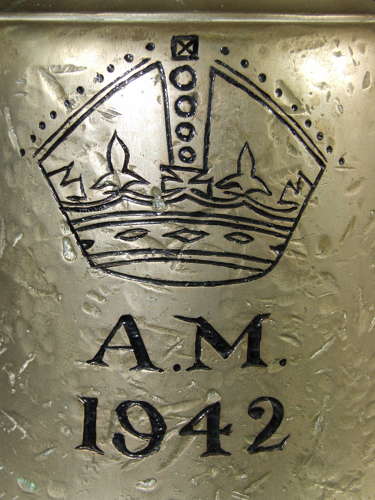 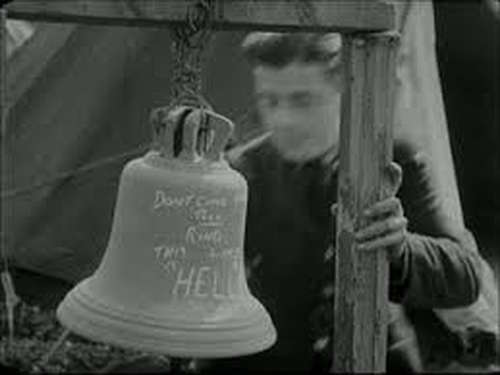 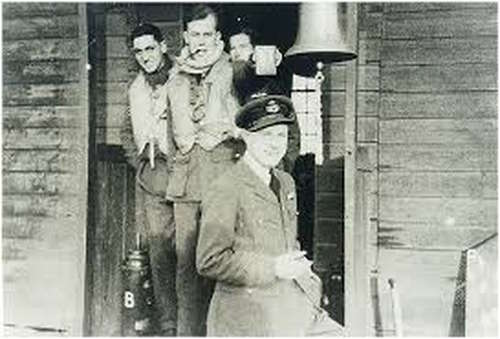 An original RAF Airfield Fire Bell better known as a “Scramble Bell” after the appearance of one in a much publicised wartime documentary film.

Standing approximately 207mm in height with a base diameter of about the same, the Bell is cast in bronze with a silvered finish. Engraved into the front of the Bell is the Air Ministry Crown with a 1942 date. The engraving has been filled with black paint which should be removed to restore the original appearance.

The Bell is in sound but in much used condition with extensive bruising to the outside. The coronet hanging arrangement at the top carriers the makers’ marks as usual.

Inside, the striking arm or clapper is probably a replacement, the Bell rope purpose made to complete the set.

Included is a purpose made iron wall hanging backet.