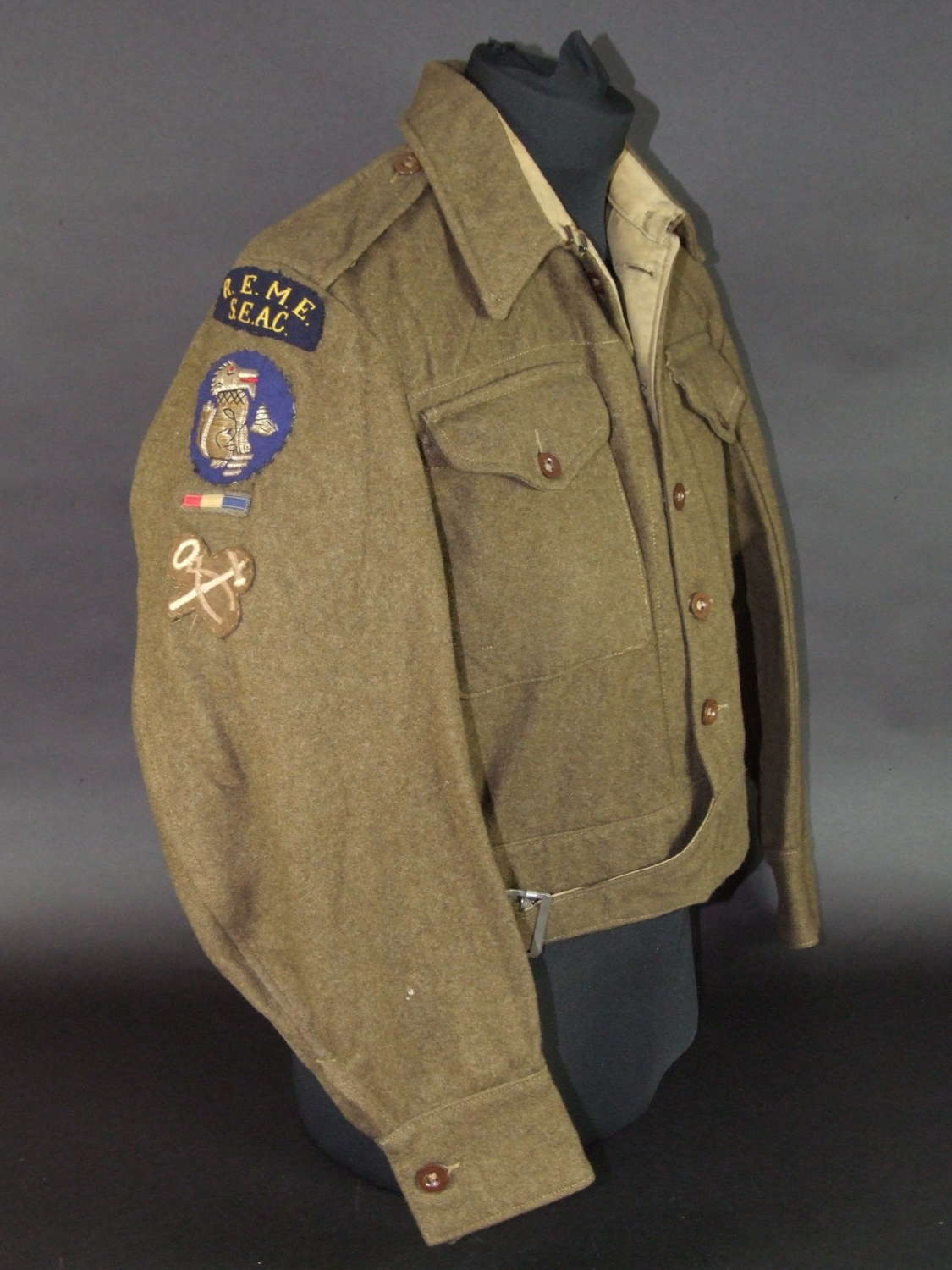 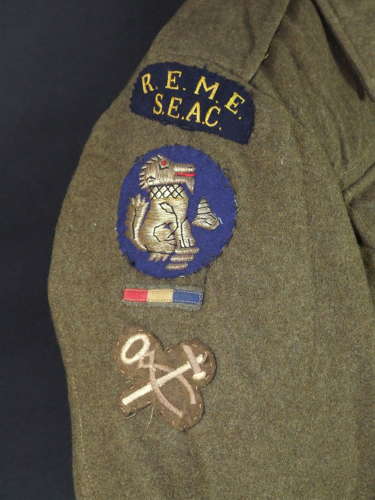 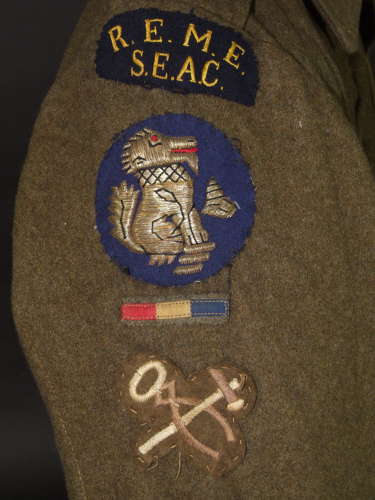 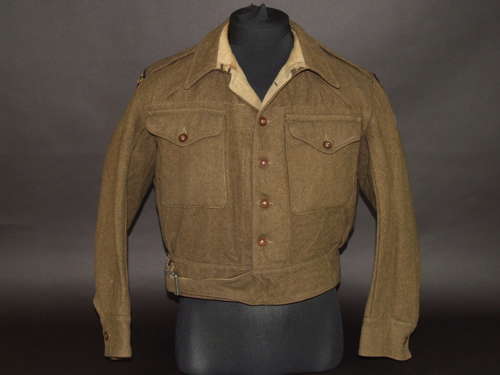 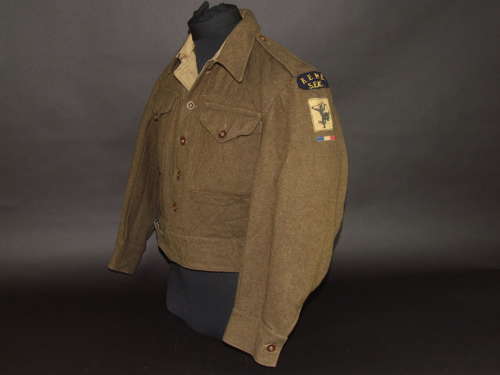 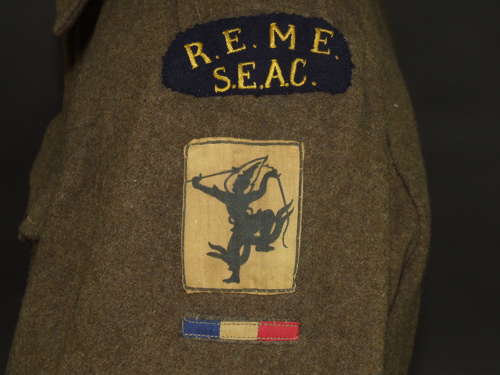 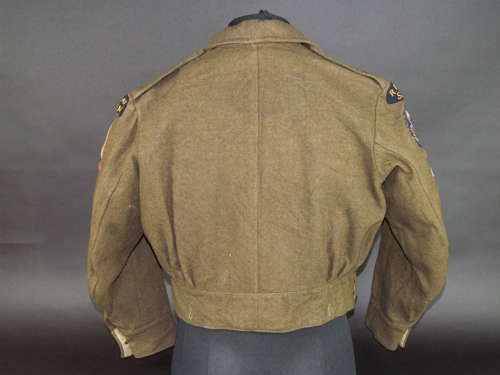 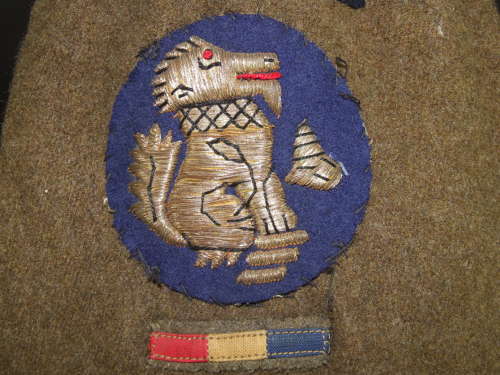 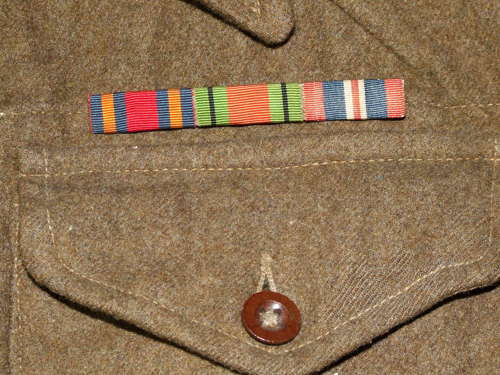 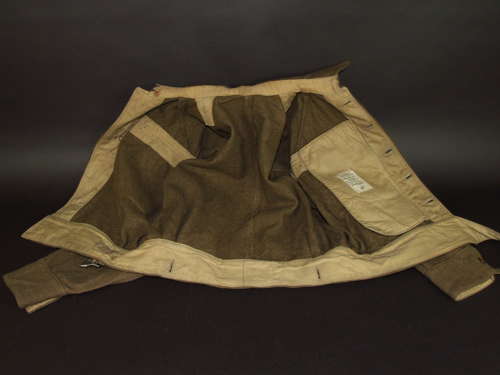 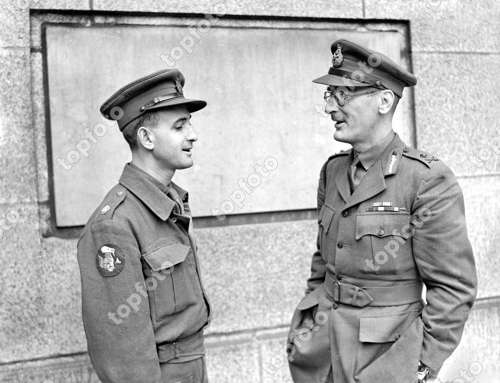 Despite the seemingly endless number of Battledress Blouses purportedly bearing original insignia and offered by the unscrupulous, original examples have always been rare and those any of the special forces, much more so.

Formerly part of the Jon Mills collection this Chindit Blouse is, along with everything else I offer, absolutely original with period applied insignia.

The Chindits, known officially as the Long Range Penetration Groups, were special-operations units of the British and Indian armies which saw action in 1943–1944 during the Burma Campaign of World War II.

This 1940 pattern Blouse in a good size 12 and dated 1943, the year of inception of the Chindits. Overall condition is very good showing signs of light service use only and no moth.

Issued to a private of the Royal Electrical and Mechanical Engineers in South East Asia Command, each sleeve carries shoulder titles to that effect. The right sleeve has the all important Chindit Insignia, a Chinthe guarding a Burmese temple, locally made and hand embroidered in a golden wire on a blue wool background and purportedly designed by Orde Wingate himself. Below that is an Arm of Service Strip in red, yellow and blue followed by a crudely sewn in place Skill at Arms Badge.

The Chindits suffered terribly with a massive casualty rate from both enemy action and disease but this soldier clearly faired well and went on to serve in Siam (Thailand) as part of the  HQ British Troops Siam which wore a new insignia, a ceremonial Siamese dancer in black, printed on a tan background, in itself a very rare badge as they were disbanded in October 1946. Below that is the Arm of Service strip. A pin back medal bar strip was found in one of the pockets and is included