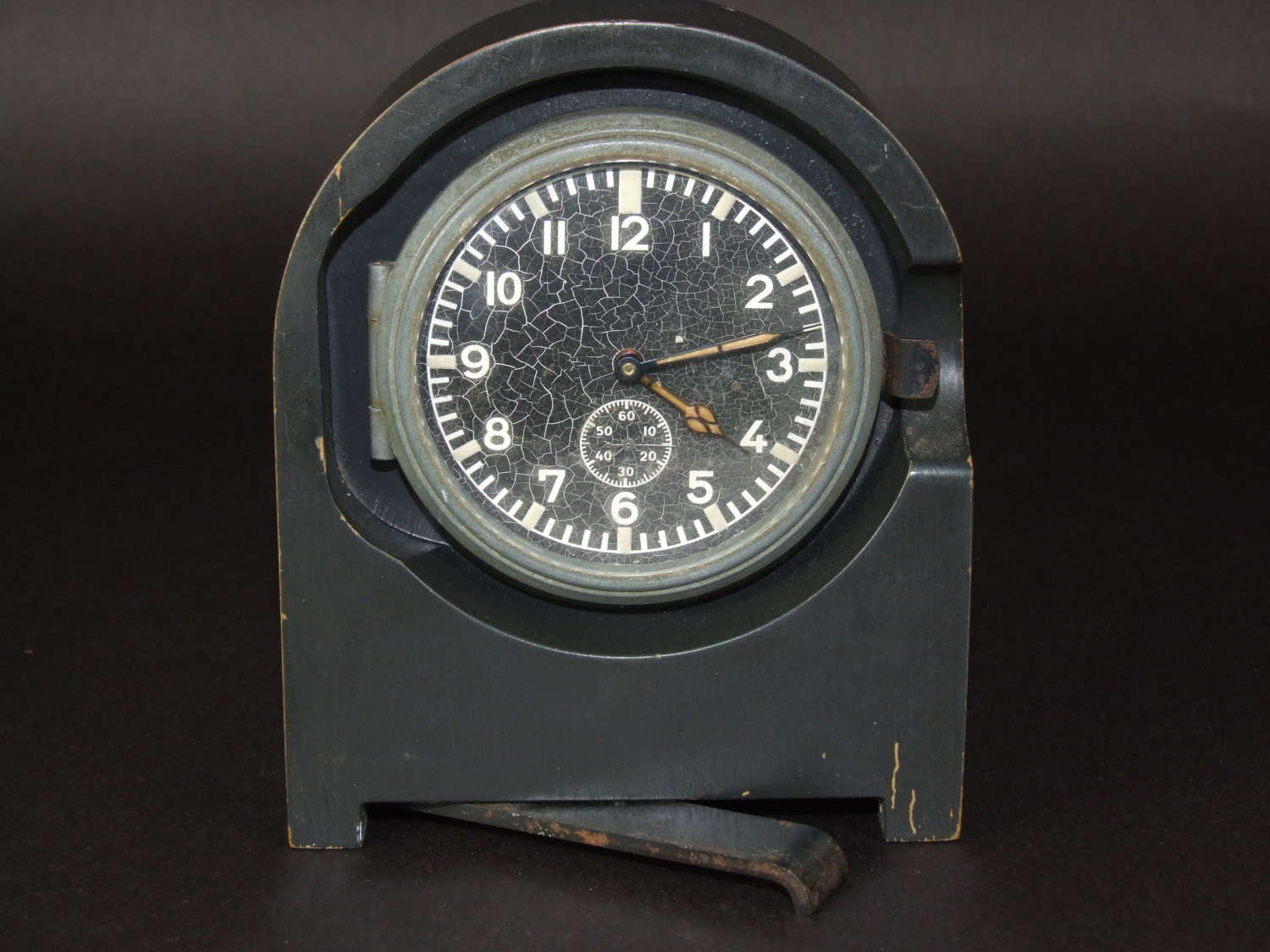 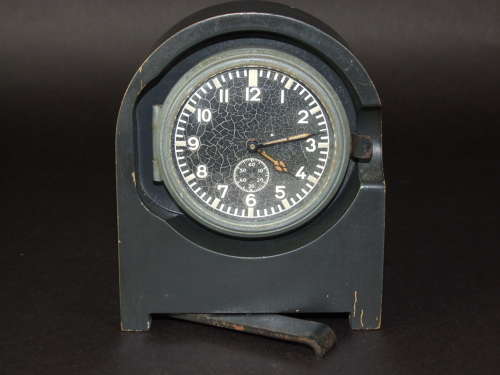 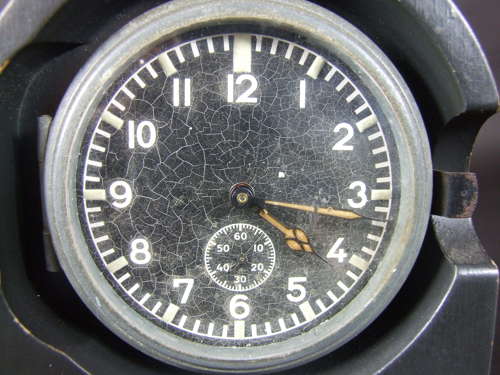 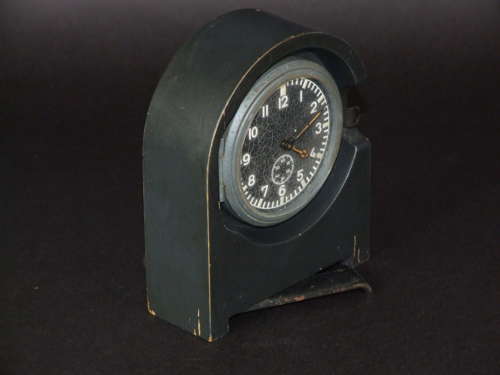 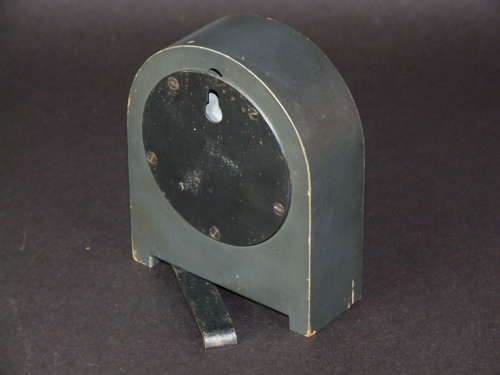 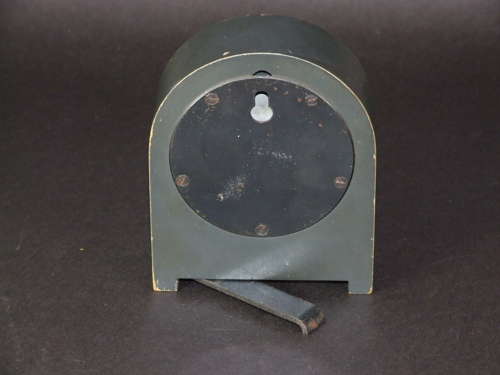 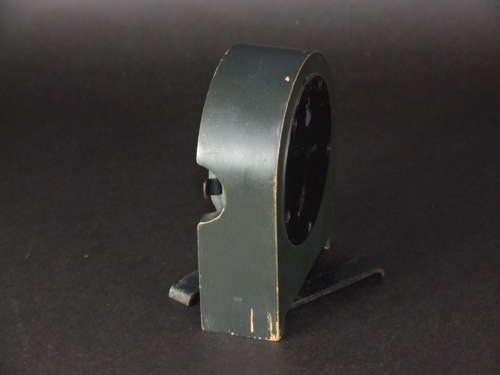 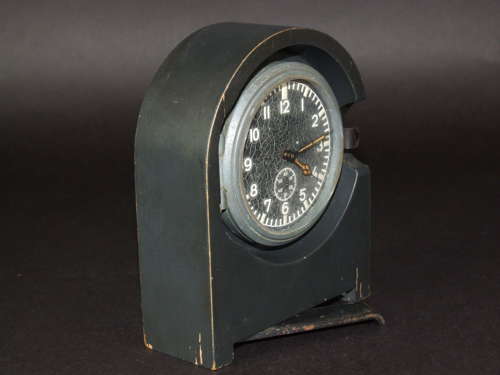 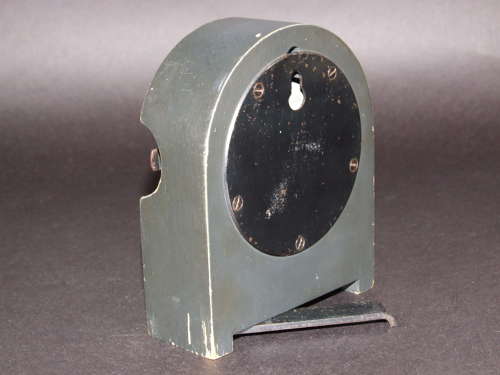 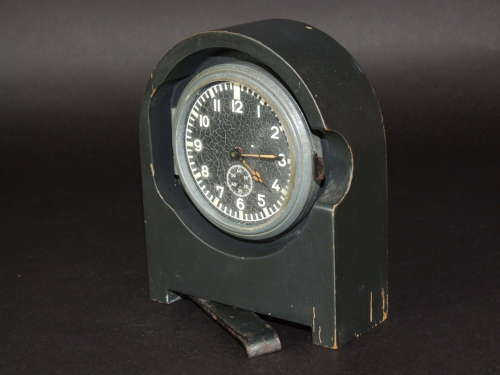 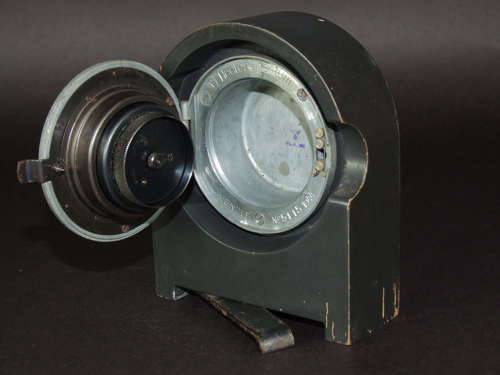 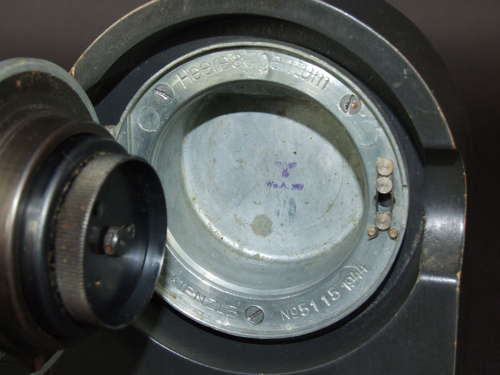 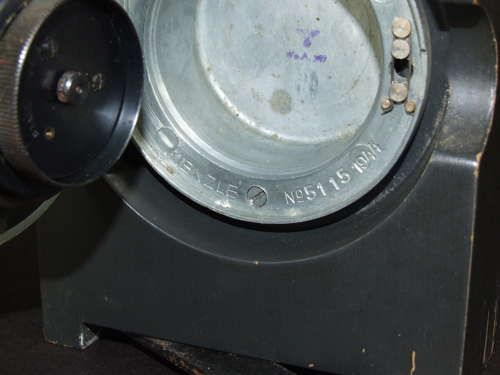 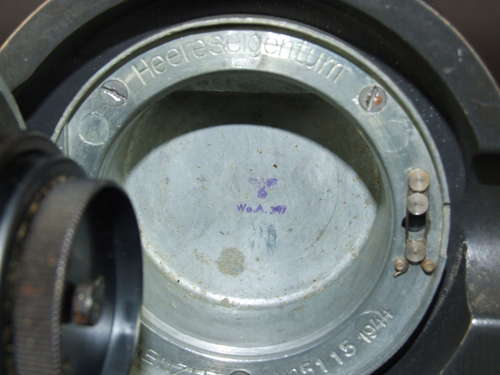 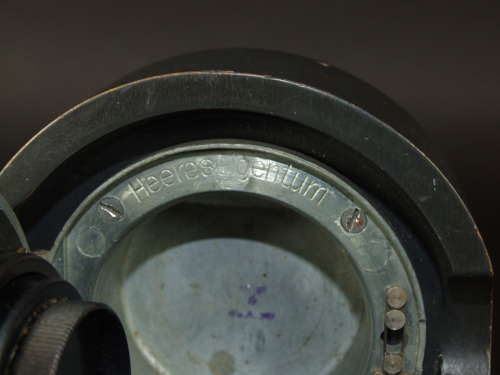 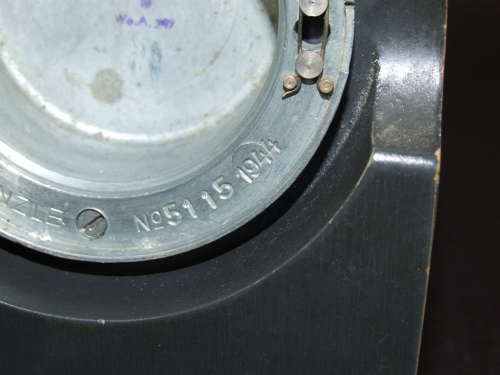 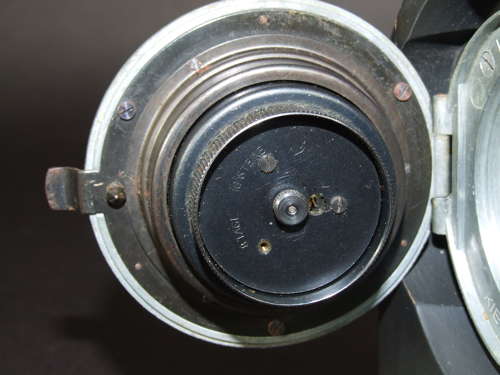 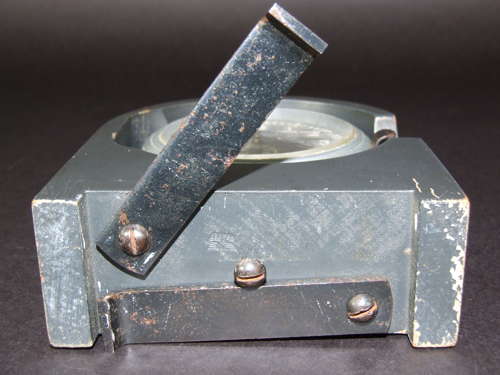 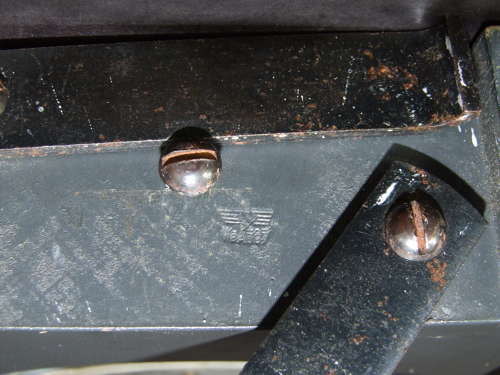 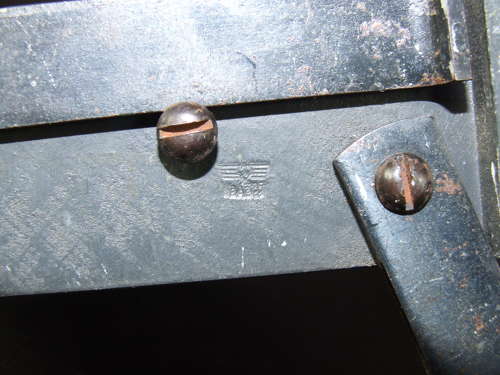 A very good working example of a 1944 dated German Army Kienzle Clock. Often incorrectly described as a radio room clock they were in fact a general purpose clock, the identical Luftwaffe version actually being carried in muti engine aircraft where it fitted into a special cradle above the navigator’s table.

Complete with the rare grey painted wood case (far rarer than the clock itself) which is in excellent condition with its fold out steel still legs still in place and a clear waffenampt stamp in the wood itself.

The clock and housing are in keeping with the late clocks, marked Heereseigentum (in the service of the army), Keinzle, No 5115 and 1944. The black dial is calibrated in 12 hour markers, the hands now darkened with age. At the 6 o’clock position is a subsidiary second dial and hand. The dial itself now with crazing to the finish.

The clock runs well and keeps reasonable time but is of course not guaranteed.