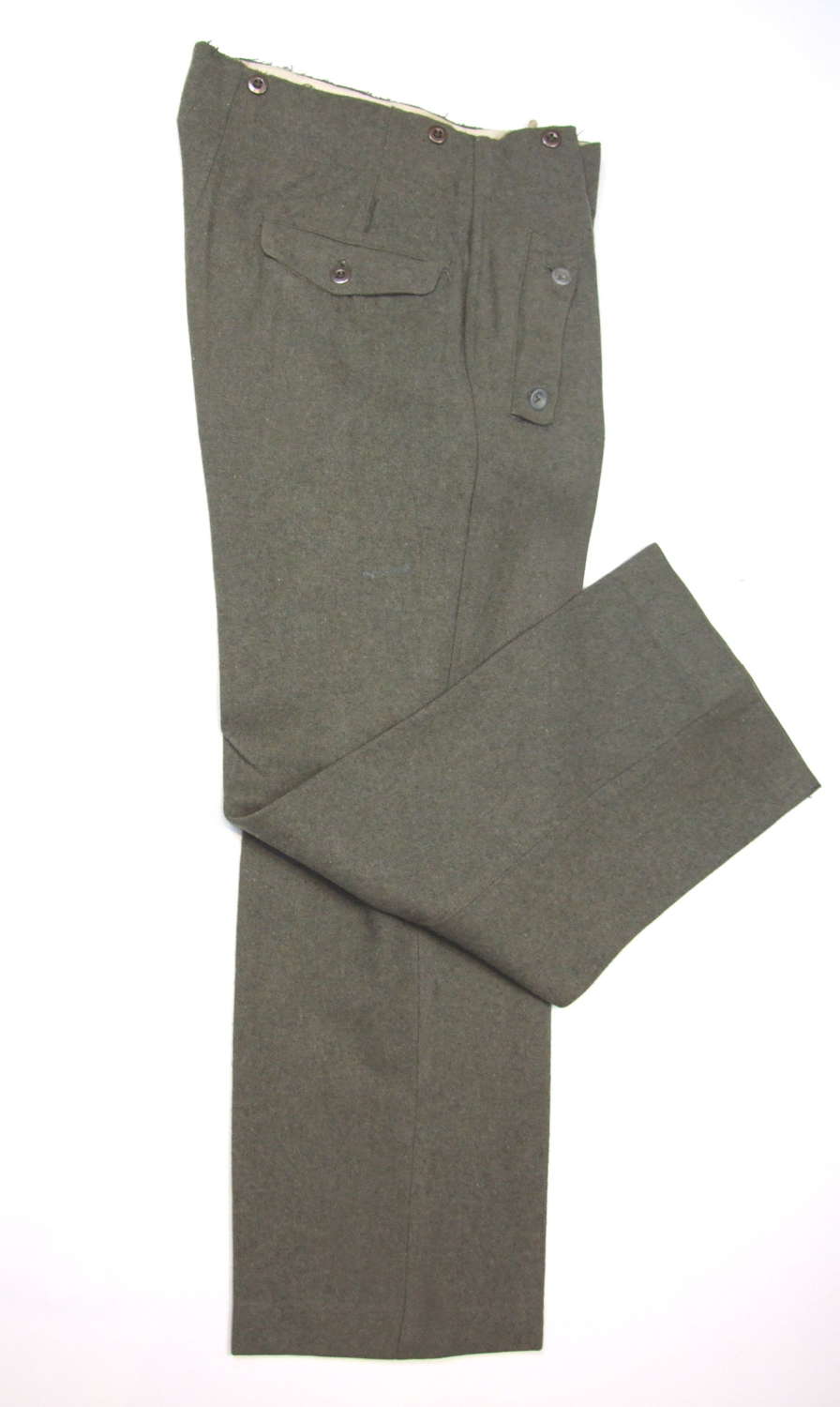 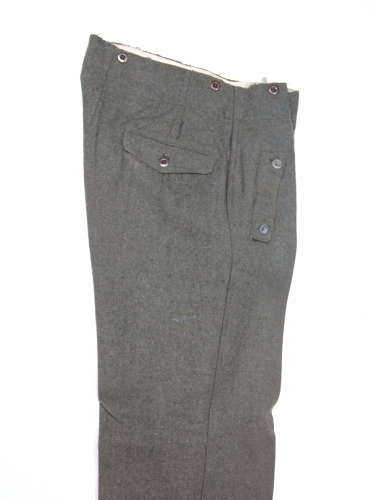 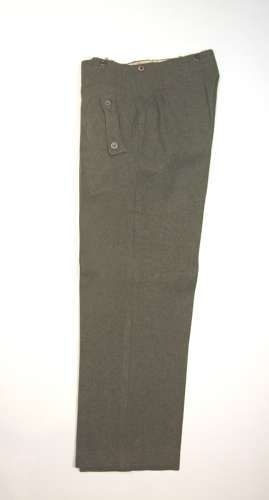 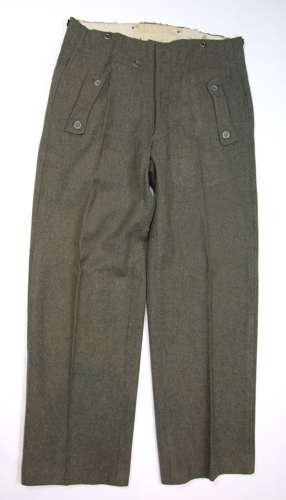 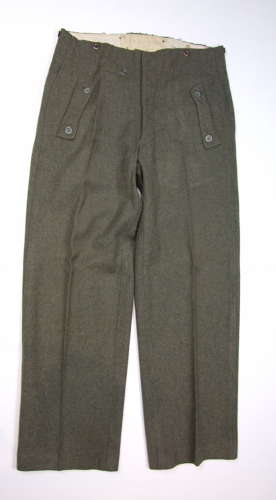 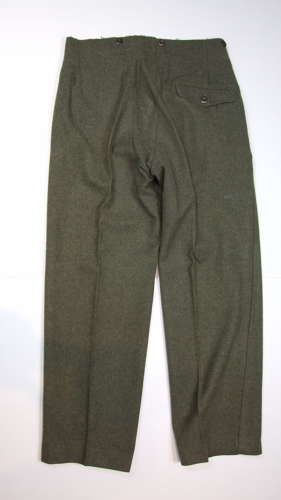 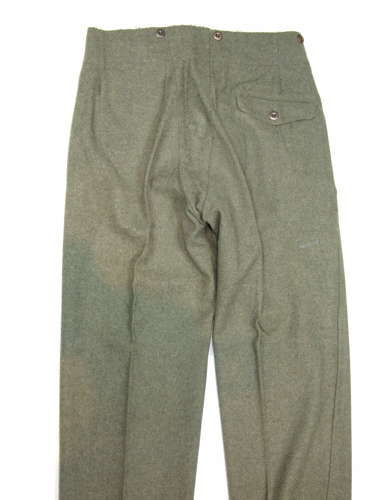 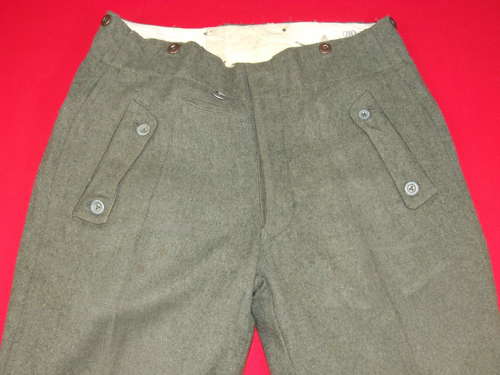 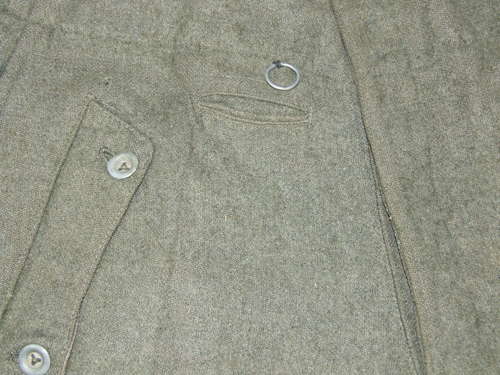 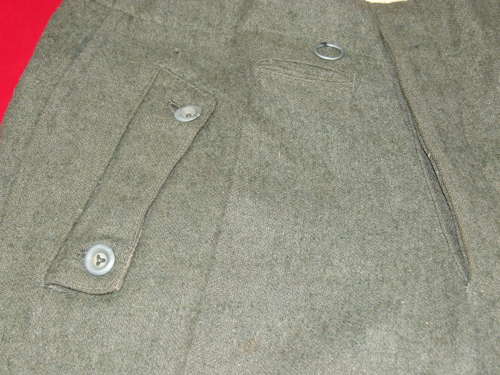 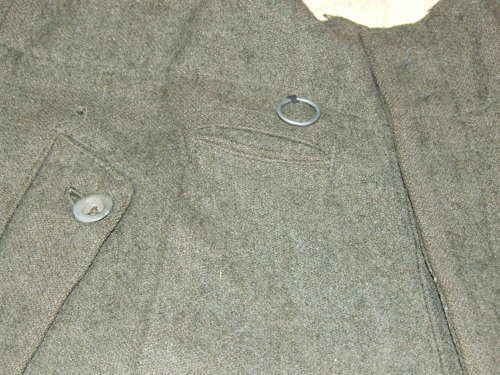 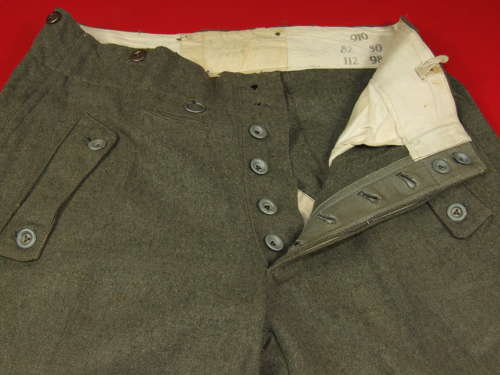 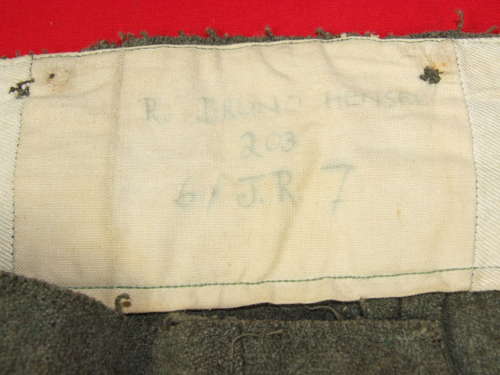 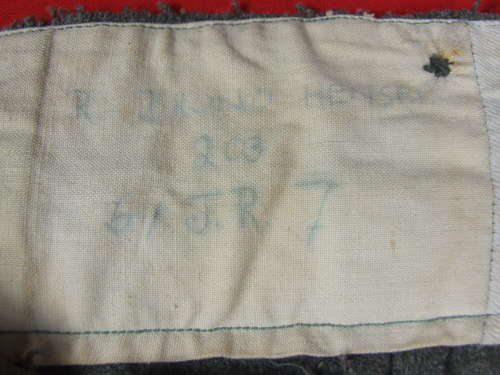 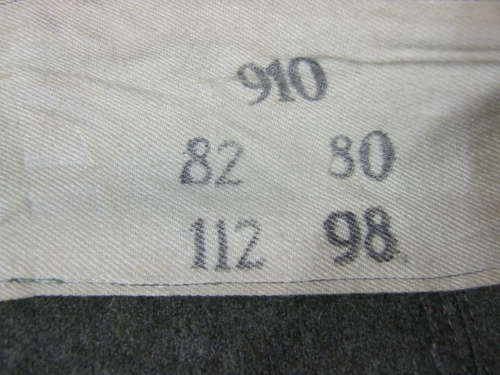 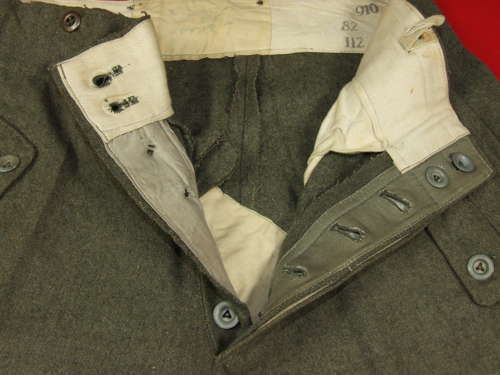 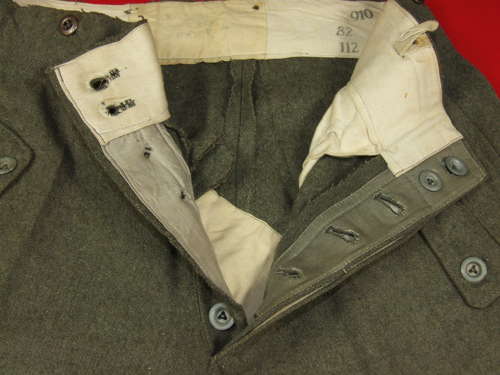 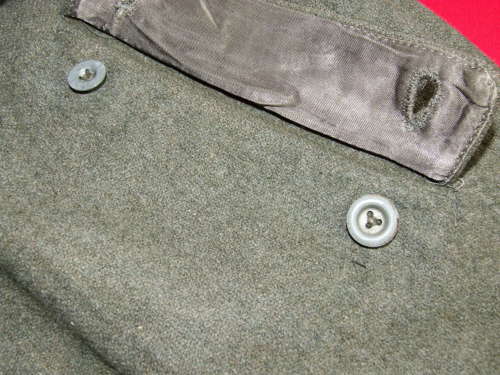 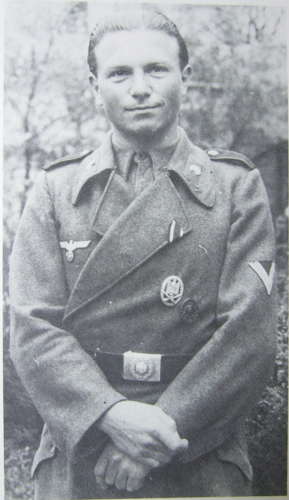 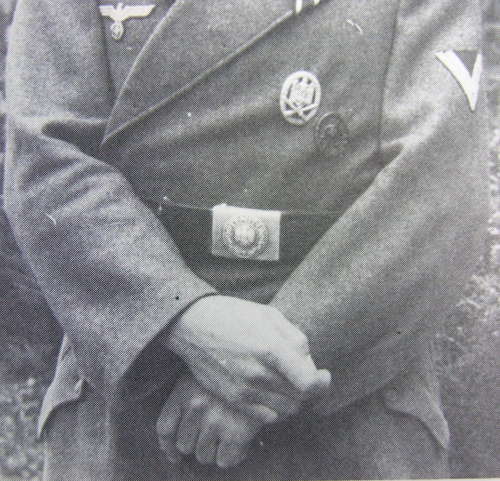 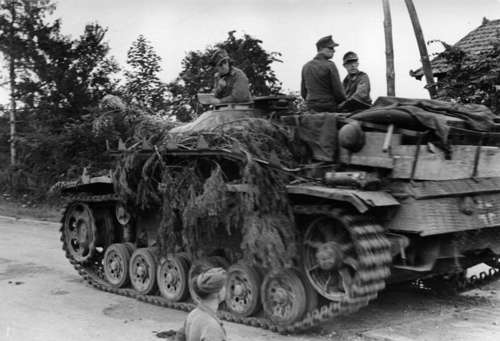 The Assault Gun uniform was introduced in 1942 and was issued to the assault gun and anti-tank personnel of armoured SS units. Whilst the field grey SS Wrappers are extremely scarce, the Trousers are much more so, few genuine examples existing.

This pair are in very good condition, free from moth or other damage but they have been modified to accommodate a second wearer. Material taken from the Trouser bottoms has been used to let the Trousers out at the waist and the two side adjustment straps have been removed, presumably no longer needed as they had now been tailored for a correct fit. Interestingly the second owner has written his name and regiment on the insert, R Bruno Hensel, 203, 3/ J.R.7

Tailored in the standard field grey wool rayon mix the most striking feature of the type are the two front pockets, closed with forward facing flaps and two dished non magnetic buttons. Above the right pocket is a small watch pocket with a securing ring above for the fob.

The size stamps are clear on the inner waistband, significantly with an SS, 910 production number above.

A fine and rare pair of Trousers, forum discussed to positive acclaim.