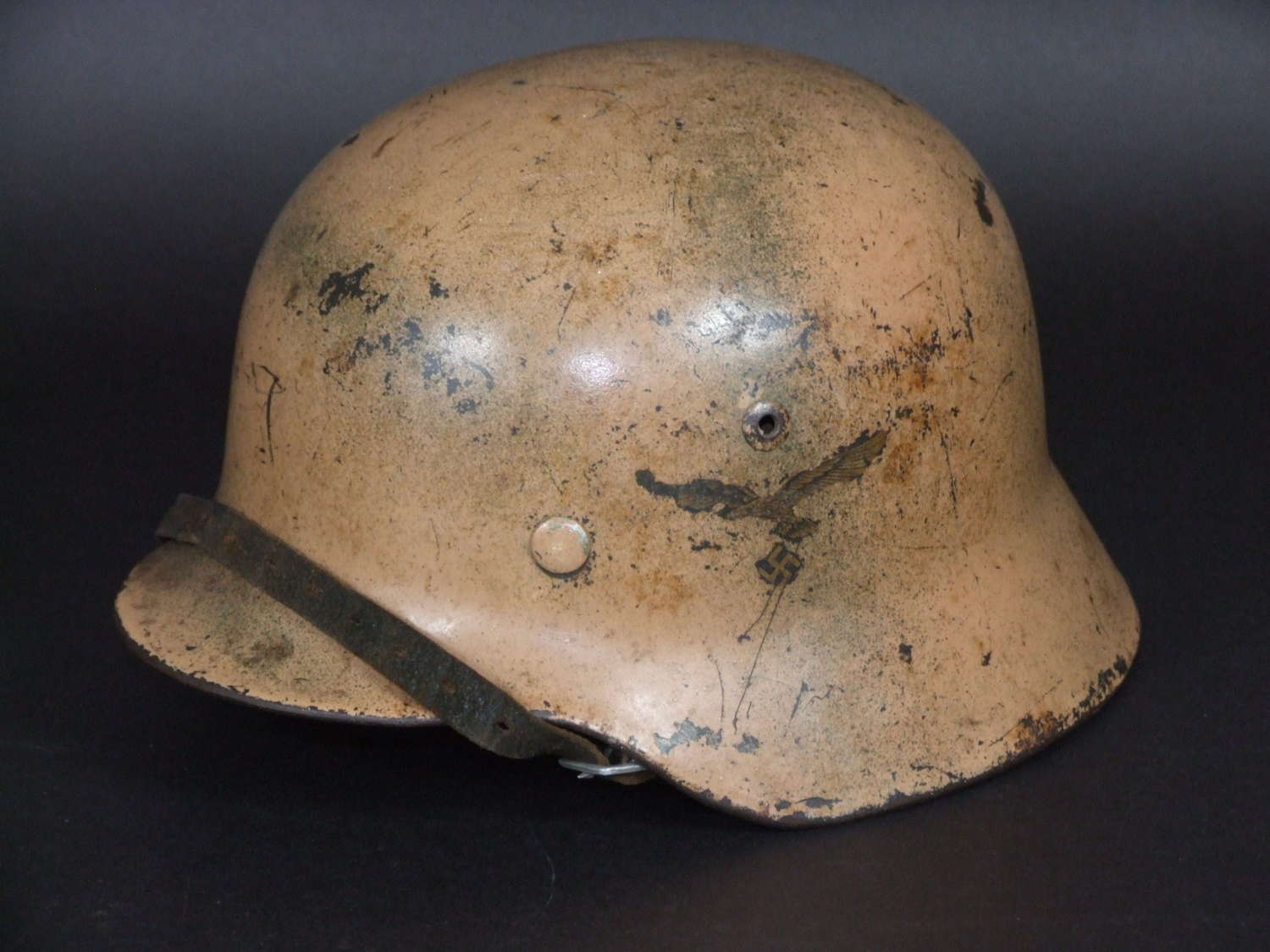 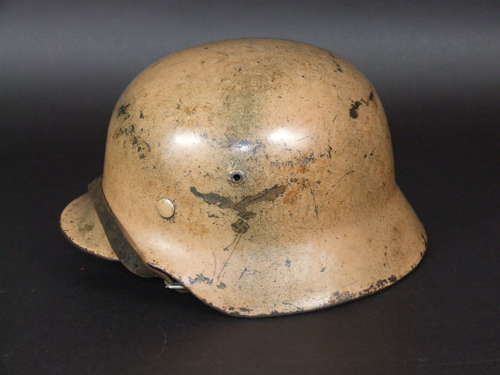 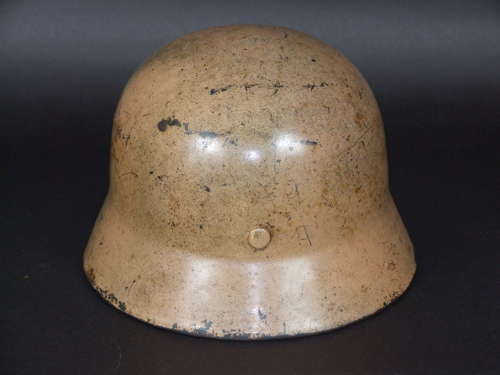 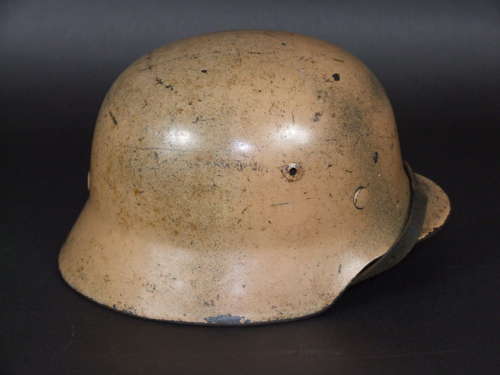 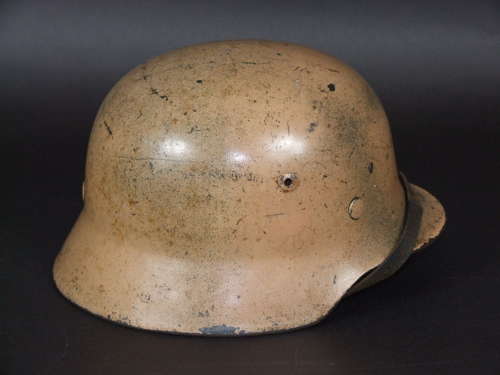 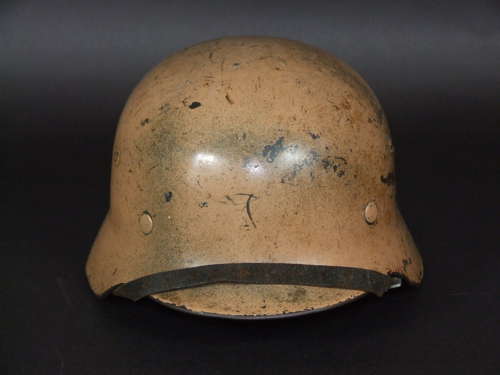 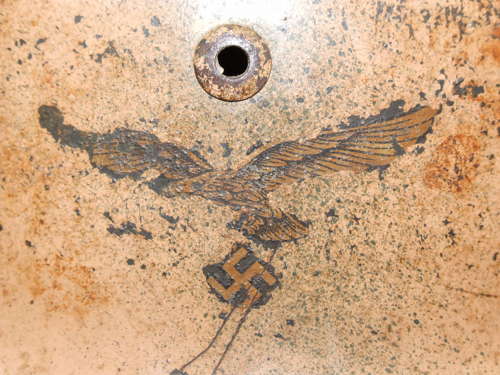 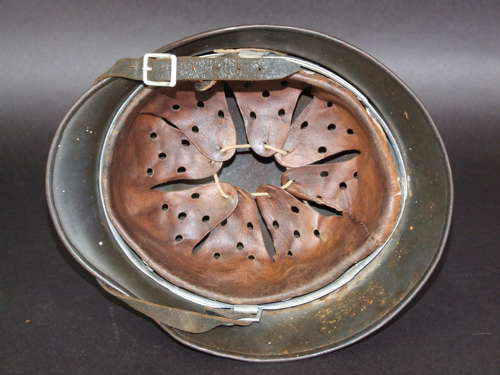 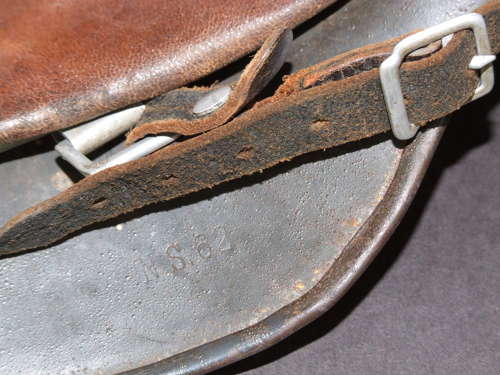 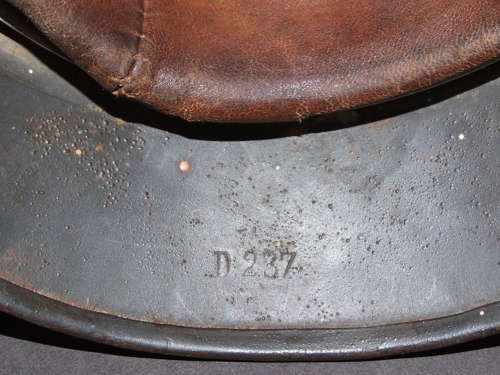 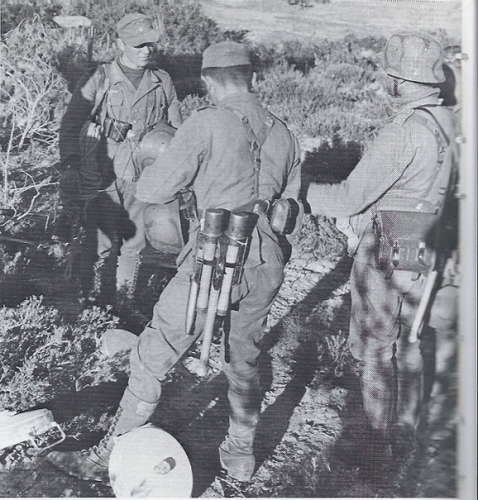 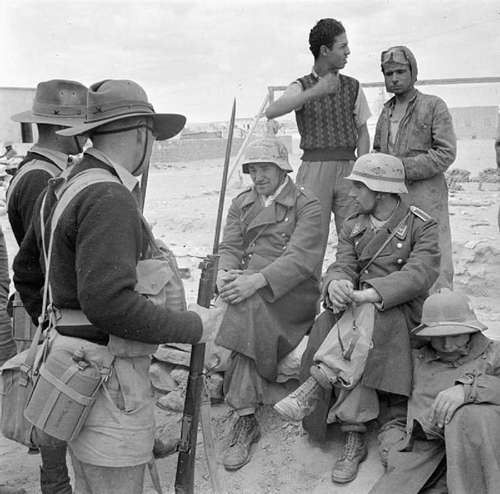 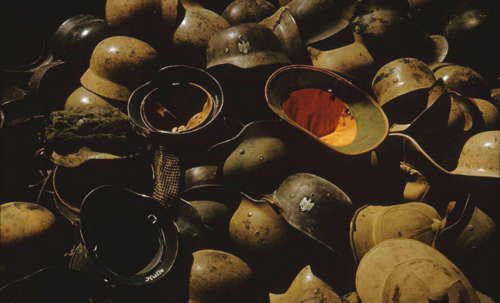 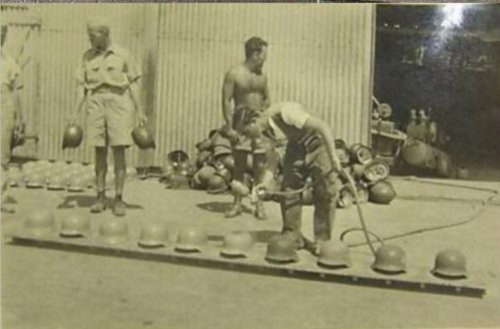 An NS62 with a lot number of D237 inspection of Brian Ice’s book reveals a Luftwaffe M35 of identical size and lot number in the same camouflage, possibly even the same helmet.

The shell is without damage and the “pink” tint to the paint is unmistakably the unique colour seen on these rare Afrika Korps helmets, in this case with subtle streaks of green spray.

On the right side the ghost of the tricolour national shield decal is visible underneath the paint, on the left side the Luftwaffe eagle is exposed. I initially thought this had been liberated from beneath the paint but research via German Helmets Walhalla and through one of the authors of Paul Martin’s book “The Camouflaged helmets of the Wehrmacht” has told me that the practice at that time was to roughly apply Vaseline to the eagle before spraying so it could then be wiped off to expose the eagle again, the golden tone of the eagle being a consequence of this.

Inside, the liner band is the early unreinforced species without breaks and dated 1938. The leather tongues remain soft and without damage, the chin strap dated 1940.

A quite beautiful example of very rare Afrika Korps Helmet