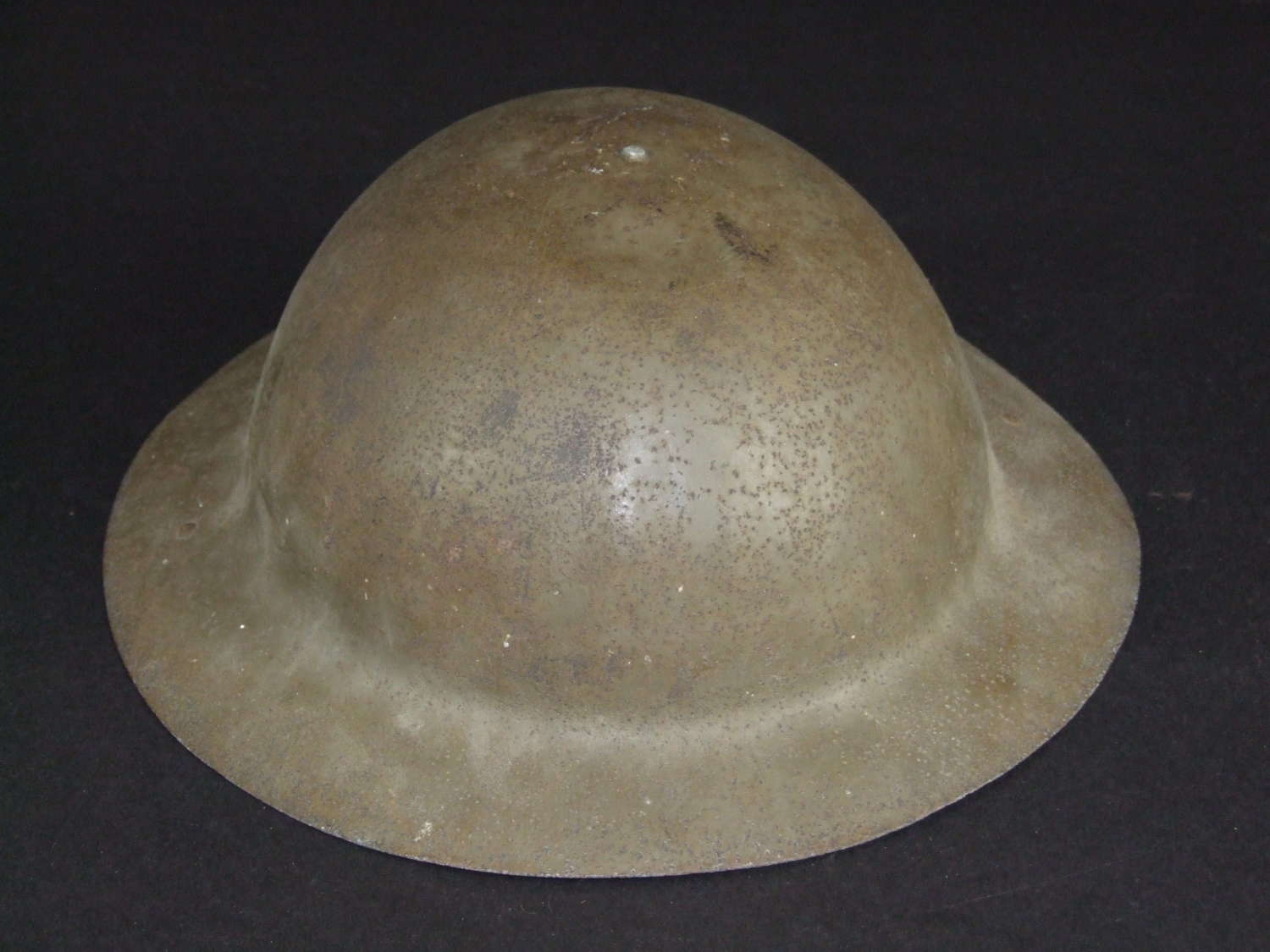 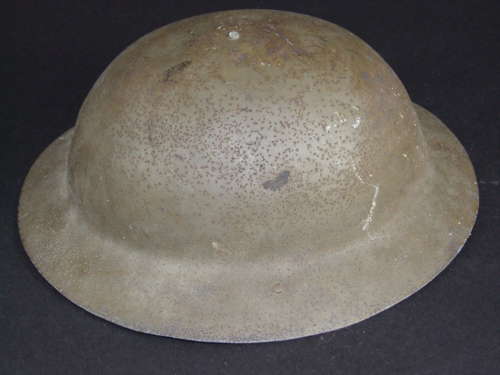 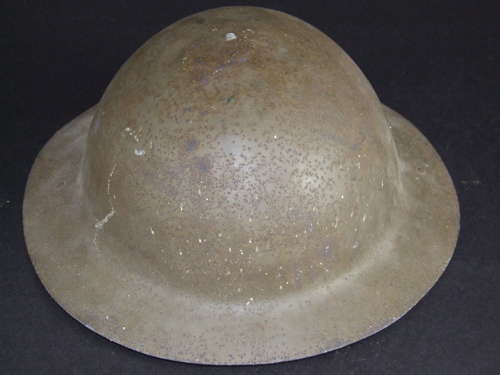 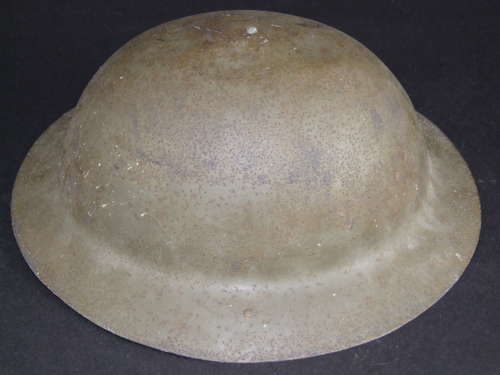 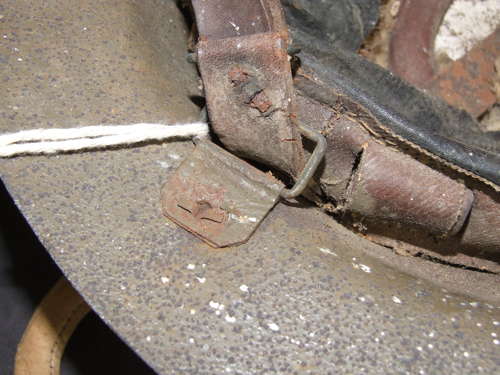 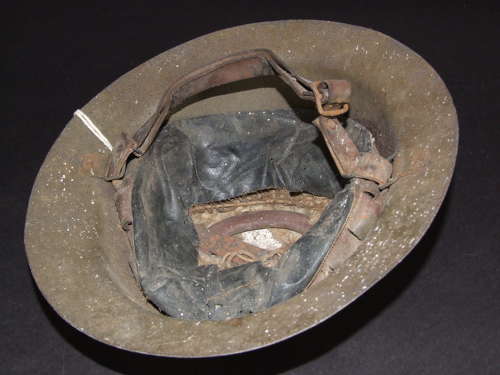 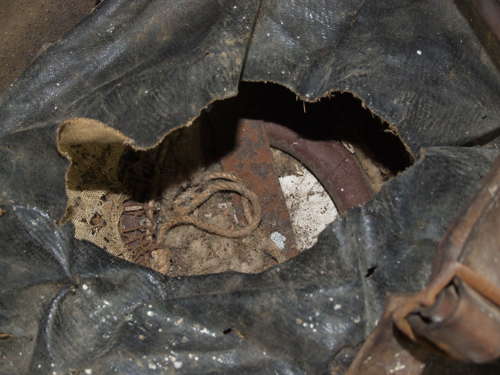 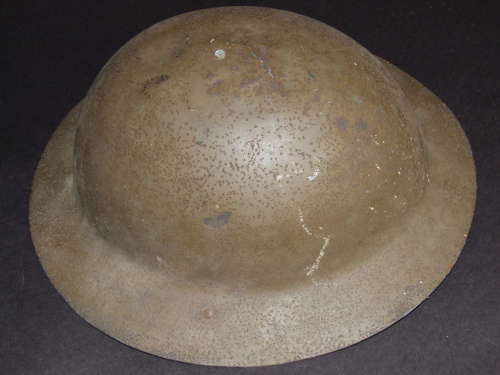 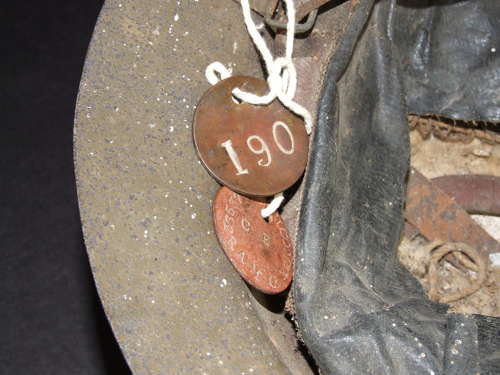 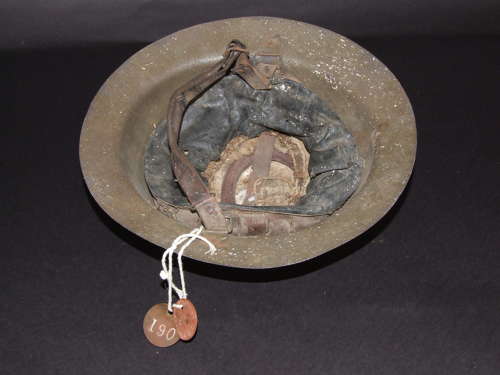 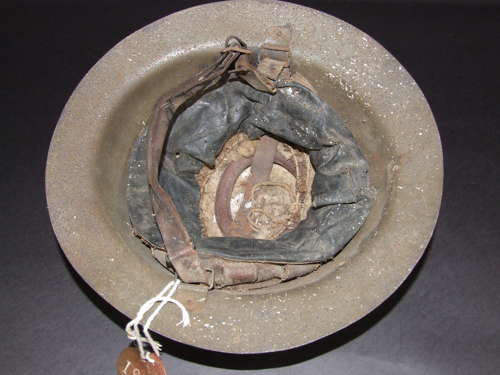 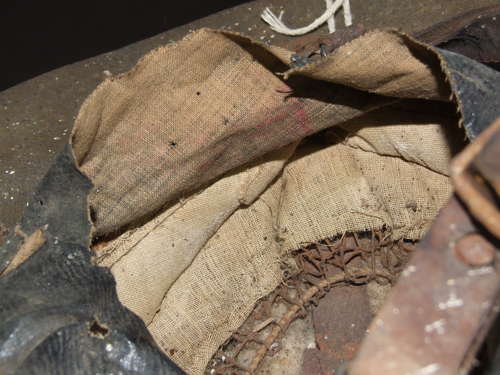 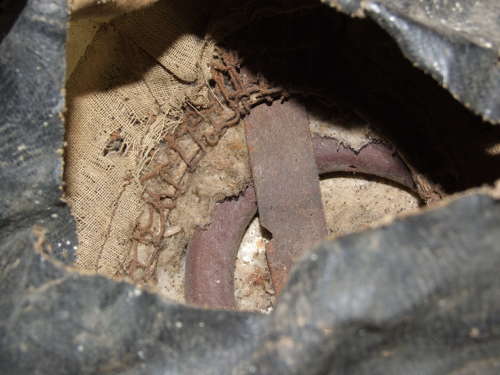 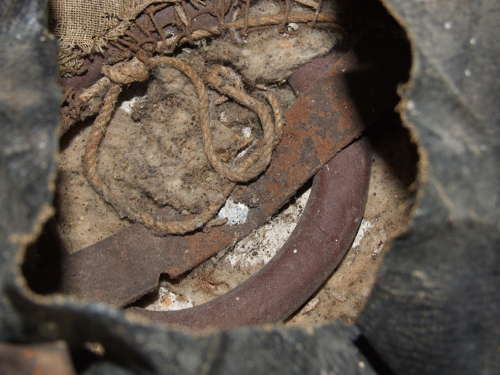 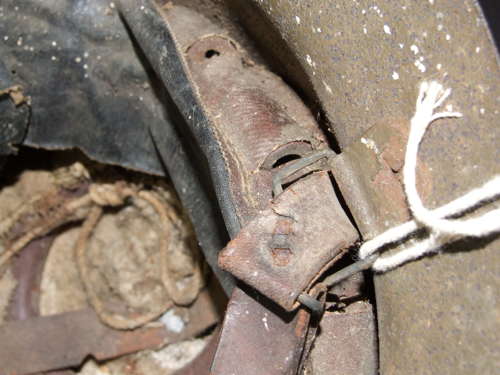 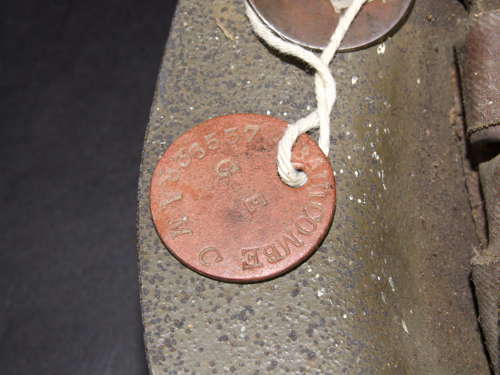 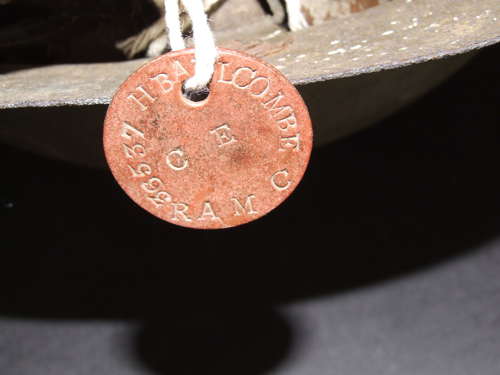 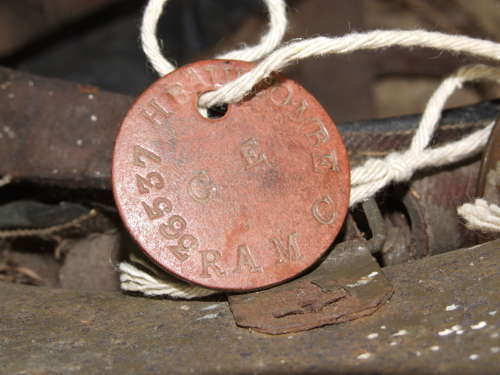 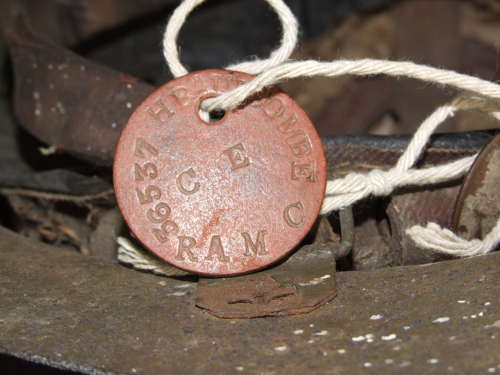 A good example of the WW1 British War Office Pattern Helmet in the seldom encountered Official Hybrid format, this with the original owner’s Identity Discs attached.

The "raw edge" War Office Pattern Helmet was first rushed into service by the British in October 1915. Following active service experience, in April 1916 improvements were made to the Helmet which then became known as the "MK 1”. In essence the changes consisted of adding a steel rim to the Helmet’s raw edge plus introducing a new liner, chin strap, and chin strap bales, and then adding sand or saw dust to to the paint finish to make it non-reflective. In February 1917 a further improvement was made when a shock absorbent rubber ring was introduced to the liner’s crown.

Whilst the new MK1 was introduced in April 1916, any Helmets already in use by British Troops naturally continued to be so. This state of affairs lasting right to the end of the war in some cases. When early War Office Pattern Helmets needed repair prevailing front line conditions meant this very often simply consisted of the Helmet being relined with the new MK1 Liner and Chinstrap & Bales at depot level. Such expedience was officially sanctioned and in the process numerous "Hybrid" Helmets were created.

The War Office Pattern Helmet presented here is just such a rare Hybrid. The Helmet shell is in the early format of having a raw edge and a pre April 1916 reflective paint finish, whilst the liner, chin strap and chin strap bales are in the post April 1916 MK1 format. To the crown the liner also has the shock absorbent rubber ring, this indicating that the repair/refurbishment of this particular War Office Pattern Helmet occurred after February 1917.

This Hybrid War Office Pattern Helmet  is in decent condition and complete, the chin strap however is rather dry and there is moth damage to the felt pad of the liner’s crown. The early paint finish is for the most part present overall though there are light rust spotting showing throughout. The Helmet’s underside has some white insect dropping spots in a number of places. Clearly, this helmet has lain unnoticed and uncared for in a shed or garage for many years

Rather nicely the original owner’s identity discs are attached to one of the chin strap bales, this indicating “36537 Baulcombe” of the Royal Army Medical Corps. The five figure service number further indicating an early war volunteer. By the time conscription was introduced in 1916 service numbers had increased to six figures.

One of the discs simply has the designation “I90” upon it. I have no idea what this means but perhaps it is a unit sub-designation thought necessary since the RAMC were a large Corps.

A rare version of the WW1 British Helmet.