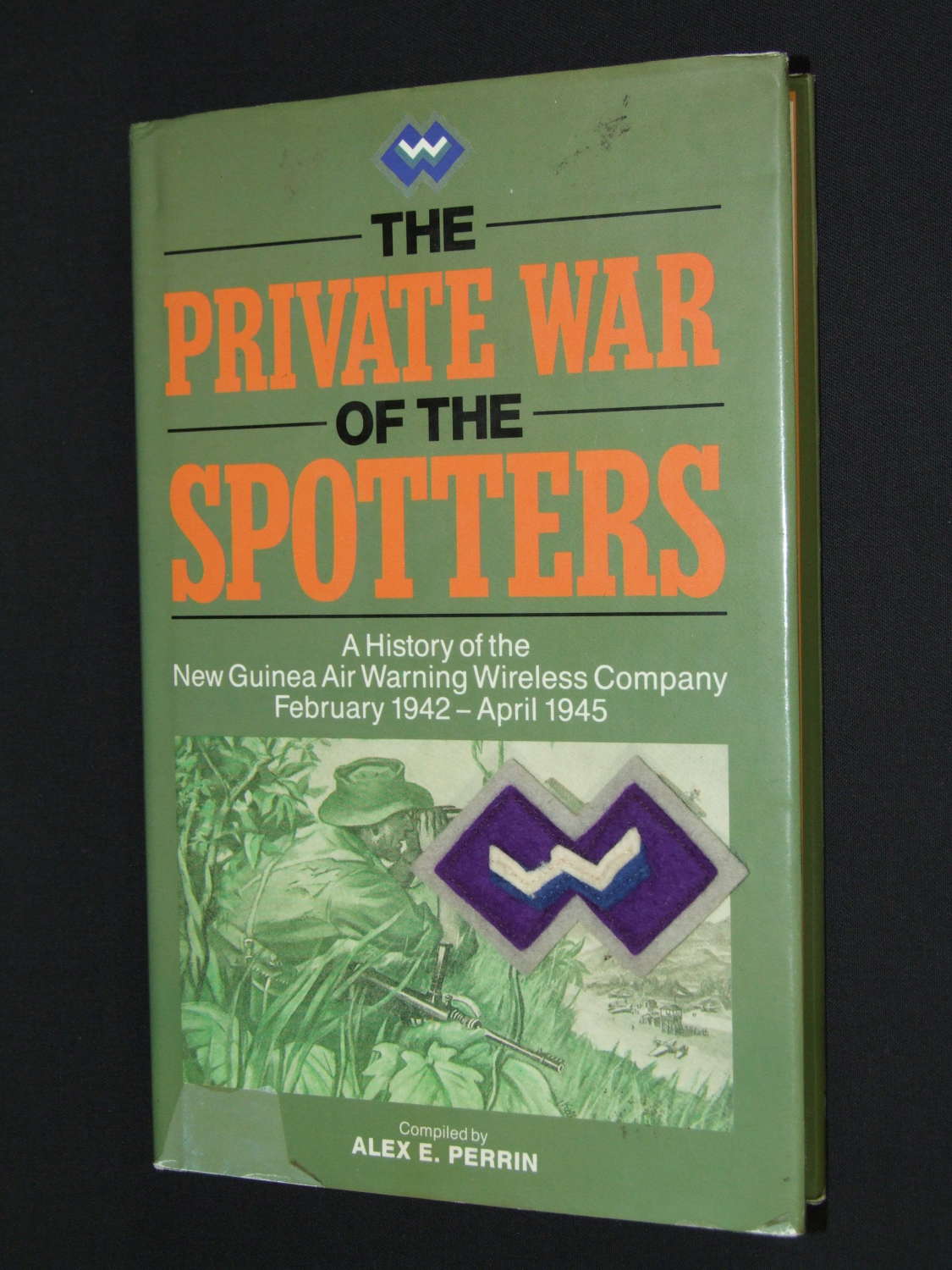 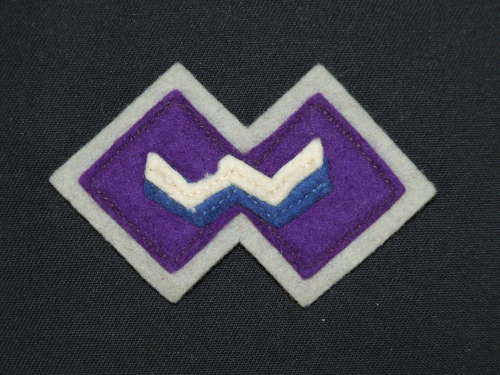 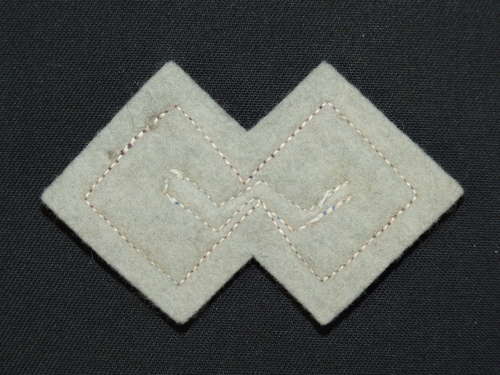 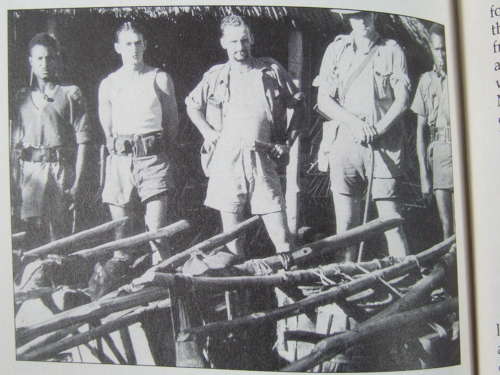 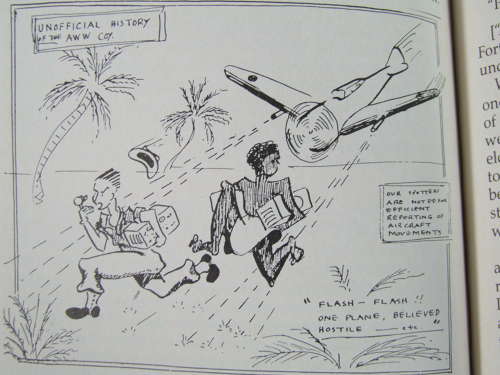 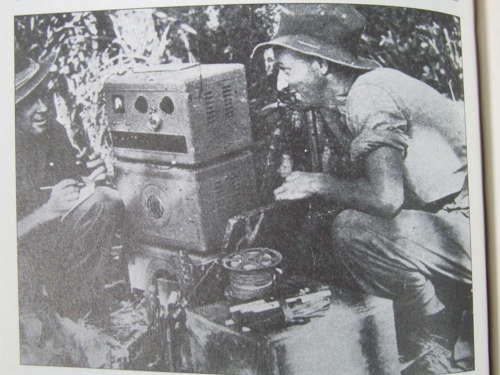 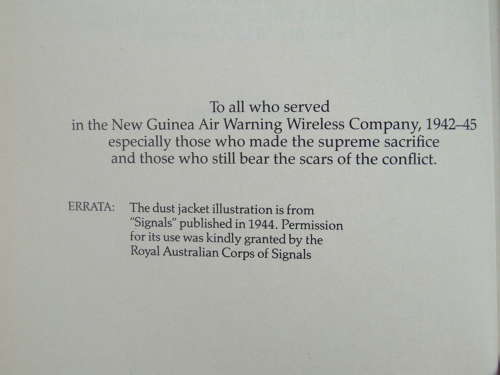 In excellent unissued condition the patch is accompanied by a copy of “The Private War of Spotters” by Alex E. Perrin which covers the history of the New Guinea Air Warning Wireless Company and worn as a distinguishing unit indication at the head of each sleeve from 1944 to 1945.

The New Guinea Air Warning Wireless, also known as the "New Guinea Air Warning Wireless Company", "NGAWW", or "The Spotters", was a unique signals unit of the Australian Army formed in January 1942 in Port Moresby, Territory of Papua, during World War II, to provide early warning of Japanese air attack, and subsequently providing surveillance of shipping and ground-based troops. During the first month of operations 16 stations were established, with positions set up along the Papuan coast as well as in the mountains near Port Moresby. They often operated behind Japanese lines and were at risk of being captured by the Japanese due to the nature of their operations, while a number of outstations were over-run and the men manning them killed. By the end of 1942 the company was maintaining 61 operational stations and had a strength of 180 men.

Eventually, at its peak in late 1944 there were more than 150 spotter stations deployed on islands and mainland territories throughout Papua, New Guinea and Dutch New Guinea. The company's headquarters moved to Nadzab in June 1944, by which time stations had been established as far as Hollandia. However, in September 1944 the Australian military decided that it would not agree to American requests for the unit to serve outside the Australian area of operations and it was subsequently withdrawn after being left without a future operational role. Returning to Australia, it was disbanded in April 1945. Many of its members received awards for their actions, with the company having the distinction of being Australia's most highly decorated signals unit of World War II.