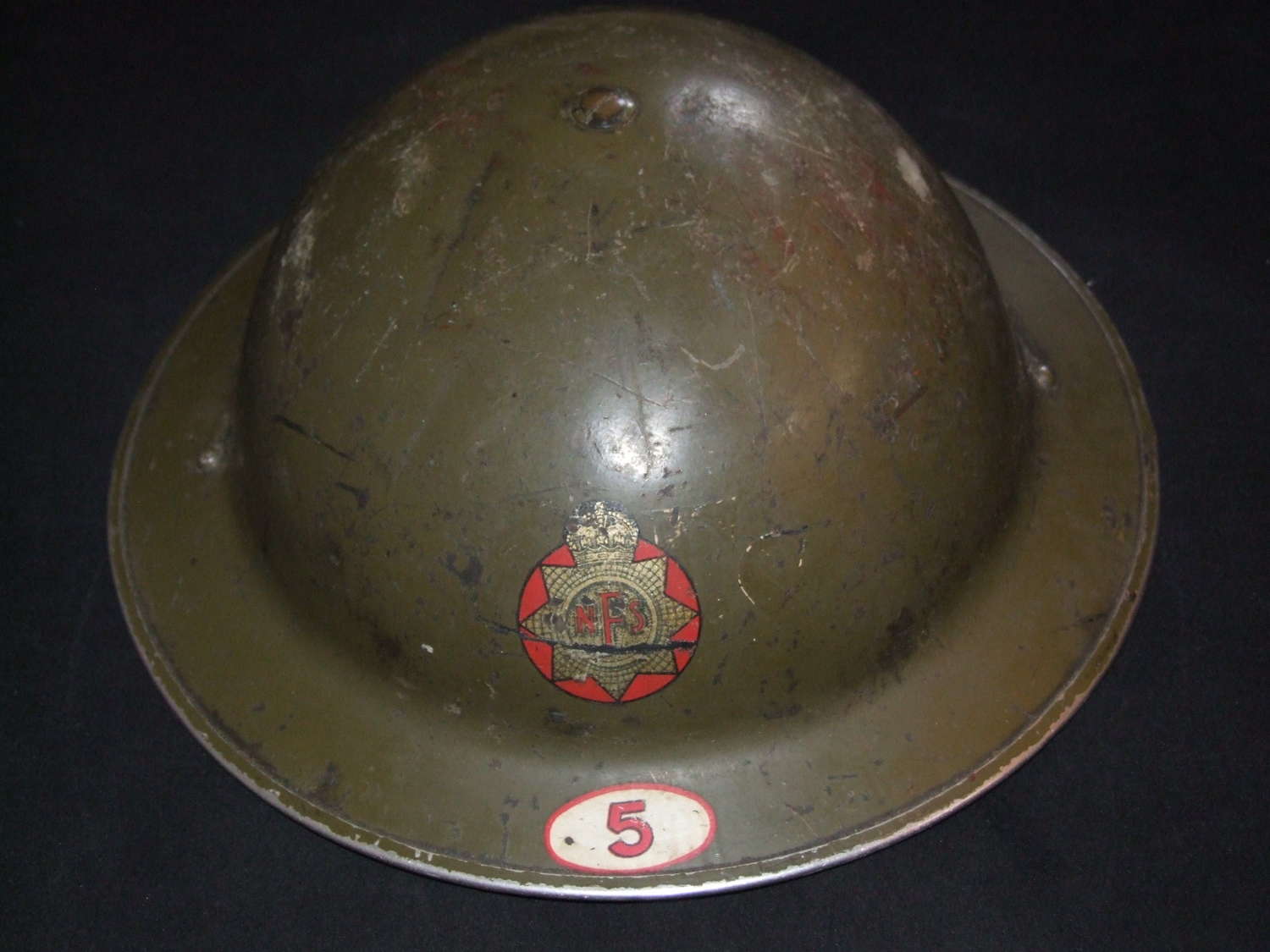 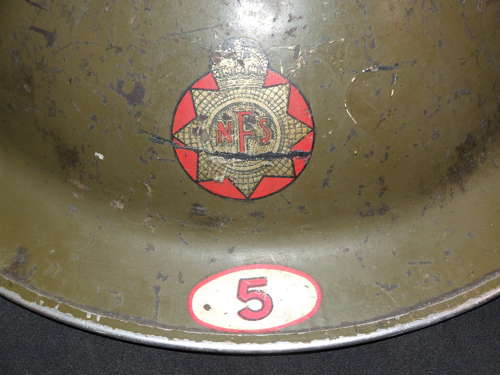 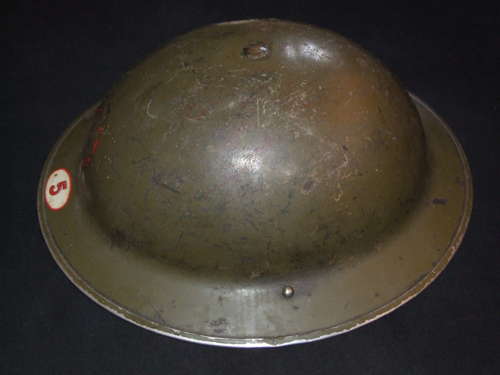 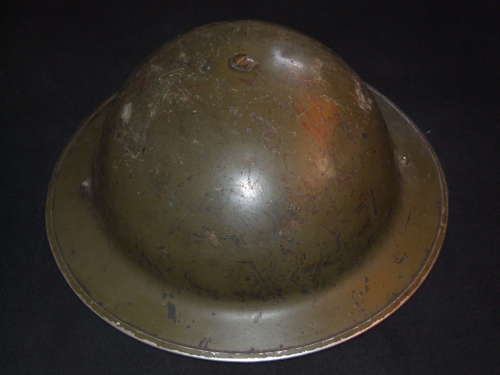 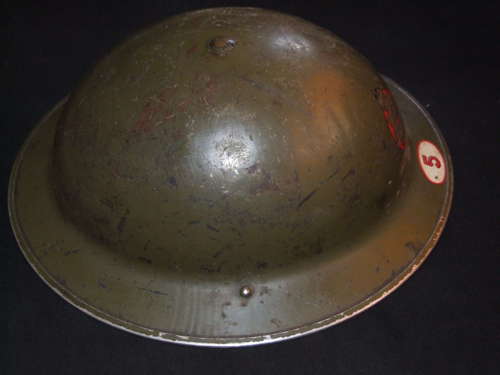 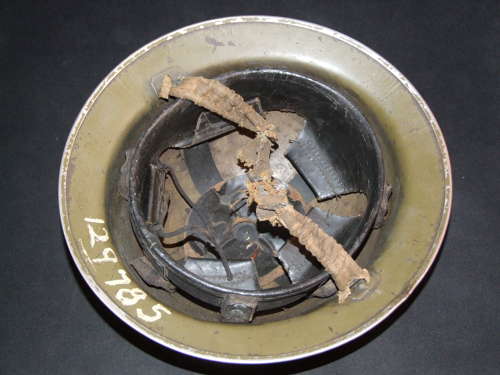 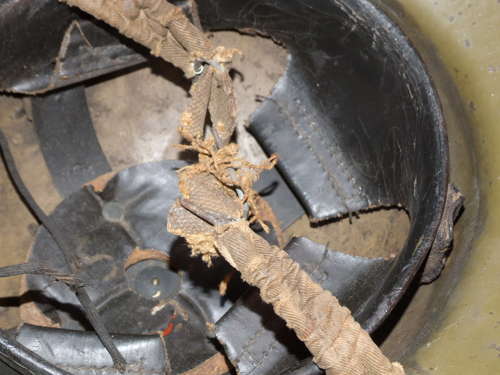 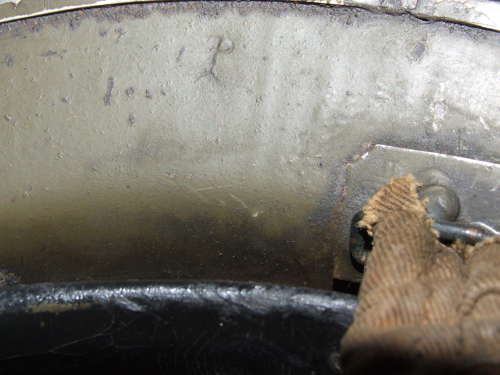 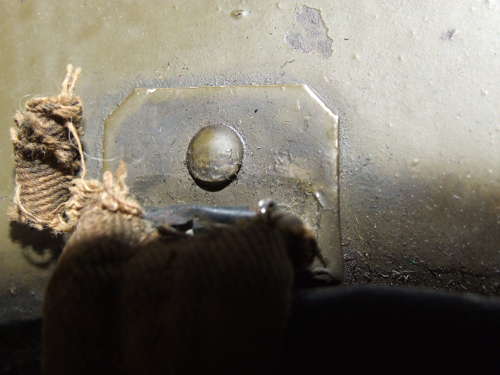 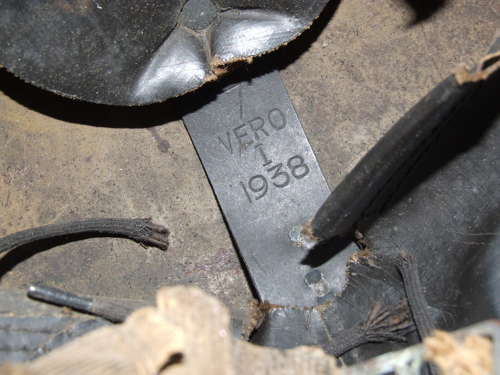 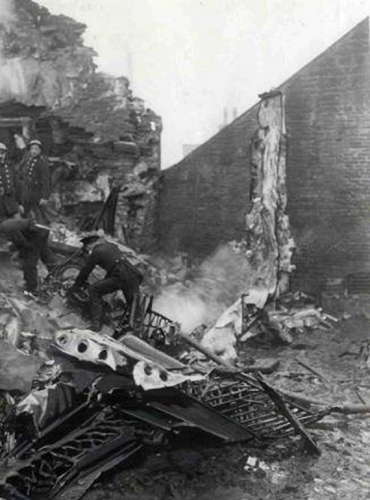 To the front of the Helmet is a good NFS decal without loss but with a horizontal surface marked caused by the Rexine liner of another helmet having been stacked on top of it, no doubt in the early post war years when these helmets were decommissioned. Below the NFS decal is the elliptical decal 5 used by the Bradford NFS.

The shell retains most of the original factory paint and is generally very good with one light crease. Inside, the Rexine liner is very good, remaining supple and without splits. The chinstrap is in poor, damaged condition.

Introduced in 1938, the Mark II featured a new shell with a non-magnetic rim (so that the wearer could use a magnetic compass) and the new liner and chinstrap used in the Mark I*. Early production went to the ARP services, the fire brigade and the police.