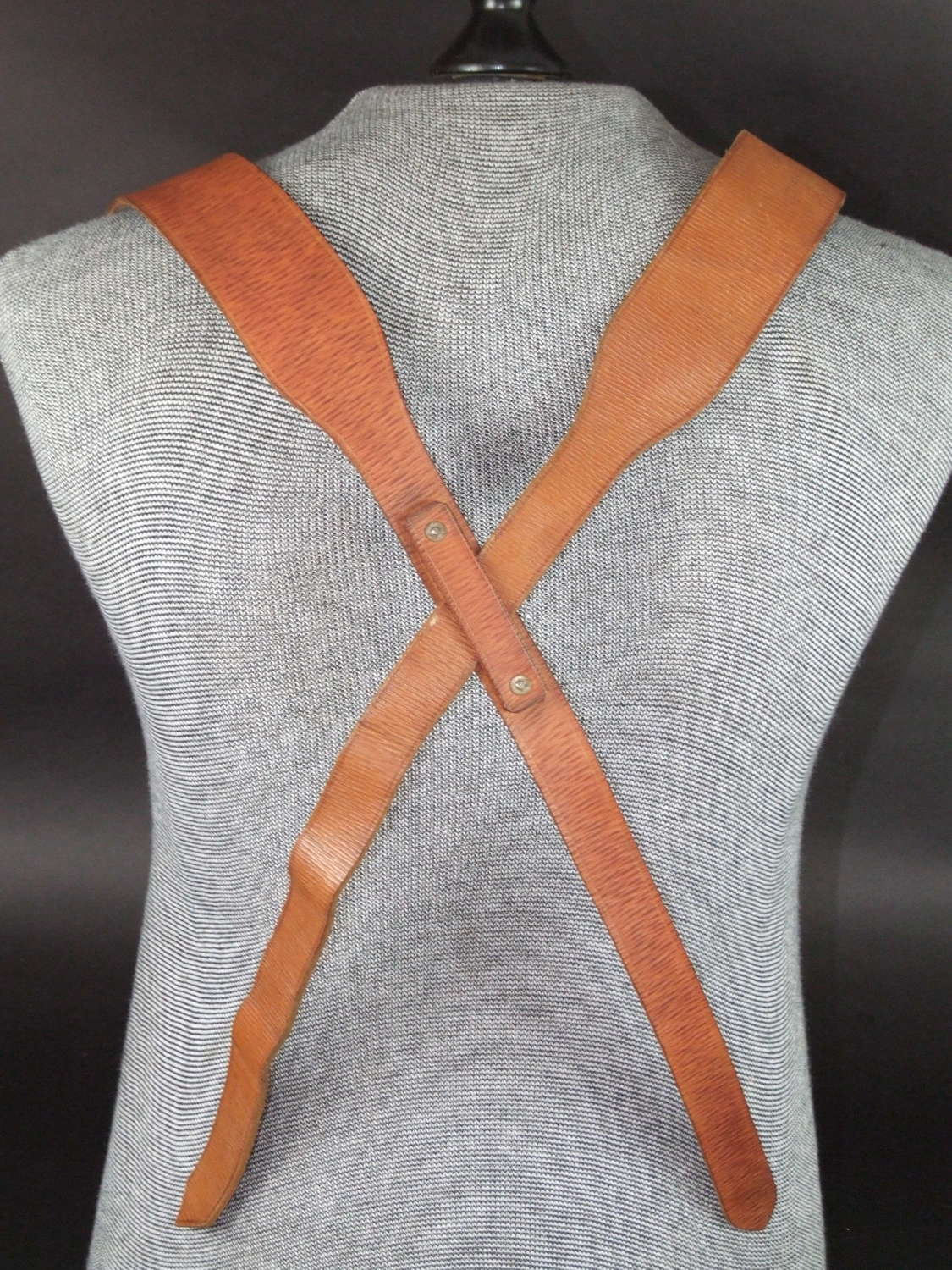 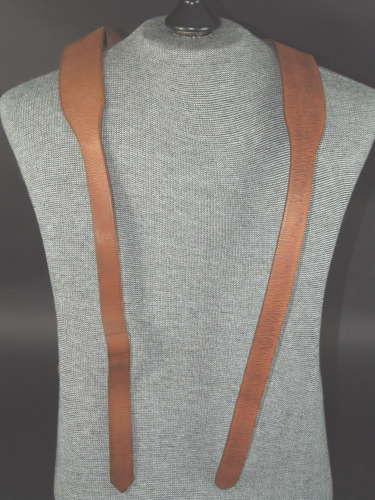 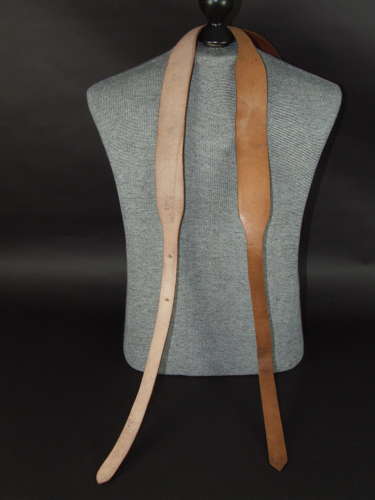 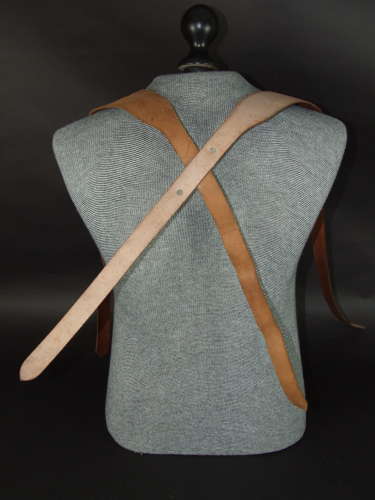 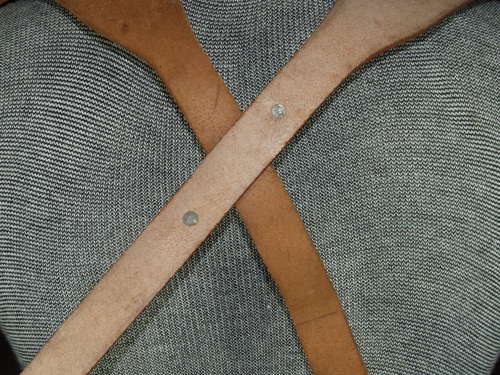 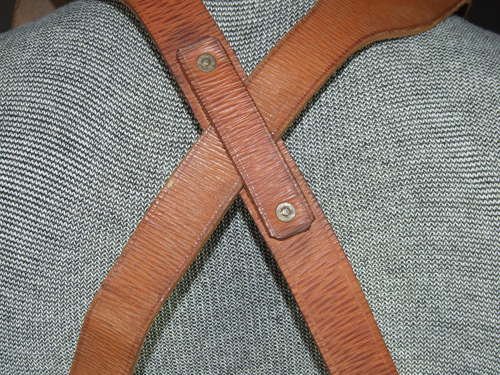 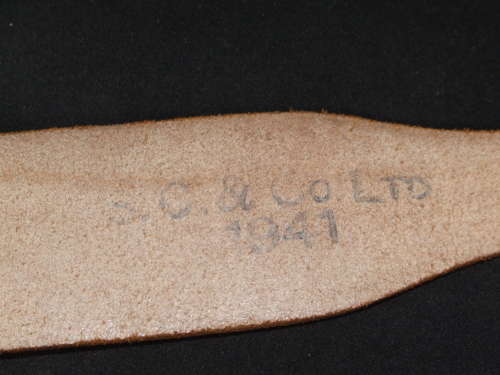 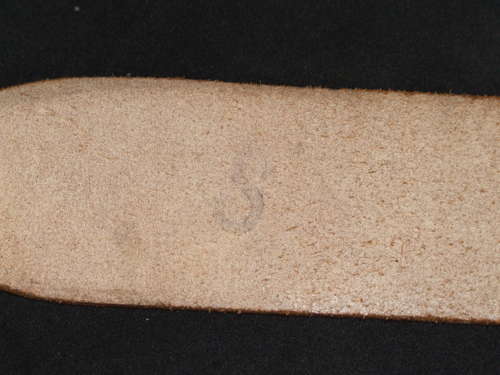 A rare matched pair of 1939 Pattern Equipment Shoulder Braces introduced by the British War Office shortly after the start of WW2. This Equipment was rushed into production to make up the shortfall in web equipment manufacture which at that time was simply not up to the task of equipping the whole of the very rapidly enlarging British Army.

The 1939 Equipment appears to have been deployed for training purposes only with its most typical use being by the Home Guard.

The Shoulder Braces are by far the most difficult part of the 1939 Equipment to find, this due to the majority being converted to civilian luggage carrying straps post-war. A correctly matched pair with one having the extra crossover securing loop exactly as prescribed. Both Braces are in very good little used condition, one having a 1941 manufacturer’s date mark and the other devoid of any markings.