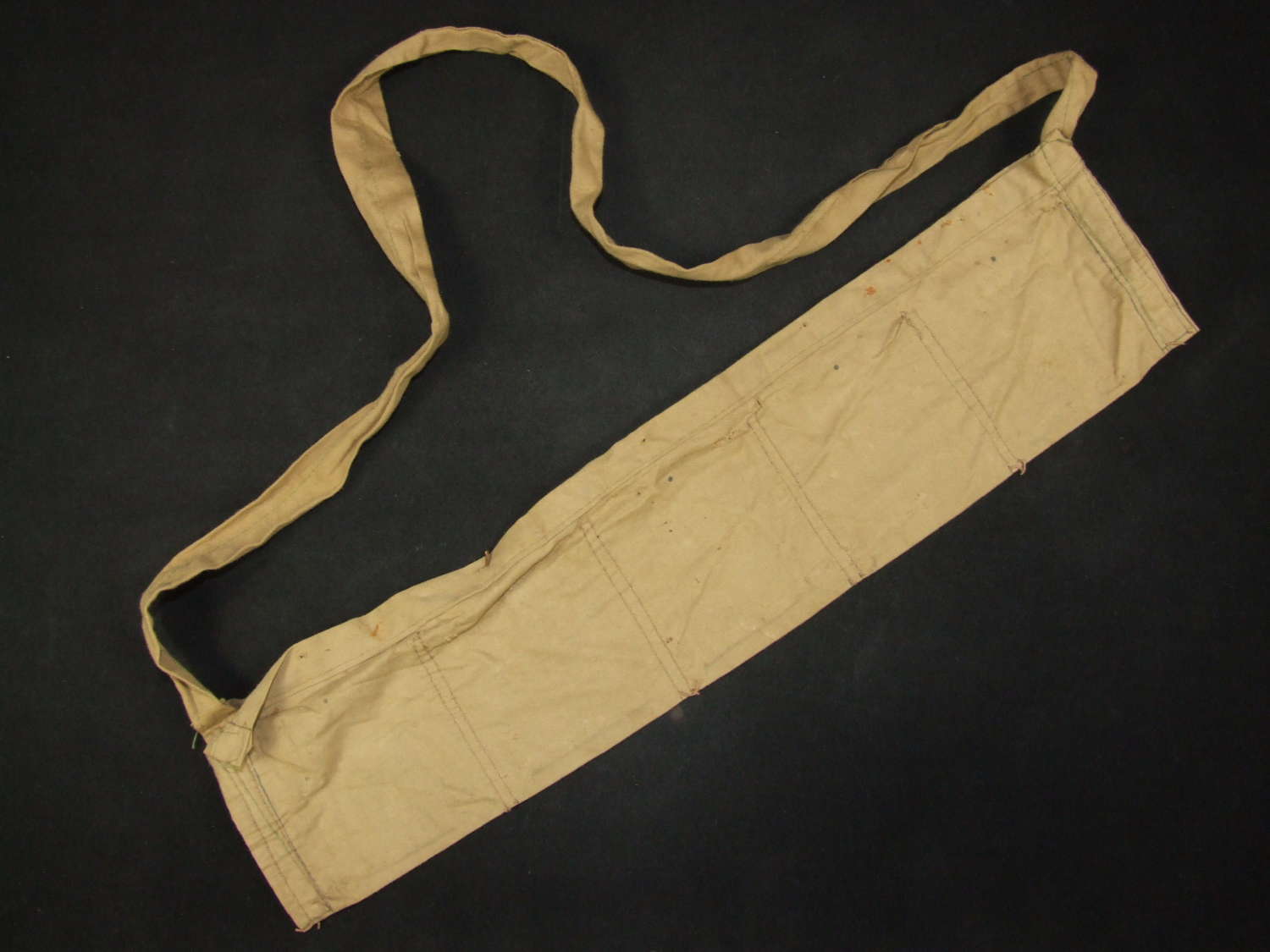 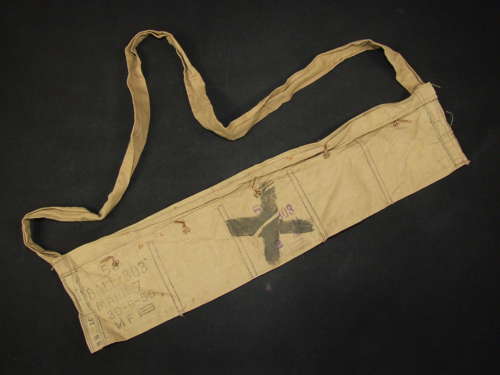 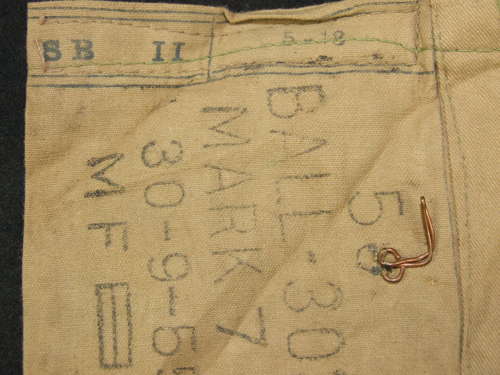 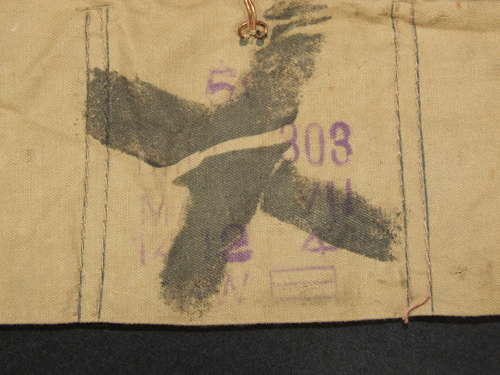 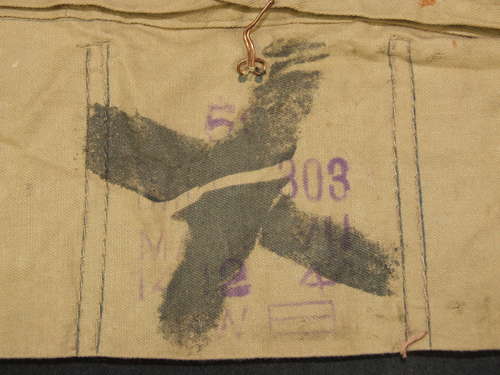 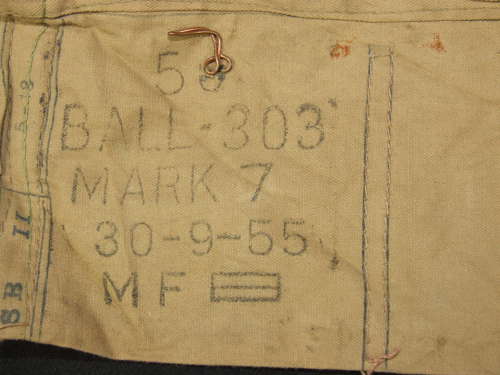 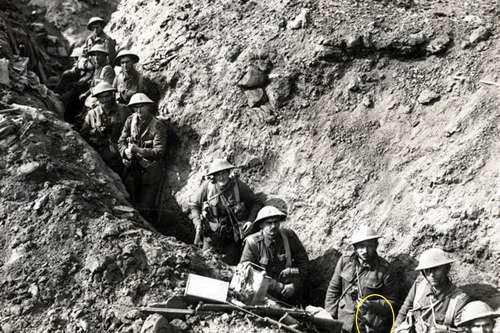 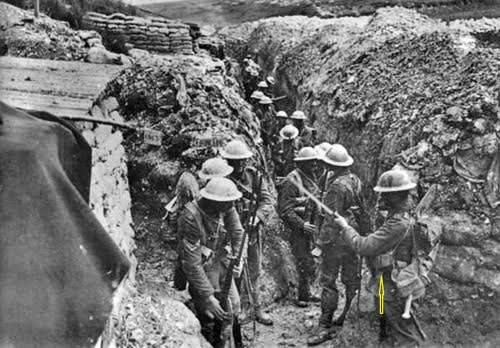 £75.00 Approx $91.69, €84.75, £75
Qty
A good example of the scarce WW1 British cloth Bandolier for carrying extra .303 Rifle Ammunition, dated 1918.
These five pocket cloth Bandoliers were issued to British and Commonwealth troops when a rifleman needed a ready supply of extra Ammunition in chargers. The most common use for these was issue to a soldier prior to his “going over the top”, as such these cloth Bandoliers form an indelible part of the silhouette of the WW1 British soldier in the attack as numerous period “battle" photos testify.
Dated 1918 to the edge seam and closing via five copper hooks, this Bandolier is complete and in very good condition overall with no damage of any kind.
It appears to have been used three times in its service life as the red markings to two of the pockets demonstrate. The first use being 1918, then refilled and used in 1944, and then refilled once more in 1955. The refill date markings are to the inside of the bandolier as worn and do not affect a ww1 display.
A scarce but indispensable part of the WW1 British Soldier’s battle kit.