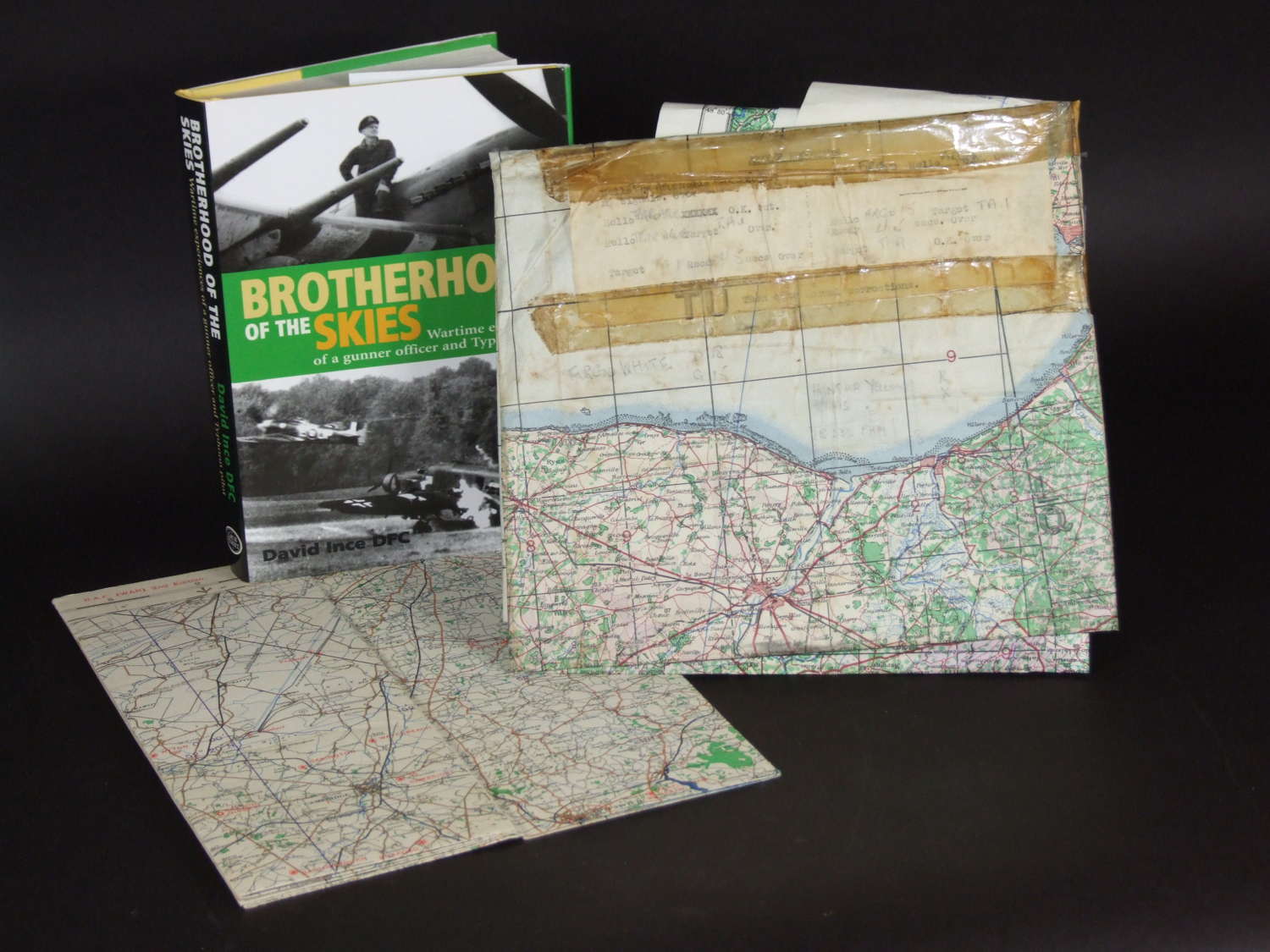 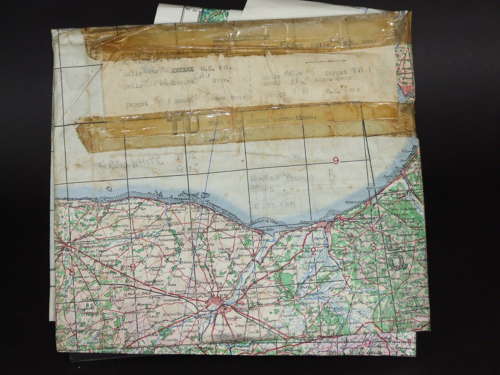 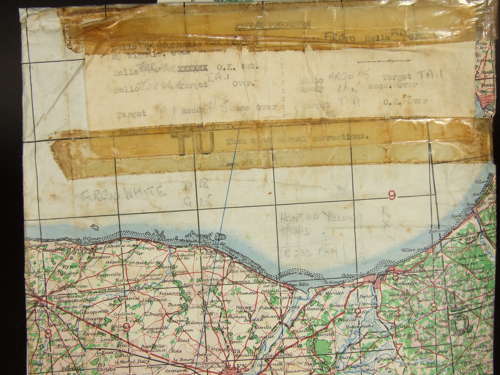 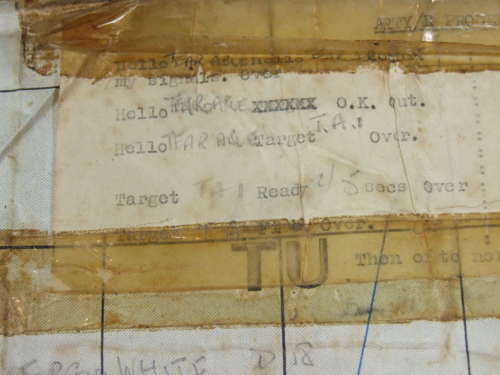 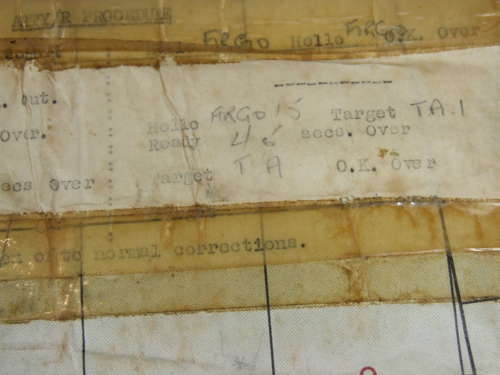 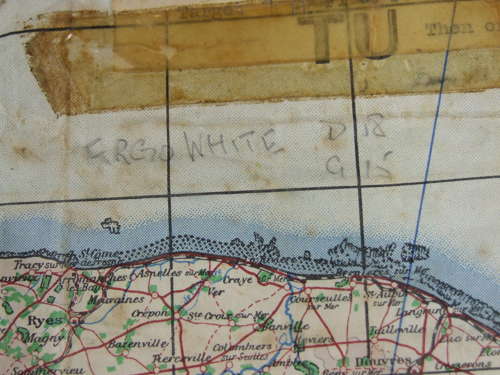 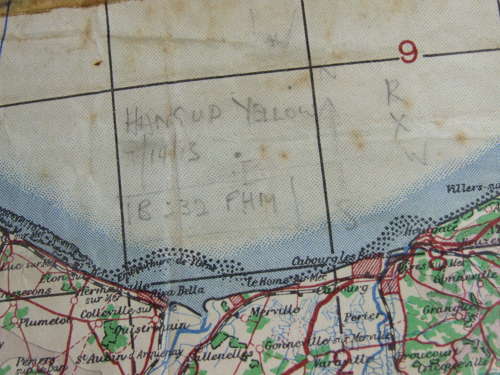 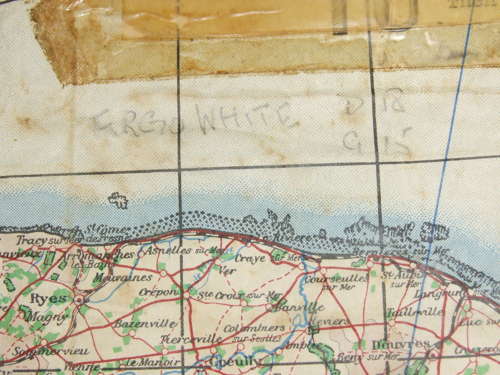 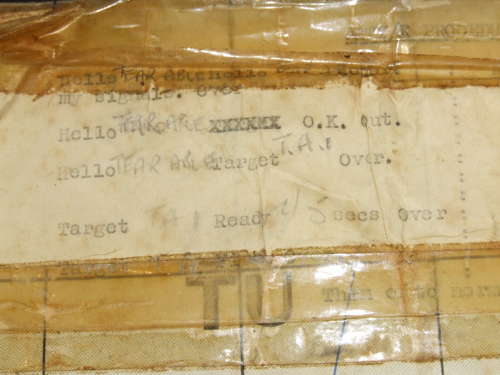 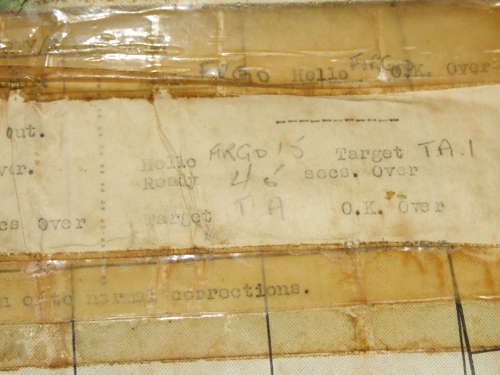 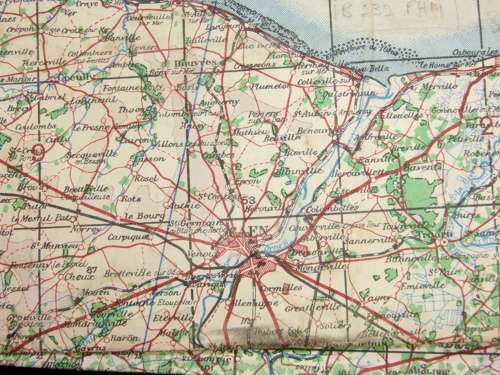 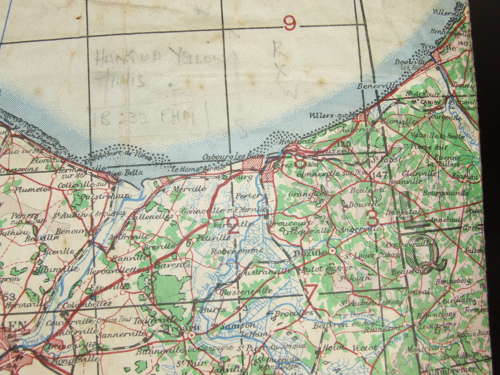 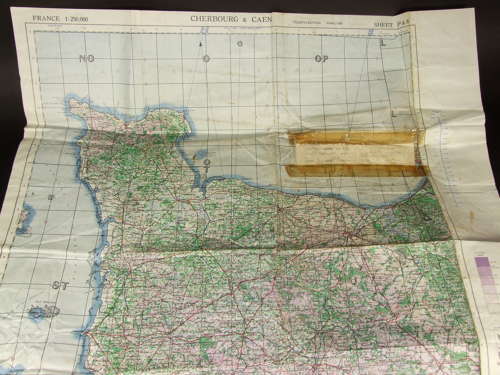 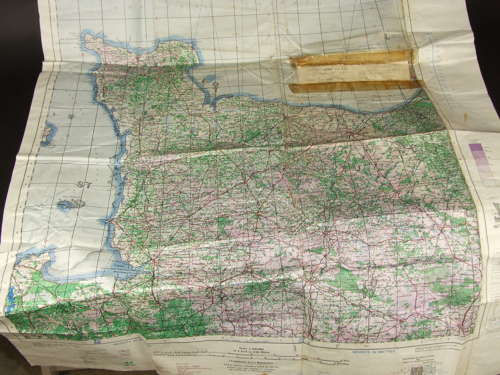 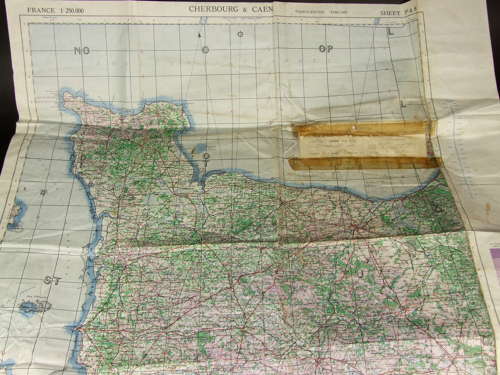 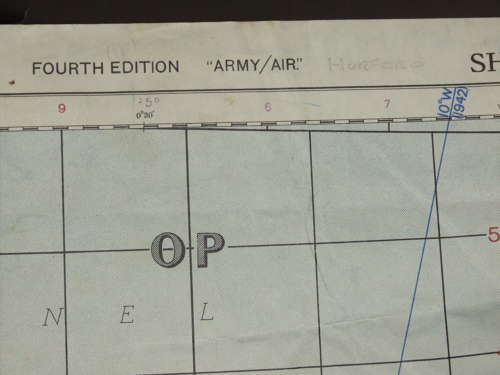 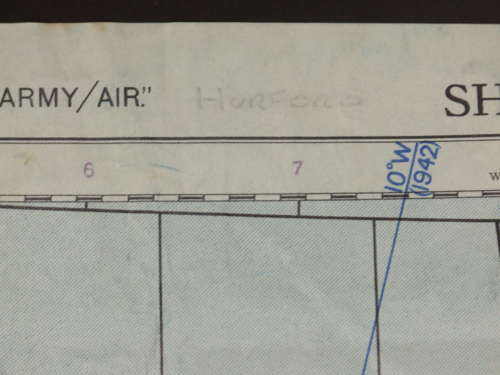 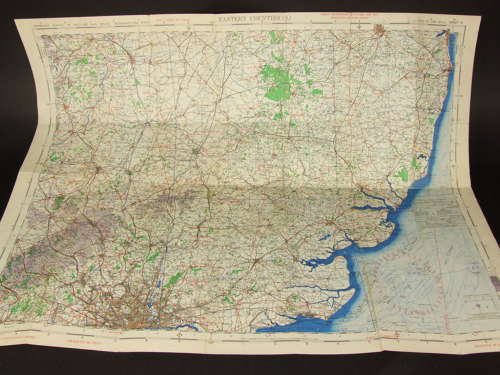 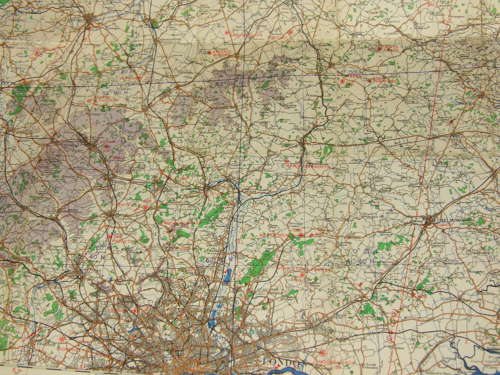 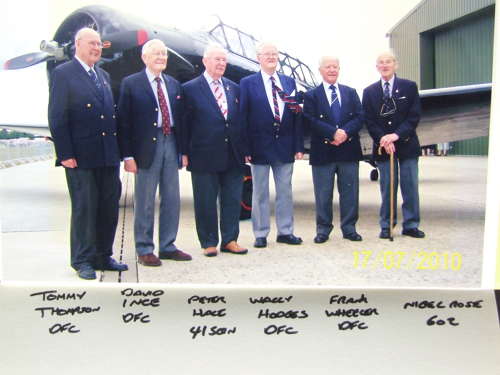 A rare example of a 1943 dated Air Ministry Map covering Northern France. Not a rare map to find, but rare because of its use by A Tactical Reconnaissance Mustang Pilot, trained in Artillery and Naval Bombardment as well as Tac R in support of troops post D Day 1944 and bearing numerous annotations to that effect.

David Hurford was commissioned into the Army as a 2nd Lt in the Royal Armoured Corps but was seconded to the RAF for Army Liaison before getting a commission in the RAF. He was training alongside David Ince, another Army officer who transferred to the RAF, who eventually avoided Tac R and he ended up flying the Hawker Typhoon. David Ince mentions David Hurford and them both flying Tac R training in Hawker Hurricanes in his book, a copy of which is included with the map. David Hurford was promoted from Plt Off to war substantive Flg Officer in February of 1943. He was posted in to 268 Squadron on June 24th of 1944.

For D-Day, 6 June 1944, the squadron initially operated providing naval gunnery spotting and direction for units of the Home Fleet bombarding enemy defences operating out of RNAS Lee-on-Solent, and then later in the day switched to tactical reconnaissance searching out enemy reinforcements and units in the area behind the beachhead, with sorties late in the evening as far east as the western outskirts of Paris. The squadron suffered one recorded loss on D-Day, a pilot who was returning to base with aircraft engine problems went missing over the Channel. The tactical reconnaissance role in support of the invading Allied armies, and primarily the First Canadian Army, was to continue as the main role for the squadron for the remainder of the war.

David Hurford flew his first sortie with 268 in Mustang !a FD476 on the 12th July 1944 on a Tac R mission and then is airborne pretty much every day after this in support of the Canadian troops. He is still operational with 268 on the continent in September of 1944 but no further research has been done on how long Hurford flew with 268 and what scrapes he got into.

The map itself is folded for use in the cockpit of the Mustang and taped to it are callsigns of artillery units he may have worked with.

The Map is in very good folded condition as is the book and the Eastern Counties map of the same period.

A rare survivor of the important part played by the RAF and the Reconnaissance pilots in the immediate aftermath of the landings.