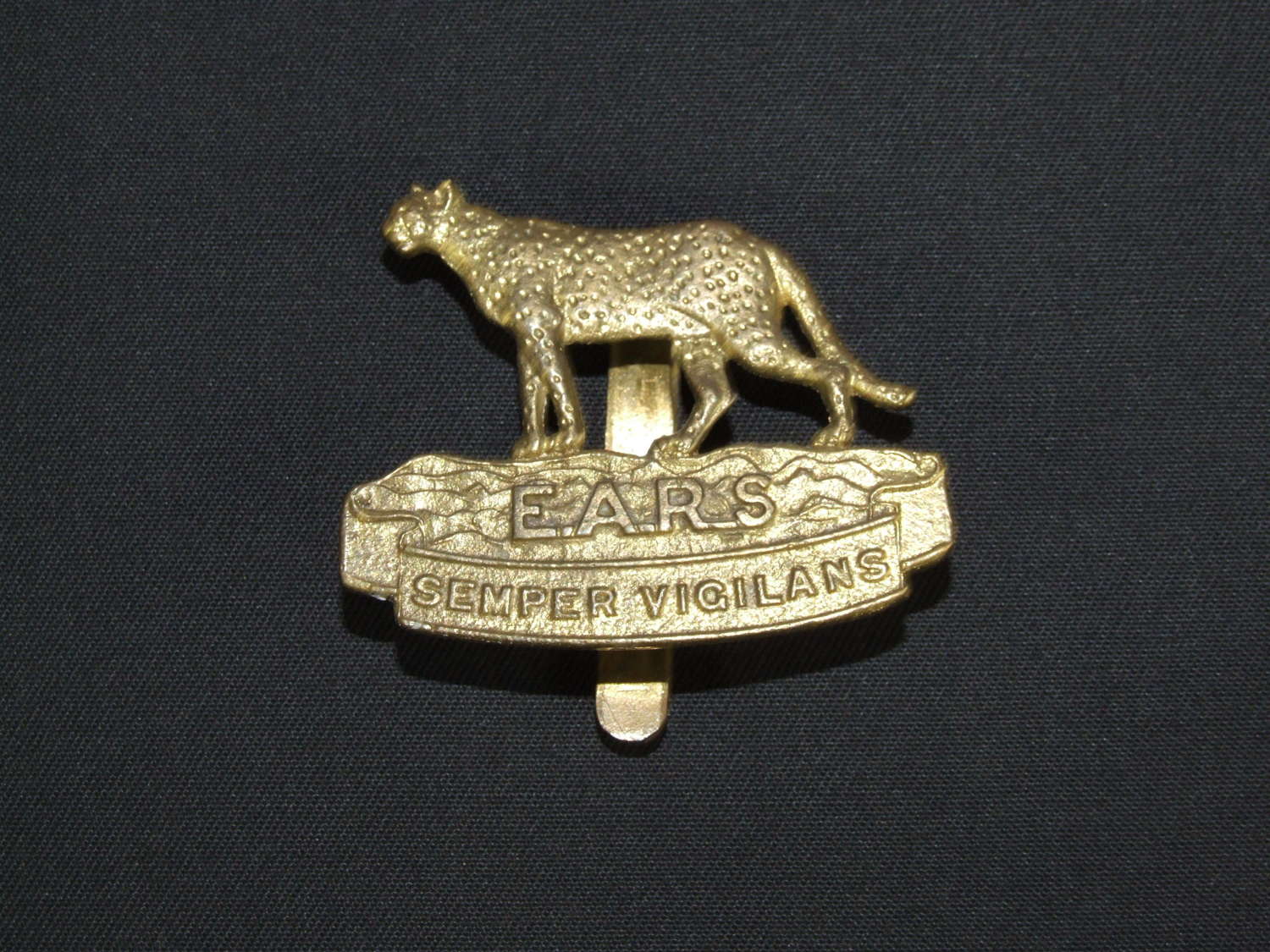 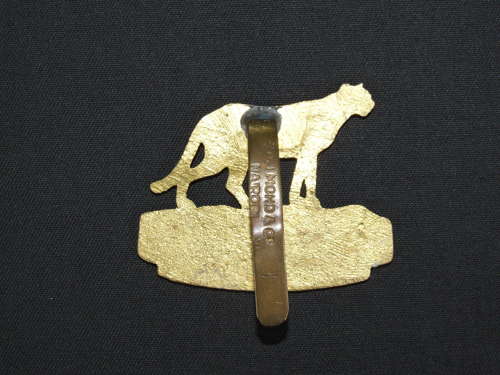 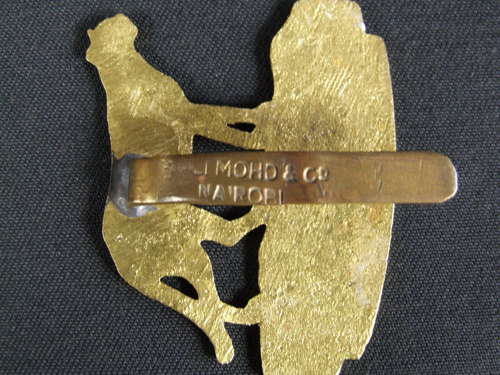 Rather crude in construction the badge is cast in brass with a slider soldered to the back the slider impressed WA- IMOHD & Co. NAIROBI

At the outbreak of World War Two in September 1939, it was decided that information was needed on Italian activities on the borders between Kenya and Abyssinia/Italian Somalia. A scout platoon of fourteen Kenyan settlers was therefore set up to undertake patrol and reconnaissance work. The platoon was later transferred to Nairobi, where it formed the nucleus of the East African Reconnaissance Squadron, comprising HQ and four troops. When Italy finally declared war, the troops were sent to patrol the Northern Frontier District, Kenya with bases at Wajir and Garissa. Engineers in Nairobi constructed armoured vehicles for the squadron. Subsequently, its name was altered to the East African Armoured Car Regiment.