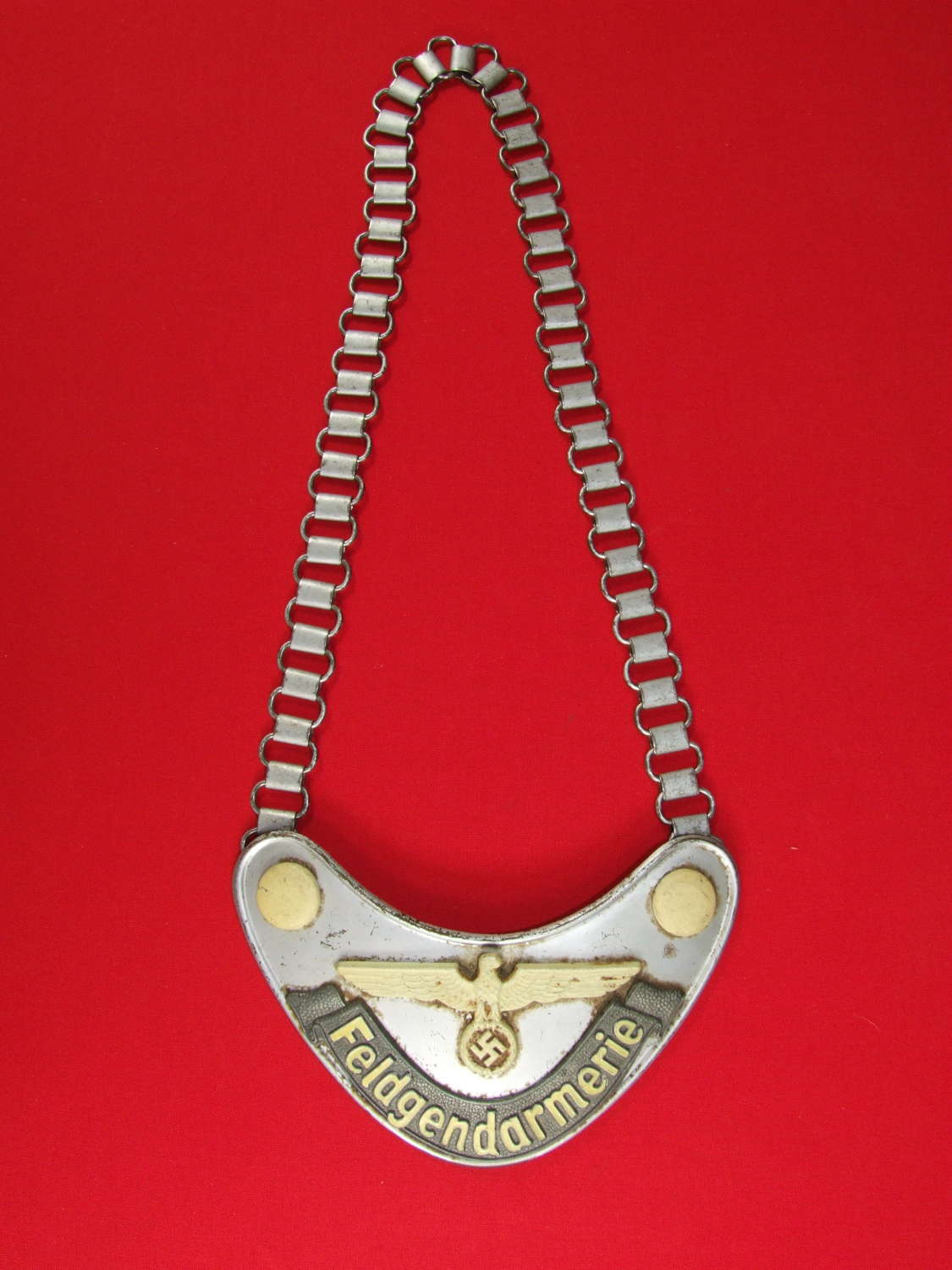 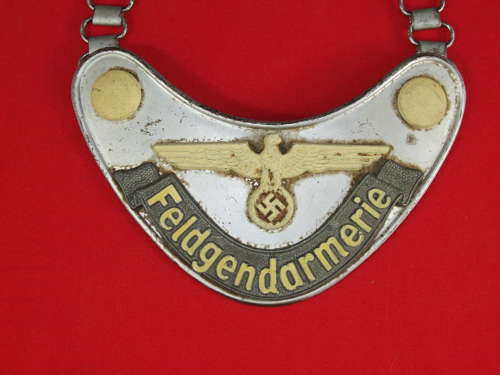 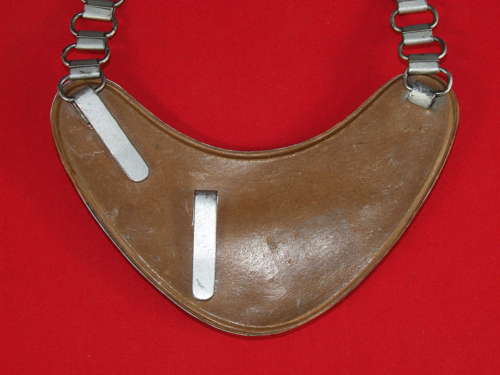 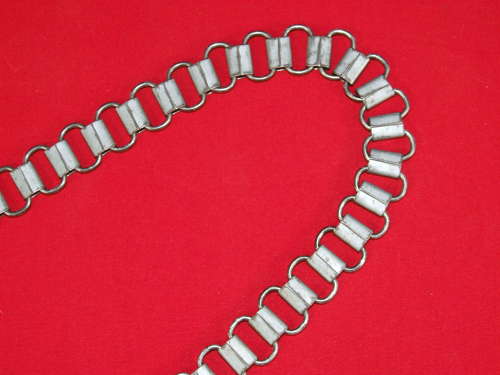 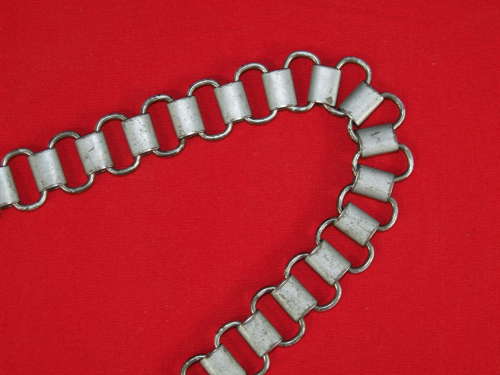 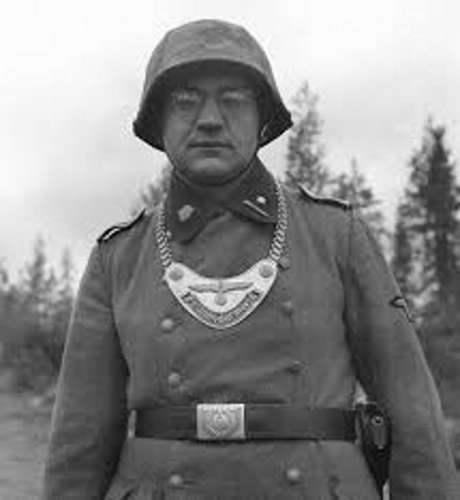 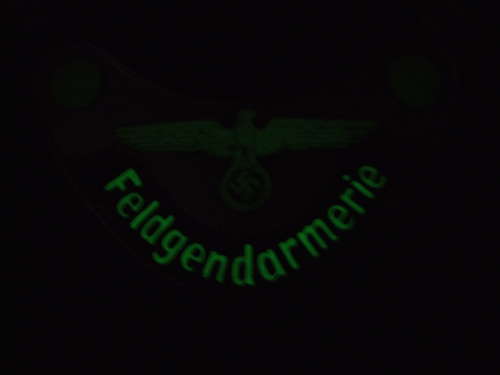 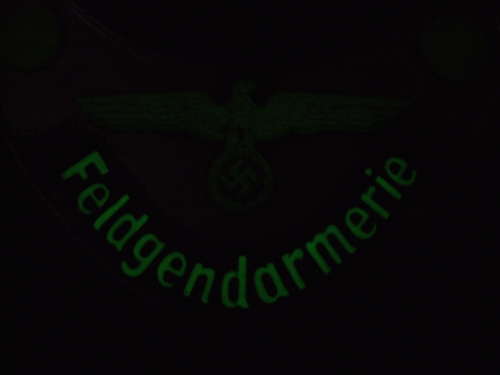 A very good service used example of a Feldgendarmerie Gorget worn not only by the Army but also by the Waffen SS.

Constructed in magnetic sheet metal in five parts and with a full length 41 piece link chain, both Gorget and chain are in very good service used condition with some light surface rusting formed around the fittings.

The reverse has pressed cardboard fibre fitted to shape along with an extra tab for slipping into a buttonhole.

The Eagle, scroll and buttons are washed with a luminous paint which still glow somewhat when exposed to light.

These Gorgets first appeared in 1938 and were worn at all times while on duty except when combat operations made this impossible.