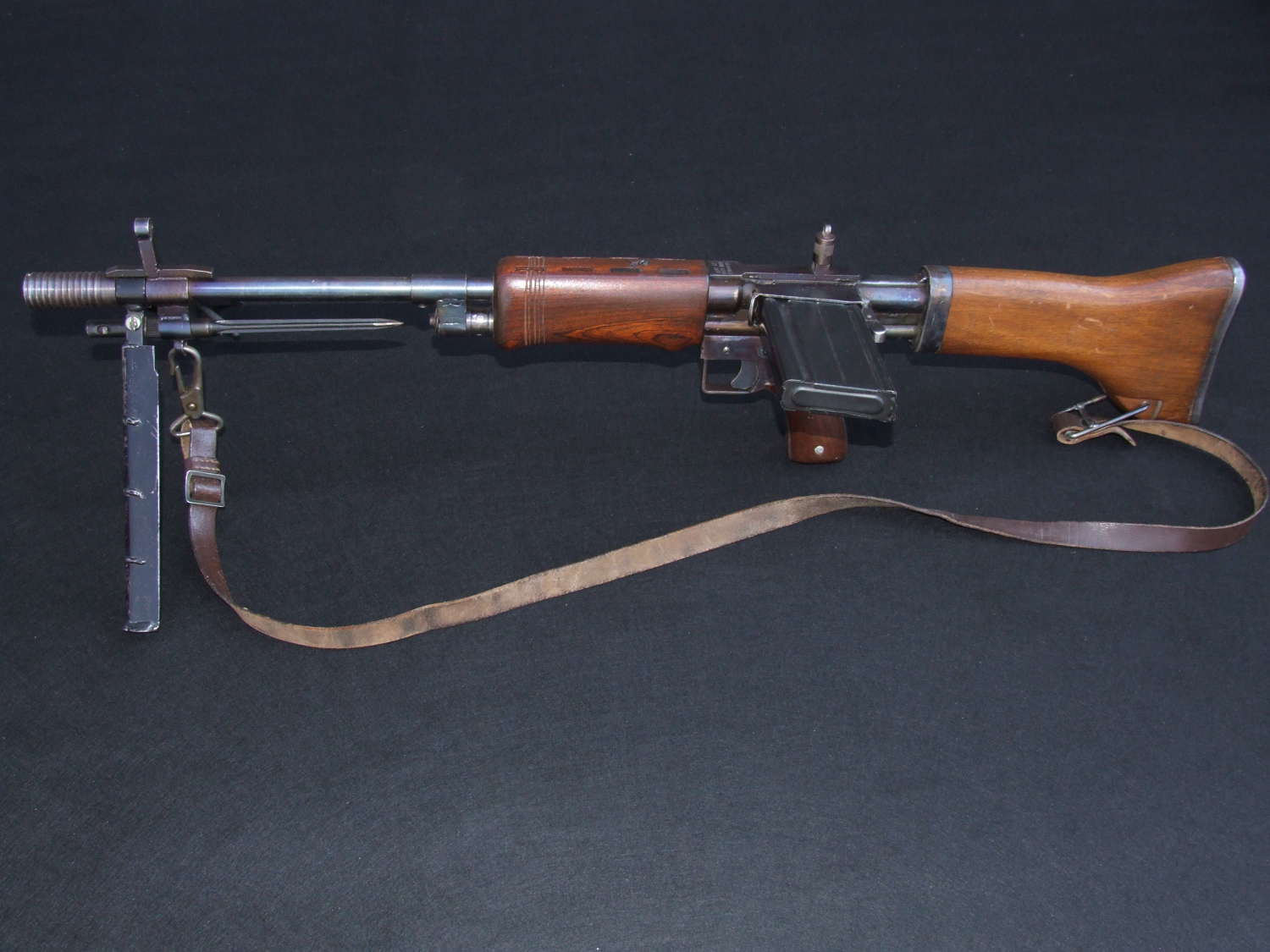 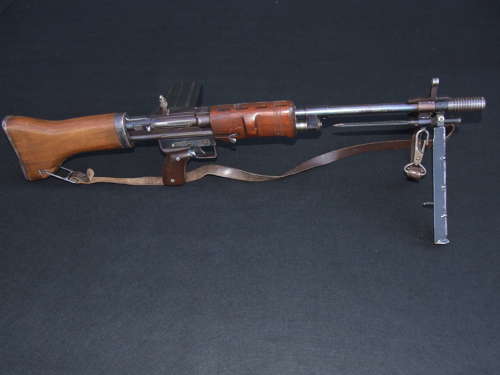 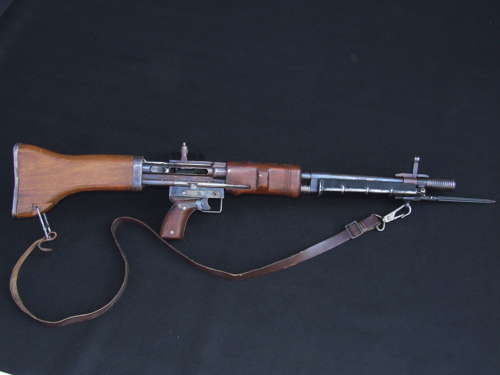 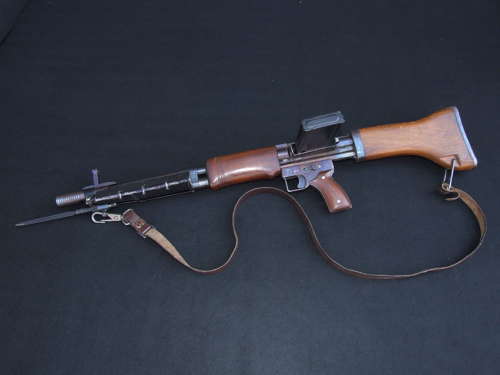 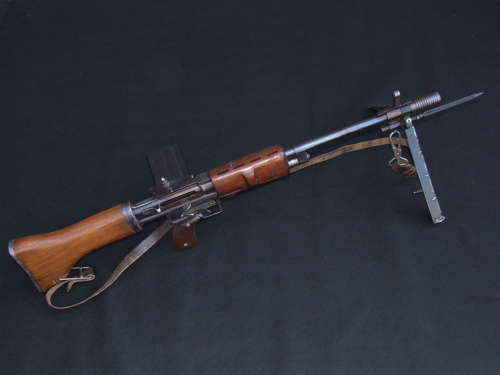 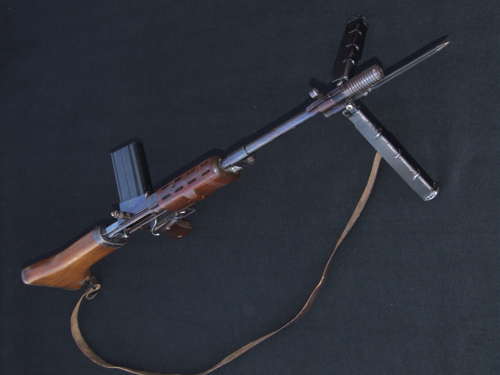 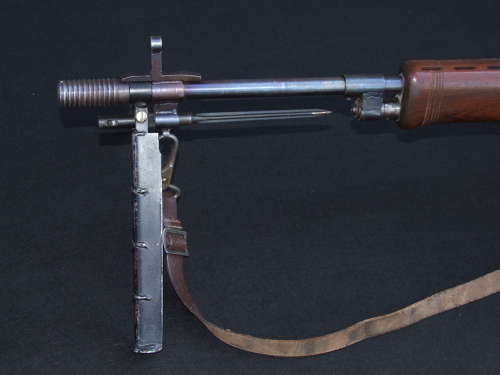 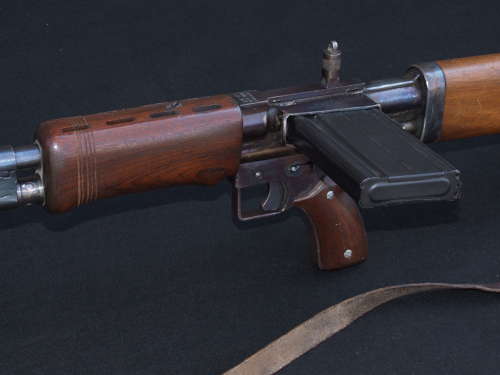 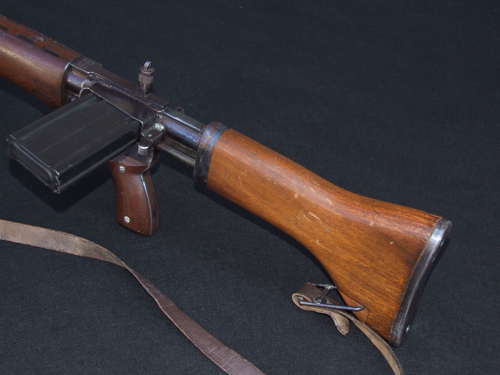 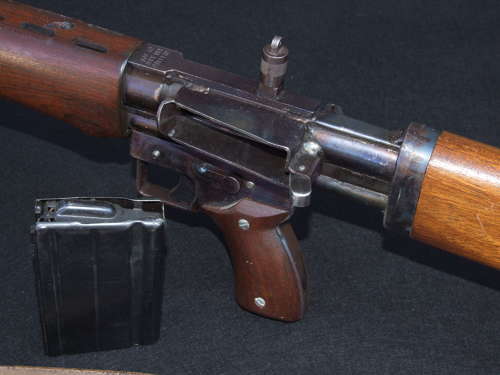 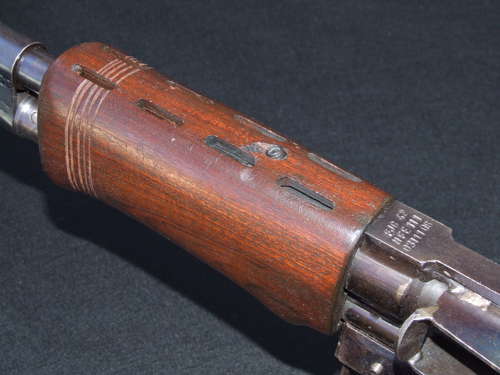 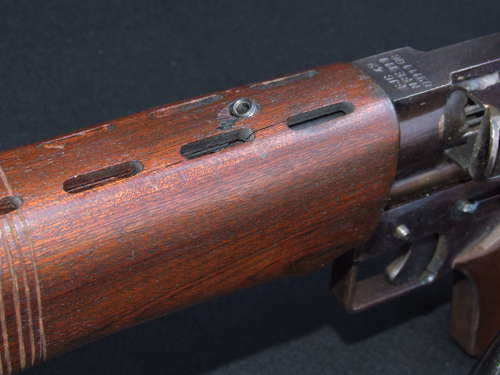 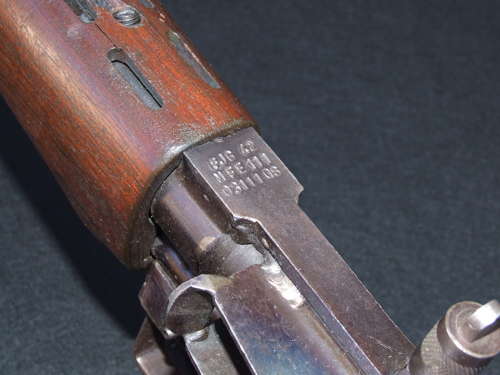 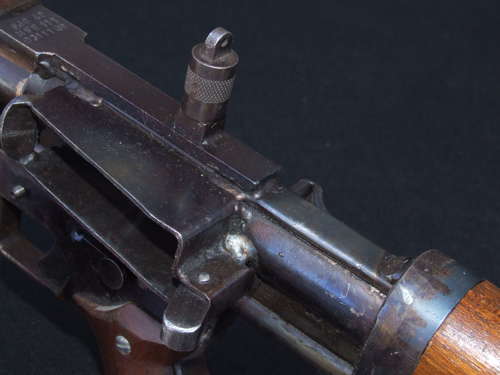 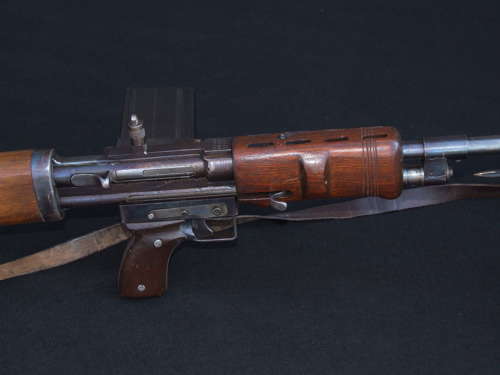 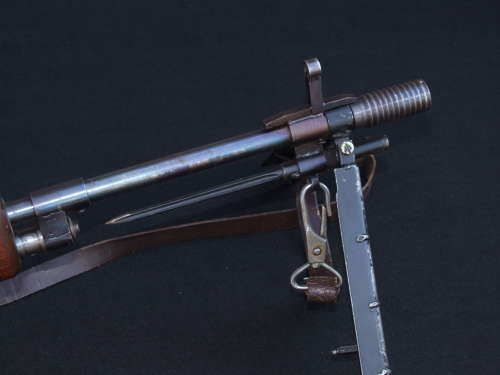 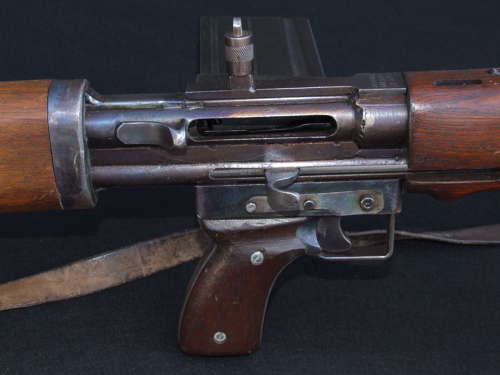 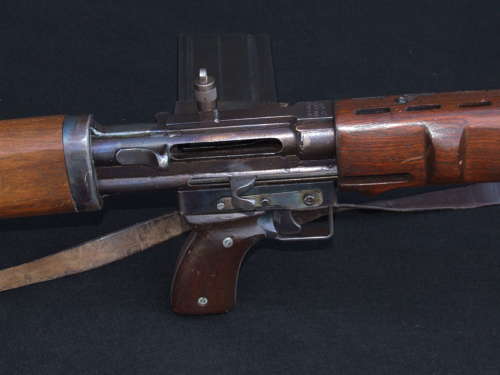 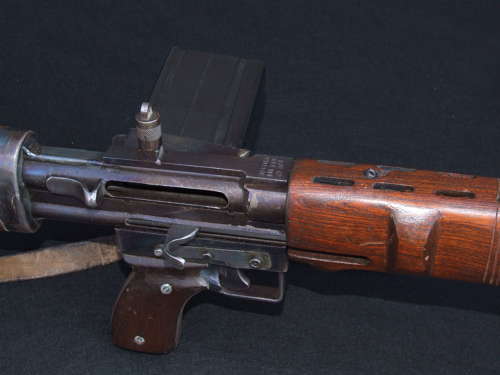 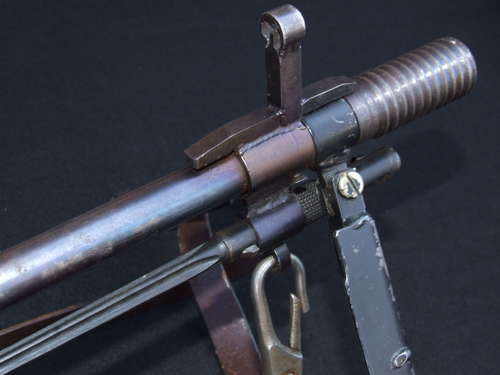 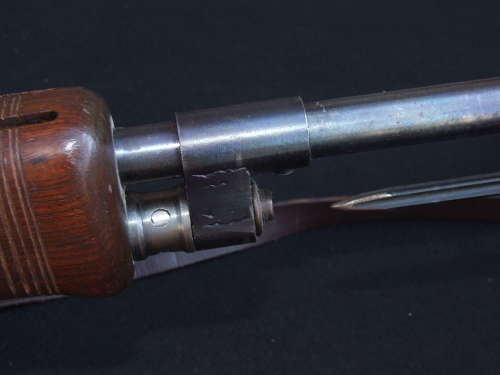 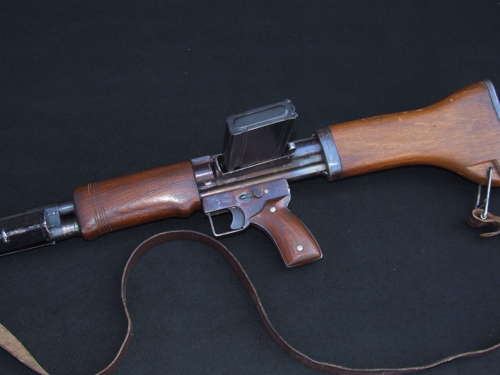 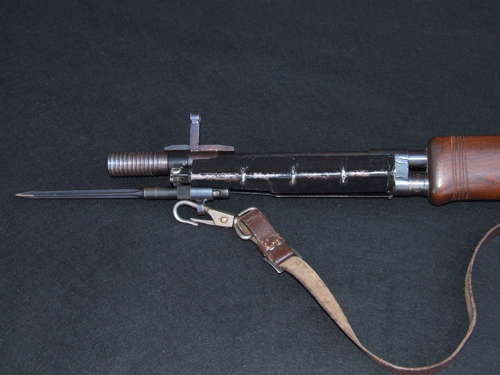 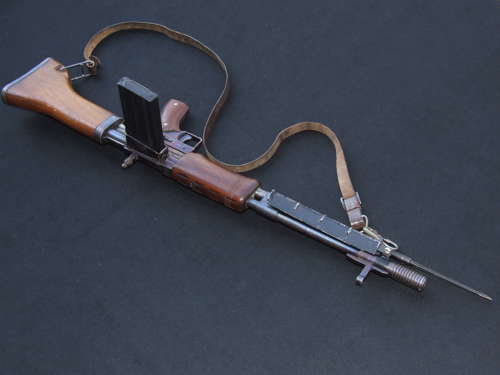 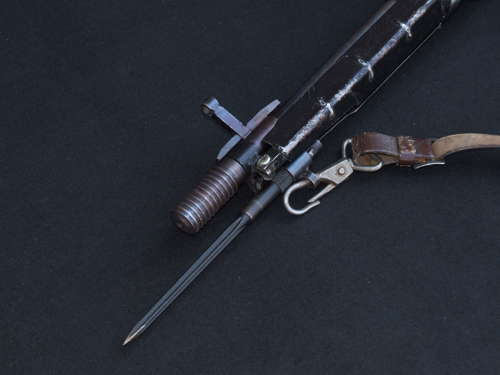 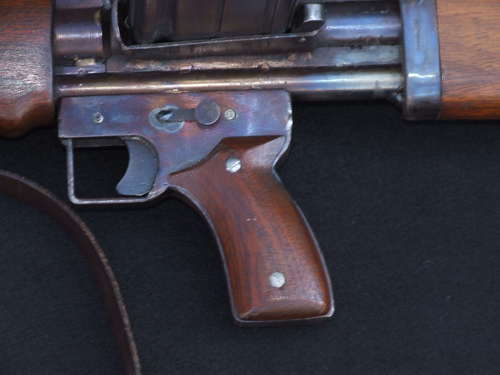 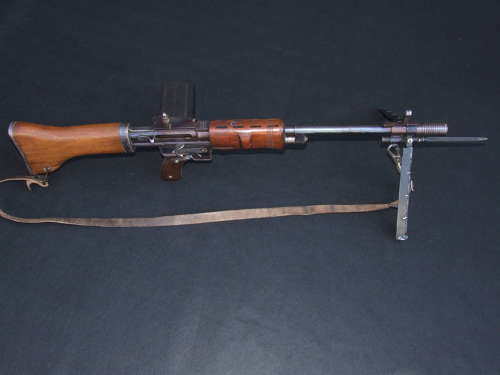 Produced I believe in the UK primarily for film work and being one of only 12 made, this metal and wood representation of the famous Fallschirmjager FG42 assault rifle is a top venting blank firer using 7.62 blank cartridges.

This non gun cannot be made to fire live rounds and is quite legal for sale in the UK. It employs an SLR magazine, cocks and dry fires. Some parts such as the sights and auto select lever do not move but the bipod folds and the bayonet can be removed from it’s stowage and fitted in position.

Complete with a leather carrying sling it can be shipped only within the UK only.

Whilst designed as a blank firer this piece is sold as a display piece only and must not be used to fire blanks until inspected and approved for the use of blanks by a suitable authority.

Available to those in the UK only to those of 18 years or above and who meet the following criteria: