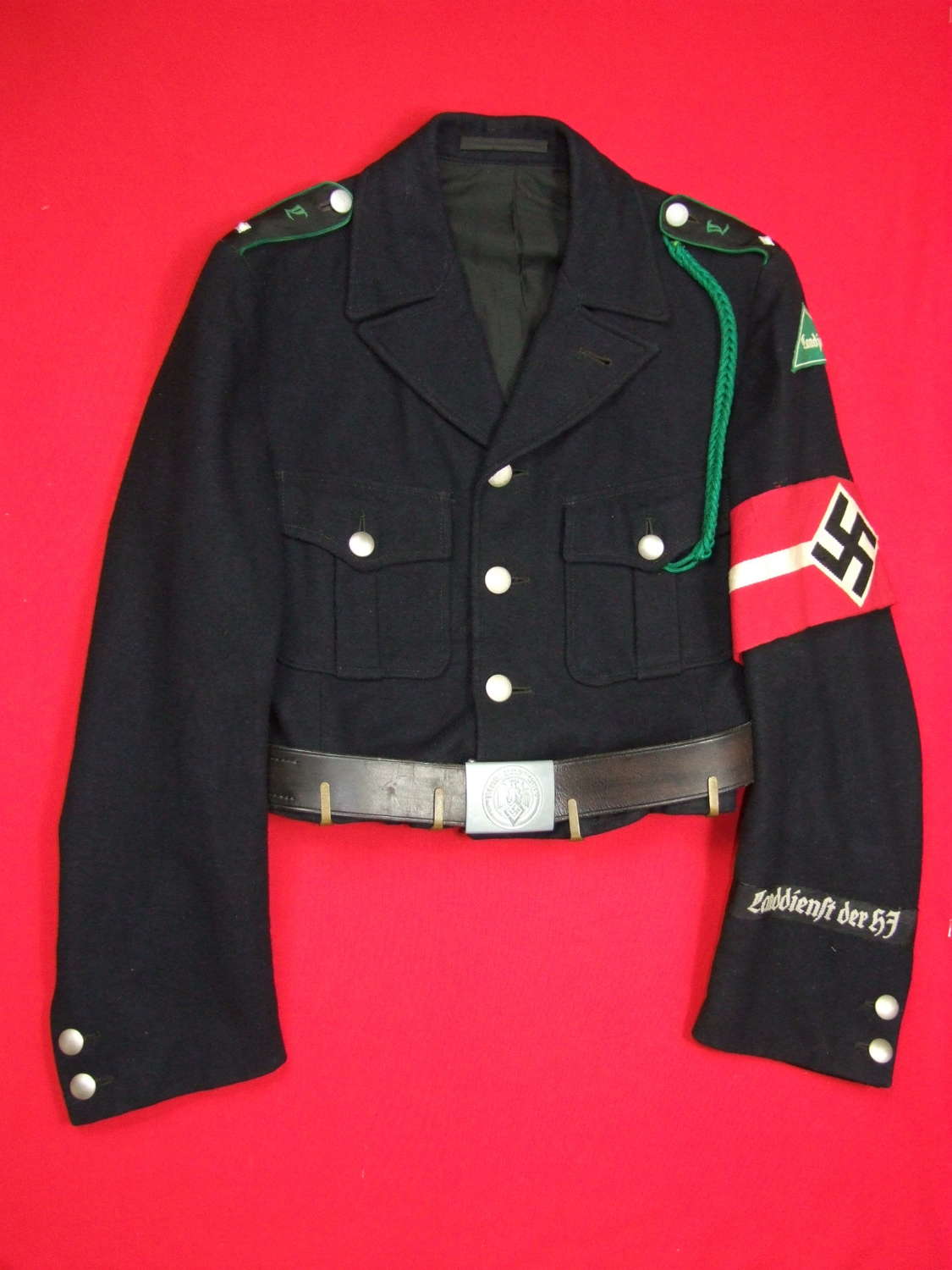 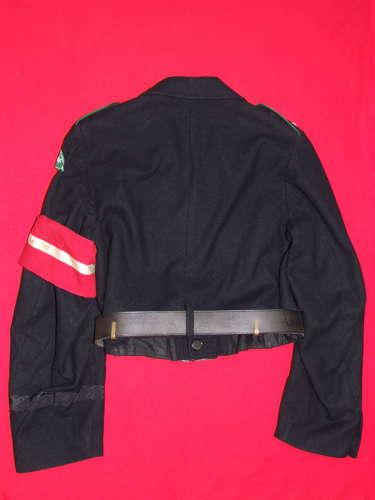 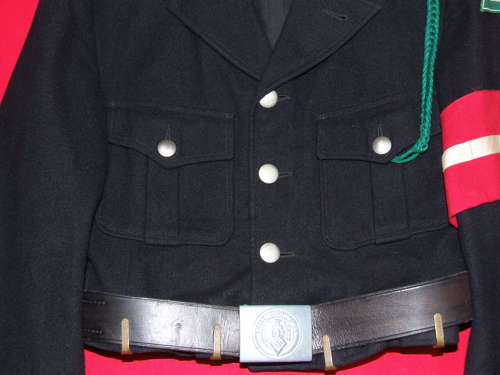 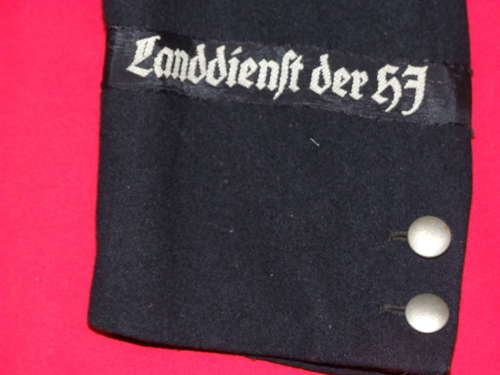 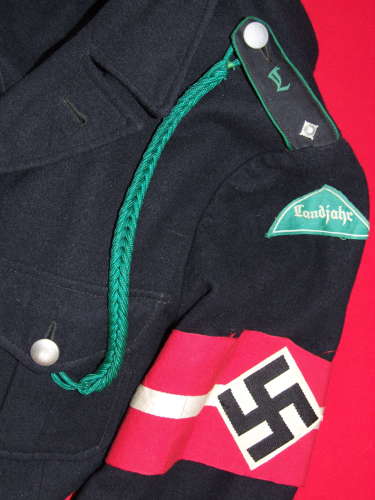 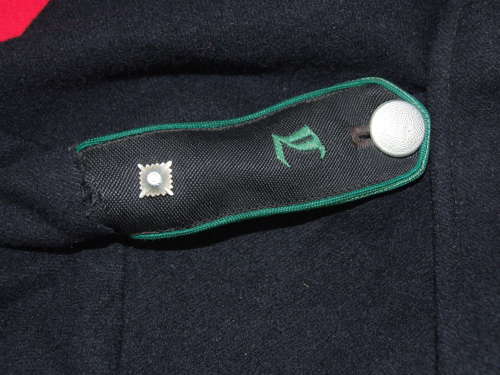 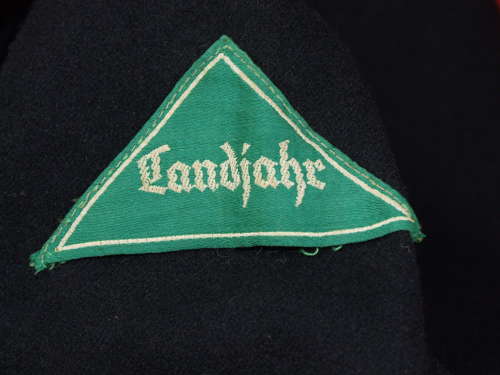 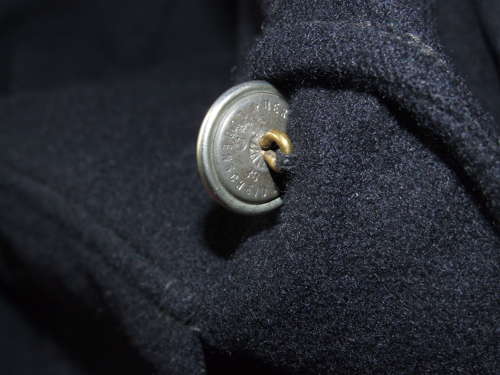 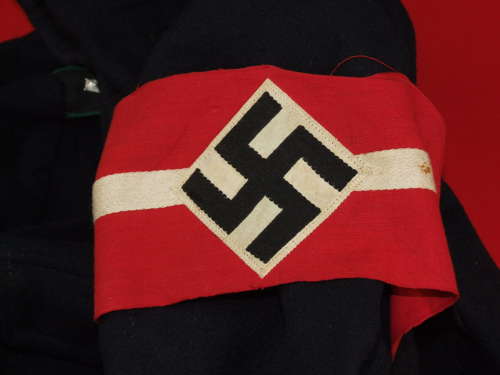 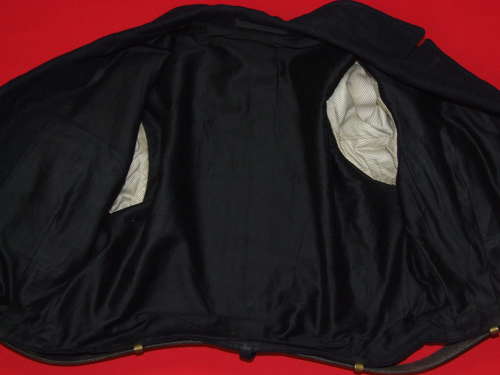 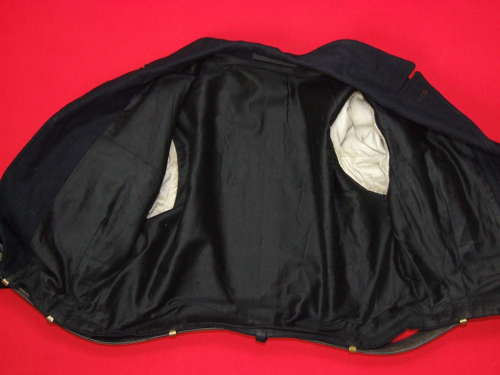 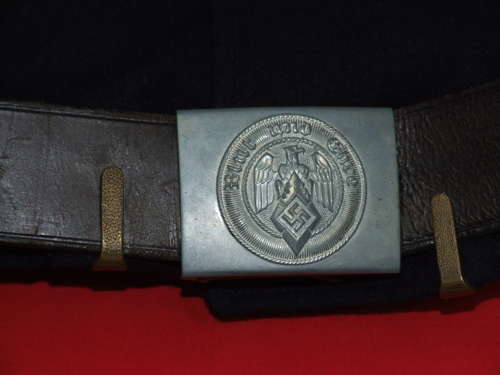 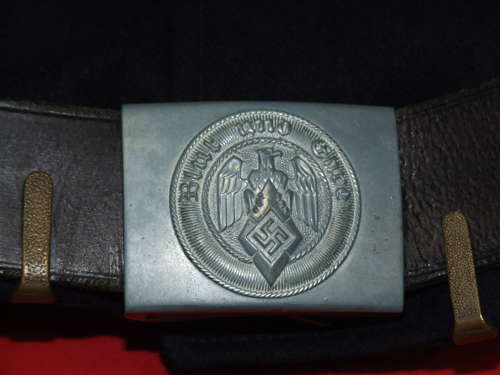 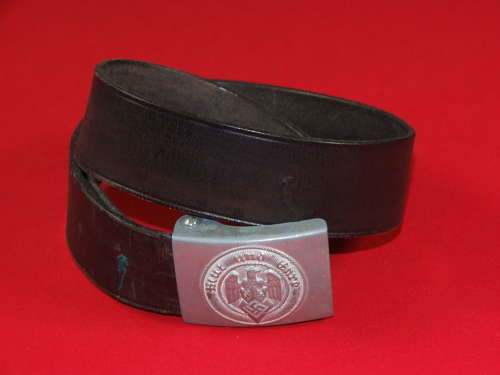 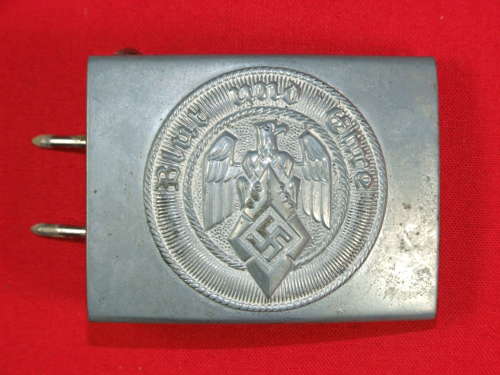 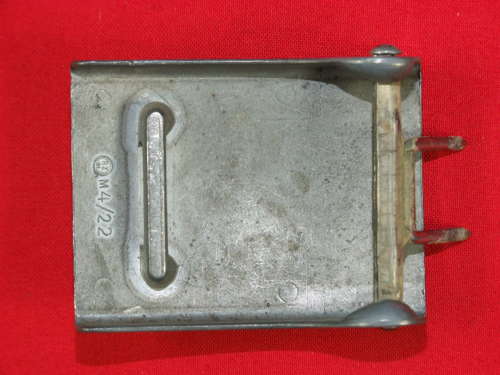 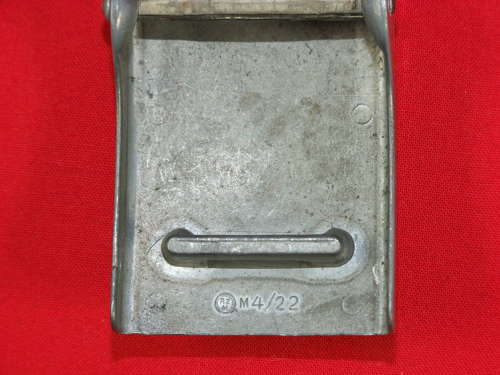 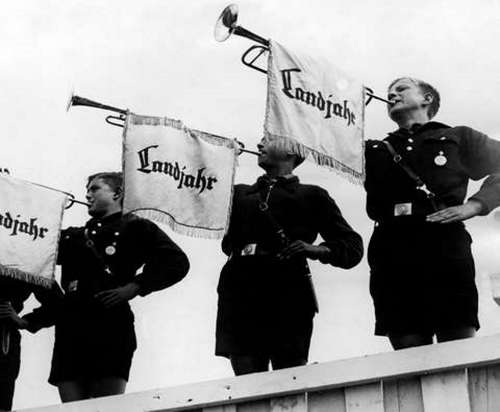 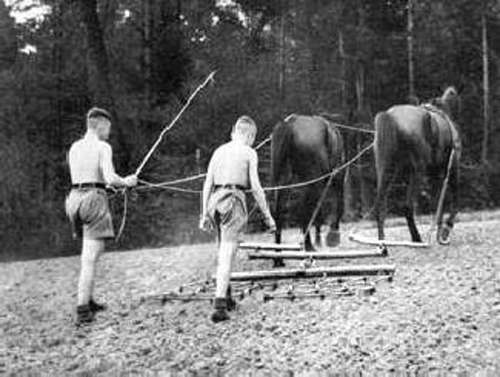 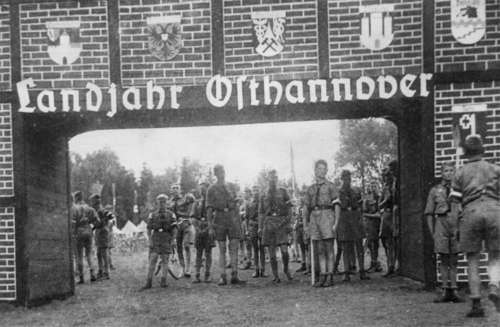 A very good example of the short Hitler Youth Jacket or Blouse, in this case to a member of the Landjahr / Landdienst.

Constructed in in a blue/ black wool, the Jacket has two peated patch pockets, the flaps closed by a single silver washed pebbled button dated 1938 and matching the three front closure buttons below the lay flat collar and the double buttons to each cuff. The Jacket or Blouse is in very good condition and free from moth.

On the cuff of the left sleeve is a Landdienst der HJ cuff title with a HJ Swastika Armband and a Green Landjahr triangle above.

At each shoulder are the green piped Landhajr shoulder straps to a Kameradschaftsfuhrer (Corporal) with a Green Lanyard positioned from the left shoulder strap to the left pocket.

HJ boys and BDM girls completing their primary education had the opportunity to worked on farms. The program was called Landjahr, meaning land or country year.  Another associated term was Landdienst or country service, the name of the program within the HJ organization. There was considerable support for the concerns that created the Bund der Artamenen within the NAZI Party. As a result, the NAZIs decided not only to continue the program, but to expand it. The NAZIs at Gustrow in Mecklenburg changed the name of the Bund der Artamenen to the Landdienst and incorporated it into the Hitler Jugend organization (1934). It thus became the Landdienst der Hitler Jugend or the Hitler Youth country service program. The Landdienst thus sought to give city boys the opportunity to work on farms for a year. It was hoped that this would imbue these youth with a love of the land with the hope that some would become farmers. The Bund der Artamenen had been a program for male youths. The Landdienst decided to expand the program for females as well. Every morning they marched out to neighbouring farms who had work for them.