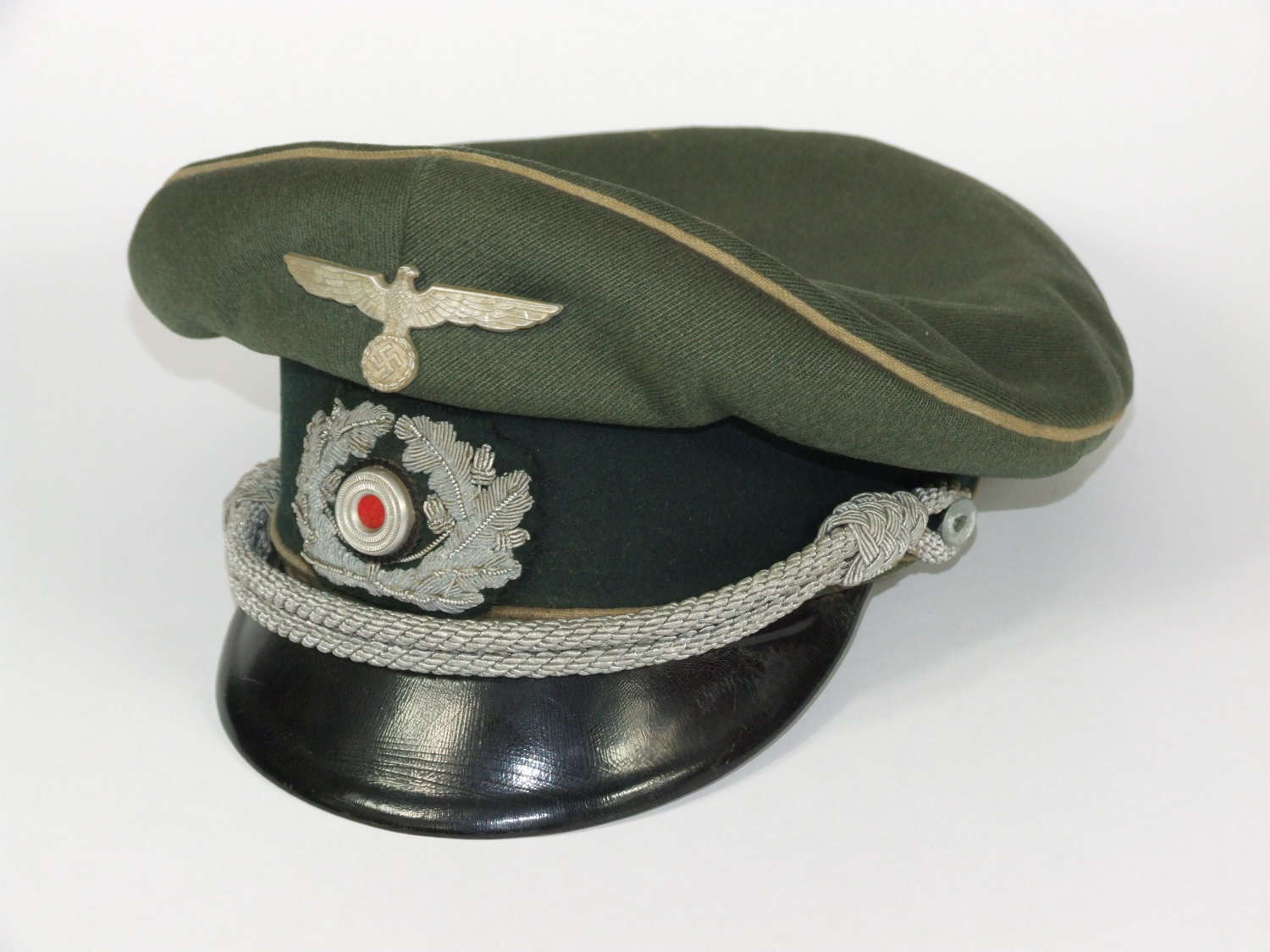 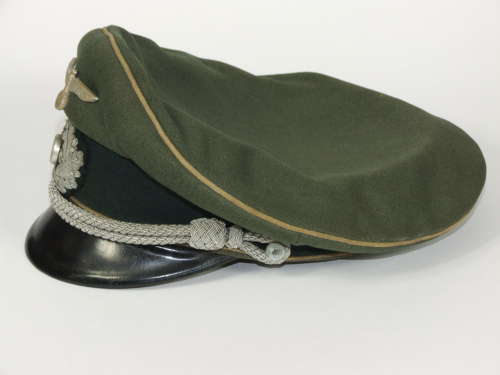 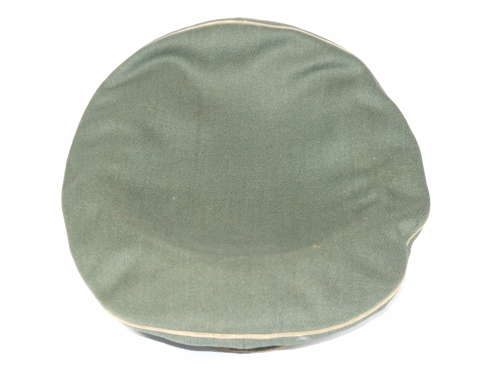 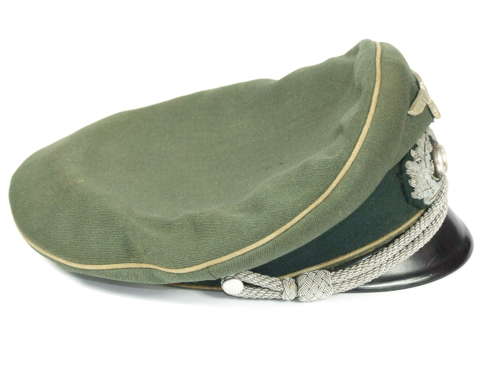 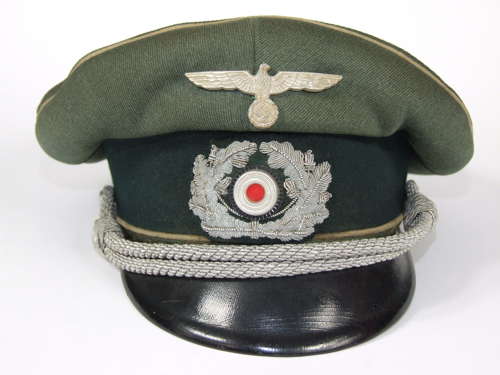 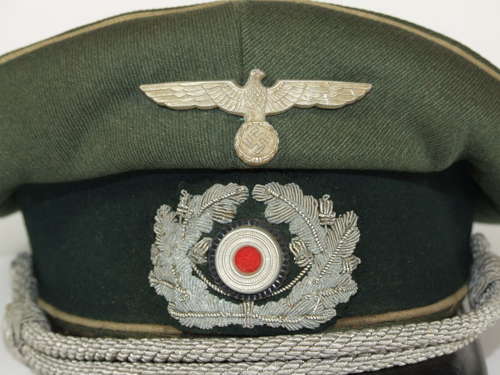 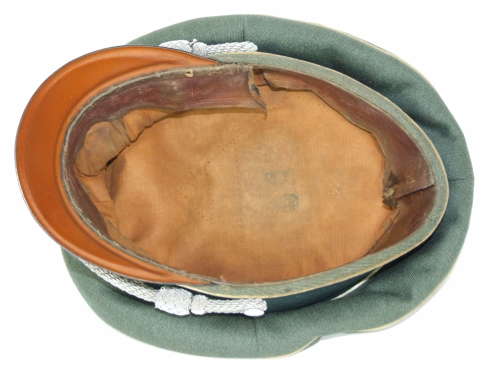 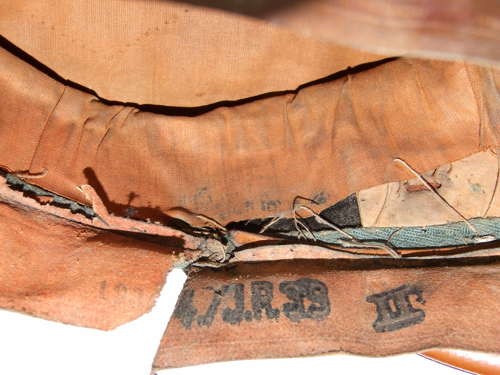 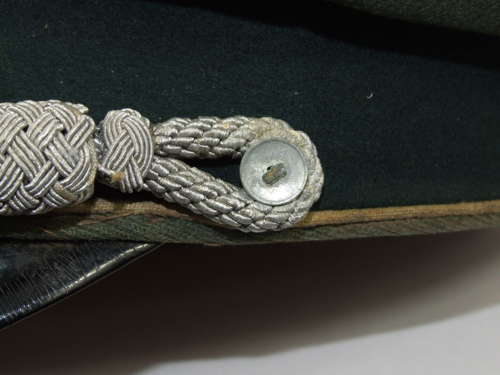 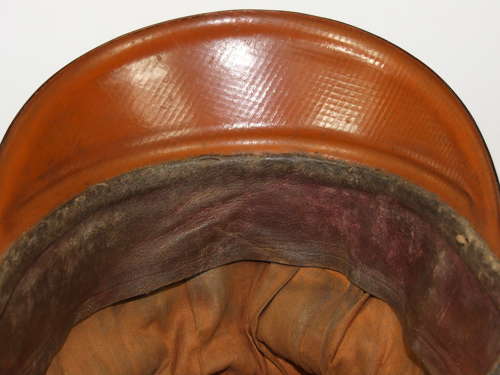 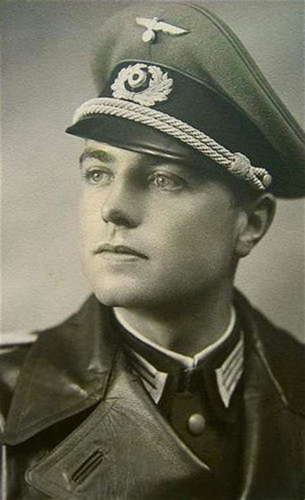 The piping is the white of the infantry with the green felt hatband displaying a hand embroidered cockade in silver bullion with aluminium rosette, above which sits an eagle and Swastika in aluminium.

The Officer’s silver wire chin cord is in place, held by the usual two buttons, one of which has the cap missing. Below the chin cord is the black vulkanfibre peak or visor, the underside of which is beige with a moulded grip pattern.

Inside, the rust coloured lining is again without damage but missing it’s sweat protector and marked 56.

The leather sweatband is present and secure, with one vertical split on the left side. Turning back the sweatband reveals a date, 193? and importantly the ink stamps, 14/J.R.39.11. showing that this was a privately purchased Cap marked by regiment as acceptable for wear.

The 39th Infantry Division existed for a little over 15 months. Reduced to battle group size by October 1943 in fighting during the Battle of the Dnieper on the Eastern Front, it was disbanded in November 1943.