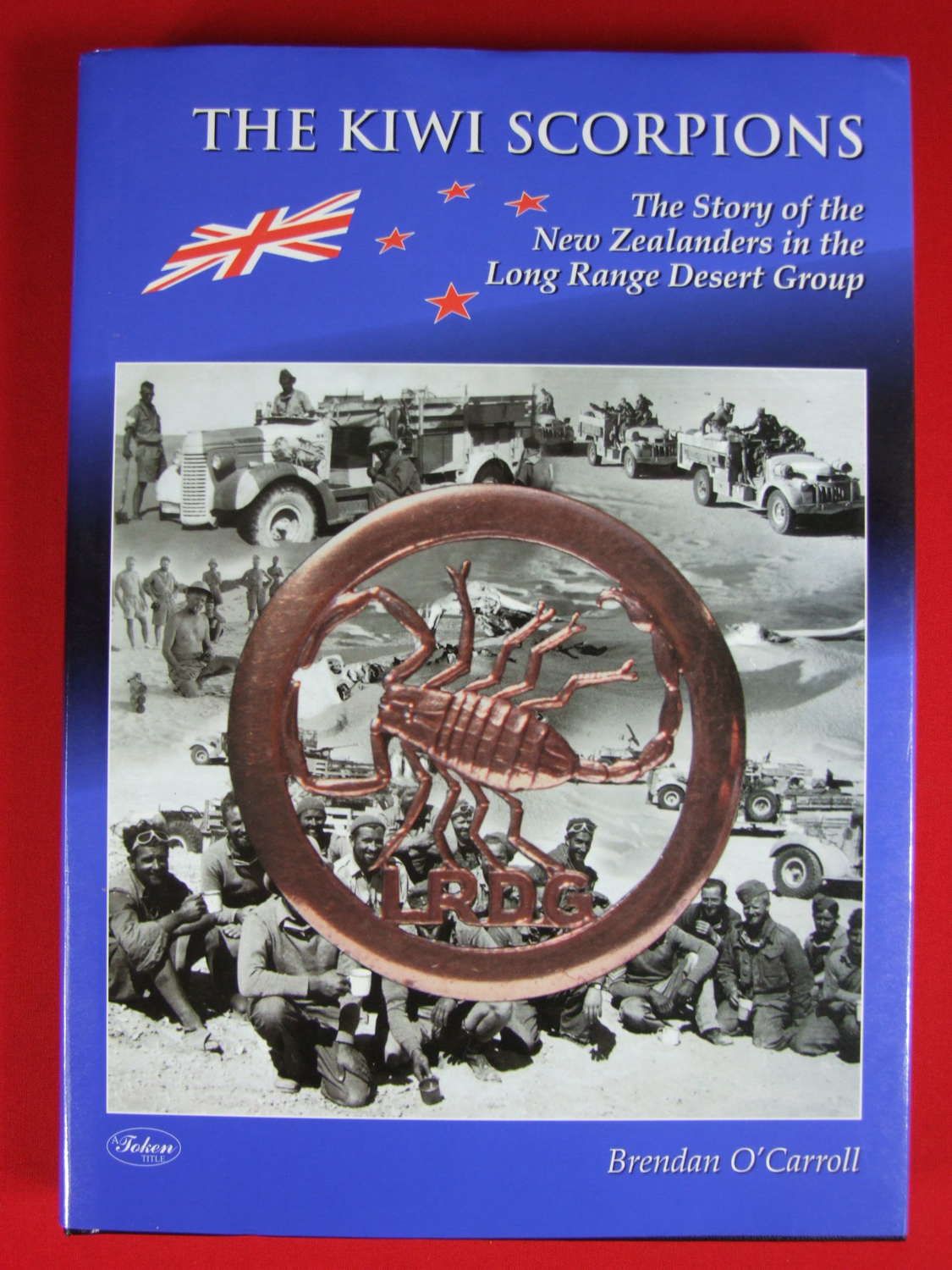 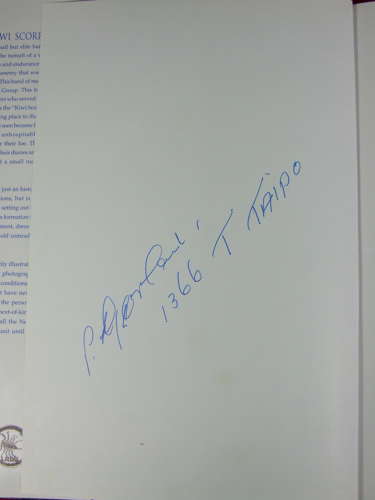 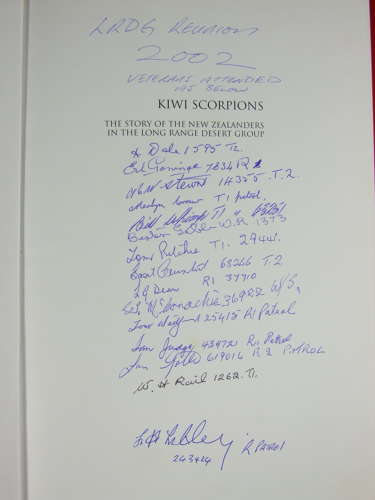 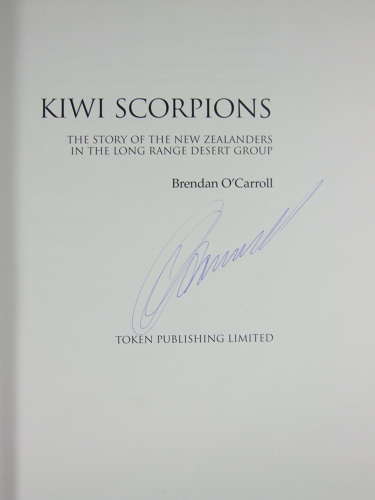 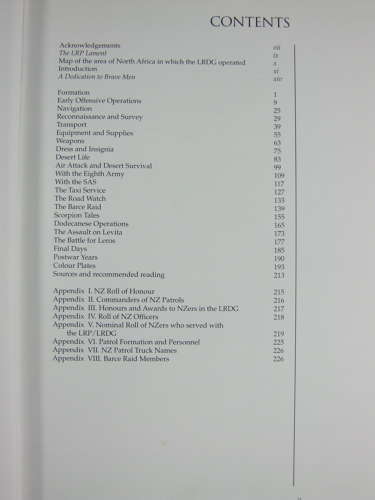 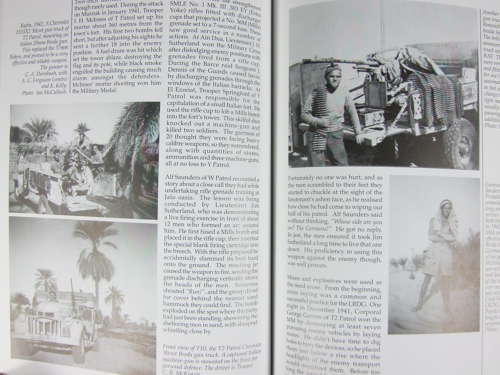 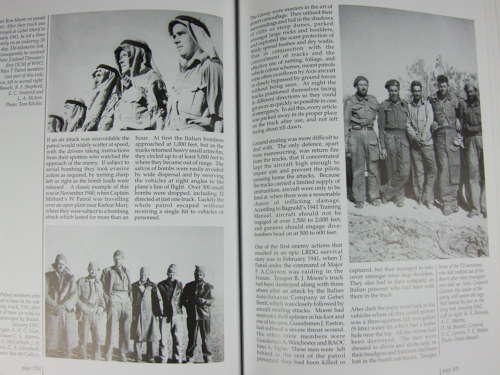 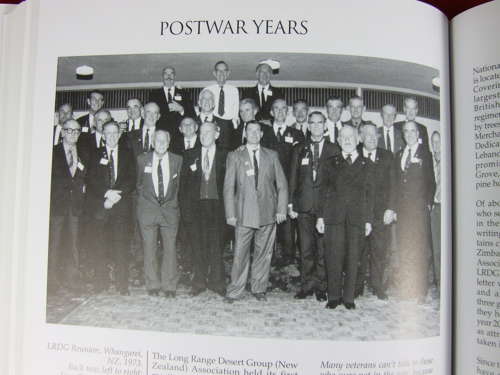 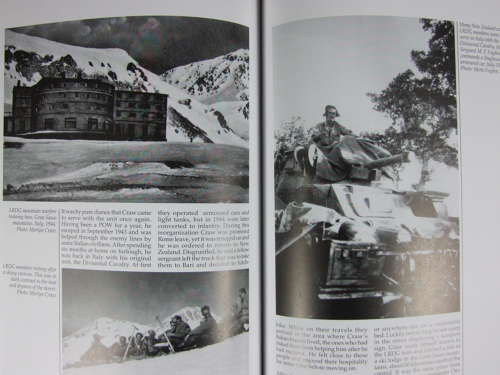 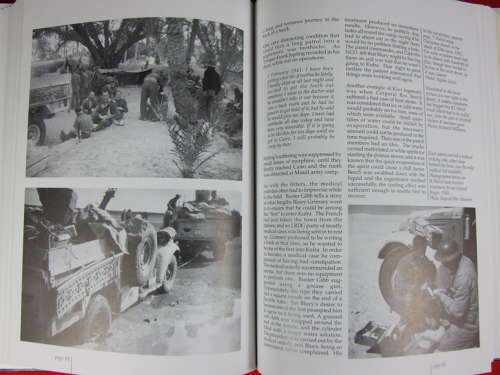 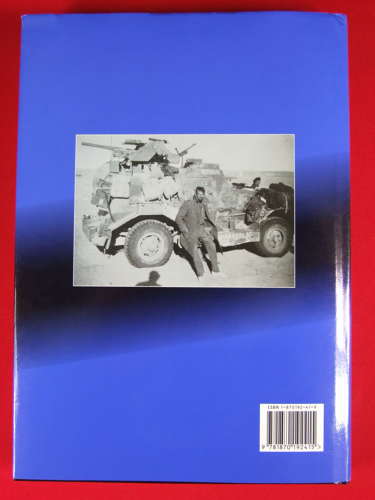 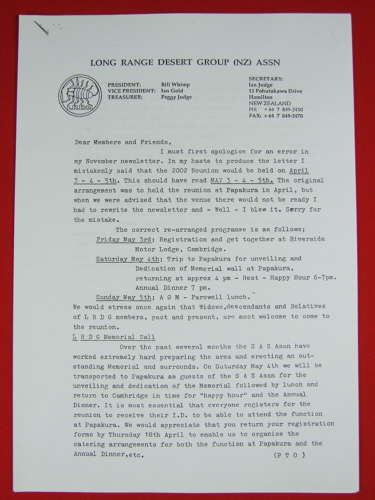 Although a rare book in itself what makes this copy exceptional are the signatures of 16 Long Range Desert Group veterans who signed the lead in page in 2002 after it’s publication in 2000. The author Brendan O’Carroll has also signed below his name.

THE KIWI SCORPIONS tells the story of a small but elite band of men brought together by the tumult of a world at war to pit their strength and endurance against a This band of men became the Long Range Desert Group. This book focuses on the New Zealanders who served with the LRDG and were known as the "Kiwi Scorpions". This is their story as retold through their diaries and from the personal recollections of a small number of surviving veterans.

This book is not just an historical account of the many brave actions, but is also an invaluable reference source setting out the many aspects of the group from its formation in 1943, its weapons, transport, equipment, dress and insignia, to the setting up of its old comrades associations and its reunions.

The book is lavishly illustrated throughout with over 200 original photographs, many of which were taken under conditions of extreme hardship and danger. Most have never been previously seen, as they are the personal property of the veterans or their next-of-kin. Also included is a complete roll of all the New Zealanders who served with the unit until its disbandment in August 1945 and a printed letter to all “Memebers and Friends” from the Long Range Desert Group (NZ) Association.