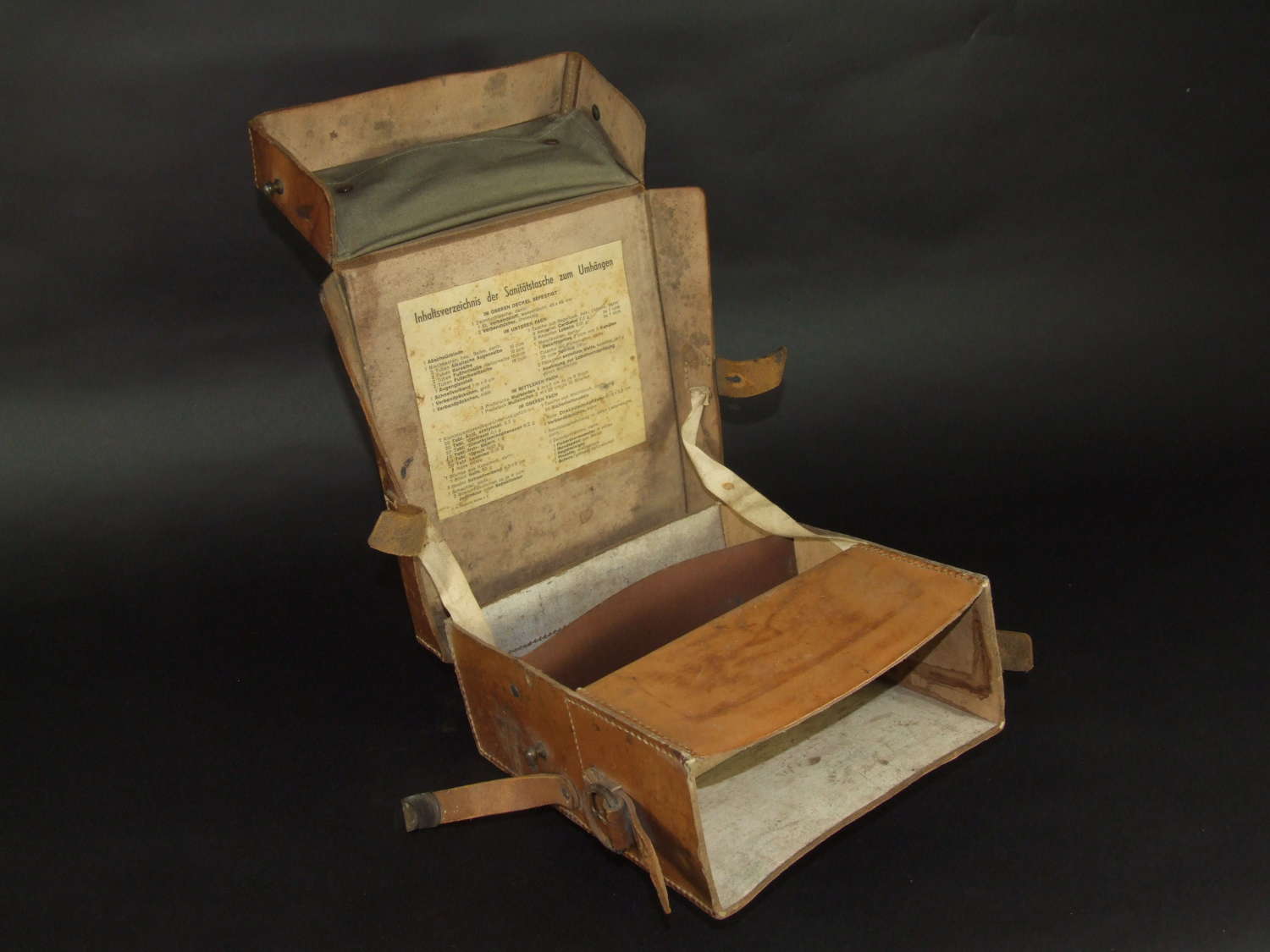 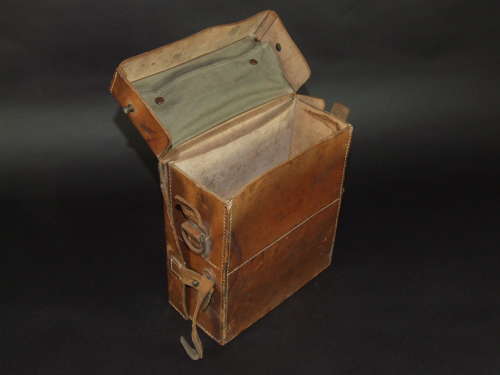 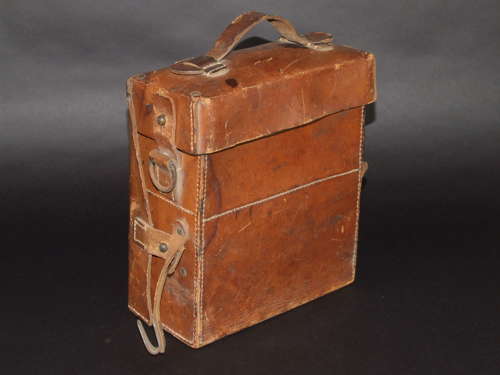 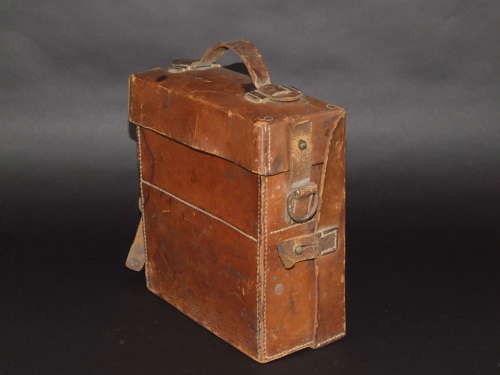 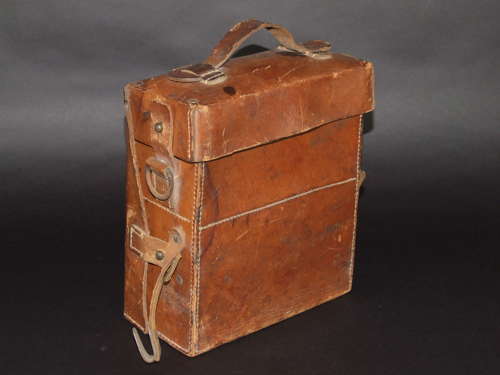 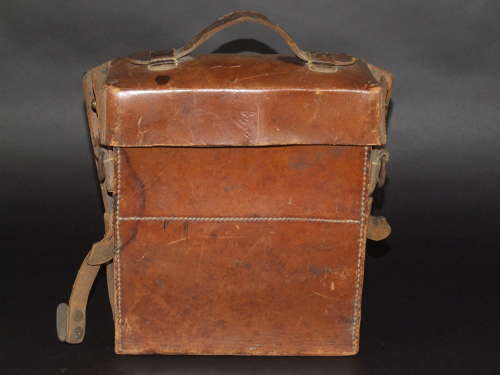 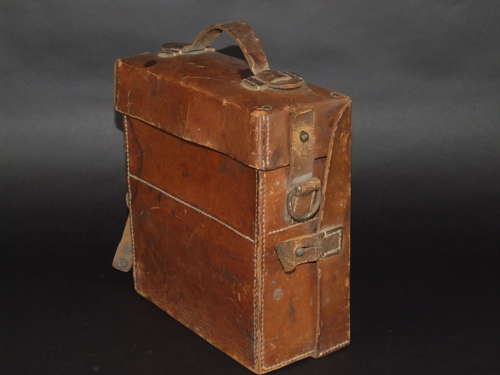 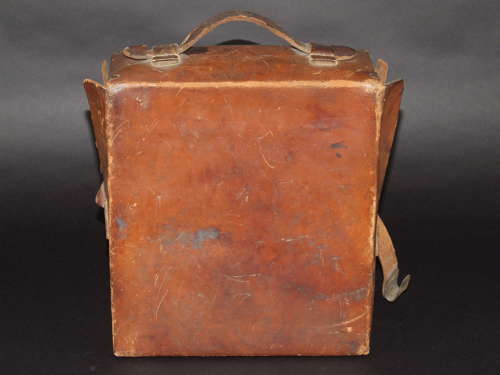 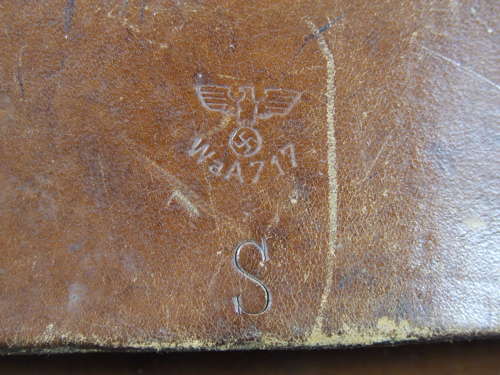 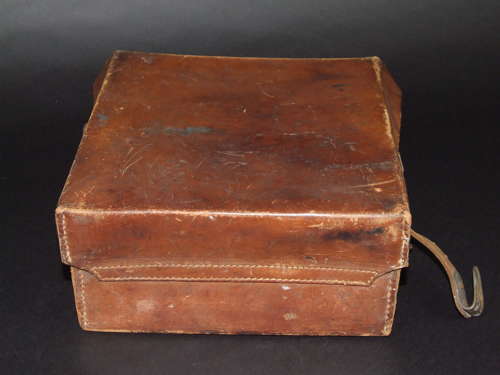 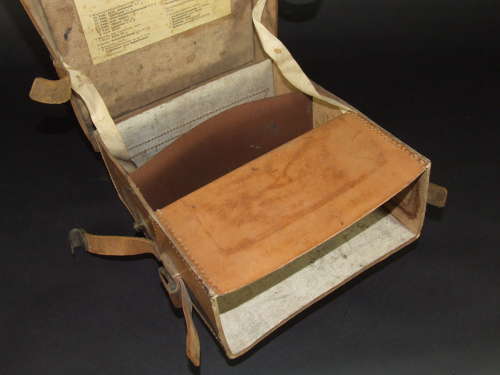 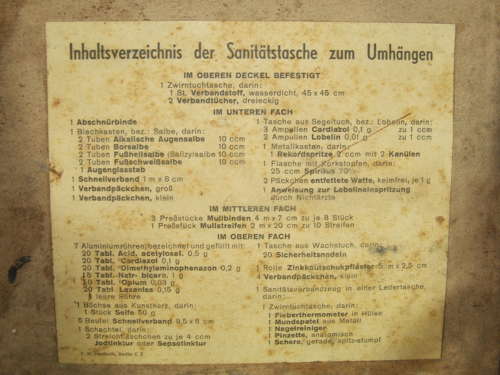 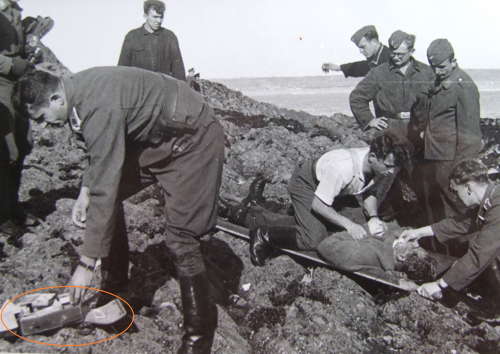 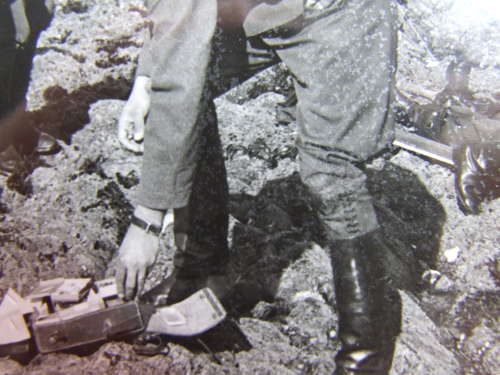 The satchel opens to reveal a cloth pocket in the lid and several compartments in the lower half. One of the cotton retaining straps for the lid is broken.

Nicely marked with a waffenampt stamp in the leather, the inside of the lid retains a full list of contents.

The final images are not included in the listing and show the aftermath of the crash of Do17P-1, WNr.4086 of 3.(F)/123 which hit the water below Rocco Tower in St. Ouens Bay Jersey during a low flying exercise in November 1940. Of interest if the medical Satchel being used by the Luftwaffe Medical officer which bears a close resemblance to this type of Satchel. He is tending to Ltn.Wilhelm Göhringer, the commander but not the pilot of the Dornier who was the only survivor of the crash but who also died later.