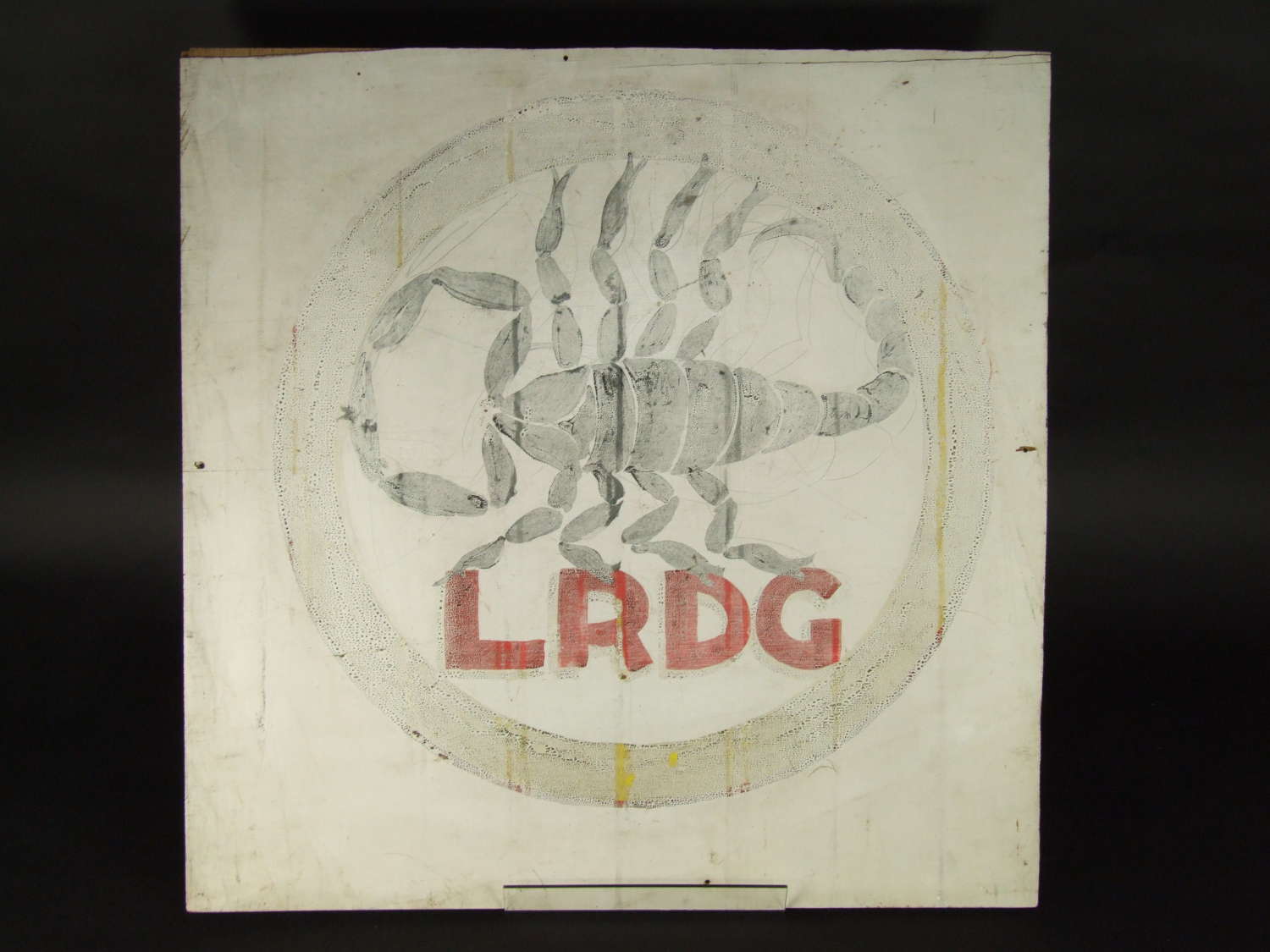 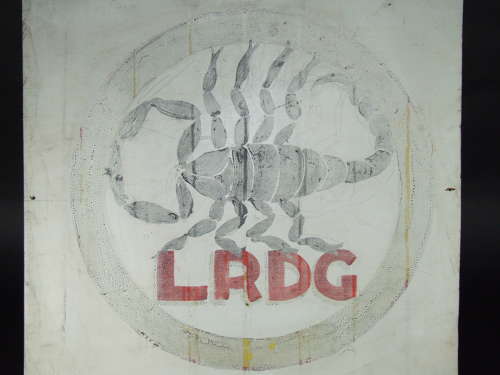 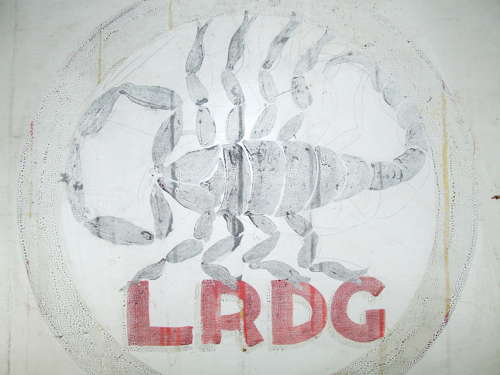 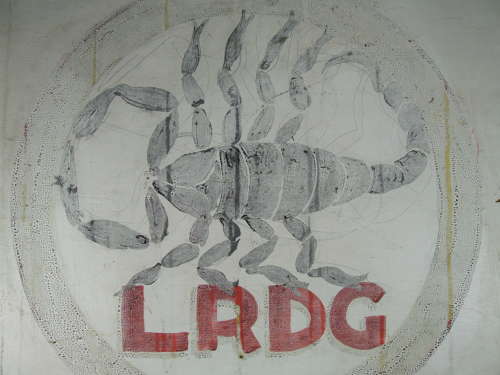 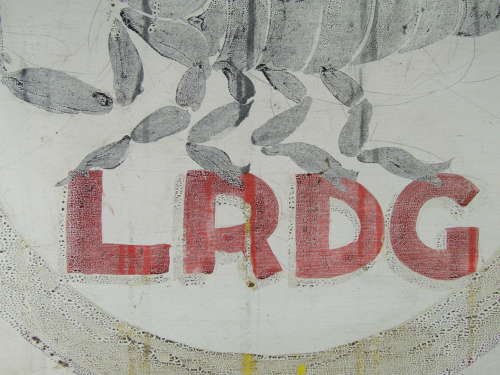 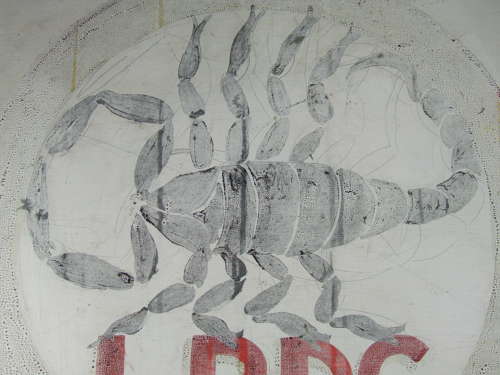 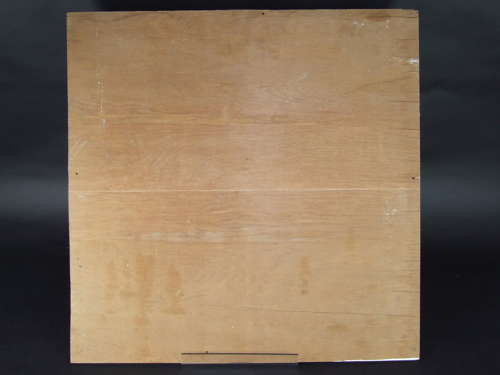 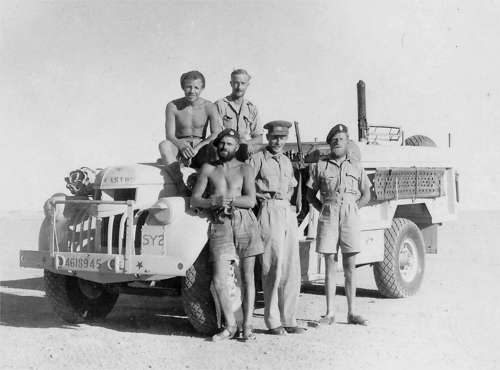 It is perhaps fitting that this Long Range Desert Group Barracks Sign is the first item of a number of LRDG items from a long established collection I will be listing over the following days and weeks.

Although I hope my commitment to selling only original items  is now well known (unless I specifically state otherwise) it is perhaps worth reiterating the point with items as rare as those of the LRDG.

The Long Range Desert Group (LRDG) was a reconnaissance and raiding unit of the British Army during the Second World War.

Originally called the Long Range Patrol (LRP), the unit was founded in Egypt in June 1940 by Major Ralph Alger Bagnold, acting under the direction of General Archibald Wavell. Bagnold was assisted by Captain Patrick Clayton and Captain William Shaw. At first, the majority of the men were from New Zealand, but they were soon joined by Southern Rhodesian and British volunteers, whereupon new sub-units were formed and the name was changed to the better-known Long Range Desert Group (LRDG). The LRDG never numbered more than 350 men, all of whom were volunteers.

The unit was formed specifically to carry out deep penetration, covert reconnaissance patrols and intelligence missions from behind Italian lines, although they sometimes engaged in combat operations. Because they were experts in desert navigation, they were sometimes assigned to guide other units, including the Special Air Service and secret agents across the desert.

During the Desert Campaign between December 1940 and April 1943, the vehicles of the LRDG operated constantly behind the Axis lines, missing a total of only 15 days during the entire period. Possibly their most notable offensive action was during Operation Caravan, an attack on the town of Barce and its associated airfield, on the night of 13 September 1942. However, their most vital role was the 'Road Watch', during which they clandestinely monitored traffic on the main road from Tripoli to Benghazi, transmitting the intelligence to British Army Headquarters.

With the surrender of the Axis forces in Tunisia in May 1943, the LRDG changed roles and moved operations to the eastern Mediterranean, carrying out missions in the Greek islands, Italy and the Balkans. After the end of the war in Europe, the leaders of the LRDG made a request to the War Office for the unit to be transferred to the Far East to conduct operations against the Japanese Empire. The request was declined and the LRDG was disbanded in August 1945.

The sign itself measures approximately 610 x 610 mm and is composed on a white painted plywood with the design beautifully created in water colour and pencil featuring of course the LRDG Scorpion. Overall condition is very good