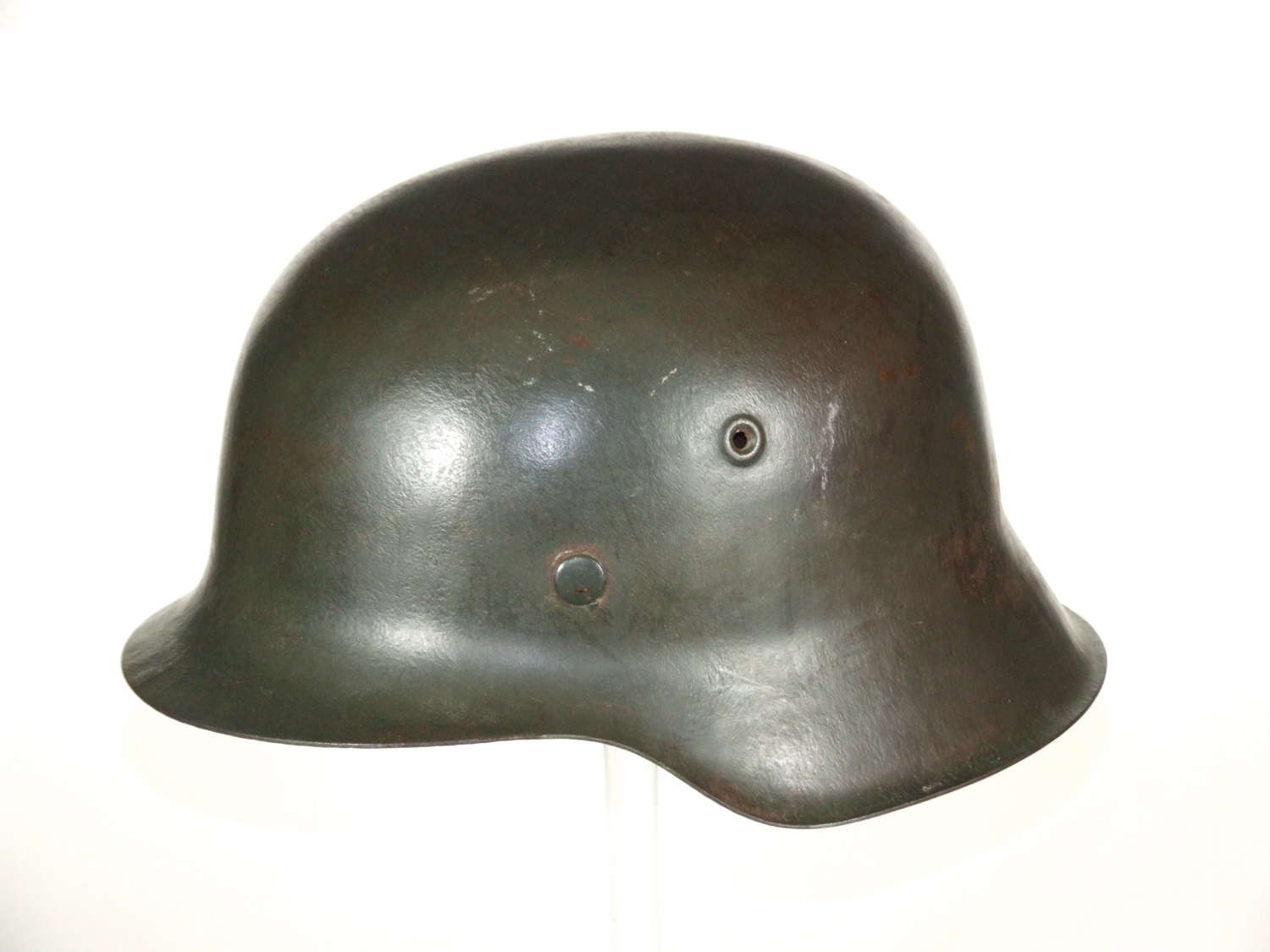 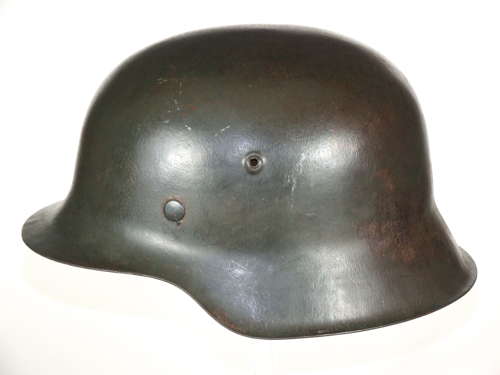 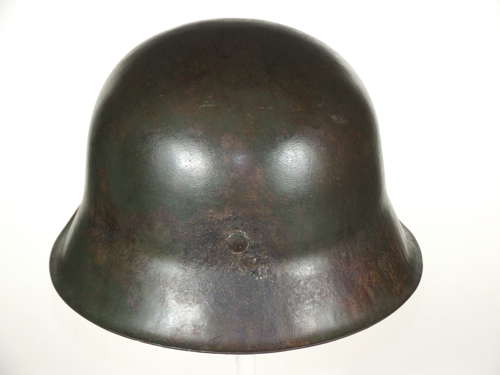 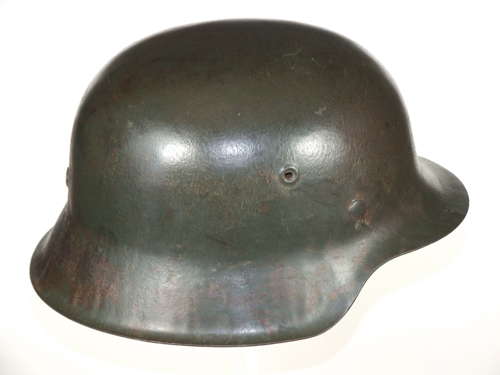 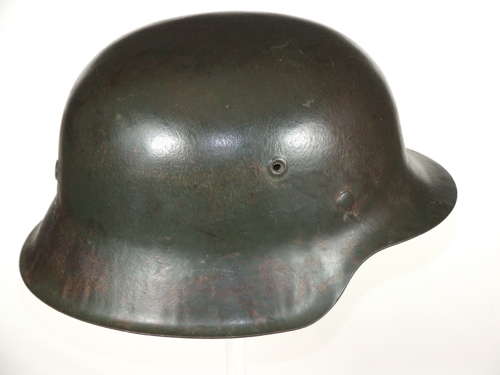 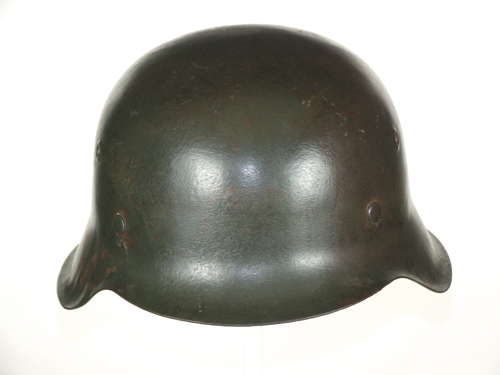 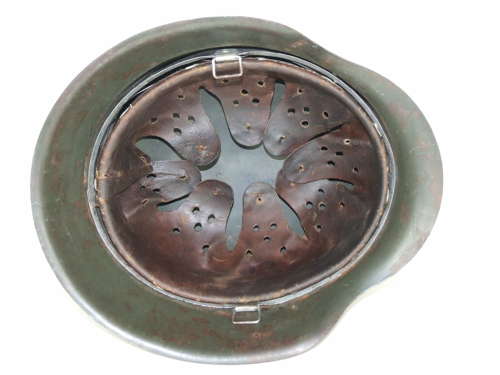 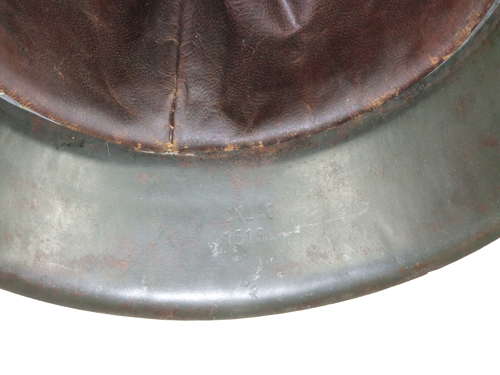 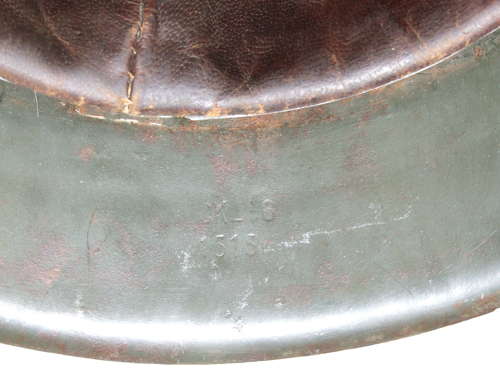 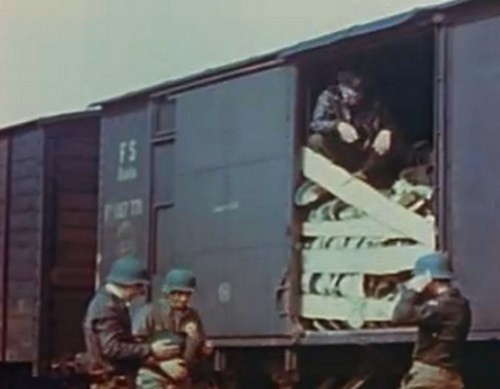 The helmet is in generally very good condition with perhaps 90% of it’s original factor paint with some areas of light surface rust.

Inside, the liner band fits firmly to the shell and I can just make out a 1943 date. The leather tongues are without damage but have been treated with Linseed oil by a previous owner at some time.

I believe the helmet to have never been issued and is perhaps one of those collected from the wrecked rail cars plundered in Germany by souvenir hungry allied soldiers. None had chinstraps as is the case here, chinstraps being issued to soldiers along with the Helmet to be fitted by them later.

Perhaps one of the last helmets produced, in very good condition and in a large size.